Proper way to mount TV on wall that might be lath-and-plaster?

I have a flat screen TV that I have always mounted on drywall using plastic drywall anchors—eight of those has always held it up just fine and I probably could have used just four.

New home is in a 1940 building (New York City), and the wall is not drywall, it’s a wooden board with plaster over it. My searching on the subject suggested that lath & plaster is likely for the time and place, only the wooden board doesn’t look like lath from the photos I have found.

Here is what the interior of the wall looks like, as seen in the cut-out for various cables relevant to the TV: 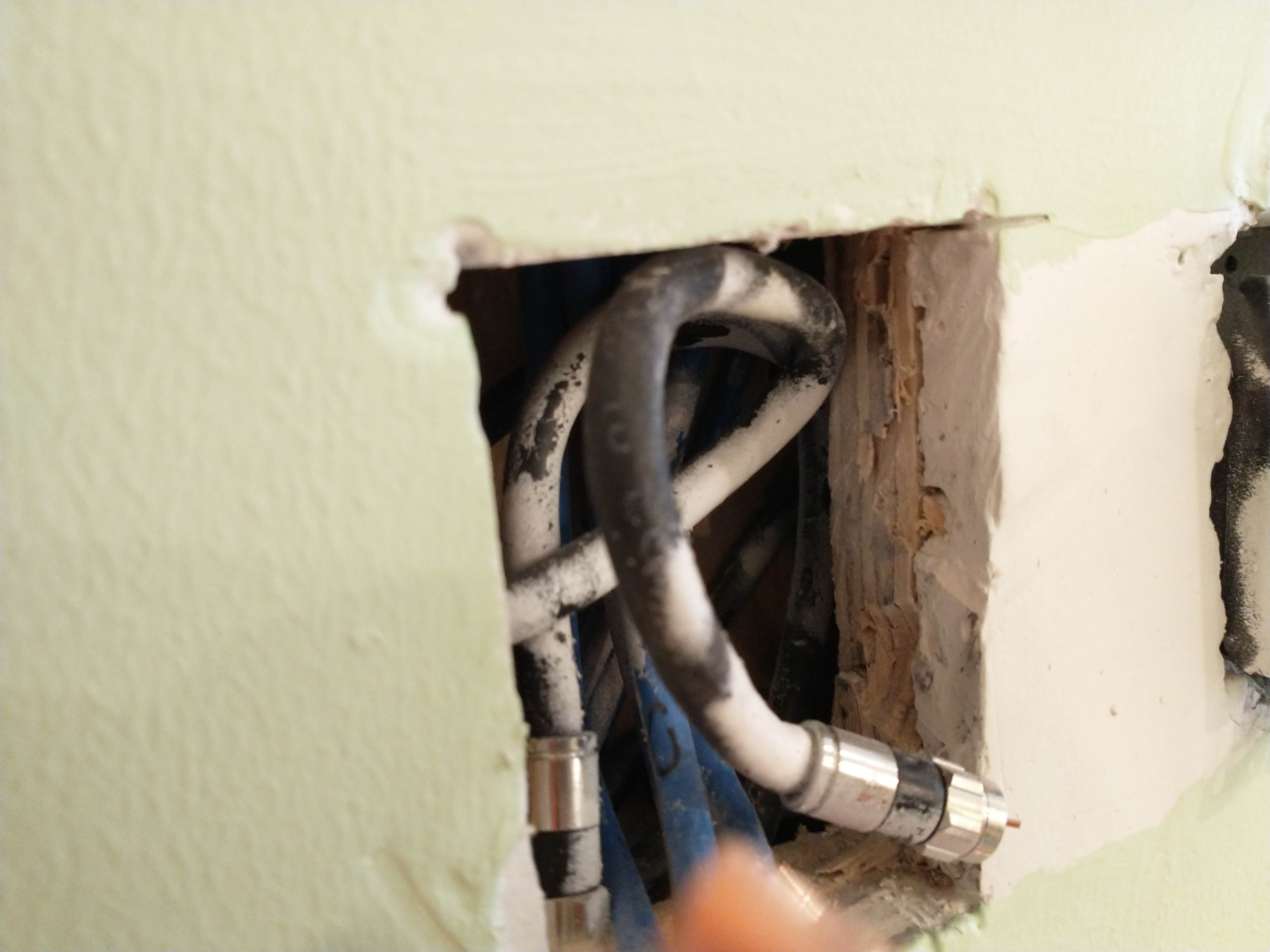 (Yes, I also wish they had used proper jacks for those wires; the bedroom side of this wall is worse and I’m not yet sure what I want to do about that.)

I can’t get a good photo of the far side of the wall space, but it’s the same kind of board, as far as I can see (which isn’t very but maybe a foot or so) in all directions. It’s not thin strips like I usually see described for lath.

So what is the appropriate hardware to buy for this kind of wall, that will hold the TV securely to the wall? There are some holes in the wall already, looks like they drilled four holes and inserted sort-of-similar plastic pieces past the plaster and into the wood, but I’m not sure exactly what they are (they’re in pretty deep and I can’t see them very well) and what the process is.

The wood that's visible around the edge of that opening is plywood. I would suggest opening up several other boxes throughout the apartment (or at least along that wall) to see if they're all like that.

If this wall seems to have a consistent plywood backing, you're in luck because all it takes is a few of the appropriate sized lag bolts (specified in the instructions of your wall mount) and you're good to go. You can hang that thing anywhere you want - plywood has a lot of strength and can take the weight of just about any TV/mount combo out there. So much so that the frequent recommendation is to attach plywood to the studs then attach the mount to the plywood. You just get to skip the first step.

I believe most TV wall mounts are designed so the span at least (2) wall studs. So unless your adamant about the location on the wall all you need to do is locate (2) adjoining studs. Do this with a stud sensor and/or tape measure.

Once they are located set the mount at the height you prefer, mark the holes, drill, lag bolt and hang TV.

Not the answer you're looking for? Browse other questions tagged walls mounting lath-and-plaster or ask your own question.

13
Am I having trouble finding studs because my walls are lath and plaster?
7
How can I tell if I have rock or wood lath plaster, and is there a difference when repairing cracks and peeling/flaking?
4
How do I patch a large hole in plaster and lath?
1
Found Lath and Plaster wall under remodel drywall. Is it restorable?
2
How to deal with lath and plaster over top plate of partition wall?
6
How to patch a wood lath plaster rounded corner?
4
Can I use hollow wall anchors in a lath and plaster wall?
0
Securing French cleats to drywall over lath and plaster with structural screws
3
Do 1920s homes with lath-and-plaster walls have lath-and-plaster ceilings?
2
Would a metal lath wall support a piece of wall-hung furniture?