On 15th December 2020 we became aware of a burst pipe on the side of our house. The source of the leak was the cold water pipe leading into the hot water system on the side of the house (brick veneer). I believe that the pipe had been leaking for about 2 days, and the temperature during this period was approx. 30°C (we're in Australia).

My wife noticed the sound of running water late at night - I investigated and found the leak. We noticed the the plaster board wall in our bedroom (directly opposite the leaky pipe) was quite damp and had slightly leaked out on to the floor (but was fairly contained, and easy to mop up with a towel).

I immediately turned off the water supply, and a plumber came the next day to fix the source of the leak. The plumber said there was a lot of dampness in the wall and he recommended I file an insurance claim to deal with the dampness and possible mould issue.

When I looked at the meter, it had registered 3 months of water usage since the last meter reading (which was 2 months ago). So a 50% increase in water usage over the 2 month period.

The insurance company sent a company with a dehumidifier which ran for approximately 2 days straight (except when going to sleep) pointing at the wall. Prior to the dehumidifier running, they used a moisture detector on the wall and it had an extremely high reading. After the 2 days, they came to collect the dehumidifier and it was still measuring a high reading (but they took it away as it was Christmas and we were going on holidays). They said at this point, the dehumidifier didn't appear to make a difference and recommended someone come to look inside the wall.

A few weeks later someone came and did another moisture test and the reading was close to "normal". This was corroborated with a plumber who used a thermal moisture detector and couldn't detect any moisture in the plaster, but detected a very slight increase in moisture at the skirting board (pictured).

The skirting board spans the entire length of the bedroom wall, and removing it is not a small job as it may damage the plaster.

Based on what I have outlined above, is the insurance company right when they say the probability of mould is low in this scenario? My biggest concern is any potential health issues caused by the mould. I'm not sure if this is a case of "I can't see anything, therefore it's probably not there" or if they are just cutting corners here.

Photos below of the skirting board in question, and the source of the leak. 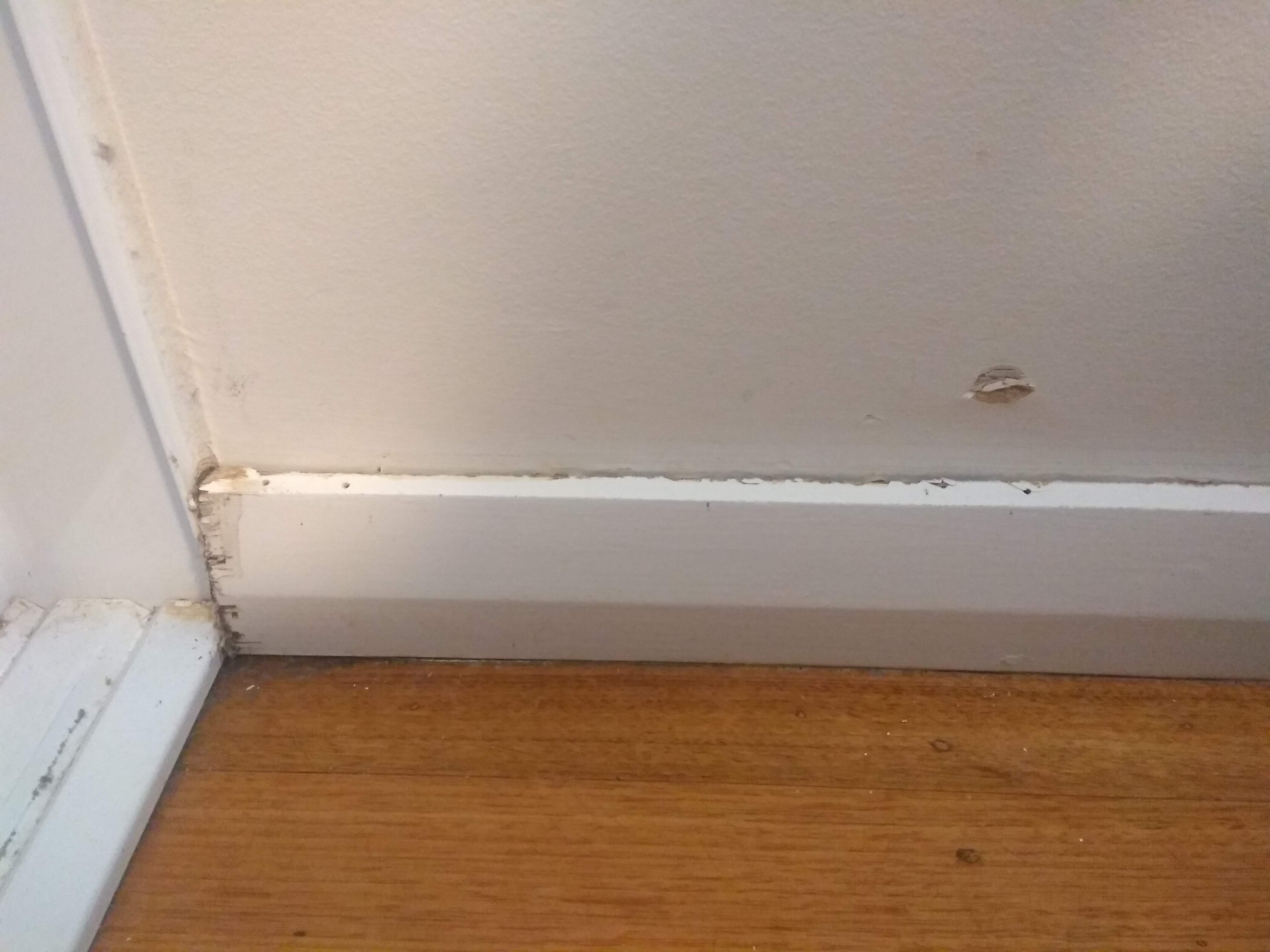 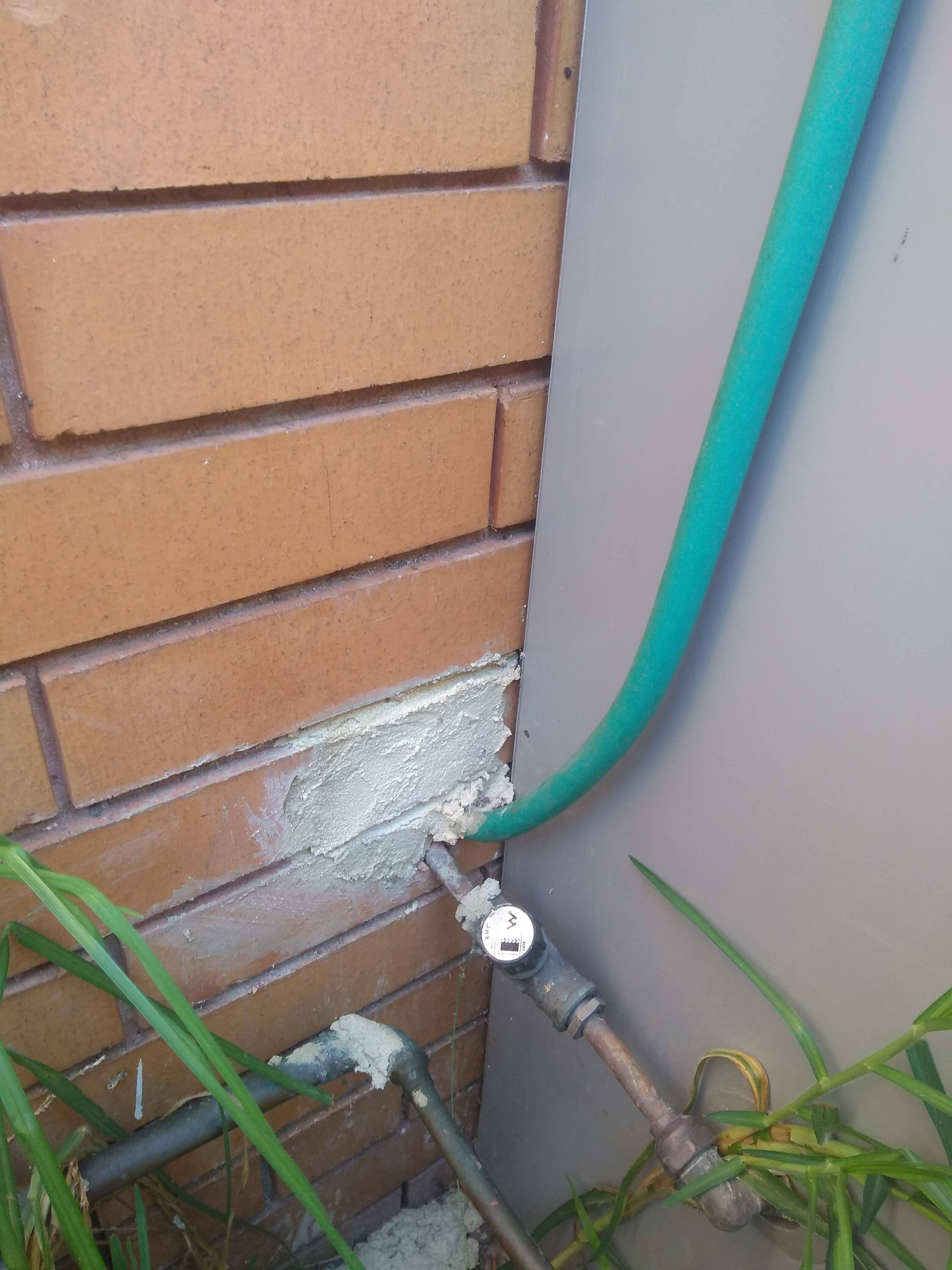 The inside walls of your home will have mold spores from day 1 keeping the home well ventilated and dry keeps the mold from growing. If you look in your attic you will probably see some black spots that’s mold. Mold needs moisture to grow if the wall is dry it won’t grow so at this point if the area is dry there won’t be mold growing since it sounds like there was no insulation to hold the moisture. With that information having remodeled many homes both for myself and professionally the insurance company is most likely right. They would not want to have the wall covering to start failing when it could be a cause of this pipe failure. And further damage resulting from not doing things right the first time. So I believe they are correct and you will have no problems.

Not the answer you're looking for? Browse other questions tagged leak mold skirting or ask your own question.

1
How to repair leak mould under bathroom floor tile?
1
identifying drainage problems without pulling up the floor
1
Kitchen Cupboard Mould issues
0
Repairing water damage to plaster over concrete block
1
Mould removal - how bad does it need to be before cleaning isn't enough?