Ask Question
Asked 3 months ago
Active 3 months ago
Viewed 119 times
3
This question already has answers here:
Mounting a monitor arms clamp on an IKEA desk, what can I use to distribute the load? (2 answers)
Closed 3 months ago.

I saw this monitor clamp crush a hollow Ikea desk: 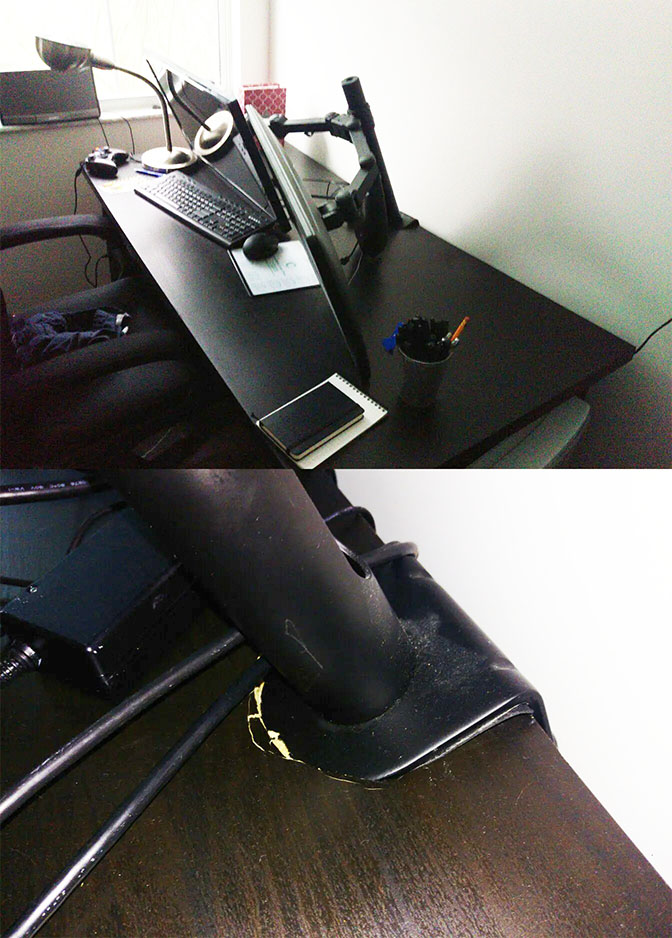 To prevent this, the load of the clamp should be spread. But spread how? Say I had a 1.5mm thick sheet of steel. 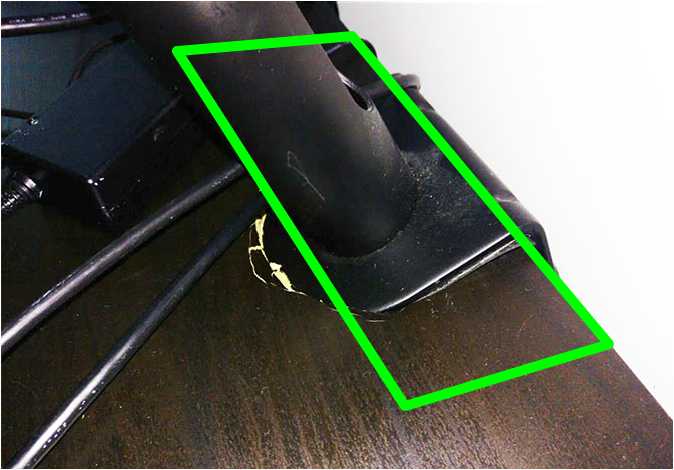 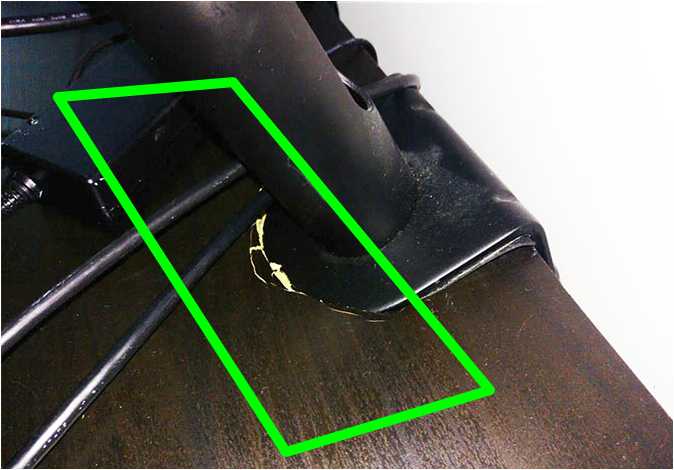 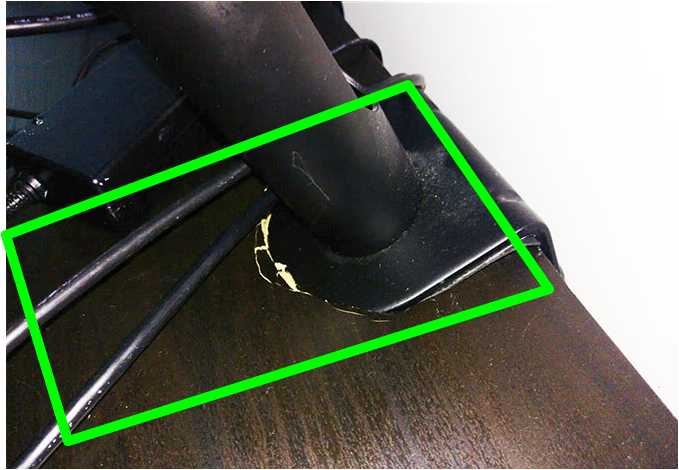 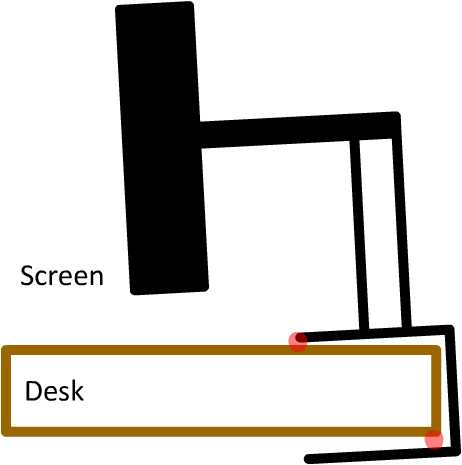 tight clamp, the red lines are where the force is spread: 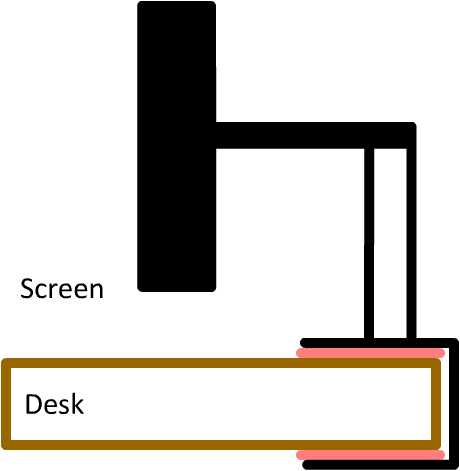 Or would there still be a concentration of force at the red dots as the monitor moves the centre of gravity and adds a torque effect?

This question is not the same as Mounting a monitor arms clamp on an IKEA desk, what can I use to distribute the load? ; that question asks how, this question is more specific as it asks why.

Browse other questions tagged desk or ask your own question.

1
Mounting a monitor arms clamp on an IKEA desk, what can I use to distribute the load?
13
Fix puncture in Ikea Linmon table

0
Best solution for file folders of custom wooden desk drawer?
1
How can I transmogrify a fixed monitor post in to a variable height monitor post?
3
Wobbly desk with IKEA tabletop and IKEA legs
0
Best way to mount a floating L-shaped desk to a brick wall
3
I am using tongue and groove planks for a desk. What's the best substrate to use?
0
Best way to mount a wooden tabletop to a flat surface
1
Mounting a monitor arms clamp on an IKEA desk, what can I use to distribute the load?
3
Can a large hole be reliably drilled in a table _by hand_?
0
How can I cover a window in a nice way