I have a condensation problem on the inside of my garage roof. I noticed it in November, lots of condensation forming on the roof but only at the back half of the garage which is slowly being converted into a utility room. This hasn’t been a problem before, my only thought was maybe the tumble dryer was causing the problem as it is also located in the same area. I decided to buy some foam insulation at 75mm thickness as the void between the wooden beams and the garage roof was roughly 150mm therefore I knew using 75mm would leave another 75mm air gap between the insulation and roof. I did the job using foil tape to seal all joints and even spray foam in small gaps but make everything as air tight as possible.

Today I decided to check the roof, running along side the garage is a full length passage way that has the same flat roof as the garage and I didn’t insulate this part as I wanted to inspect the garage roof over the utility room for more condensation. To my horror it is probably worse now. Water drops are dropping onto the foil back foam insulation with more condensation forming on the roof. It’s also so cold in there at the moment that some of the water is turning to ice. I can only assume one of two things is the reason. 1.) I need to also insulate the passage way too or 2.) some how the tumble dryer is still managing to penetrate through the insulation and create condensation. I’m slightly at a loss here. I’m not a great DIYer but will do what I can to sort this issue if anyone has any ideas? 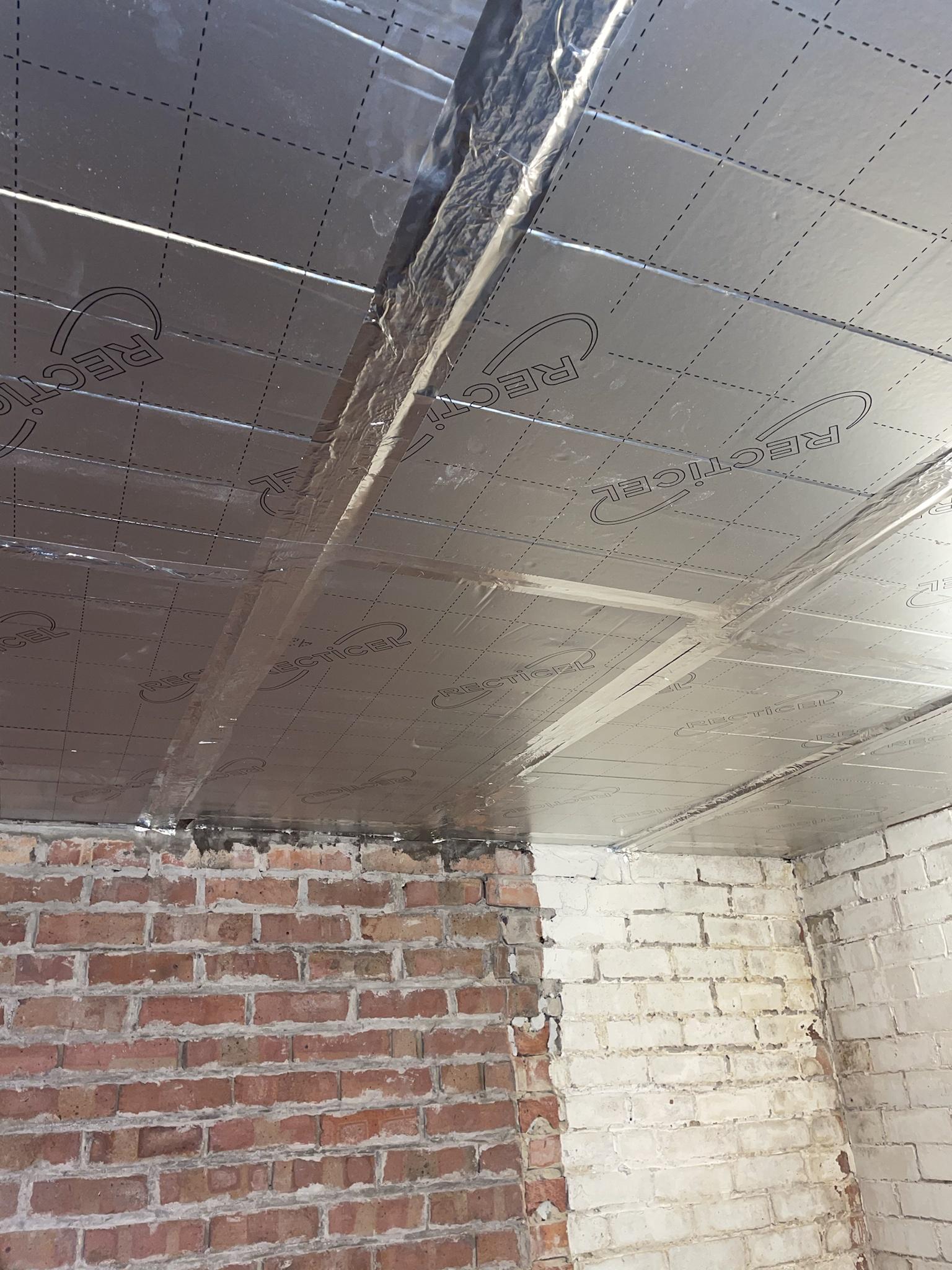 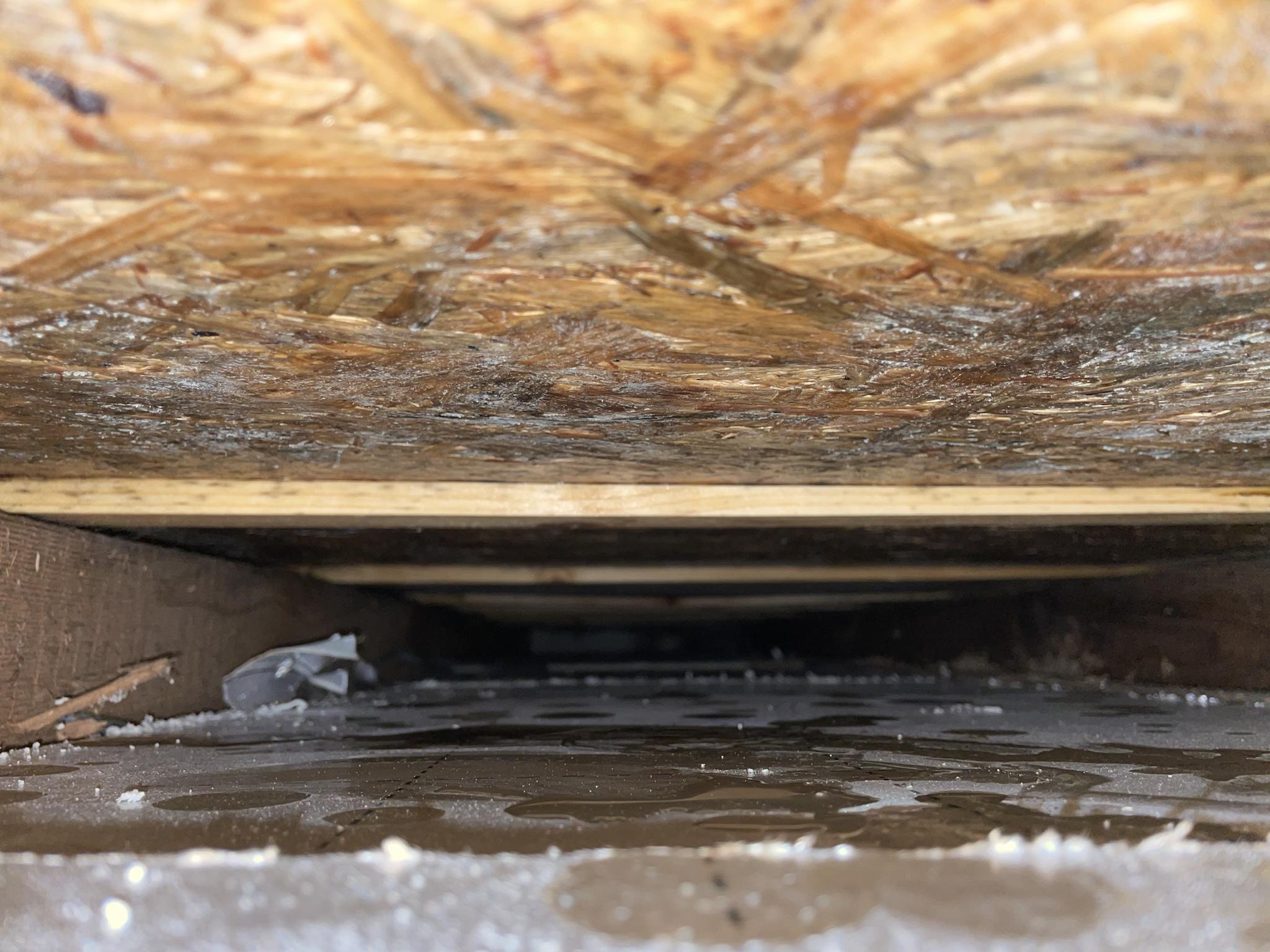 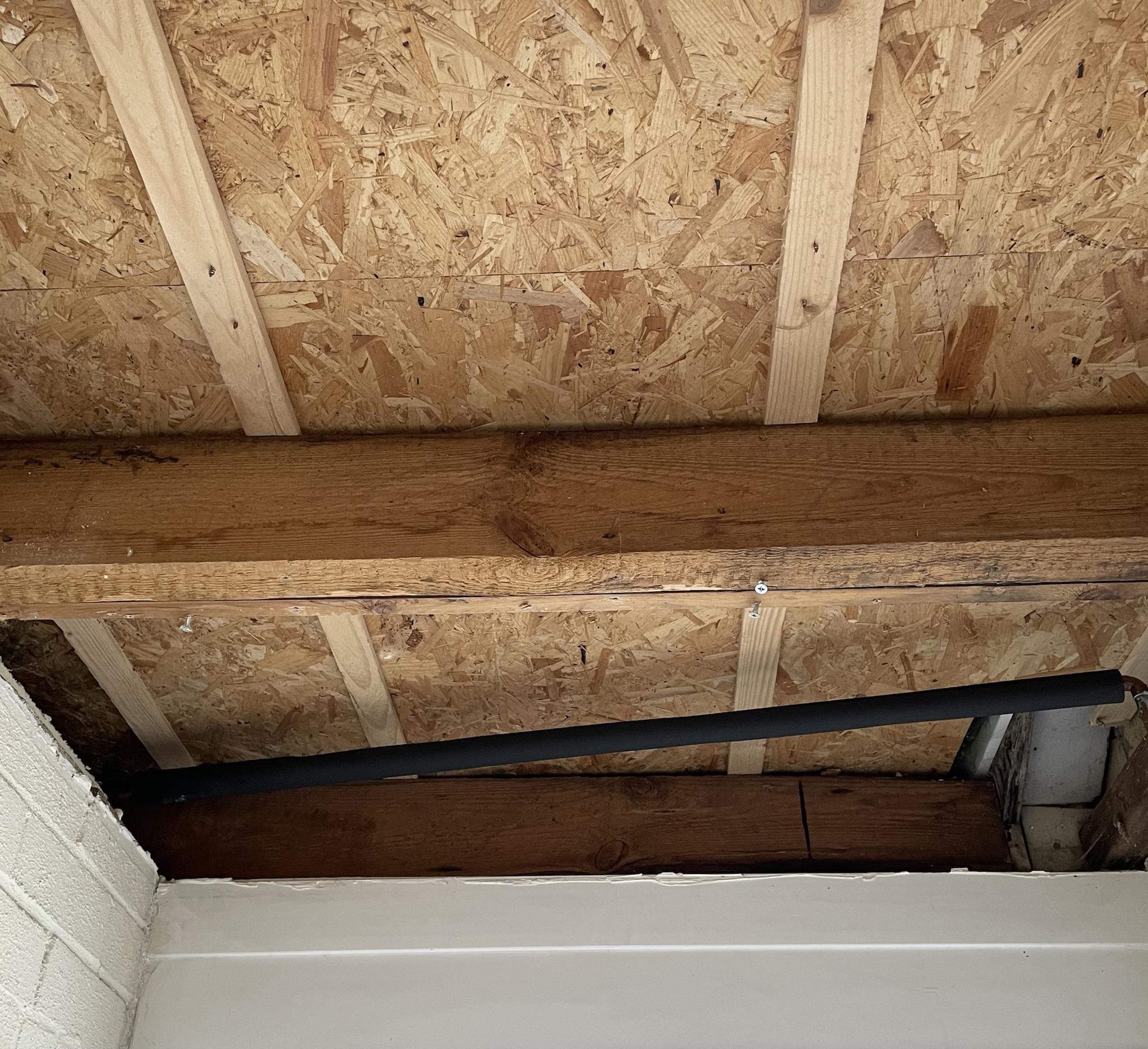 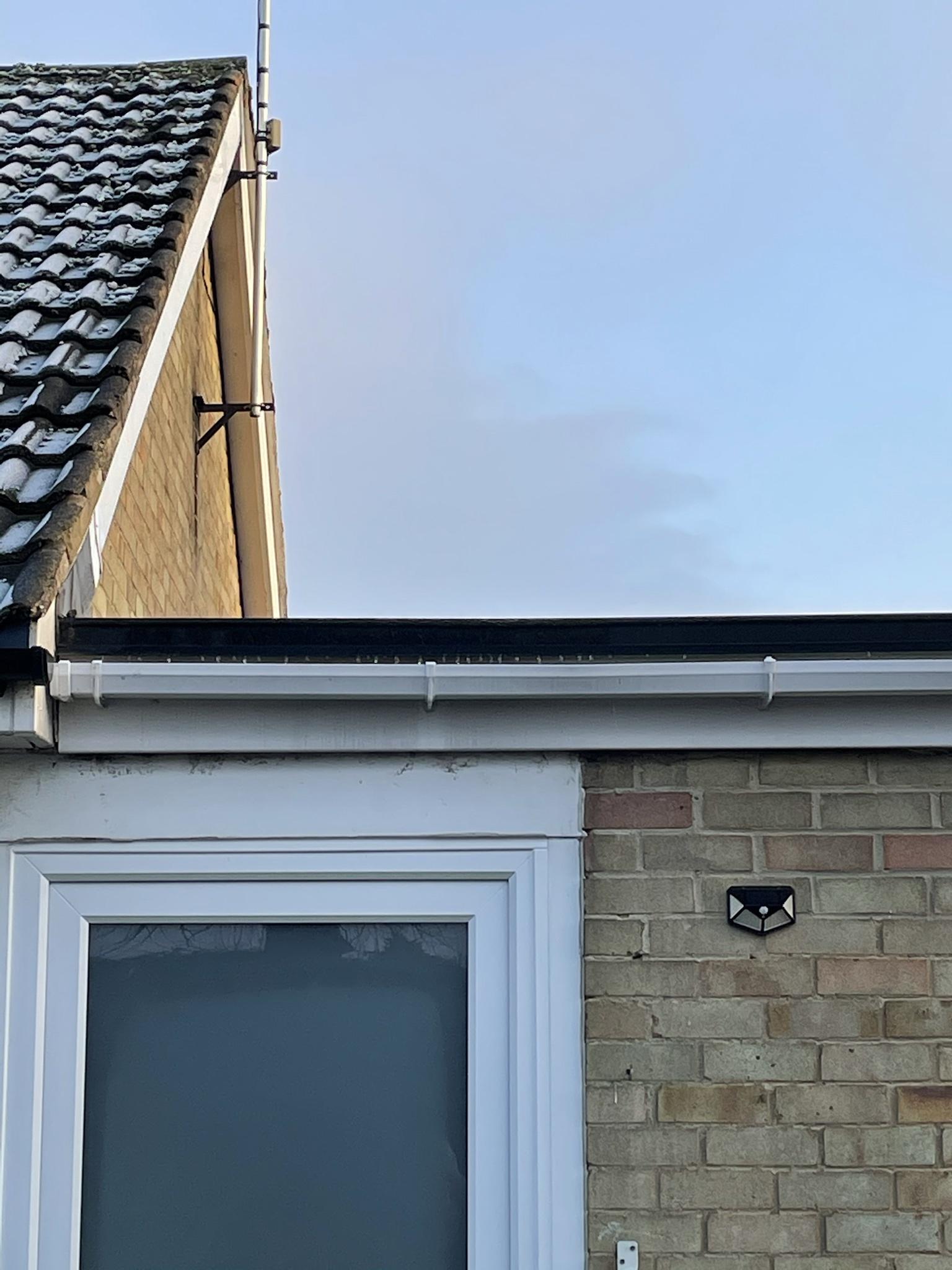 The principle at work here is basically this: condensation, or dew, forms when humid air is exposed to a cold surface. More specifically, it forms on a surface when the temperature of the surface is below the dew point of the air. It's the same thing that happens when droplets form on the outside of a glass holding an ice-cold beverage.

One way to prevent the condensation forming is to keep the air-exposed surface warmer. Obviously the exterior of the roof is simply going to get cold in winter; there's nothing to do about that. What one can do, though, is apply vapor-impermeable insulation to the interior side of the roof deck and keep the interior space warm. "Vapor impermeable insulation" often translates to "closed-cell spray foam." With this foam applied the water vapor in the air can reach the foam's surface but can't permeate deeper into the roof assembly. The foam's surface is warmed above the dew point by heat from the room and condensation is prevented.

The other (and more common) way to prevent condensation is to control the dew point. This is done by controlling the relative humidity, which in turn means controlling sources of water vapor and venting whatever vapor is created. This is why we often use layers in exterior walls and roofs:

The foil facing on your insulation should be a good vapor barrier especially because you've taped the joints. Somehow, though, vapor is getting around the barrier. Maybe you can improve this.

When you've done all you can to control vapor sources and to establish a vapor barrier, then next defense is to ventilate the roof/attic space to exhaust whatever vapor gets in there.

Not the answer you're looking for? Browse other questions tagged insulation roof garage condensation or ask your own question.

1
How do I avoid condensation issues with an insulated garage roof?
7
Do I need to add roof vents if I close off a small attic space in the garage?
1
Should I install a vapor barrier on the bottom of my garage ceiling?
1
Do I have to worry about condensation on plywood over rigid foam insulation in the attic?
1
How do I insulate my garage ceiling?
0
How to build sunken shed foundation with insulation