How do I switch this old NZ 3 gang light switch to a modern smart switch? 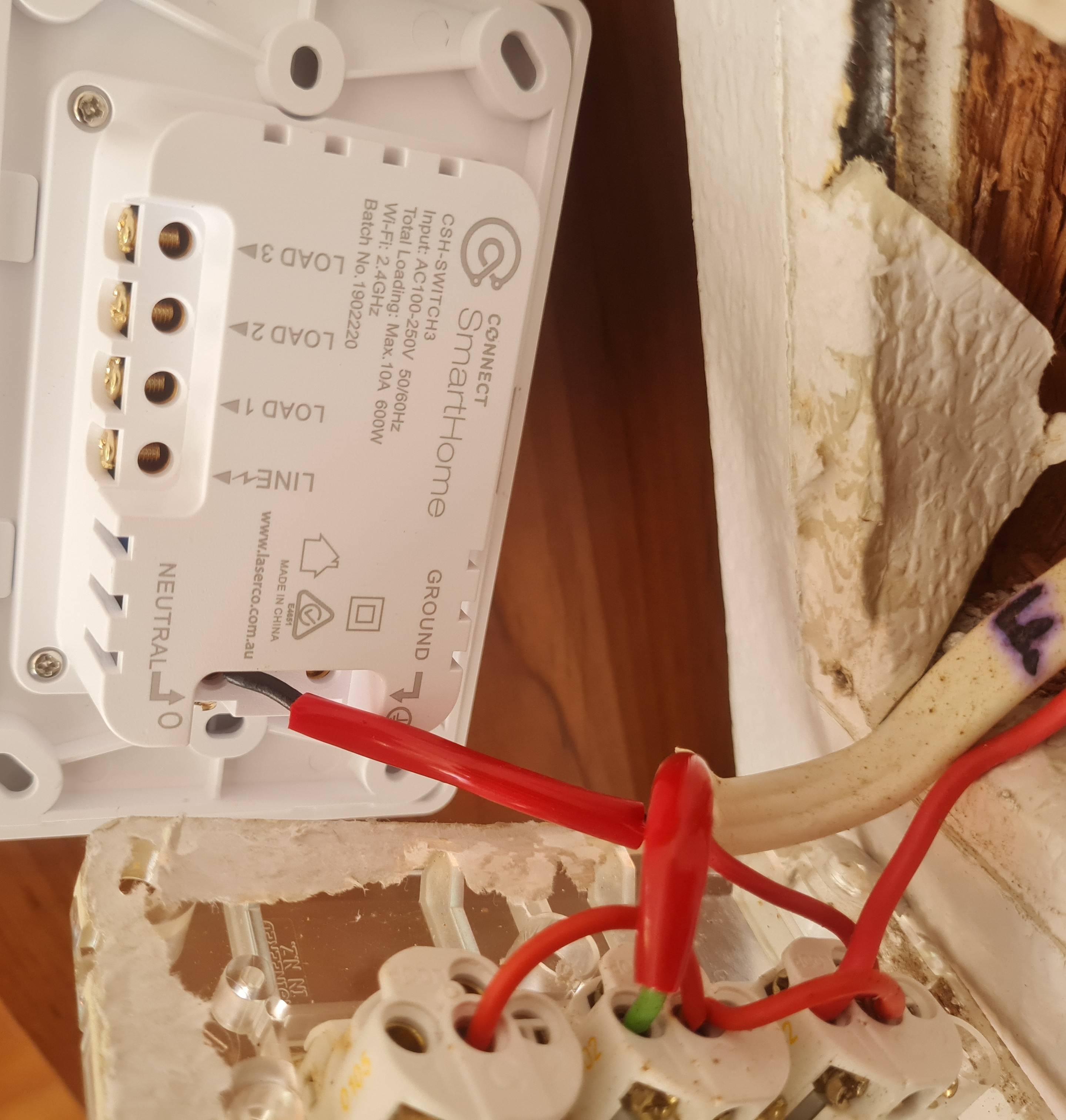 I am trying to switch over an existing NZ three gang over to a smart switch. In the old wire colour code, my understanding is that red is live, black is neutral, and green is ground.

I have already moved the black wire from the leftmost "1" slot to the neutral slot in the new switch.

Arg. We must get this question a couple times a month. The short answer is you may not be able to. In addition your picture is obscuring some of the wires so nobody can answer it anyway. Plus there is one other possible issue I'll discuss at the end.

In SOME setups they do indeed bring the neutral into the switch box. BUT IN NO CASE DOES THE NEUTRAL CONNECT TO THE SWITCH. The black wire there is covered in a red piece of plastic - tape or whatever - indicating that it probably is feeding one of the bulbs - it's a switched hot. Particularly since you pulled it out of the switch.

Now, there IS a sort of corn-pone scheme sometimes used here where they bridge over one of the lamps with a capacitor. This allows enough leakage current to power the smart switch without having to have the neutral in the box. The switch supplier should be able to explain how this works and where to insert the cap if they support something like this. This sort of nonsense isn't used in the States but apparently in 220v regions there's a high enough voltage differential to make it work I guess.

Lastly the other problem is where exactly did you get this switch? Unlicensed electrical gear from China has flooded the "smart switch" market as there's apparently a ton of people outside the US that are desperate to install smart switches. If that thing came off Ebay or Amazon it is sure to be either a counterfeit or just a plain old unlicensed here-today gone-tomorrow company that has illegally used the RCM trademark on it.

In the United States electrical gear like switches mostly comes from electrical supply houses or independent brick and mortar hardware stores or the 2 major big box building supply stores. (big orange and big blue) All of these jealously guard their electrical supply chains. You can walk into any of these and buy Zwave or Zigbee smart switches over the counter.

The counterfeiters and garbage-grade stuff comes from Amazon and Ebay but since the real stuff is available via the brick and mortar stores, most people are content to buy the Leviton smart switches over the counter in the US. But it sure seems like the rest of the world has a big problem with it. I don't know enough about NZ to know what goes on there and if what you have in your hand is safe or not but my gut feeling is that the switch you got there can't be powered by the capacitor trick. You need to go back to the supplier and see what they say.

Not the answer you're looking for? Browse other questions tagged switch smart-switch or ask your own question.