I want to replace my regular bathroom lightswitch with a combo outlet/switch. Seems the wirebox only has 2 wires but i do see a 'mysterious' third wire in the back that is not connected to anything there. All videos i've viewed about installing combo outlet/switch requires 3 or more wires. My apartment building was built in the 1940s and our Super said the building wasn't wired with ground.

Anyone know if installing combo outlet/switch is a possibility with the wiring I have now? 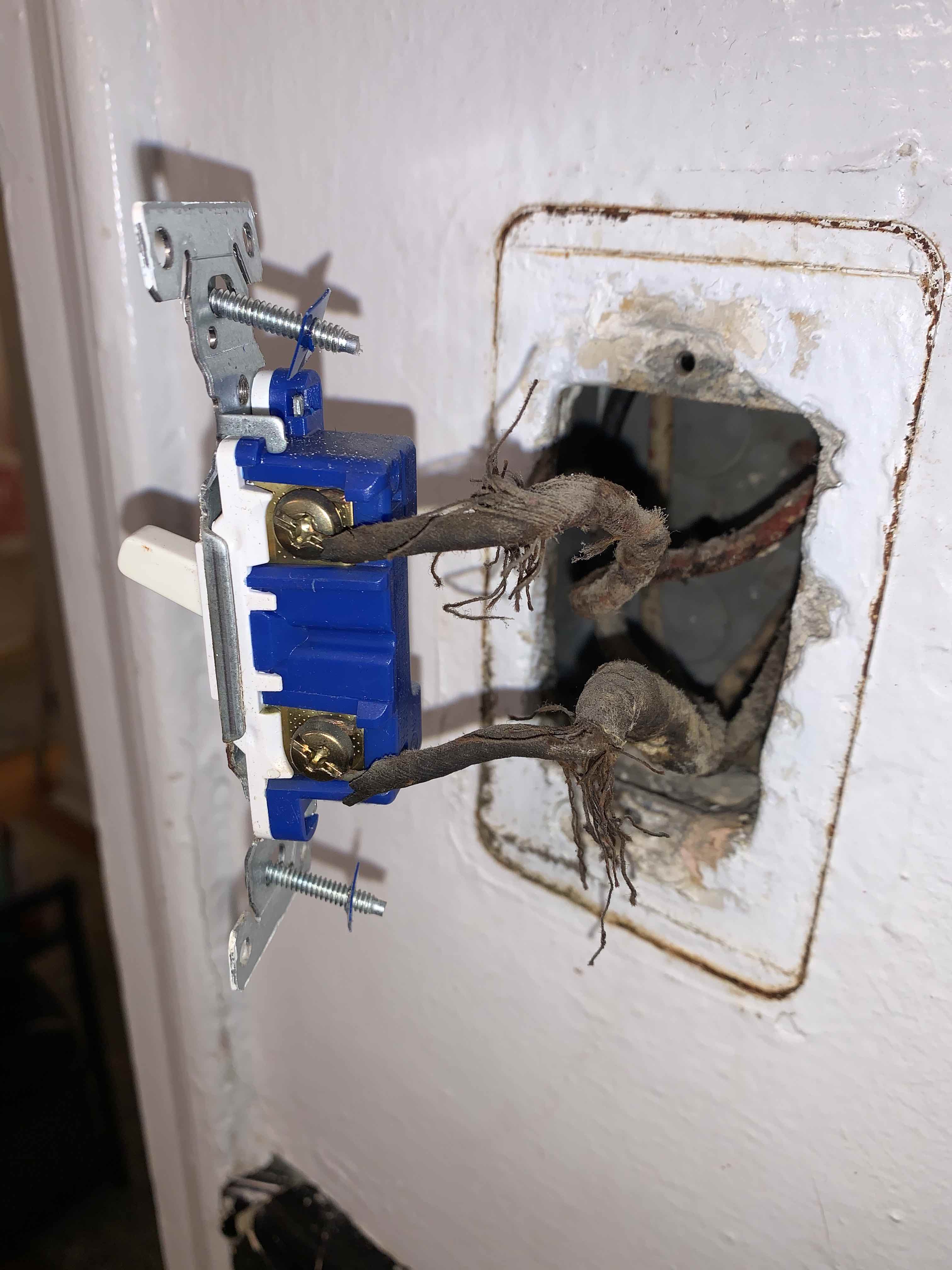 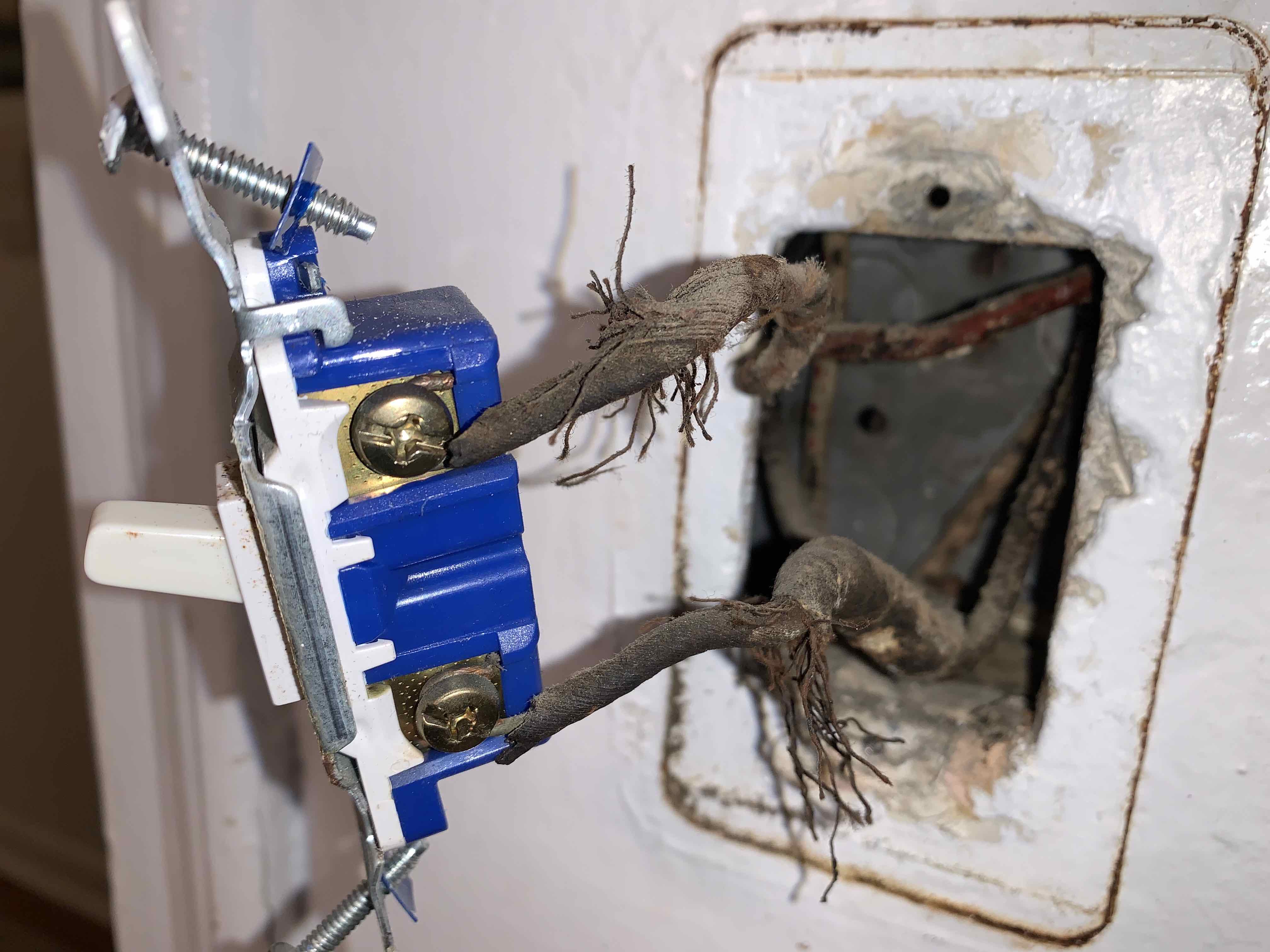 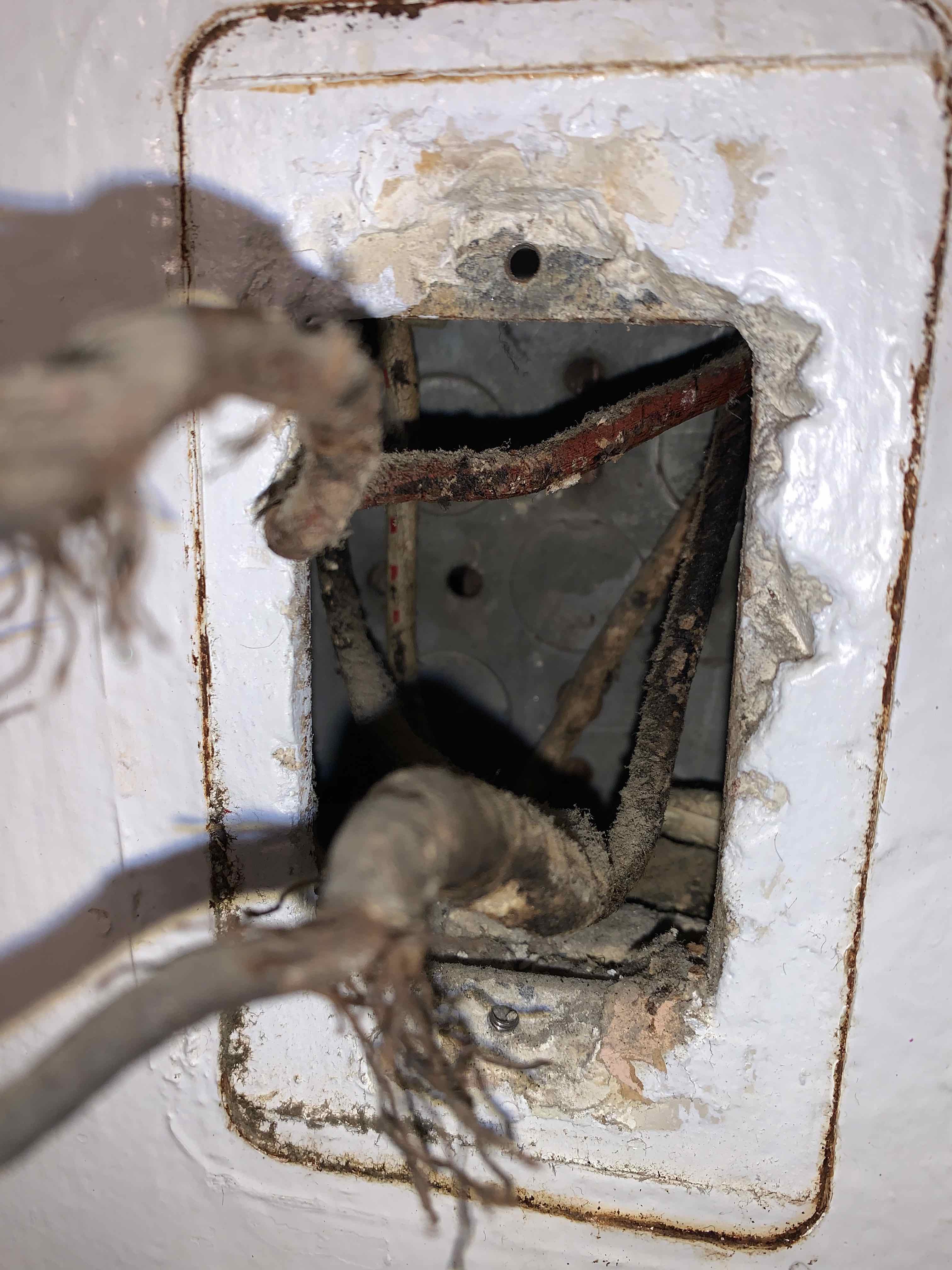 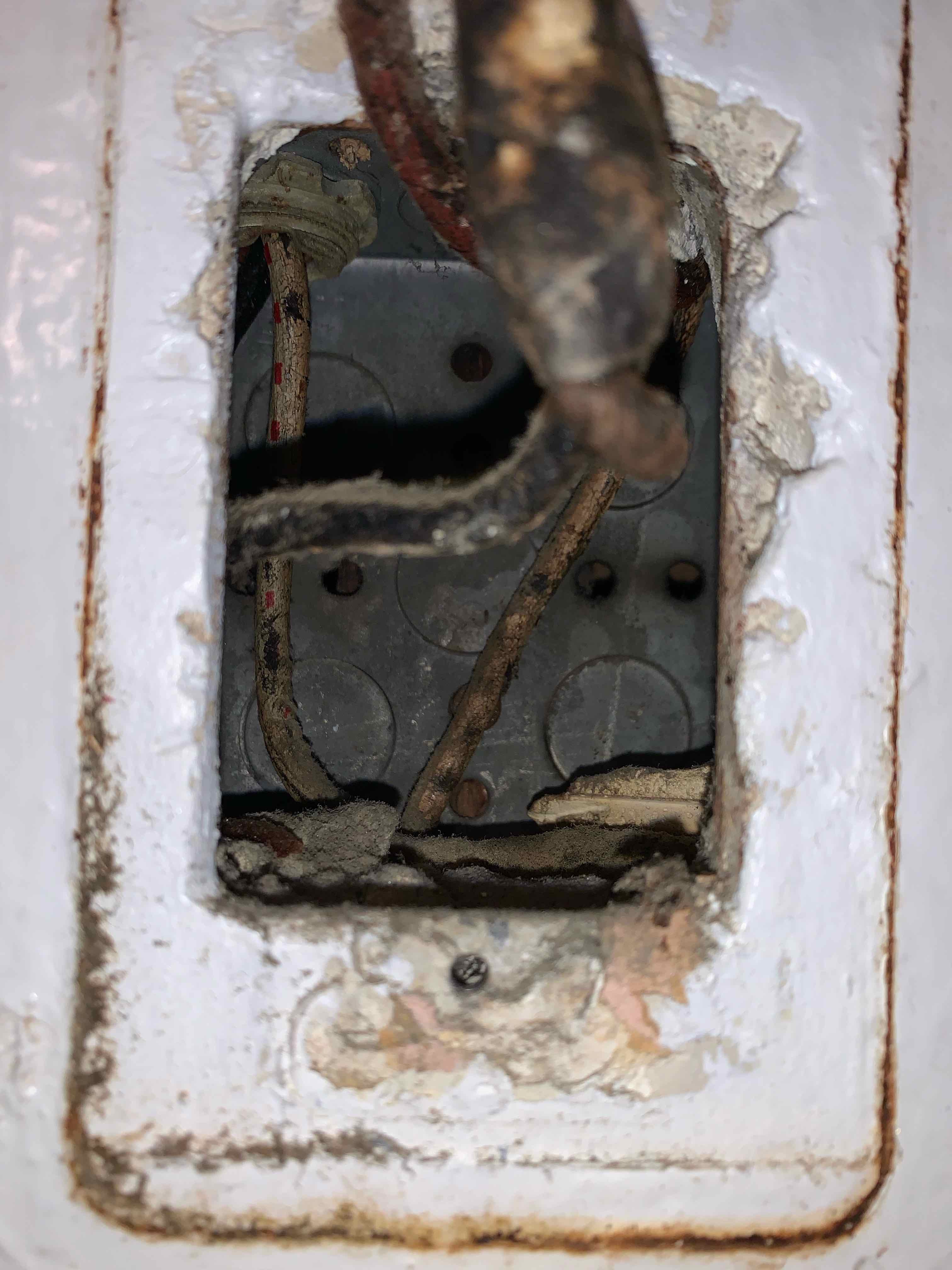 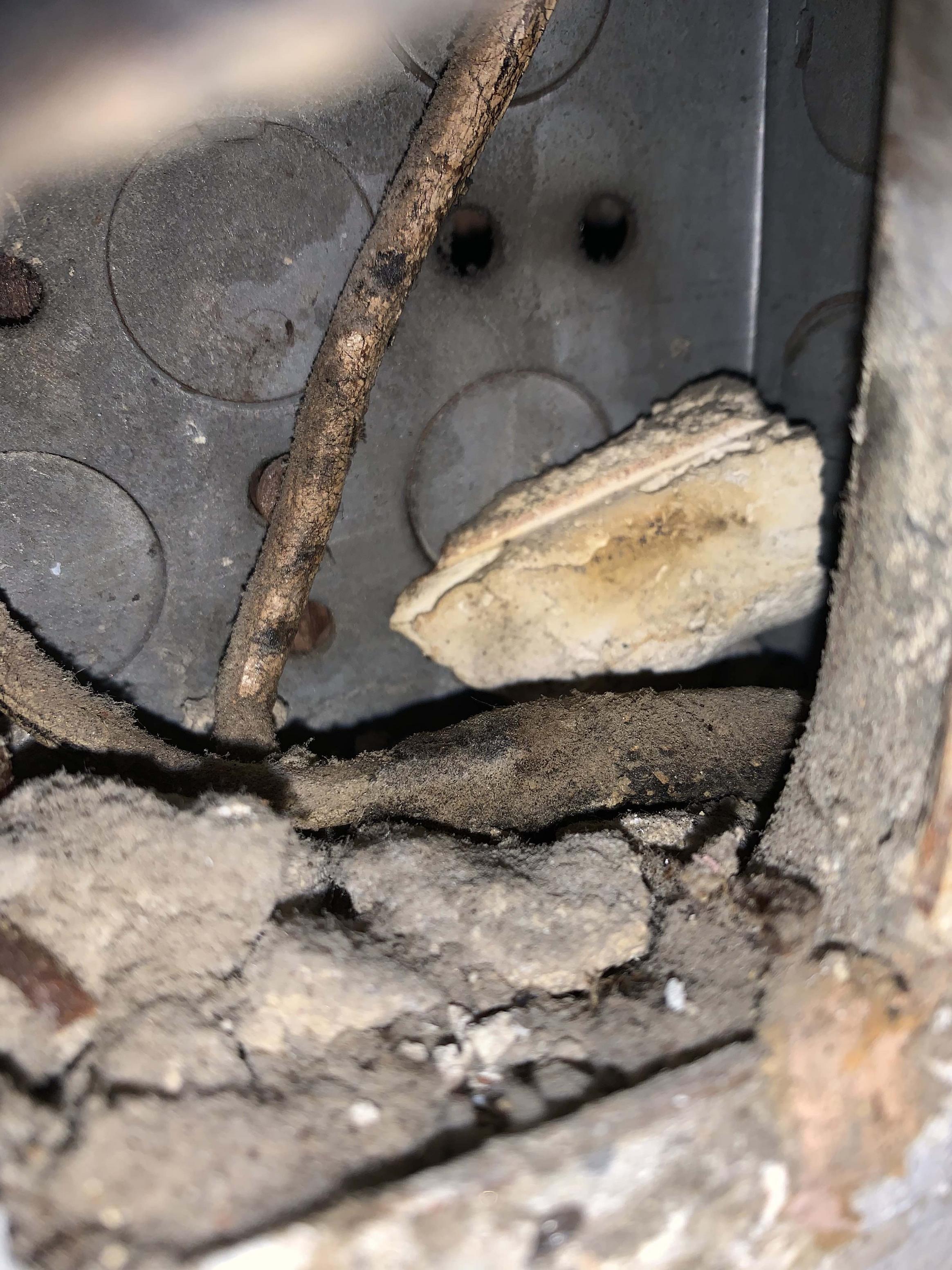 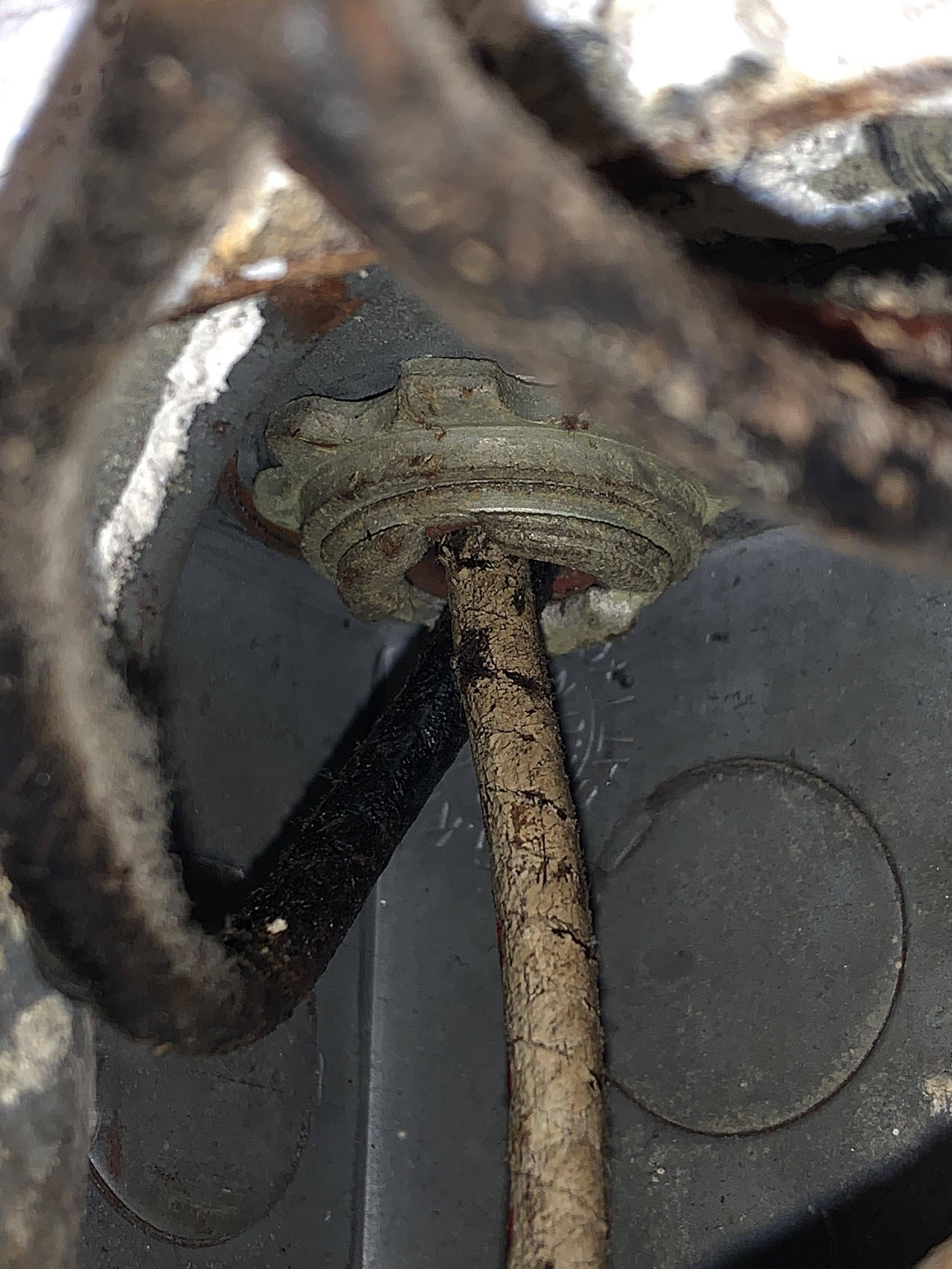 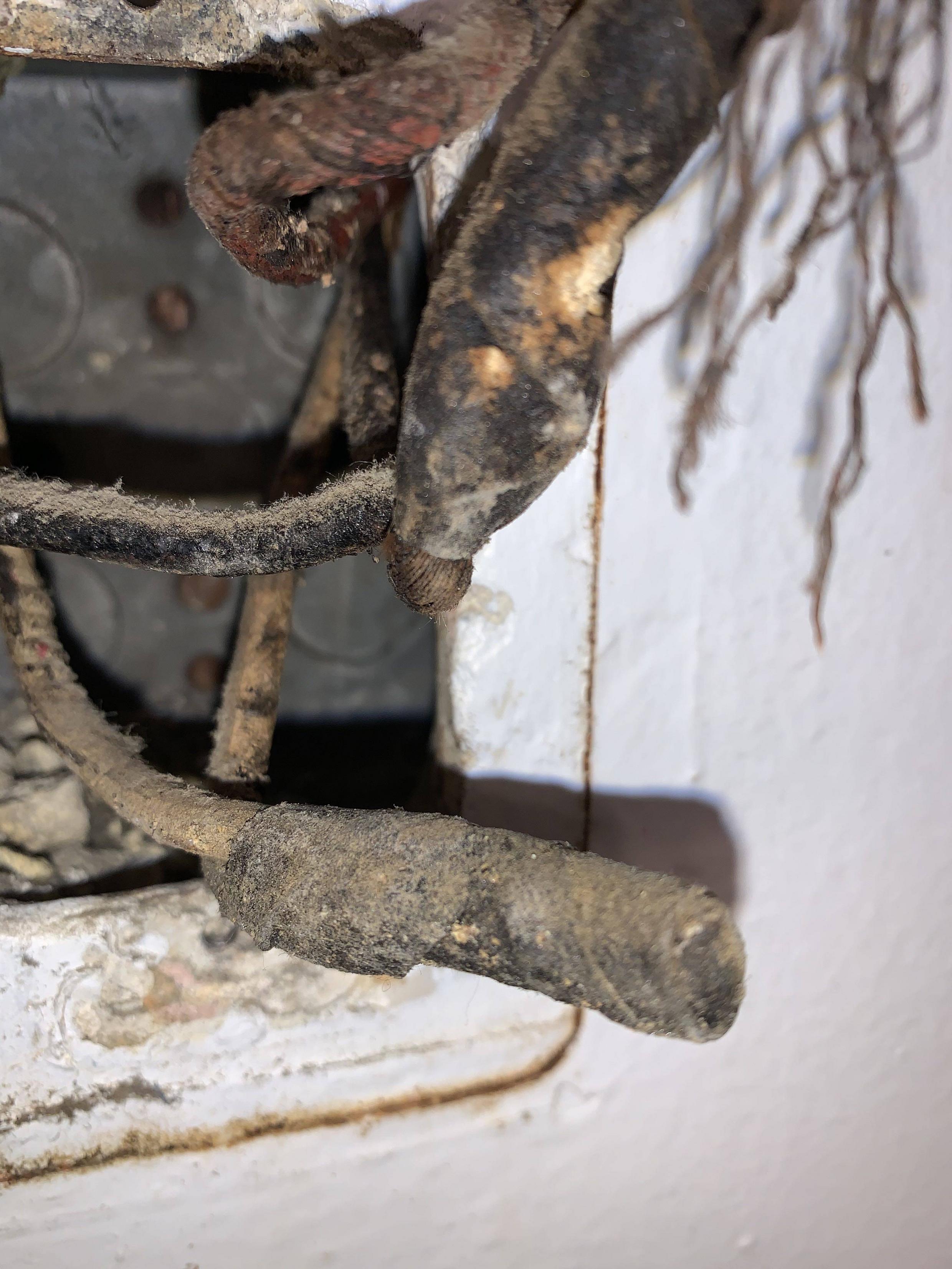 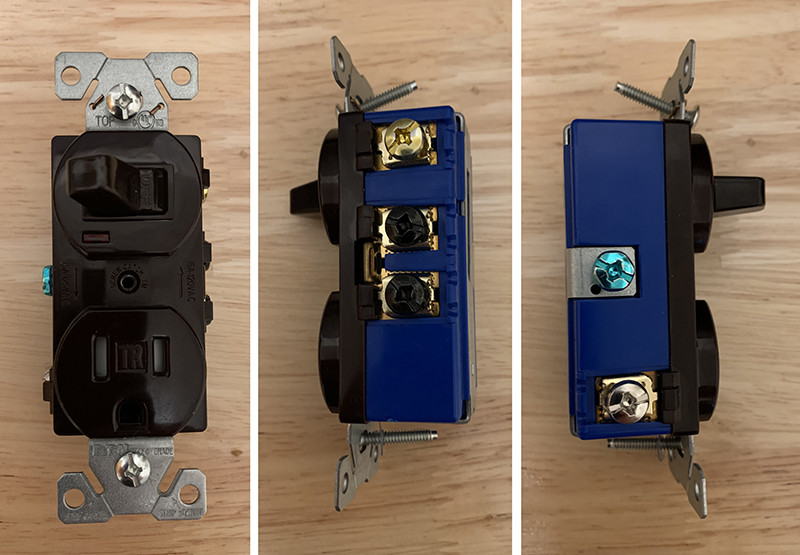 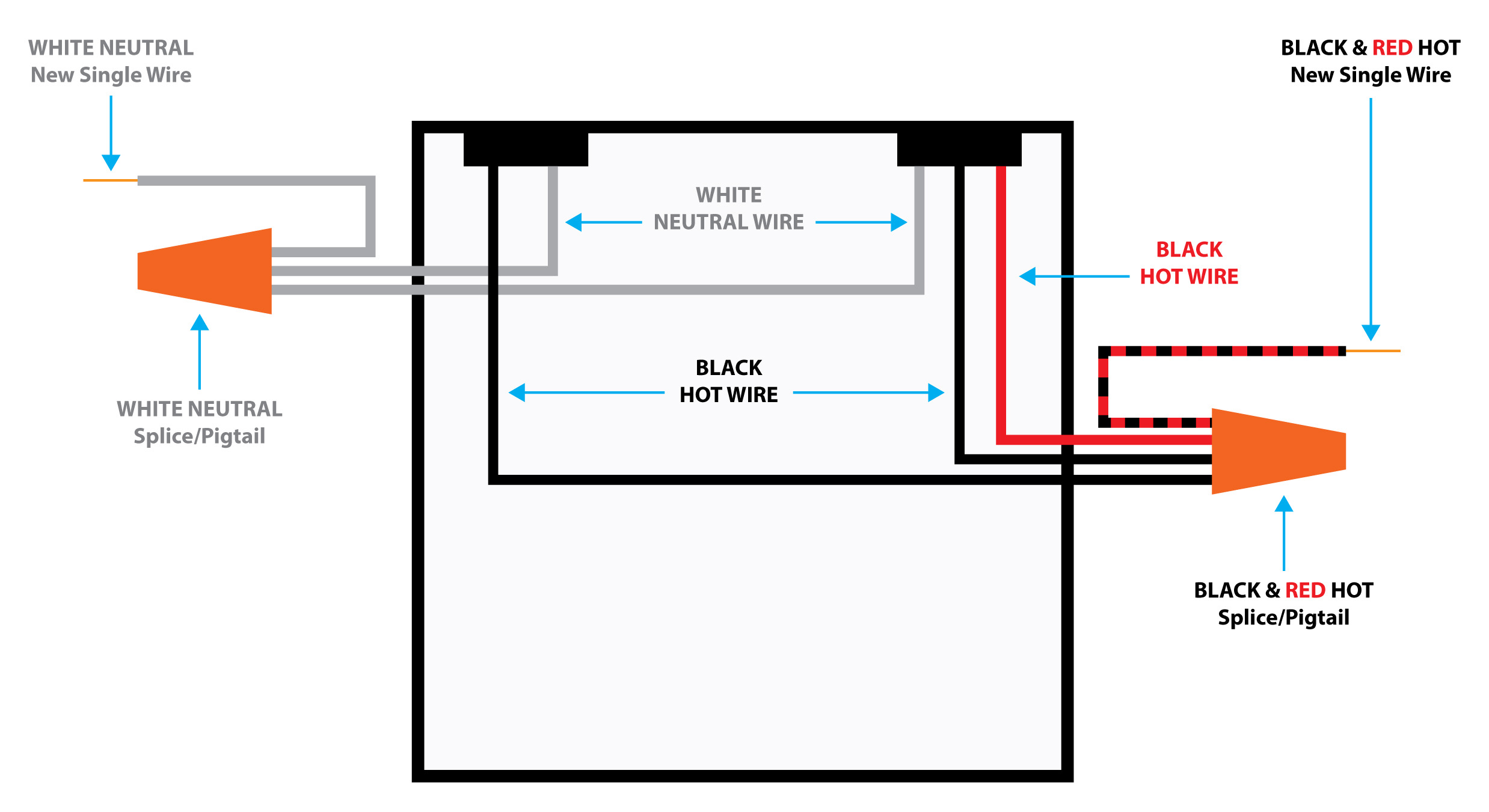 That weird wire is your neutral, and the conduit's your ground

Your building was wired using what appears to be cloth-covered wires in metal conduit. This would not be atypical for a large or high-rise building in the 1940s, especially in an urban area with strict building codes. The mottled pattern you see on the wires in the back of the box is a simple fact of aging, by the way -- those two wires were originally white, and still are much lighter than the other wires in the box. As a result, we know that those two "weird" wires are actually white neutral wires, with power coming in from the top left and going to an in-line splice with a pigtail to the switch and an always-hot heading off to the top right, where the switched-hot also departs the box. Furthermore, since we have metal conduit here (from the lack of paper packing or jacketing peeking through), we know that the conduit itself provides grounding here.

As a result of that, and since this circuit serves only this bathroom, we are clear to install a GFCI/switch combo receptacle here. You'll have to cut the existing splice in the neutral out and add a neutral pigtail to do this, though, as well as cutting out the existing pigtail splice in the hots and replacing it with a new splice and pigtail that also joins one of the switch wires into the bundle of hots. The other switch lead gets connected to the switched-hot then, and the hot and neutral pigtails we created land on their respective LINE terminals on the GFCI. The LOAD terminals stay unused, and you can either use a grounding pigtail to connect the GFCI's ground screw to a 10-32 ground screw driven into the back of the box, or use a self-grounding GFCI/switch combo that's listed for grounding through the mounting screws.

2
Why is my GFCI/Switch combo working in such an odd way?
0
How do I wire this GFCI receptacle/switch combination device?
4
Strange light switch wiring... why would neutral and hot be connected?
0
Upgrade from outlet/switch combo to GFCI + outlet
0
Change GFCI outlet/switch with regular switch
0
Light switch wiring is confusing me
0
How to install GFCI combo switch and outlet with only 2 wires
2
Three sets of wires for two switches in bathroom
4
How can I wire this switched GFCI combo outlet with two neutrals and two hot wires?
3
Installing Switch/outlet combo so that outlet is separate from the switch