I'm replacing my shower trim and having a hard time removing the old chrome shower arm (bit that screws into the copper piping behind the wall and extends from the wall a few inches to the shower head).

I've tried heating it and then attempting to unscrew it with a pipe wrench but it absolutely won't budge. I cut some more of the dry wall around it so I could see what's going on at the joint, and it appears to be soldered together.

Does this look like something I would need to open up the wall further to properly remove, or is there something else I could do? 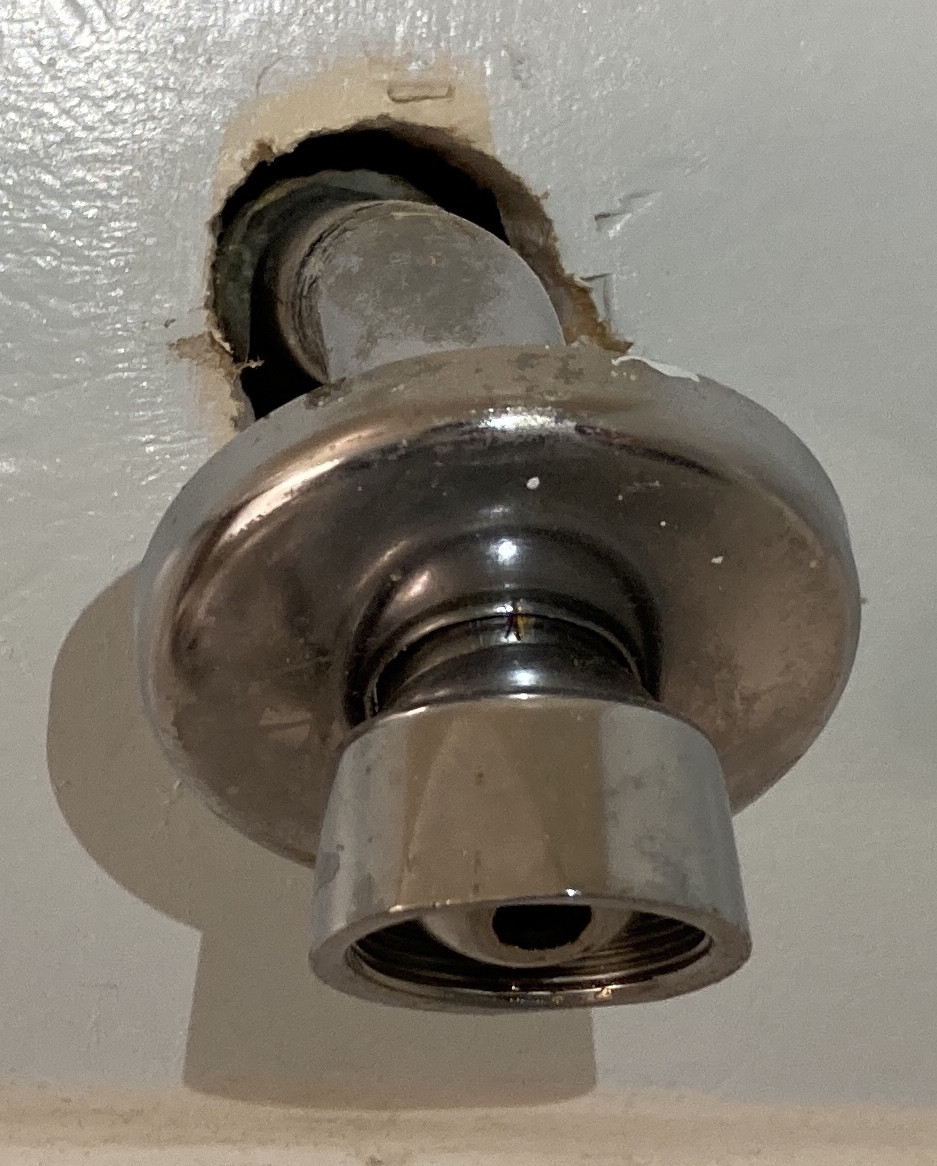 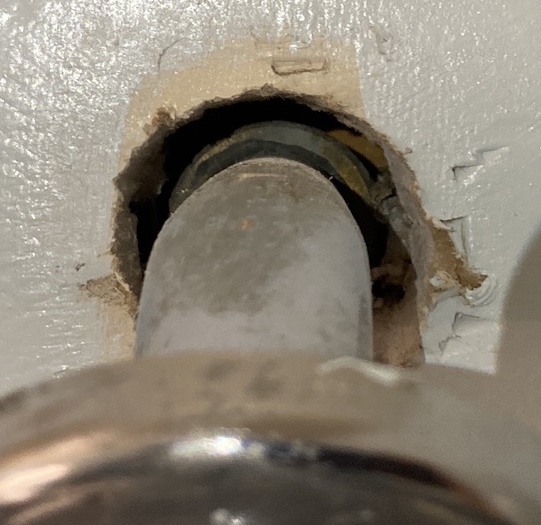 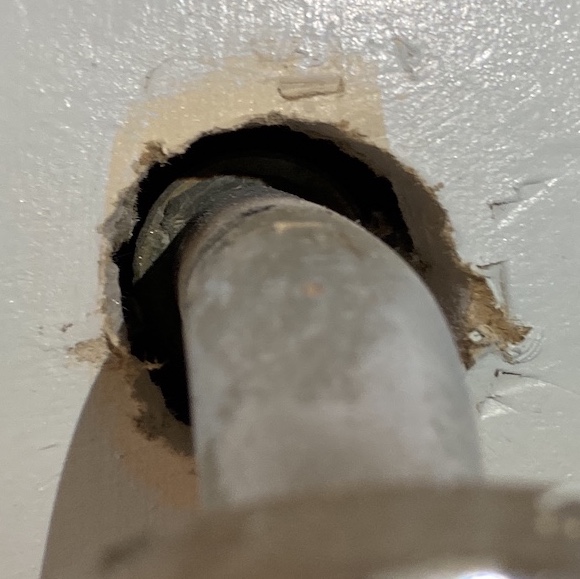 It does look as though someone made their own bent arm from copper pipe and sweated it onto a Male Adaptor (MA), you can see the hex shoulder of the MA inside where it threads into the right angle fitting. But in doing that, they created a weak point in that the copper pipe will likely collapse and twist off before that threaded joint breaks free. The MA has that hex shoulder to use to tighten and loosen it BECAUSE the copper pipe is too weak for that, but now that hex shoulder is buried into your wall to where you may need to cut out the wallboard to get access to it. That's a shame.

I would first try putting some penetrating oil on that fitting and tap the pipe for a few minutes to work it in, see if that helps break that fitting free without having to open up the wall.

Not the answer you're looking for? Browse other questions tagged plumbing shower soldering or ask your own question.

3
How can I fix a broken shower elbow?
-1
How to disassemble Harden (Symmons) tub/shower valve trim?
2
Can a low-flow shower head cause a leak behind the wall?
1
Shower arm - thread sticking out of wall is too long
0
Pressure testing downspout and shower nipples
2
Do I need to replace the wall after a shower head leak?
0
Is a threaded brass drop ear elbow really the right fixture for in-wall attachment of shower head?
2
Cannot unscrew stuck shower arm
2
Can a solder joint handle torsion force?