Provide details and any research

Here's a photo of the box: 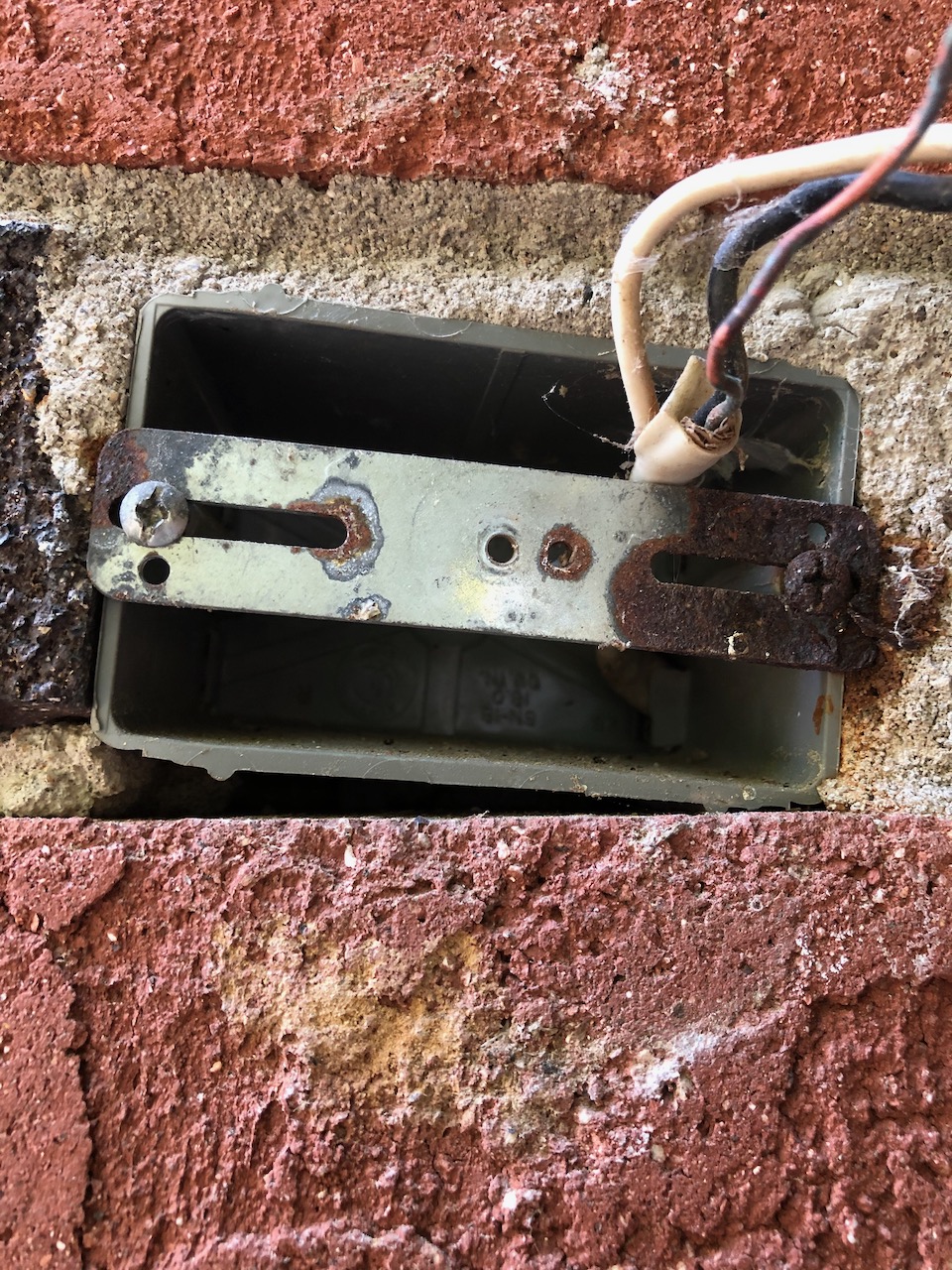 When appropriate, describe what you’ve tried

If you saw thru the rusty plate (twice, one for left slot and one for right) and remove it by pulling it out from under the screw, the remaining screw will be sticking up enough for you to get hold of the whole head with a pliers and unscrew it.

It is hard to argue w Alaska Man (or you) re merits of replacing the whole box. But it seems like you would need these screws out to do that too.

WD-40 is NOT a good penetrating oil. Liquid Wrench is better, but still not that great. The best kinds are called Kroil or PB Blaster, you can find them in auto parts stores. But if you don't have an auto parts store nearby, wintergreen oil can be bought at many drug stores and is much much better than WD-40 or Liquid Wrench. With a good penetrating oil you put it on, let it soak and tap it gently to work it in for a few minutes.

Try using an impact driver , the other rusted screw may shear off though , judging by its condition.

I'd opt replacing the box , as its too much headache to fix. If you do get it out, try adding antiseize next time to the screws or getting a box that has a better design regarding screw placement and water entry (ip rated waterproof/outdoor gpo?) or even getting a high grade stainless fastener (same screw size/thread pitch as existing) so it doesn't rust.

In that location better waterproofing and a better-galvanised strip are in order.

The box looks like it is plastic, so if you can get a good grip on the screws, they should be able to be forcibly removed.

You could start with the impact driver, then the ole Dremel a deep slot in the top, and if that fails, I like Willk's suggestion of hacking (or cutting) out the crossbar to get more access to the screw head. A vice grips should work then.

I once removed a really badly rusted screw with a pair of locking pliers (AKA mole wrench, vice grip).

I'd tried penetrating oil, big screwdrivers including an offset screwdriver, and (if I recall) using some impact, all to no avail, and I didn't hold out much hope — but the mole wrench got it turning fairly easily.

So if you have one of those, it's well worth a try.  (And if you haven't, it's worth getting one and then trying!)

Since it is a plastic box I would grab the screw head with locking pliers ("vice grips") literally as tight as possible, and try to turn it out. This should be able to force the screw to turn in the plastic, despite the rust.

I would recommend not removing the box until you've exhausted other possibilities. The cost of the new box is not the issue, but it could take a surprising amount of effort to get a new box in there in the right position, flush, and secure. Boxes are not identical in size / shape and it obviously is fitting into masonry which was built to exactly fit the old box.

That said, if you do replace the box look for a new one that is smaller so you don't have to modify the masonry. But the box is most likely secured only by the masonry, not screws etc.

A smaller box could be initially wedged in place using shims (which can also be purchased) and then possibly just secured with generous amounts of exterior construction adhesive.

Also, since there is obviously a water issue you should try to address that. Another plastic box may be a good choice, but that doesn't eliminate the source of the water. You may be able to add some caulk and / or weatherstripping material to the outlet plate that could keep out some amount of water.

(There are outlet covers that are designed to be weathertight, but that alone doesn't prevent water from getting between the cover & the box.)

I had good luck with Rustoleum rust dissolver (gel).

The tool designed for the job is a screw extractor 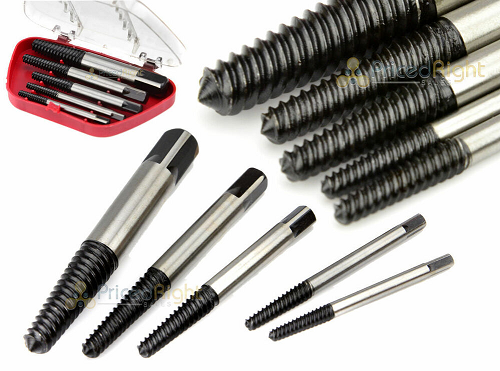 You can get these from most hardware outlets. They're handy to have in your toolkit.

There are plenty of videos online, just search your favourite video site for screw extractor

Use a flat head screwdriver; that will probably work. If you can't get any leverage, use pliers to get more leverage on the screwdriver.

Not the answer you're looking for? Browse other questions tagged electrical screws outdoor brick mortar or ask your own question.

7
How can I extract rusted/painted outdoor screws?
0
How to install an outdoor outlet in new stucco (not retrofit) -- with details done right
0
Do I get away with the wrong screws and holes on a deck if the paint will cover both?
3
What type of electrical boxes should I use for outdoor fixtures when fiber cement trim openings are narrow & shallow?
3
How do I replace this odd outdoor outlet and light setup?
2
How can I get this light fixture to light up?
1
Total of three wires in wall junction box (two are hot). How can I wire this to become an outlet that is controlled by an in-wall timer?
7
Home Electricity - What kind of outlet box is this