Why are some of my string of LED lights dimmer than the rest?

I have an outdoor LED light chain, which consists of two parts.

This morning when I got up the second part of the LED chain had begun glowing very faintly (see image). The first part of the chain (which is nearest to the plug) is fine. None of the bulbs are dead (as far as I can tell)

I checked the plug connecting the two parts and it looks dry. I measured the voltage across the plug and found 220 volts.

Does anyone know what is going on? And, more importantly, can this be repaired? 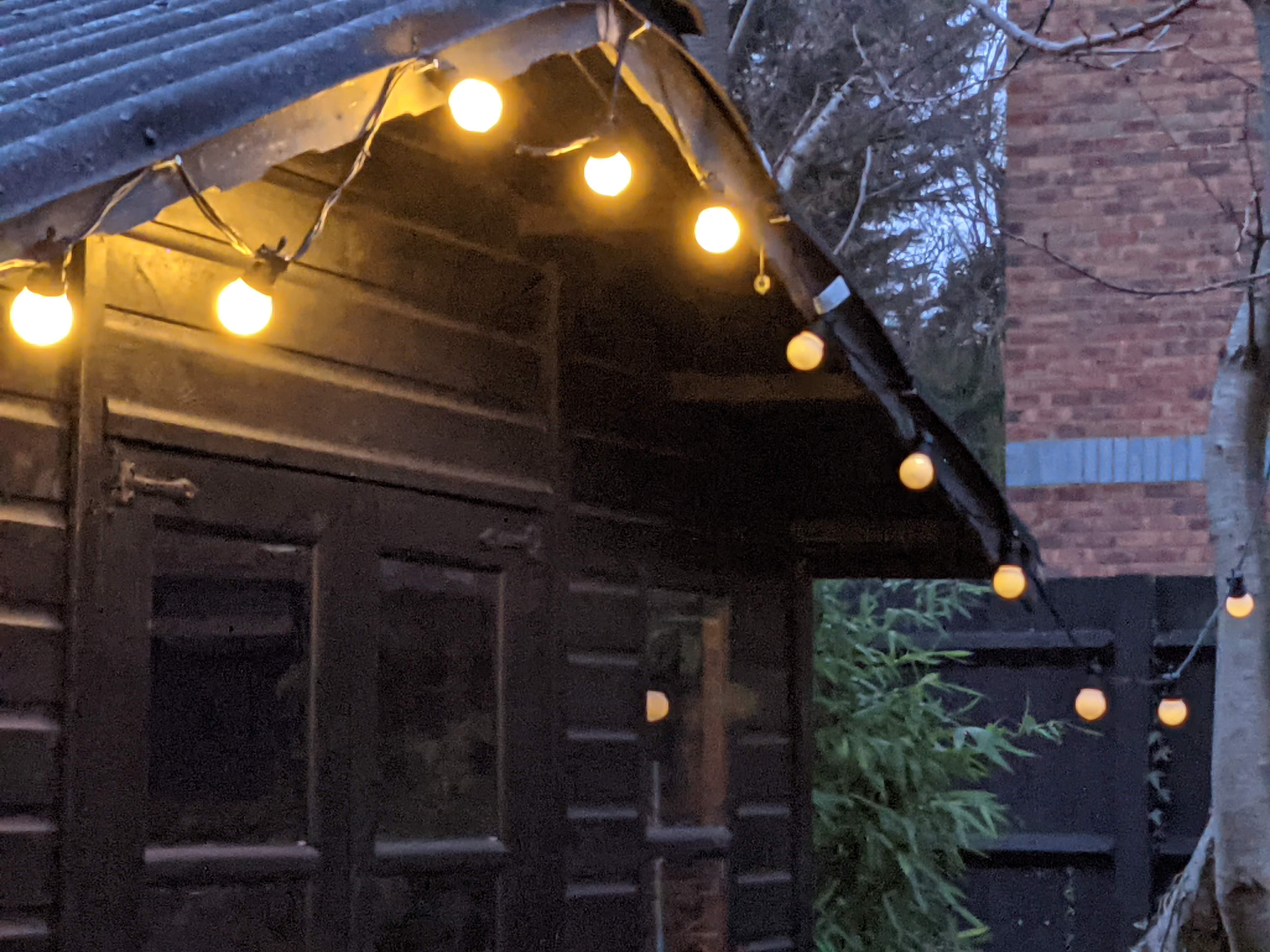 The product is from Amazon: https://www.amazon.co.uk/Festive-Lights-ConnectPro-Outdoor-Festoons/dp/B06ZY6PFSY

The lamps are wired from the mains to a transformer of sorts. There is no information on the transformer (or whatever the thing is). There is a label on the on the cabel itself that reads: Lamp spec. 10 buldbs (LED) per 3V, max 20mA. The plug that connects the two segments has two prongs. Everthing is connected to 220V mains. I measured 220V on the plug that connects the two segments.

Below is a picture of the plug the LED chain uses. 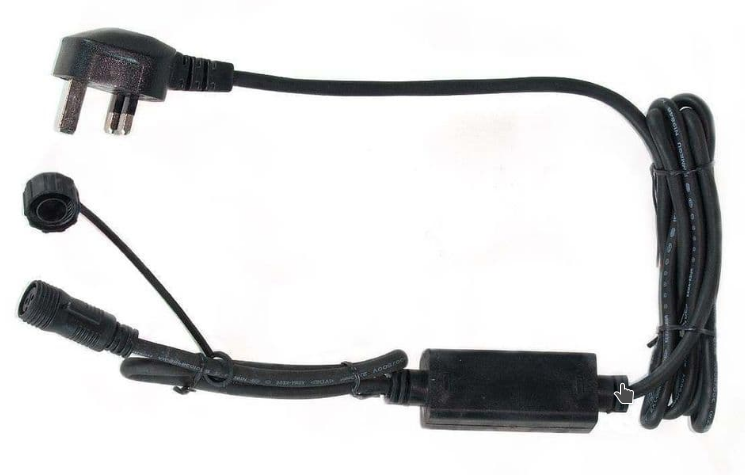 EDIT No. 2: Below is a photo of the connector that connects the two strands of lights.

The bulbs are sadly integrated so I cannot remove them from their sockets.

EDIT No. 3: I tried swapping out the strands and as expected the dim strand still didn't work. My old man then suggested I leave the defect strand in the boiler room overnight to 'dry out'. I did that and then it worked again. When I hung the strand again I could see water inside two of the bulbs. Many thanks to all that replied to my question!

With the help from Peter Duniho I tried reversing the strands and found that the problem persisted. My dad then suggested I put the defective strand in the boiler room to dry it out in case water had gotten in the circuit.

I left the strand for 30 hours and tried it again and it worked! When I hung the chain again I could see water in two of the bulbs.

Many thanks to the people that provided helpful suggestions!

I'm afraid that with the details so far, I personally can't say exactly what's wrong. That said…you can do some more testing to better characterize the problem, and I believe that testing will give you the answer you need (unfortunately, in neither case is it likely that it will be something you can literally fix yourself, unless you're an experienced electrician or electrical engineer).

Looking at the Amazon page, it appears that:

Based on that, since you have two strands, one diagnostic step you can take is to swap the two strands for each other.

My guess is that after the swap, just one strand will still not be working correctly, and it probably will be the same strand that's not working now; there's a small possibility after the swap both strands won't work. Either way, that'd be sufficient evidence for me to consider the one strand that's not working now to be defective; you should just send it back to the manufacturer for a replacement.

If after the test, the problem moves to the other strand, i.e. it's still the second strand in the series that's not working even though that's physically the strand that was fine before when it was the first strand in the series, then I guess it's possible there's an electrical problem with the outlet. What kind of problem exactly, I couldn't say.

I think a problem with the outlet or circuit is highly unlikely. But if it turns out to be that, then you'll need an electrician to help fix it.

I expect you'll find that it's the lights themselves that are defective though.

2
How can I dim LED Christmas lights?
3
How to wire MR16 LED lights?
0
What do I need in order to install under cabinet lights?
1
Running a series of LED lights I have questions on 12 v power
7
Why are my some of my LED lights flickering?
2
LED Bulbs not Starting Properly
0
Why do some LED lights go dim while others go out completely?
3
Several LEDs and LED bulbs in my house are failing at the same time and way before their estimated lifespan
10
Why do LED Lights Flicker on Low Dimmer Setting