I have an existing fence which goes some way into the soil and we are cleaning and painting it then we plan on further raising the garden and lawn.

What are the best ways to protect the partially buried wooden fence from rotting?

There is already some rot but the posts are stable. Good ground clearance is not an option and most of my searching only reveals advice for fence posts although the are some threads about what is best for a garden bed. I am thinking garden edging could be retrofitted

Update: i think effective ground clearance is very unlikely (comment below). Even the neighbour's garden (lower) is against the base rail (also on their side). It isn't designed with proper clearance.

Update 2: the concensus is ground clearance, so after much hard work... images below 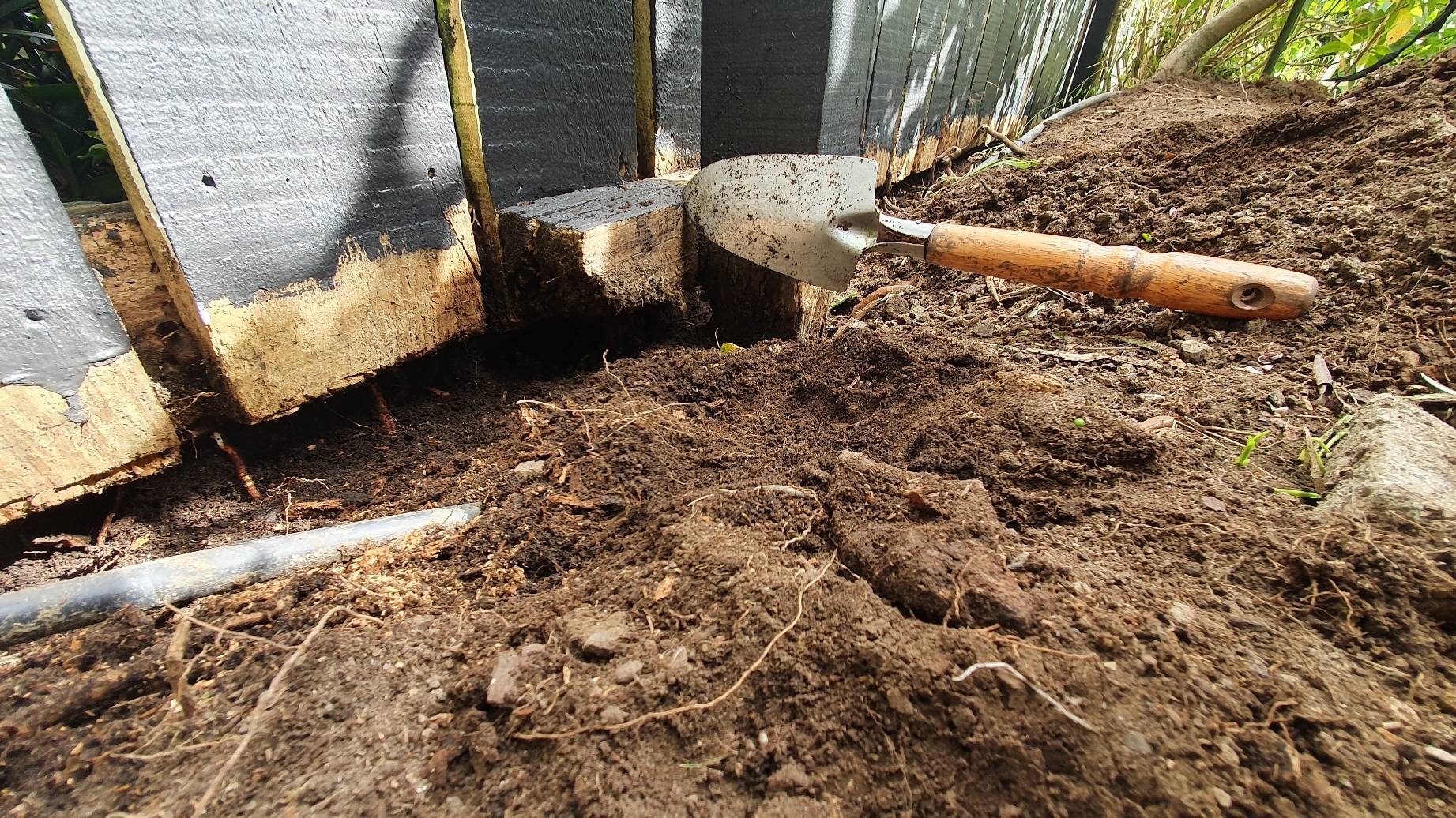 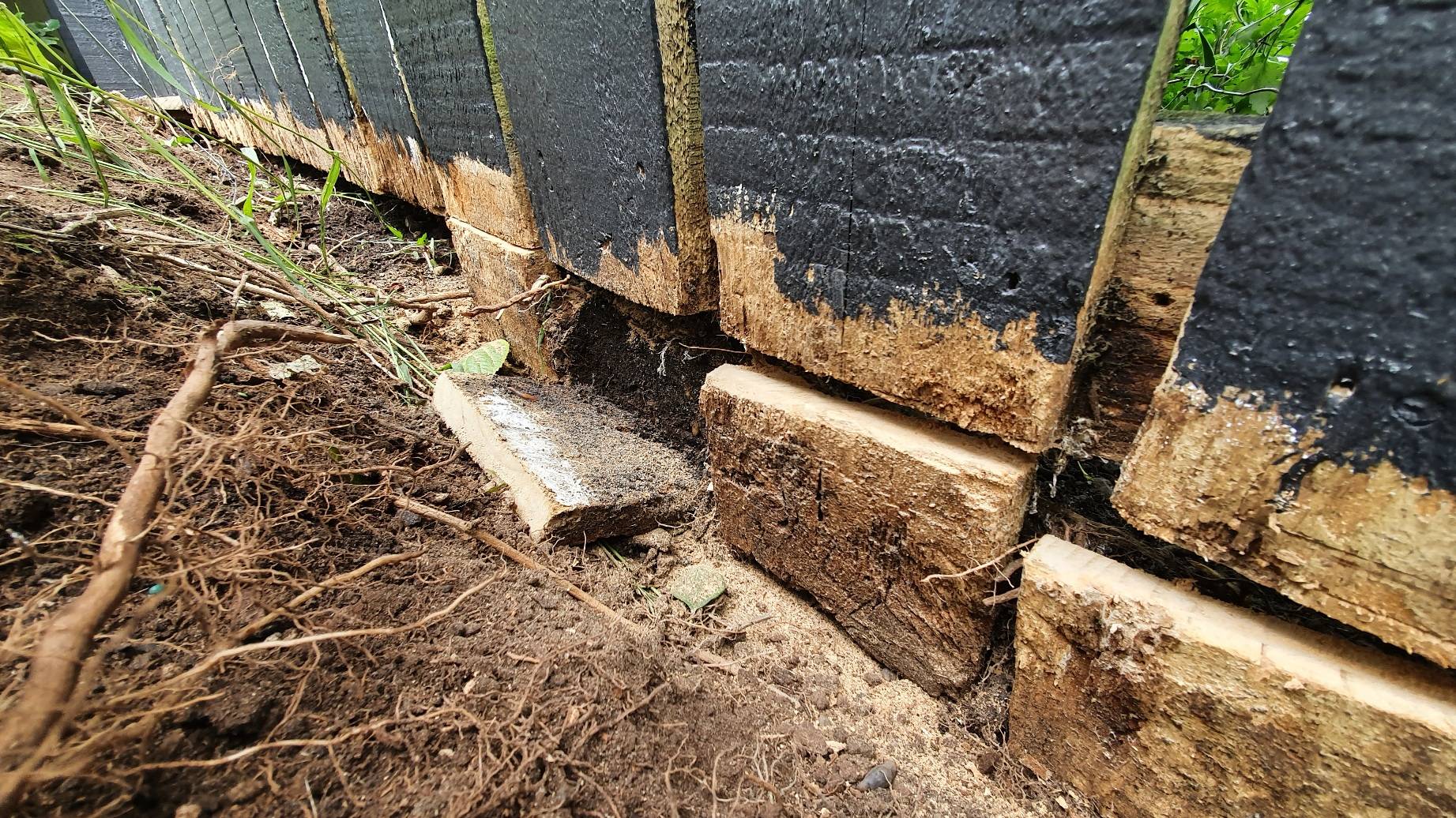 As noted in this answer the only way to slow the rot is to avoid ground contact entirely (Note: Nothing will prevent rot - wood is a natural product and will, when exposed to the elements, eventually turn to dust no matter what protection is applied without continued maintenance, which will be difficult on the portions against dirt.)

You need to minimize/avoid contact between wood and dirt to slow the rot, and that leaves you with a few options:

There is no magic solution to having wood buried in dirt that will prevent/minimize rot. You could have tried some of the old creosote based wood preservatives, but those are highly toxic and have been banned in the US (and probably elsewhere). It was reasonably effective, but no longer available.

You could try a spar/marine varnish on the to-be-burried portion of the fence, but that will be rather expensive and who knows how long it will actually last.

You could just mound the dirt up against the fence, wait for it to rot out, then cut the pickets 1" above the ground once they've rotted out. (Effectively the 3rd option I present, but waiting for rot first instead of cutting first.)

Beyond that, expect accelerated rotting.

Not the answer you're looking for? Browse other questions tagged fence moisture landscaping soil or ask your own question.

3
How can I fix pooling water due to my fence?

6
Setting posts for a sturdy garden fence
1
Fill gap on slope with horizontal fence
3
Compacting soil after removing fence posts to install new posts with vibratory ram?
1
Should I add a mound of concrete on top of existing concrete to direct water away from fence posts?
2
Refilling extra space between rail and posts for inserting screws?
2
Method for setting 6' wood fence posts in clay soil
1
Vegetable Garden Fence Design with 2x2 Posts
1
Care and maintenance of wood fence that is rotting because of damp leaves on the other side
1
How can I attach lodge pole rails to 5" wooden fence posts?