I got a little 3,300 generator for Christmas, and I'm looking at transfer switches so I can plug it into my house.

I won't be able to power the whole home, but even limited power is better than no power. I'm going for as simple of a setup as I can get away with.

Currently I'm looking at getting this: 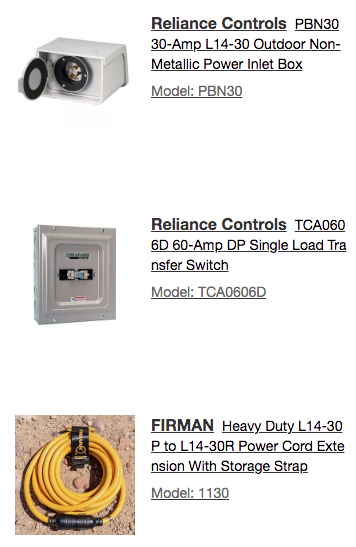 I have a 100Amp service in my house. I'm wondering if I should pay the extra money for a 100Amp switch incase I get a larger generator down the road, or if the 60Amp switch will be sufficient for the 30amps my generator can put out.

Also curious about the 30amp rating on power inlet. Can't seem to find anything more than 30amp.
Is a 30amp inlet going to be sufficient for a 60 or 100amp transfer switch? 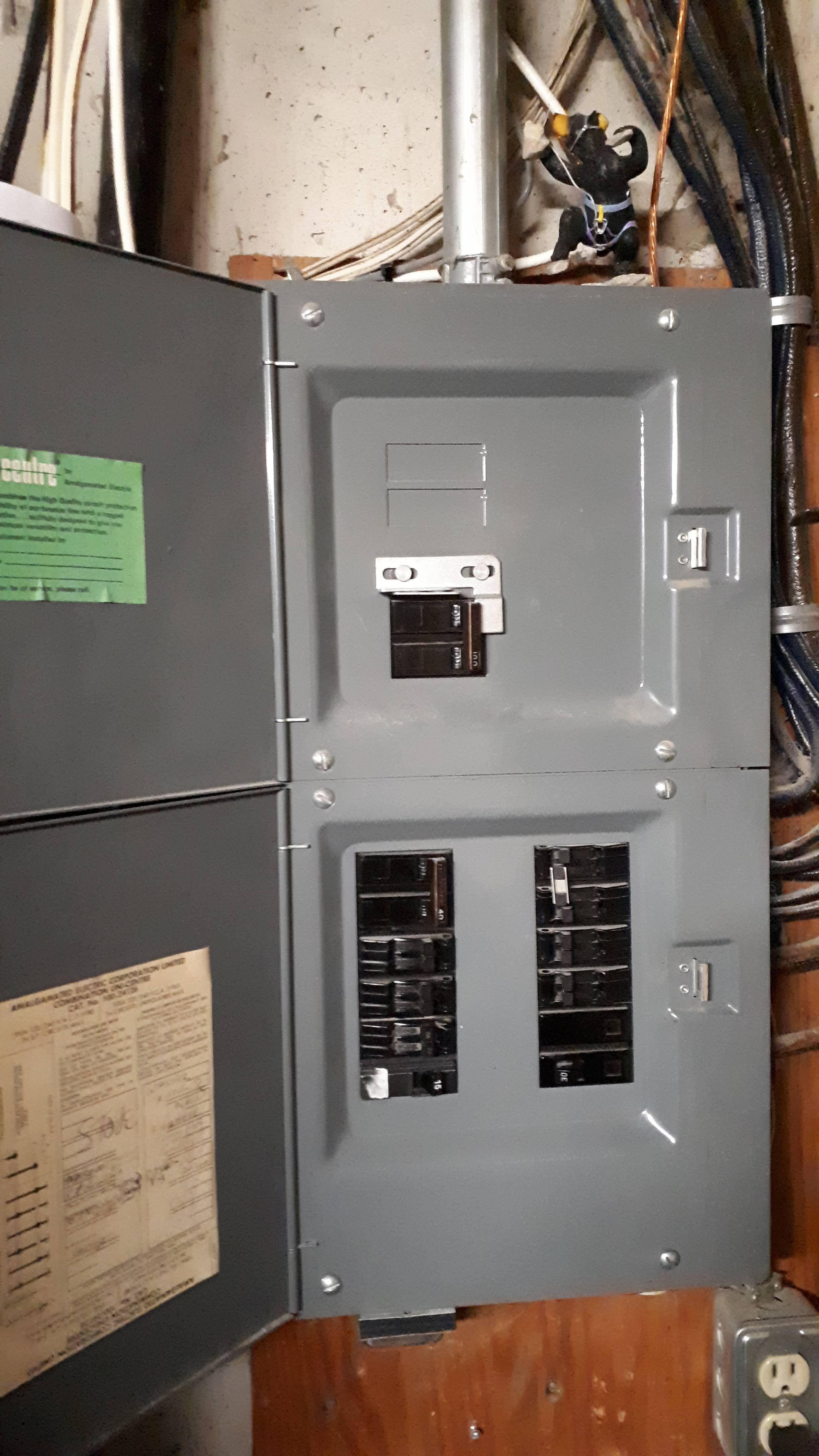 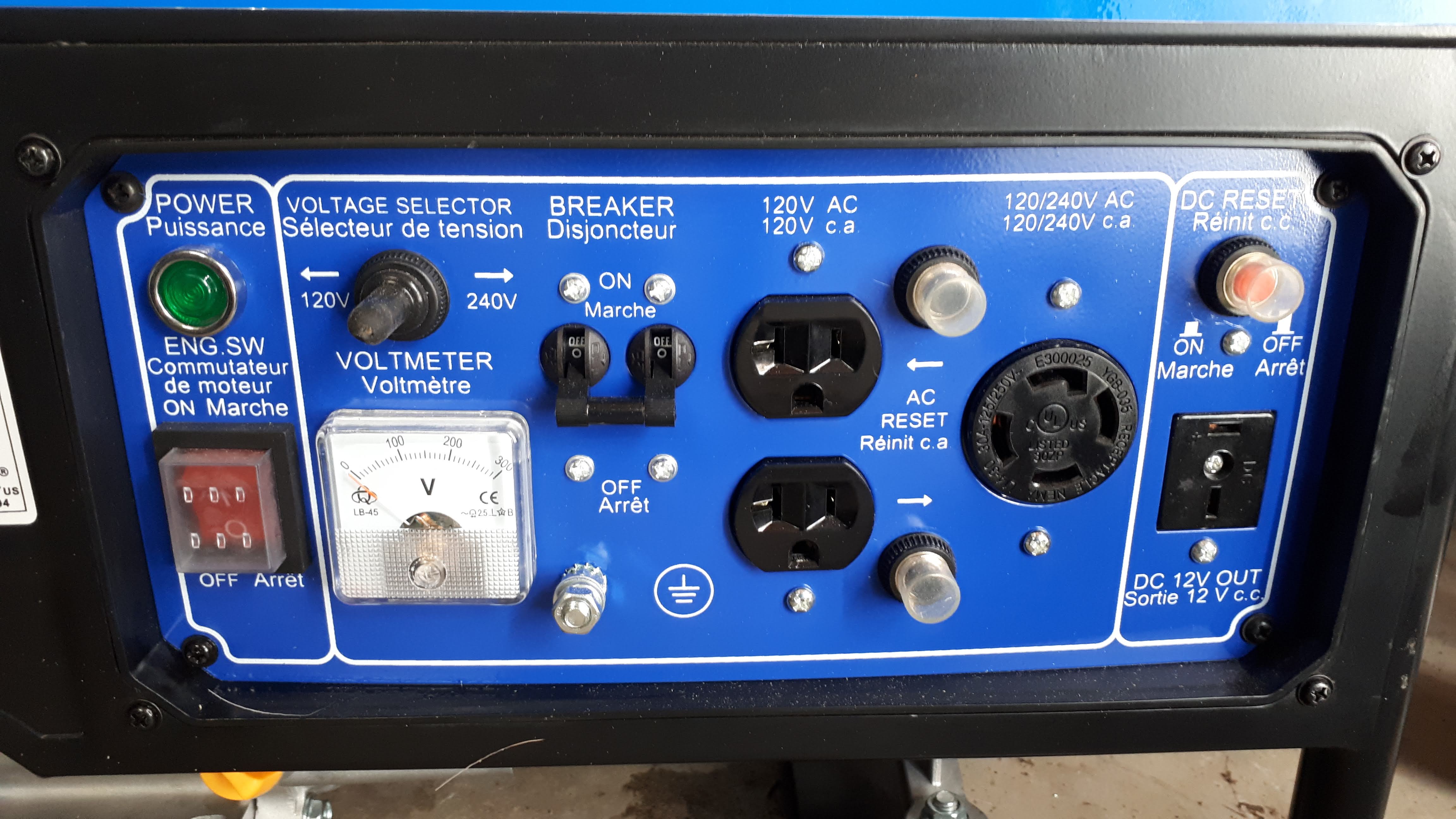 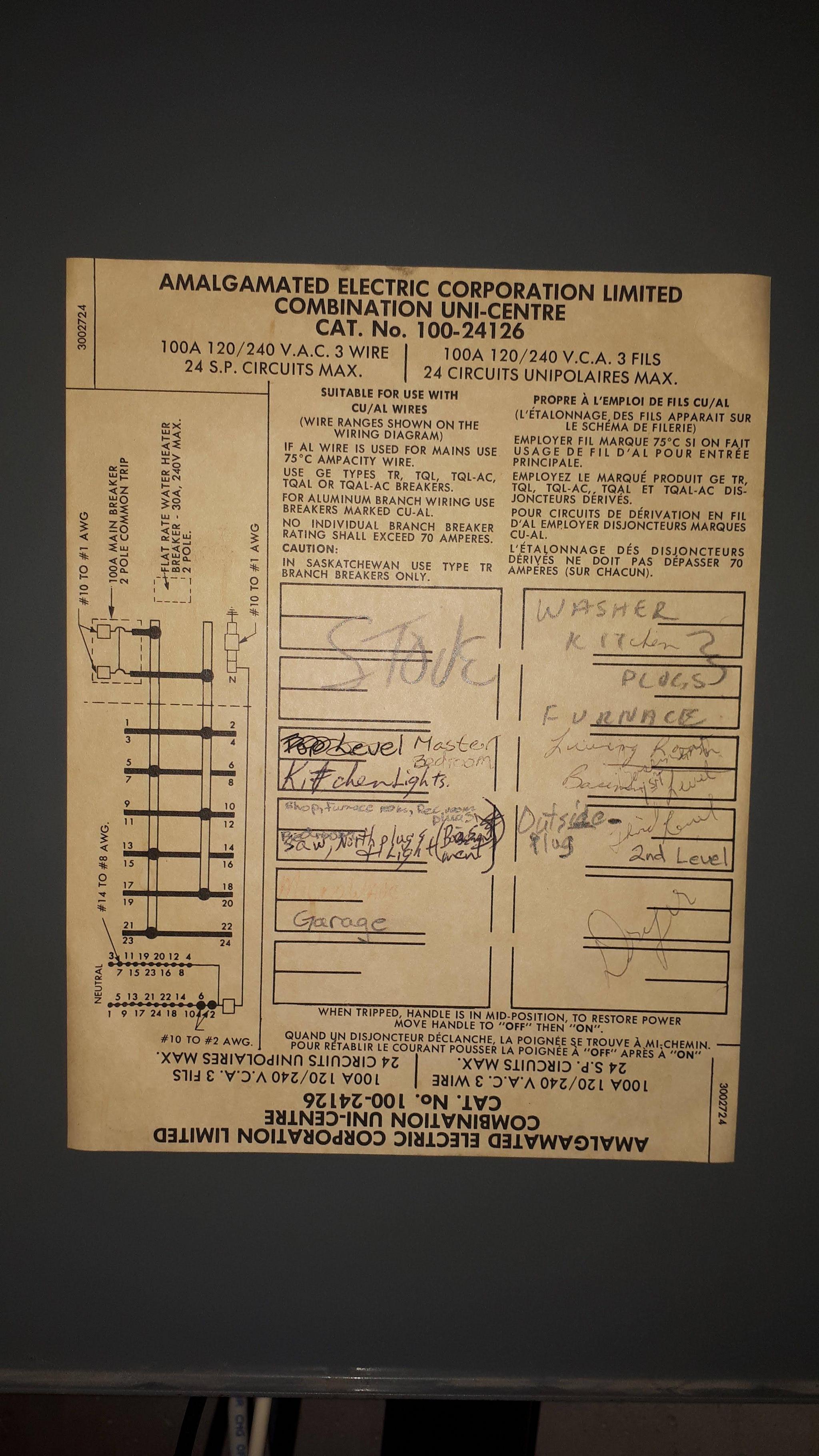 You're best off replacing the service equipment at this point

Unfortunately, the type and vintage of your existing equipment, along with the facts that you have a bonded neutral generator and that UL Classified breakers are no good in Canada, means that you're best off replacing your service equipment now, instead of trying to cobble something together now and plan for a big upgrade later.

In particular, because your panel accepts type TR and type TQL breakers, but not type THQL breakers, you run up against a recent design change to the THQL breaker line, documented in this DIYChatroom post (quoted below for posterity):

GE changed the way they set the breaker's seating height. In my panel, you push the breaker down until the top of the molded slot rests on the stab. TQL breakers, THQL Issue UOxxx (probably MJxxx, NExxx and others too), and also Siemens QP and Eaton BR, can work this way, because they all have the same slot profile.

Recent panels have a ridge of insulating material next to the stab; the bottom of the breaker's case rests on the ridge. The stab is not as tall. It doesn't penetrate the breaker as deep. All the above breakers (except TQL which somehow doesn't quite fit) can be mounted. Also Issue RT-xxx of THQL, which doesn't fit the old bus because it can't accommodate the tall stab. Issue RT-xxx is all you will find in retail stock.

As a result of that, and the fact that UL Classification is no good in Canada (which means you can't legally use Eaton CL breakers), finding any sort of feeder breaker to put in your panel is going to be difficult at best. (You'd have to scour grey-market sources for used or New Old Stock THQL breakers that predate issue RTxxx.) Furthermore, your plan with putting a transfer switch upstream of the service equipment doesn't work either due to the Canadian requirement for a separate service wiring compartment in service equipment, something your proposed transfer switch doesn't meet.

While some Siemens generator panels made for the Canadian market do support being wired as service entrance hardware, you're better off getting a Canadian-market combination generator panel that has two sections of breakers, one for non-generator-backed loads and the other for standby loads, in it. This gives you a clean installation and room for future upgrades to a 200A service and/or a larger genset, while eliminating the breaker supply troubles you're having at the moment. Furthermore, these panels have a switching neutral function, which works nicely with the bonded neutral on your generator to avoid headaches involving wayward neutral current, tripped GFCIs, and so on.

We don’t know your panel type but I think a few of us would suggest a 30 amp power inlet & 30 amp double pole back fed breaker 10 awg wire with a mechanical interlock kit that won’t allow power to the panel without turning off the main. (If you compare prices and the cost of a 20 amp inlet is only 10-15$ Less go with the larger one upgrading in the future would require replacing everything but the mechanical interlock itself so going a little larger now may save the need in the future)

After this you can select the circuits to energize and it is code compliant and one of the least expensive methods.

This will allow even future upgrades of the generator 2x of what you have and because the 30 amp is more common it may be cheaper I am not sure as I have always installed 30 and 50 amp 240v inlets.

Note I have suggested this on 4 small generators I have installed 2 went with my suggestion 2 ended upgrading once they realized they needed a larger generator.

Of some concern is whether your 3300 watt generator has a 240v plug, 3300 is right at the break point where often they don't. If it doesn't just about any advice given is pointless, and none of the products you showed are useful. I have a 3500w that was the smallest I could find with a 240v plug that I use for short term outages or portable use. It works ok for some lights, a TV, and an internet modem, but I have to turn most other stuff off to use the microwave or coffee maker. I also have a larger generator I use for longer outages requiring my well or water heater.

If you do have a 240v receptacle then that panel is still not really a good choice, the most you could practically use it for would be on the load side of one two-pole or two single pole breakers already in your panel. To use it to switch power to your whole panel (as your indicated intention in the comments above) you would have to intercept the feed to your existing panel and feed this panel first, creating this panel as the "service" panel. Your existing panel would become a sub-panel and you would likely have to add an isolated neutral bus and re-terminate all the neutrals on that bus. But all that is really just speculation pending examination of your existing panel.

By the time you have created all that chaos you're likely better off installing an interlock kit if one can fit your existing panel. Some panels, particularly split-bus panels that are common for old 100A services, do not have interlock kit options.

If an interlock configuration won't work with your existing panel and you wish to power receptacles on more circuits than one two-pole or two single pole breakers you would need a larger panel like a TRB0603D or a TRC1003D being fed by a breaker in your existing panel. By the time you've gone to all the trouble to swap loads to this new transfer panel you might be better off replacing the service panel with a new panel that has interlock options. Reliance does sell a large service rated panel like the TRR1003C, but you are typically better off price wise if you don't need watt meters to buy a Homeline or Cutler Hammer panel and an interlock kit at a big box hardware store.

Not the answer you're looking for? Browse other questions tagged wiring switch generator or ask your own question.