Replacing a pull-chain fan with a smart fan 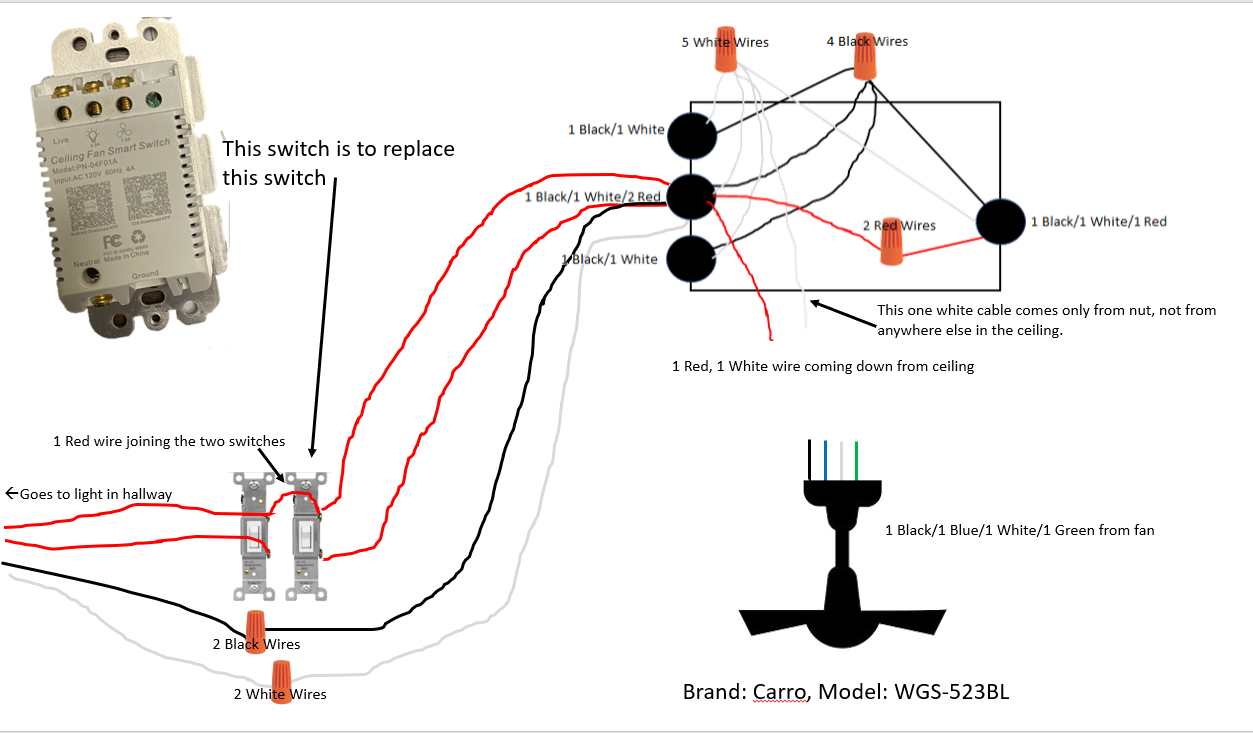 I realize there are many similar questions that have been asked, but none that I have found that apply to my situation. I'm trying to replace an old pull-chain fan with a new smart fan I purchased, and the wiring situation is boggling my mind.

The old light was controlled by one wall switch, which was actually in a double gang box with another switch that controlled a separate light in the adjacent hallway. Each of these switches have a cable with 2 red wires, 1 black wire and 1 white wire. The two black wires and two white wires are nutted together, respectively, while one of the red wires is attached to the top of each switch and the other is attached to the bottom. There is also one separate, very short red wire that connects to the top of each switch along with the other two red wires, joining them.

The switch for the new smart fan looks like this (attached). Any ideas? 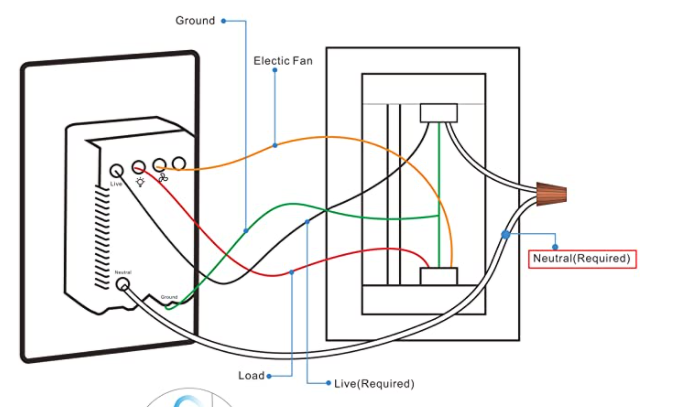 Browse other questions tagged lighting ceiling-fan or ask your own question.