How can I replace a ceiling fan light pull chain?

I have removed the light assembly from beneath the fan. In doing so, the lights (three with pull chain ) fell and I failed to catch it before it pulled out some wires.

The wires coming from the ceiling to the fan are still intact. The fan still works from my wall switch, but I am having problems connecting the new pull chain for the light.

The lights work on and off with the fan.

My problem is I am not sure how to connect the new pull chain. Both wires out of the pull chain are black. I am smart enough to know that if the connect them to the white and blue respectively, it will blow the circuit breaker when I pull the chain.

I do not have a wire diagram and cannot find the correct connection on the internet.

What wires do I need to connect the pull switch to at this time? 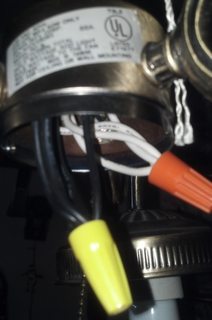 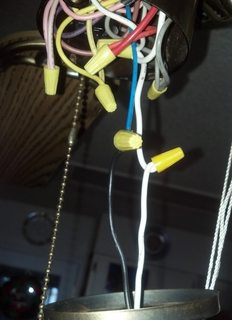 Since you didn't provide a picture, or a very helpful description of what you're looking at. I'll try answering your question by explaining how the switch itself works, which will hopefully help you understand the problem better.

The pull chain switch that controls the light(s), is a single pole single throw (SPST) switch. It has two positions ON (Closed), and OFF (Open). Drawn simply, it would look something like this. 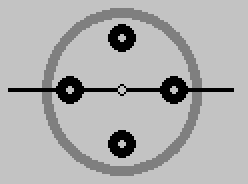 Switch shown in ON (Closed) position.

When the switch is in the ON (Closed) position, current is allowed to flow through the switch, through the light(s), and back to the the source (via neutral).

When the chain is pulled and released, the internal contact rotates 90° (1/4 turn) into the OFF (Open) position. 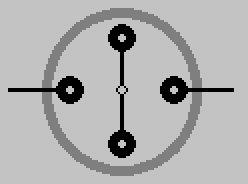 When the switch is in this position, current is not allowed to flow through the switch, and the light is not lit.

This is why the pull chain switch that controls the light(s) only has two leads.

The pull chain switch that controls the fan, is a single pole multiple throw switch. It has multiple positions, which allows it to control the speed of the fan. Draw simply, it would look something like this. 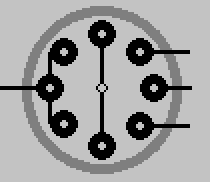 Switch shown in OFF (Open) position.

When the chain is pulled and released on this switch, the internal contact rotates 45° (1/8 turn) to the next position. 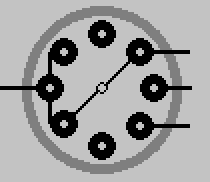 Another pull, another turn. 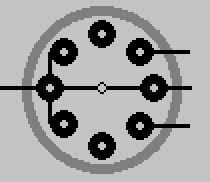 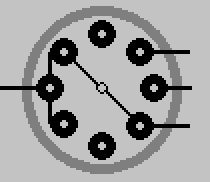 One final pull brings the switch 180° around, and again to the OFF (Open) position.

As always electrical work can be dangerous, never be afraid to contact a qualified Electrician