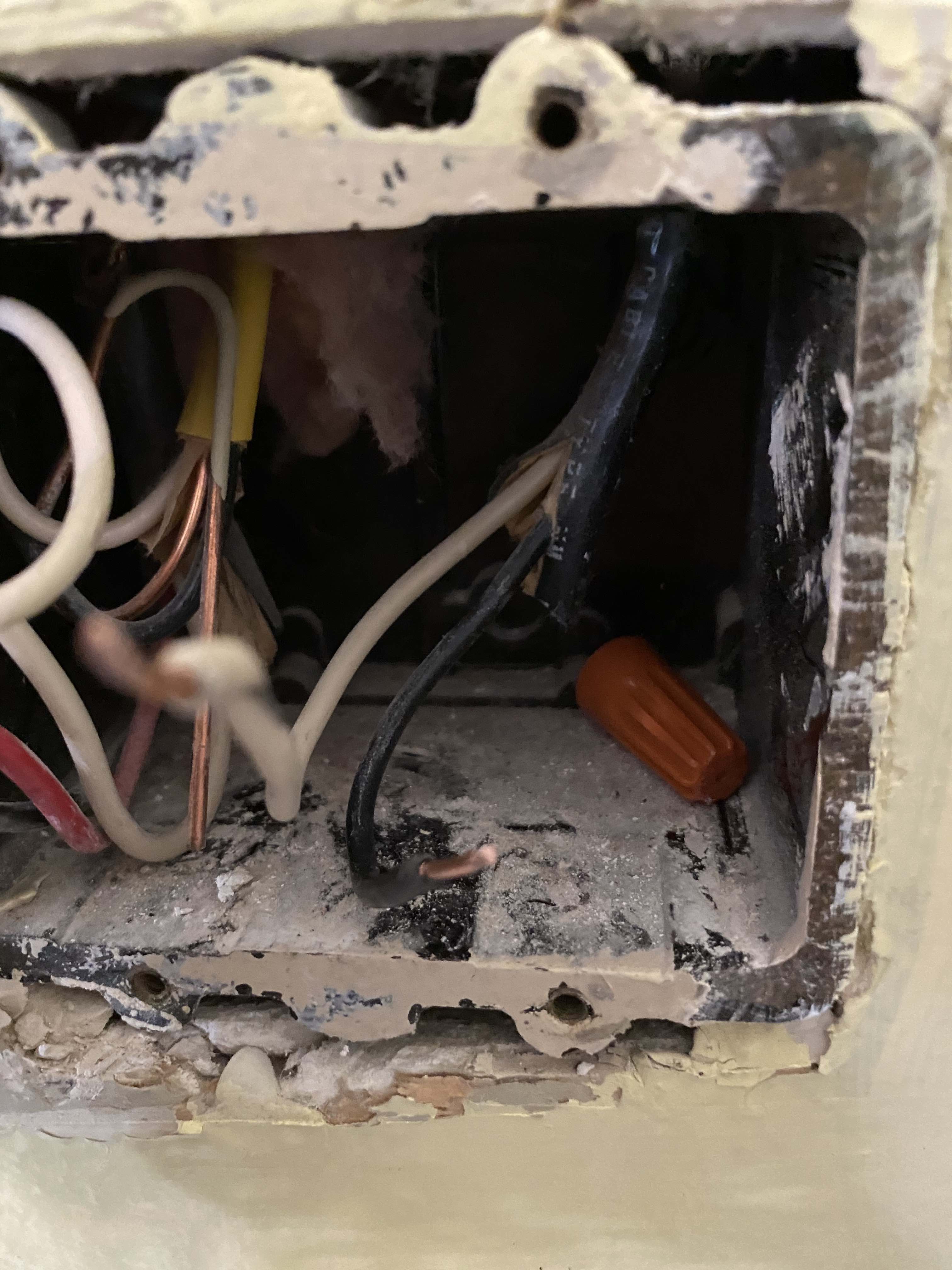 I replaced (A) - the 2 way switch that controlled 6+1 recessed lights in the kitchen - with the 2 way HS200 V3. It turns on fine, but only controls 1 of the 7 lights now - the one above the sink. The other 6 stay turned off. Switches (B) and (C) are working fine as usual and controlling the other 4 lights.

(A) had 3 wires as shown in the img below. The "white" wire was connected to the side screw and had black tape around it, so likely "hot". How do I wire this thing? 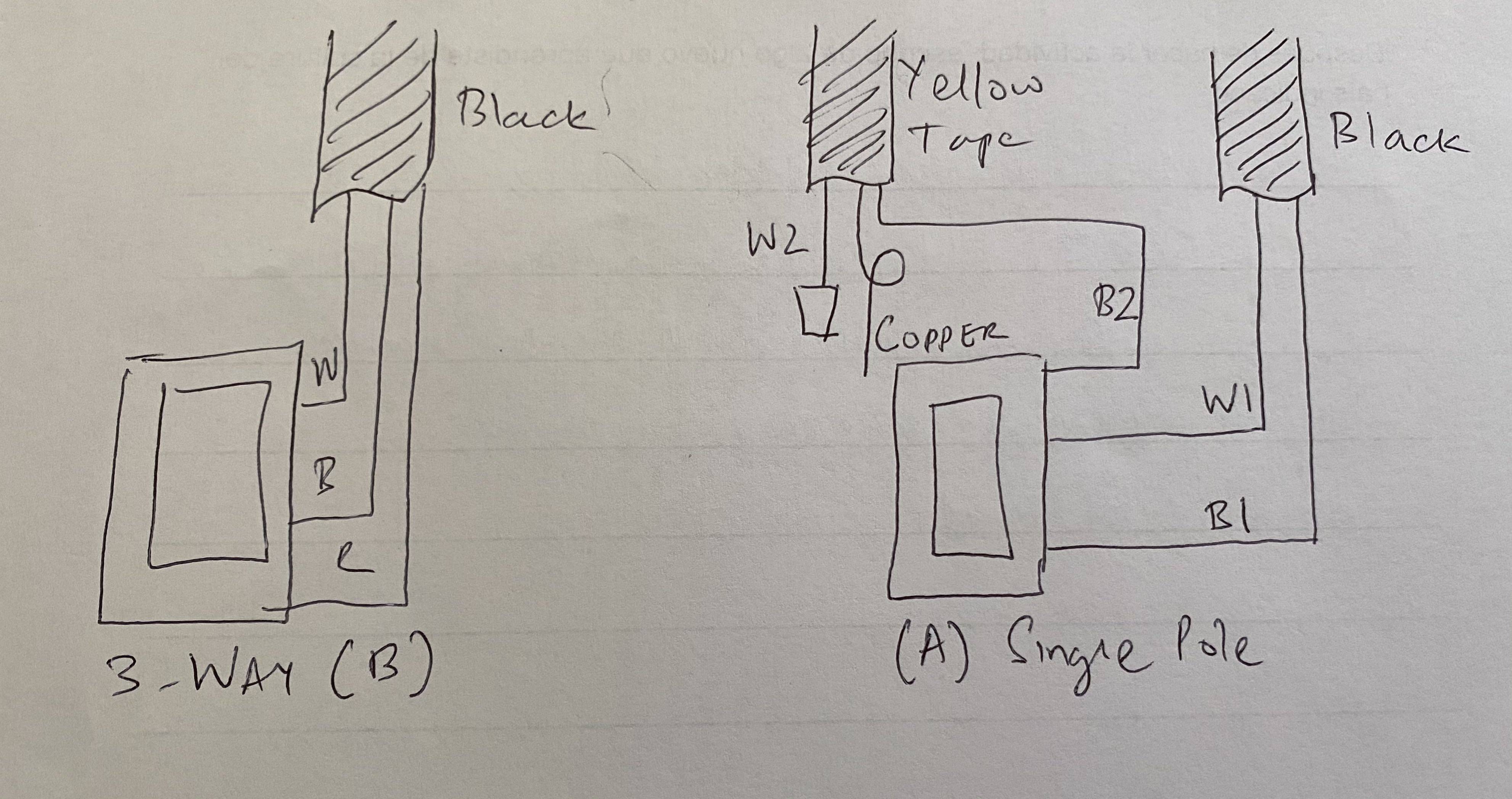 This won't answer the reason why it worked-sort-of, nor exactly how you're wired - I'll leave that to the real electricians - but, I don't think you can use the HS200.

The HS200 requires a neutral for itself. Because it's a smart switch, and not just an expensive detachable piece of metal, it actually consumes current; so it can't just have a hot wire passing through it.

TPLink's page on installing the switch covers this in some (poorly written) detail.

The yellow wrapped wire is irrelevant here - it is relevant to the lights it feeds, of course, but from the point of view of powering your switch, you need three wires plus ground: two wires that go back to the circuit breaker (one each, hot and neutral), and a third (hot) wire that goes to the light (with the light also having one go back to the breaker's neutral).

Consult an electrician, who can install a neutral wire for you to the switch, and fix the wiring of the current switches as needed.

You also could consider a smart switch that doesn't require a neutral, though I would bring an electrician in to make sure your wiring isn't wrong in other ways; but see for example this article about smart switches which do not require neutral, which also does have a nice bit explaining what your setup probably is like (disregarding the yellow-wrapped wires, which seems like they're just piggybacking on the black-wrapped ones).

Not the answer you're looking for? Browse other questions tagged lighting switch smart-switch or ask your own question.

1
Can I convert a single circuit with multiple lights/1 switch to control 1 light/switch
4
What could cause flashing LED lights when other LED lights in a different room are turned on?
3
How do I make two wall switches work in coordination, wirelessly?
1
Are all of these wirings code-acceptable for 3-way switching overhead lights?
1
Incandescent to LED change
2
Why would my dimmer switch only dim lights about halfway?
2
What Can Cause TP-LINK Smart Switch (HS200) To Light (LED) Flicker?
1
Replaced lights & switches on 3 way switch circuit; not sure if I have wiring problem or product problem or both
0
Need to separate 2 lights on the same 3way switch so each switch only controls 1 light