Did I shock myself? Do damage to electrical wiring?

I was helping my grandmother upgrade her TV. She had an massive tube style TV that was way too heavy to move with the dresser to get to the wall to unplug.

I went to the breaker. Killed the power to the room and took a scissors to the power cord.

There must have been multiple breakers because I proceeded to get a loud noise and considerable spark upon cutting and did a nice number on the scissors.

I went back to the breakers. Flipped them all off and proceeded to move dresser and unplug the cut cord. The outlet didn’t appear to have any marks or anything on the cover.

I plugged in the new TV. Flipped all the breakers back and it fired up just fine. I just want to make sure I didn’t potentially do something that would cause issues down the road or a potential fire.

The noise and sparks definitely startled me, but I’m assuming I would really know if if I had gotten shocked? Is it somehow possible to not get shocked? The scissors had a rubber handle and I was wearing rubber flip flops at the time.

I am well aware of the total stupidity looking back on this and I appreciate the insight. 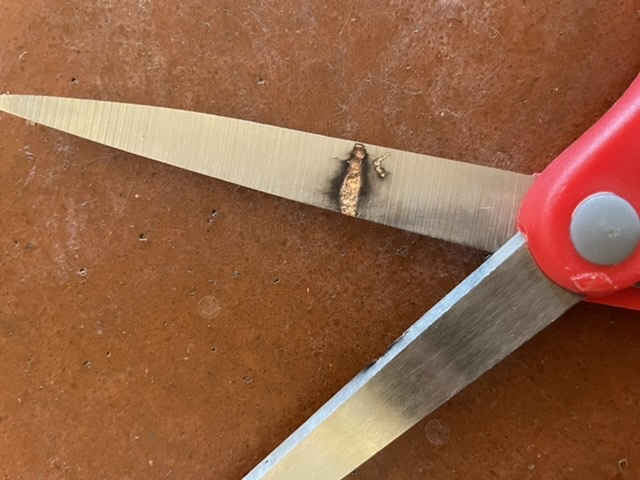 Did you shock yourself? Most likely not. The plastic handle of the scissors, though not rated or approved by any regulatory test lab for cutting live wires, is likely to have protected you. There's also a fair chance that your body wasn't in contact with any grounded conductor, so even if you did come in contact with the live wire, you would not have been shocked.

Electric shock here in the US, at least in my experience, feels like something is vibrating inside of my arm. It's pretty weird. I've experienced it both silently (directly touched a live conductor) and also along with the arc and loud noise you describe (caused a short with a hand-held tool like pliers). The sights and sounds of an arc definitely distract, but I'd say the curious sensation of being shocked would still be noticeable. It leaves me thinking "whoa, I think I just got shocked."

Did you do damage to the electrical wiring? Again, most likely not. Unexpected short circuits like this are one reason why we have "overcurrent protective devices" aka circuit breakers and fuses. They're also a consideration in the sizing of the wiring and other components in an electrical system: these all need to be heavy enough to withstand the high current needed to trip a circuit breaker.

It sounds like your arc may not even have been enough to trip a breaker.

The most direct way to "tell" for sure that no damage was done would be to visually inspect all the wiring and other devices in the circuit -- it's probably obvious that this sort of check is seldom, if ever, done after a (relatively) minor event like this. 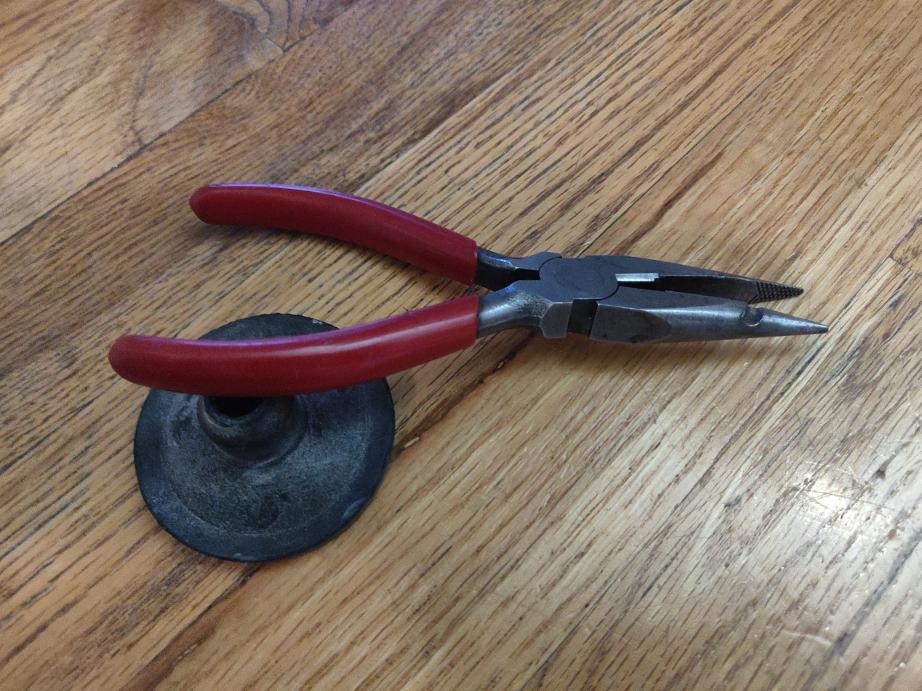 Just for fun: here's a needle-nose pliers I melted when I was 11 years old. I was preparing to install an outlet and knew the circuit was hot (house still under construction; nearly finished and a few circuits were live to provide lighting), so I didn't want to reach into the box and pull the wires out with my bare fingers! So I used these pliers to reach into the box, grab the wires, and pull them out. It looks to me like the ground wire must have laid across the jaw of the pliers and somewhere I must have also brushed the cut but not yet stripped end of the hot wire. I think the circuit breaker tripped for this one..

You didn't get shocked because there was no complete circuit through you. That's why birds can sit on high voltage wires that aren't even insulated and be just fine. There's no circuit.

Had you been barefoot on a wet concrete floor and used all metal scissors (no plastic handle), you might have gotten shocked... probably would have. It could have given you a good jolt, but unlikely to be fatal. Still, you learned a lesson and you always want to be careful around electricity.

If you'd been shocked, you'd certainly know about it. Damage to scissors, but that doesn't mean damage to wiring. The current that flowed through the scissors is what the wiring would be used to.

The fact that it appears the trip didn't do its job is concerning. Obviously there's current in that circuit, otherwise the new tv wouldn't work. But I'd be more concerned that if Granny had to have that wiring touched in the future, (obviously not with scissors!) that she would be aware of which switch on the board was looking after that circuit. So it's worthwhile systematically flipping each breaker to ascertain which is for that circuit, and probably getting it checked. With what you did scissor-wise (not that wise!) the breaker should have tripped. Older breakers lose their sensitivity on occasions.

Not the answer you're looking for? Browse other questions tagged electrical electrical-panel receptacle or ask your own question.

0
How do I wire 3 way switches?
0
Power connected to dishwasher isn't tied into breaker panel - now what?
1
No voltage from breaker even though breaker is good
0
Why did my RCD trip when I was working on my de-energised lighting ring?
0
How could other breakers have been switched off when one was tripped by a short?
5
Mobile home shocking (actually it is a nearby chain link fence)
0
Is it possible for a microwave to damage outlets and after a while cause a breaker to pop under load?
2
Help with untangling an ancient wiring mess
0
Two electrical questions: Tripping GFCI, and unlocatable GFCI
0
Power outage in different rooms In the home