Is this notch in a stud acceptable?

My contractor notched a wall stud to turn the elbow of the gas line and i don't think he reinforced it.

The wall above it holds a 21 inch wide by 36 inch height wall cabinet. There is also an over the range microwave that is partly supported by that stud. Is this fine?

Did he cut into it too much? 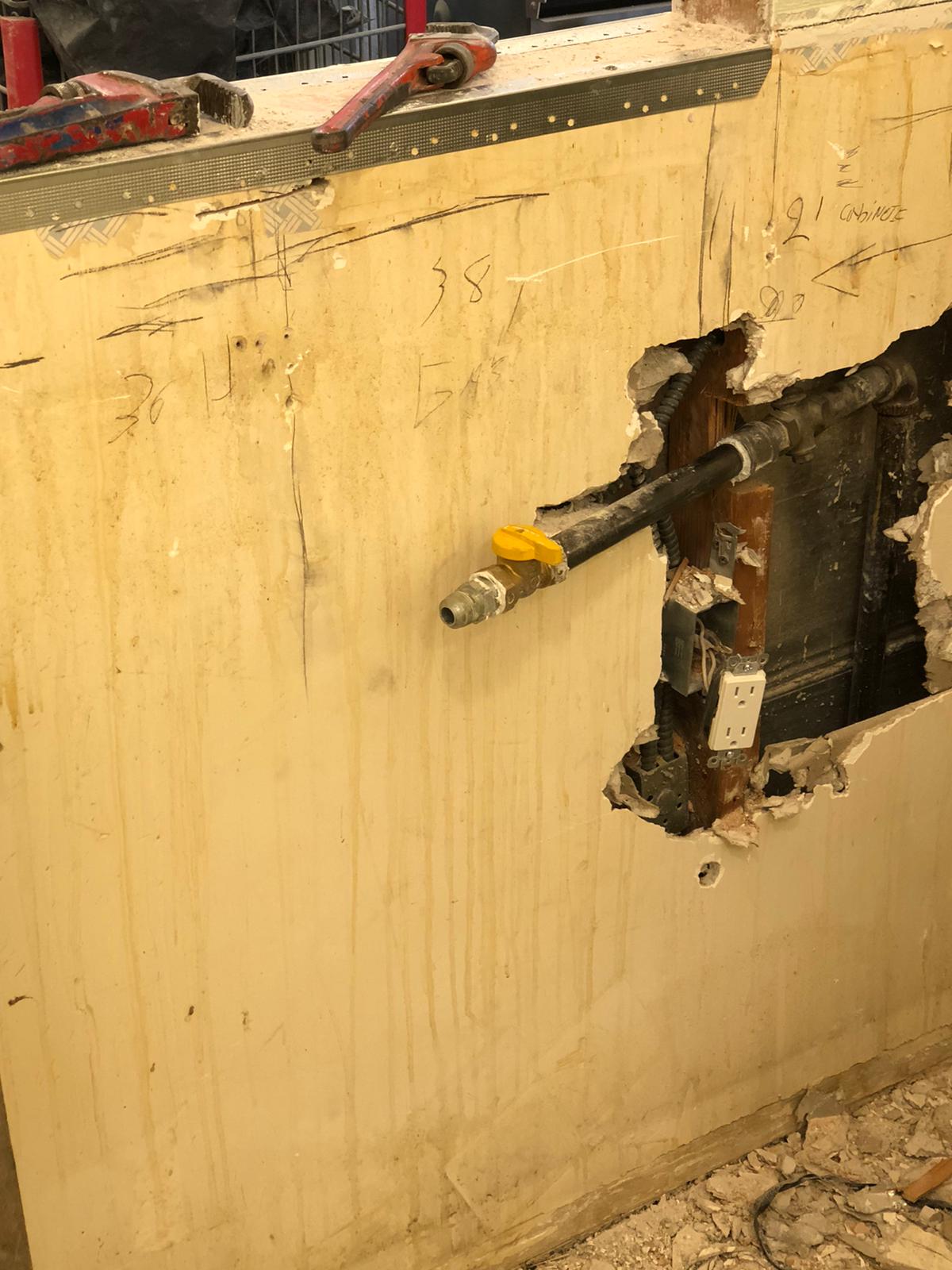 It appears that this is a king stud and there is no jack stud for the opening.

Did he cut into it too much?

It appears that the notch is less than(?), not more than, 50% of the stud width, which is not ideal but it should be ok.

Cabinets and microwave are safe. Is the wall supporting any roofing structure or second story structure? I.E. A load bearing wall?

I would have done it differently but it is done now.

Shorter nipple off of the 90 degree elbow, pass the pipe through the stud by drilling a hole in the stud and turning it so it comes straight out of the wall and then a valve. It would have been more PIPE work but in my opinion the correct way to do it.

Not the answer you're looking for? Browse other questions tagged walls kitchens studs or ask your own question.

8
Can I wall-mount a TV when there is an air gap between the drywall and the wooden stud?
2
Can a vent hood designed for 12“ deep cabinets be installed under IKEA's 15”-deep cabinets?
1
Problems Using Stud Finder on a Textured Wall - Due to Finder or Texture?
6
How can I reduce the sound of rain on a range hood vent?
5
Cutting stud in load bearing wall to create vent opening for cooktop hood
1
How much should over-the-range microwave stick out?
0
Is it viable to vent a range hood back into the kitchen?
10
Can studs be 2-4 inches apart?