Is this open supply duct in my vented crawl space necessary?

New (first-time) home owner here (4 months in). I recently discovered what at first seemed like an un/disconnected supply-side duct in our vented (open) crawl space. Photo attached. After several hours on the internet educating myself, it appears this might've been put there intentionally to keep the plumbing in the crawl space from freezing (although I did notice tape residue near the perimeter of the opening, which might suggest someone tried to close this off at one point).

We live in eastern WA (Spokane-CDA), which is Zone 1 for radon and sees several days of 32F (or below) weather, but nothing close to, say, the mid-Atlantic. I have a thermo/hygrometer down in the crawl space that was putting out 59F when this "vent" was open, and ~ 57F with this temporarily shut off with the foundation vents open (it's about 32F outside right now - humidity in the crawl space has stayed below 50% RH). The fact that the crawl space is 10F below the house setpoint is probably an indication of a larger leaky ductwork and subfloor air leak issue, however I was curious what everyone thought about leaving this particular port closed off? Note there is no mesh or damper on this right now.

I'm generally curious to know what is considered the "minimum" ambient temperature inside a vented crawlspace at which the likelihood of pipes freezing becomes likely/imminent? Am I ok to have the ambient temperature pretty much drop down to 32-35F before freezing becomes likely? There is a delta T of about 25F between the inside of the crawlspace and the outside right now (foundation vents open), so I imagine this would be the scenario where the outside temperature drops to ... 10F? Unlikely where I am, but I'd like to know where my goal posts are.

Thanks for reading, and I'd appreciate any thoughts/comments on this. 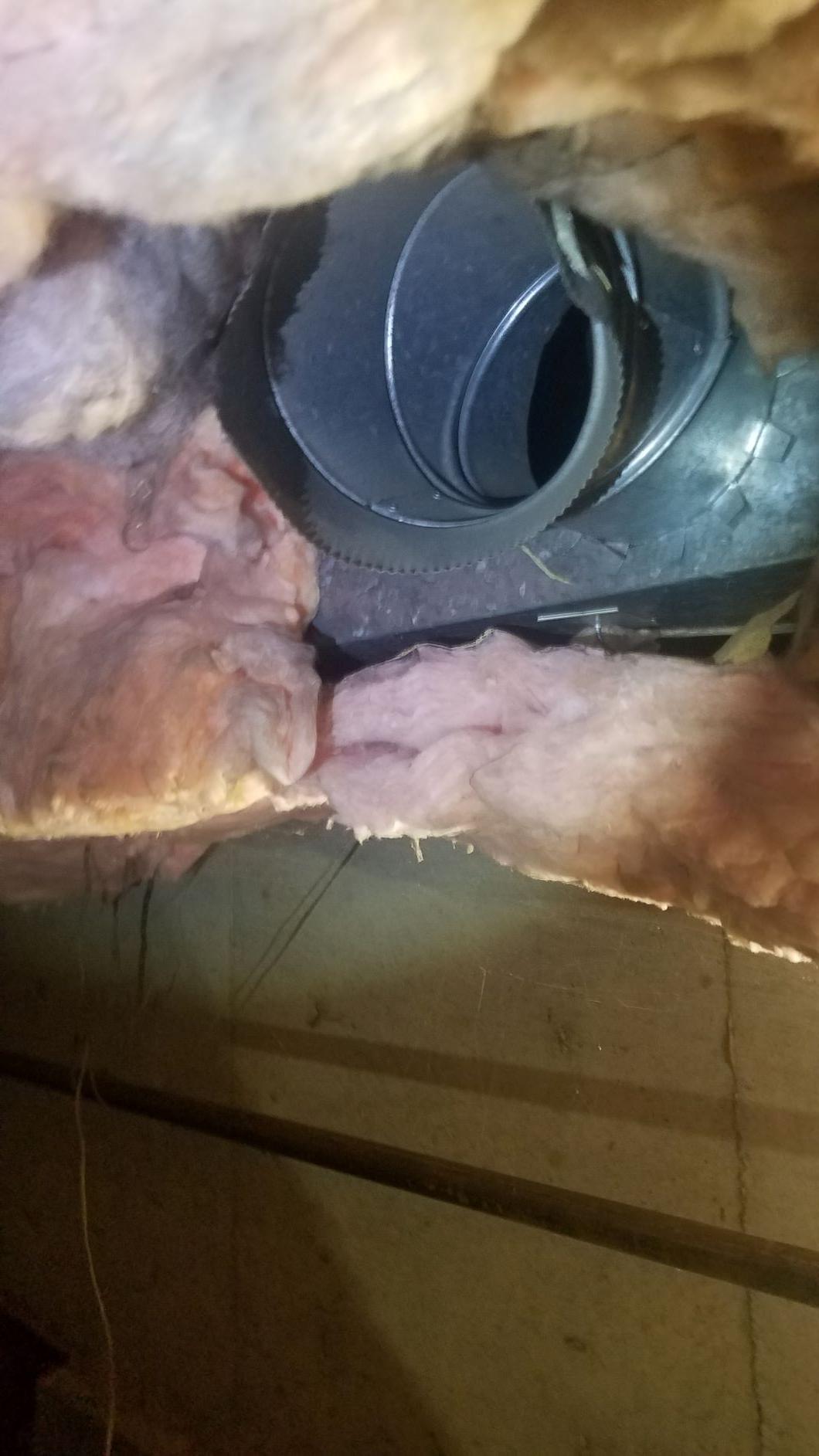 Without addressing the moderately unanswerable "do I need this duct" since that depends on a lot of factors specific to your house/insulation/comfort/budget/etc.

Moderately standard freeze protection thermostat setting is 45°F/7°C and "freeze alarms" at 41°F/5°C - running much closer to freezing than that risks freezing in spots that might be colder than where you are measuring the temperature, or in the case of the alarms does not give you time to take action.

The level of engineering you need to "not freeze pipes" while running them as low as 33°F/0.5°C is considerable and rarely engaged in. i.e. standard "heat trace" (the quality electric pipe heating tape that is the thermostat) starts to heat at 50°F/10°C, and (along with an insulation overwrap) is the standard (quality) solution to below-freezing crawlspace pipes down to sub-zero °F temperatures. The cheap heat tape with an external thermostat is much more prone to fail, but is a common approach by those who like to make their own mistakes rather than learning from the mistakes of others.

At least a screen is definitely a good idea. The open duct provides the perfect highway for rodents and other critters to enter your home.

Not the answer you're looking for? Browse other questions tagged heating ducts crawlspace or ask your own question.

5
What can I do in this vented crawlspace to keep the room above warmer?
5
Should I encapsulate my crawl space?
2
Damp Crawl Space
2
Should furnace fan run when return and supply are 'backwards'?
1
Unfinished basement is open to vented crawlspace, what should we do to finish?
0
Pouring concrete for an under porch crawl space
0
Crawl Space Insulation in Montreal
1
How can I heat a crawl space to work in
3
Why can't an encapsulated and dehumidified crawl space have vents sealed off?