What light switch combination do I need?

Help! I'm replacing some light switches for my kitchen light and I can't seem to get the circuit to work properly with the new switches. I assumed I just needed to buy two 3-way switches, but I can only seem to get it to turn on/off using one switch at a time. The wiring has hot wires coming into both switches - do I need to use a 4-way switch somehow? Unfortunately, I didn't take pictures of how the original switches were wired. Hopefully the images below are helpful - I verified each wire by testing them individually and connecting the hot to the other two wires at each switch.

Update: I think the switch by the outdoor light was a 4-way switch. Still can't get it to work with using the old switch. 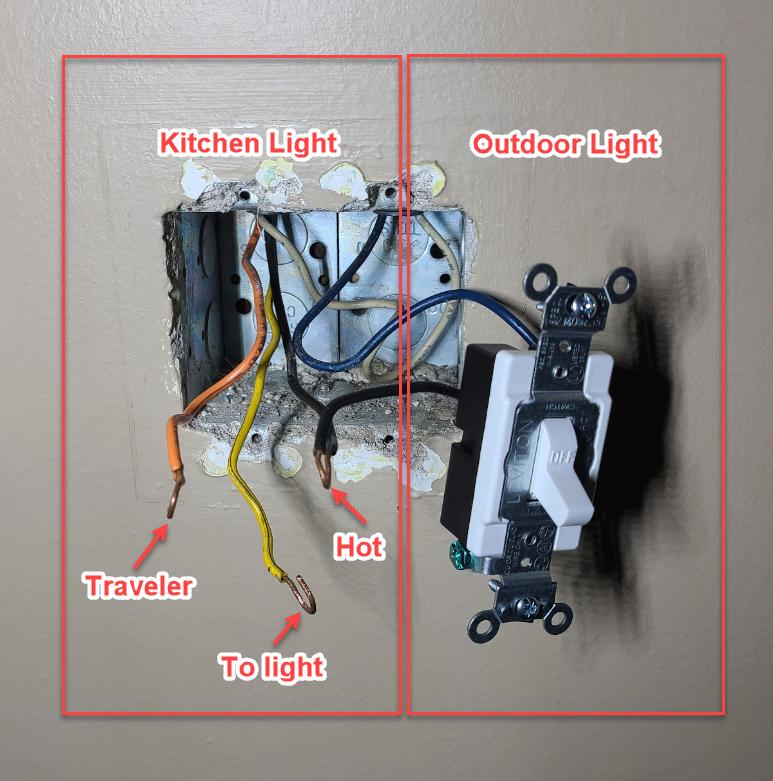 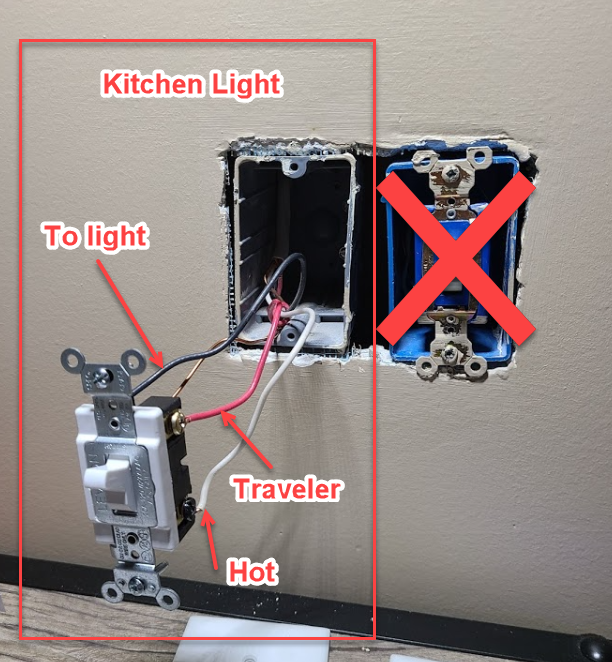 This is two three-way switches from the looks of things, but wired in a nonstandard fashion

From the wires you have, this does appear to be a fairly basic three-way switch circuit with both switches on loops from the light fixture, but with the way the second switch is wired, and the way you were able to get it working, it's not a standard three-way switch. Instead, it's what's called a "California" or "Coast" 3-way setup that brings always-hot to a traveler terminal on both switches and switched-hot to the other traveler terminal on the switches, then connects their commons together. This yields a working 3-way switch arrangement, as depicted below (illustration courtesy of Wtshymanski/Wikipedia), and has the advantage of providing always-hot and switched-hot at both switch locations, but has the downside that you can't add another switch to it. 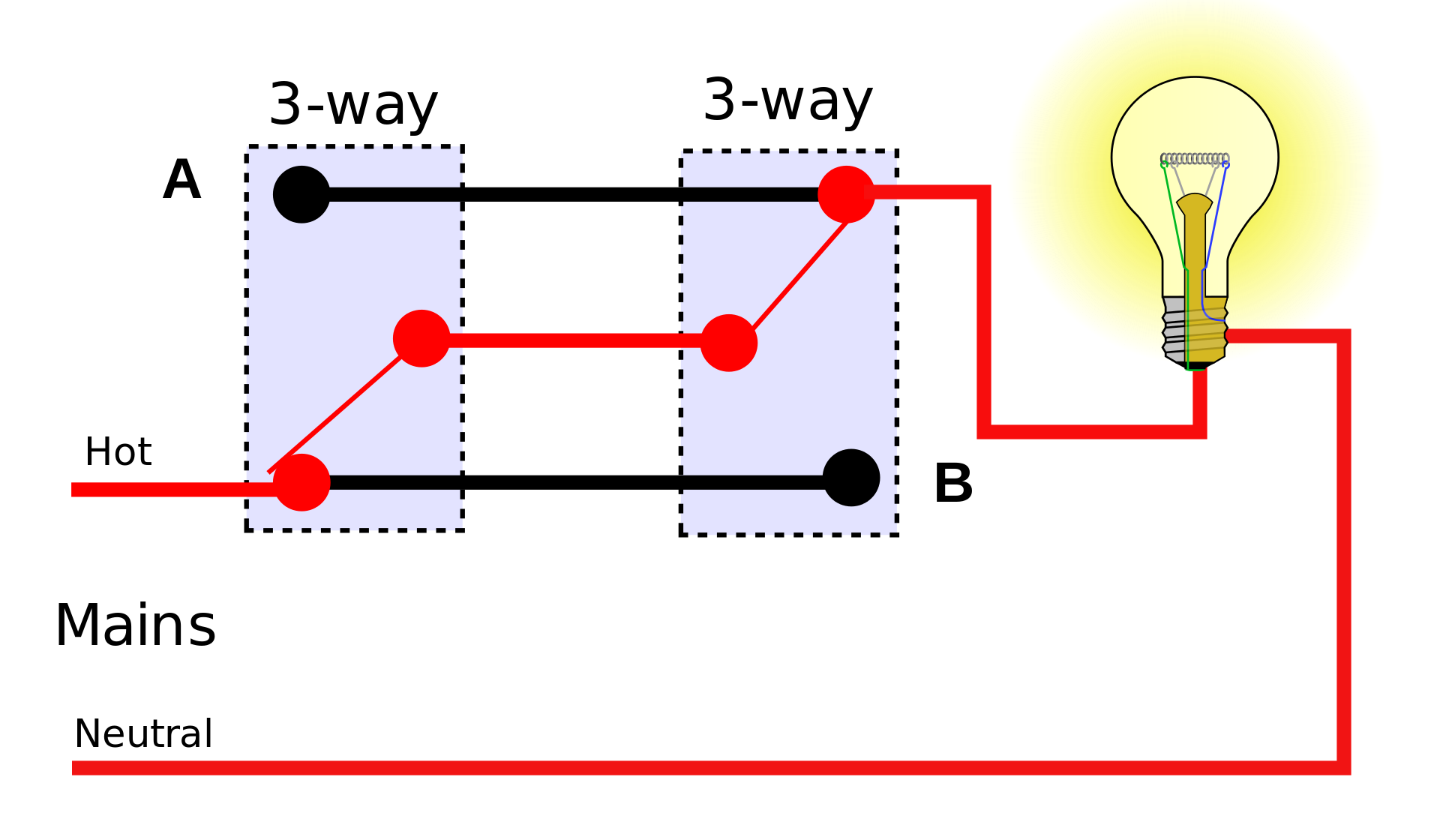 Thanks for the help to those who commented. Here's what ended up working. 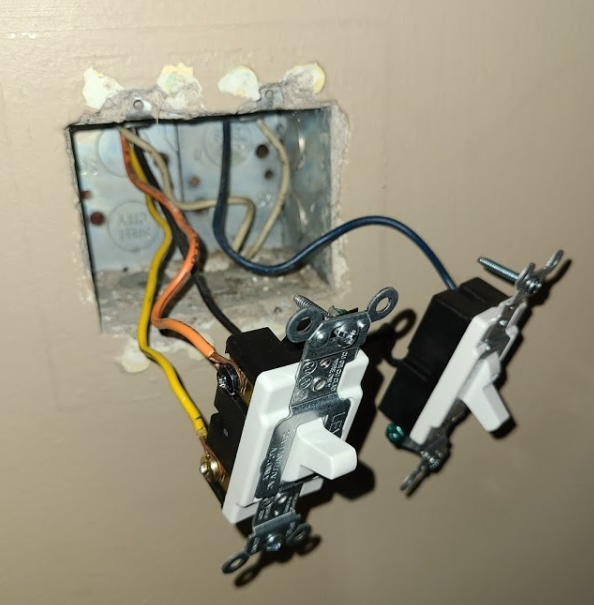 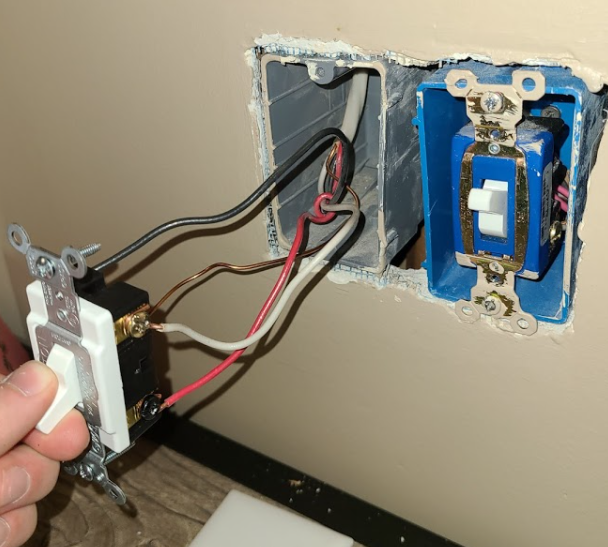 2
Wiring a double light switch
1
Changing 3-way ceiling fan/light switch to separate fan & light controls
2
How do I identify six light switch wires with a multimeter?
1
Replaced Outlet and Switch, Now Light Won't Turn Off
0
Light Switch/Dimmer Question
2
How can I get this light fixture to light up?
1
3-Way Light Switch Replacement Question
0
Three Way Switch Weirdness
1
Why is my light switch wired like this?