Are there any issues with this Trap Door Garage "Attic" Design?

We have a two story house that has a garage that has half of the 2nd story covering it and the other half doesn't. I want to build an "attic" opening to be able to access to run cables and other things.

So if you can imagine a garage with the back half of it that's holding the weight of the 2nd story and front half of the garage that's empty with at least a 4-5 foot gap from the ceiling to the garage roof to move around. This is where I want to place my access hole opening.

The issue is, I'm not sure if it's safe or to code etc.

This is what the stud/wood layout is now. There are two 2x10 inch boards that are attached to each other with 9 inch gaps between the double studs that run from the back toward the front. Since the 2x10 inch boards are running side by side, this equals another 3 inches. 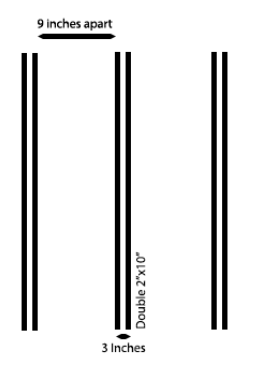 This is what I'm planning on doing. When I cut one of these double 2x10 beams, I will place adjacent pieces to hold the recently cut pieces on both sides. As you can see in the next image. With a 30 inch gap to be able to fit in and out of the hole. 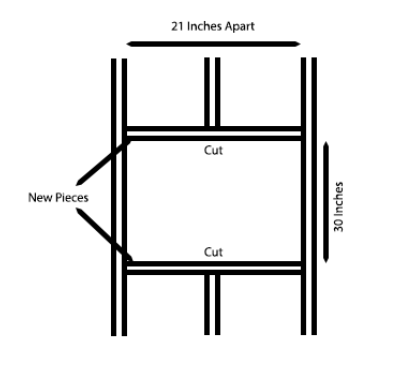 I've never see a single video of anyone attempting to do this. And since these 2x10 beams are holding up part of the 2nd story, I wasn't sure if this was possible or a good idea. I honestly figured with so many double beams stretching across the garage, Cutting a single one couldn't possibly have any effect on the overall structure, but I wanted to ask about it anyway. 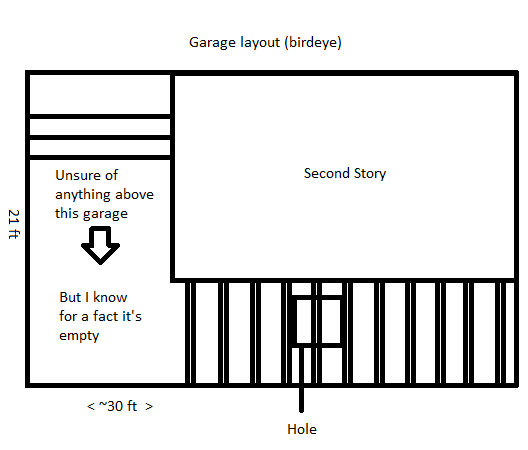 You would do far better to put your access horizontally from the second floor of the house into the space above the garage.

I honestly figured with so many double beams stretching across the garage, Cutting a single one couldn't possibly have any effect on the overall structure

If they were not needed for the design, they would not be there.

Surprised that an attic scuttle was not installed in the garage ceiling at the time of construction. You can header the joists to install a scuttle but there's some question here if you have trusts or what. Have a journeyman carpenter experienced in structural work to do it properly. As mentioned previously, you have to support across several joists before cutting to keep things in alignment and supported. Do not just end nail or end screw. Use brackets or angle plates as well. This depends on what's going on structurally given the double 2x10's and how much load is being carried in your choice of scuttle location. You'd have to cut a hole and look at what's going on above. To maintain fire code, use a double layer of 5/8+ fire code type x drywall on the scuttle cover, and fire rated insulation on top of that so when it is dropped in place it restores the ceiling fire rating. You can also have a G.C. look at things and give you and estimate as well as advice to conform to local code and do things properly or have then do it. *Note: the double 2x10 with 9 inch spacing for ceiling joists//spans is a bit strange. How wide is the garage span?

Not the answer you're looking for? Browse other questions tagged wood ceiling garage or ask your own question.

7
Can I replace / recreate a tri-fold garage door with three fiberglass flush doors?
2
What is the best way to secure (2x6) wood framing to the concrete portion of the garage opening?
1
How to hang load from ceiling I-beam joists behind drywall?
2
Can I use knee bracing to cantilever a deck further than code allows?
1
What are my options to level a concrete driveway?
0
Hang a 100lb heavy bag from ceiling
2
Wood beams for pallet rack wire decking
2
garage storage area project
0
Hanging ceiling hooks from concrete beams above drywall ceiling