I own a home heated with the wall mounted wall heaters that need to be cleaned every year. The way it's recommended to clean them is just simply remove the cover and vacuum out to the insides, if not blow out with compressed air. This is already been done last year at the beginning of the heat season, and it's time again. The initial startup of them always has their accustomed smell of burning off whatever remains on the elements after cleaning, which can still leave a bit of a stink initially. Some of them still have a smell even though they have been cleaned 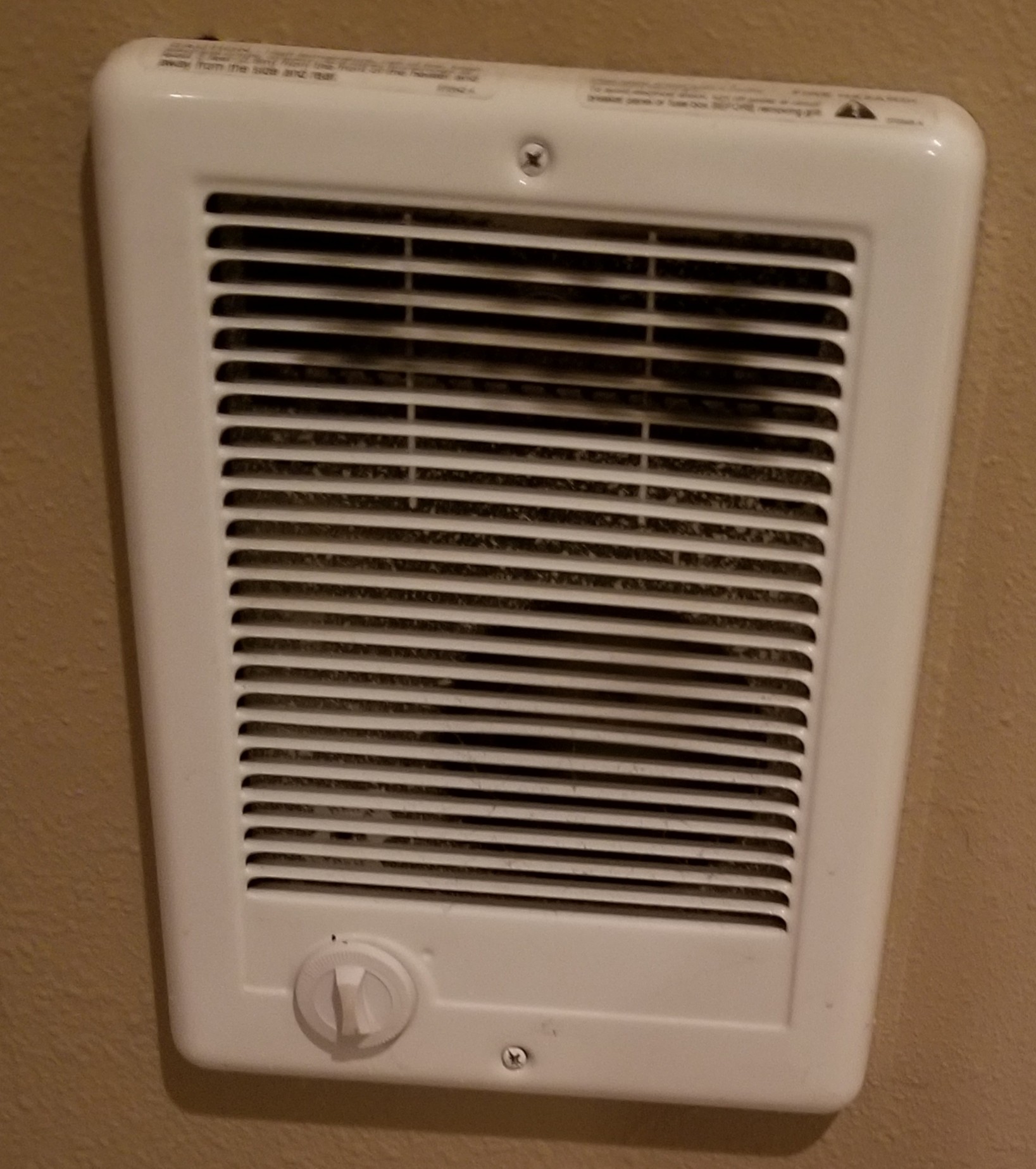 This is a picture of perhaps the worst one, since it's got what looks to be soot coming out of the heater portion of it. This is one, as was all of them were cleaned just prior to this showing up, with compressed air and a vacuum to keep the dust from flying everywhere which work pretty good, all contained within a cardboard box cut out.

My question is, is there a way to clean these after I remove the heater unit from the wall sleeve which is very easy to do, and disconnect from the power, better than simply blowing air through them at the most? Is there a solution of water and something that I can literally wash them in to get them virtually clean as possible? Of course I would allow them to dry before reinstalling and turning the power back on them, but it seems these things provide a little bit more smell than what's necessary, and since this has been the case for the past 2 years since we have owned the house and not knowing what situation the prior owner had, I would like to clean them in a way they will no longer give out any odor at least for a season. Replacement for all of them in the house would be a costly proposition, so I really don't want to just simply buy new ones at about a $120 to $200 a piece, for the 9 or 10 I have in the house.

This question stems from the spray that is available as a electrical contact cleaner or electrical cleaner of some sort. I was looking to use a larger volume to use to allow flooding of the areas needing cleaning

The parts I am only interested in cleaning are the coils at the least, including the fan area, but not the motor, at the most. If it was deemed plausible to clean the way I hope, the rheostat and fan motor would be protected from the process. I am aware of problems caused by water or a liquid being trapped in such places. My lack of concern may or may not be warranted about the rust that would form on the coils and perhaps the connections to the coils. It will only be a one time wetting, whatever the solution is that may be used, preferably something that will not cause rusting.

I have the same problem. What I noticed is that debris gets trapped in the heating grill and even with air and suction its too wedged to be removed.

What may help is to use a long bottle brush before air and vacuum.

The only issue you may have with washing the heater would be it rusting. Depending on the metal there is an reaction called "flash rusting" which happens to certain metals that gets wet.

I believe if you work the brush into the heater grate and blow with compressed air you will have removed any bug carcasses, leaves, webs, etc. that ignite when left behind.

The recommended way is better than using another way to clean this type of heater.

Or you can try both of them, suck it with vacuum first then blow the rest.

The soot part of black could be some part of your heater burned up, either the plastic part or just another dirt.

The other way to clean up is removing your heater completely and try to disassemble it and after that, you can clean each part perfectly. (careful with the cable line, make sure it is disconnected both Live and Neutral)

The water type of cleaning process is not so good with the electrical device because it tends to leave the water in it and make it worse.

Let it dry after cleaning with alcohol or contact cleaner.

Not the answer you're looking for? Browse other questions tagged heating heater maintenance electric-heat or ask your own question.

3
How do I clean an AC condensate pan?
4
How can I remove rust stains from clothes?
4
How should I clean stone surfaces prior to applying sealer?
1
Can I put the burner head in the oven during self cleaning?
1
Sizing Electric Baseboard Heat (Supplemental)
1
Why do space heaters make the air smell like that?
0
King wall heater - fan works but no heat
1
Half of furnace turned off?
0
What method to use when cleaning an old wall-mounted garage heater?