AC can only go one direction

I'm currently sending grid power from my house to a shed, and I'm now trying to send solar power from an inverter back to the house. I'm confused because the house can power the shed (120V AC displaying from an outlet in the shed, but when I connect an inverter to the shed outlet, I am reading negligible AC output at the house outlet (60V AC) after disconnecting the outlet from the grid. Why would it be that AC can go from the house to the shed and not vise versa? Is it possible there is some diode underground that blocks current from going the reverse direction?

I wish I could provide more details about the wiring, but I'm kind of working in the dark because it's underground and inaccessible. I've provided the crude drawing below based on my most likely flawed understanding.

Sorry I remeasured the AC voltage from inverter to house and am reading 60VAC (not 6VAC) on the house end. Seems like only half of the sine wave is being sent for some reason.

I've included some pictures of my setup. The first one shows the outlet on the home, the power comes from the attic down the tube into the box, which feeds the outlet. The cord in picture 2 plugs into this outlet and powers the shed through underground wire with 120V AC. When it's not connected, the extension cord has no power. What's weird is the cord has 60VAC when connected to the inverter (nothing else) so something must be going on underground since the shed has 120VAC from the inverter. 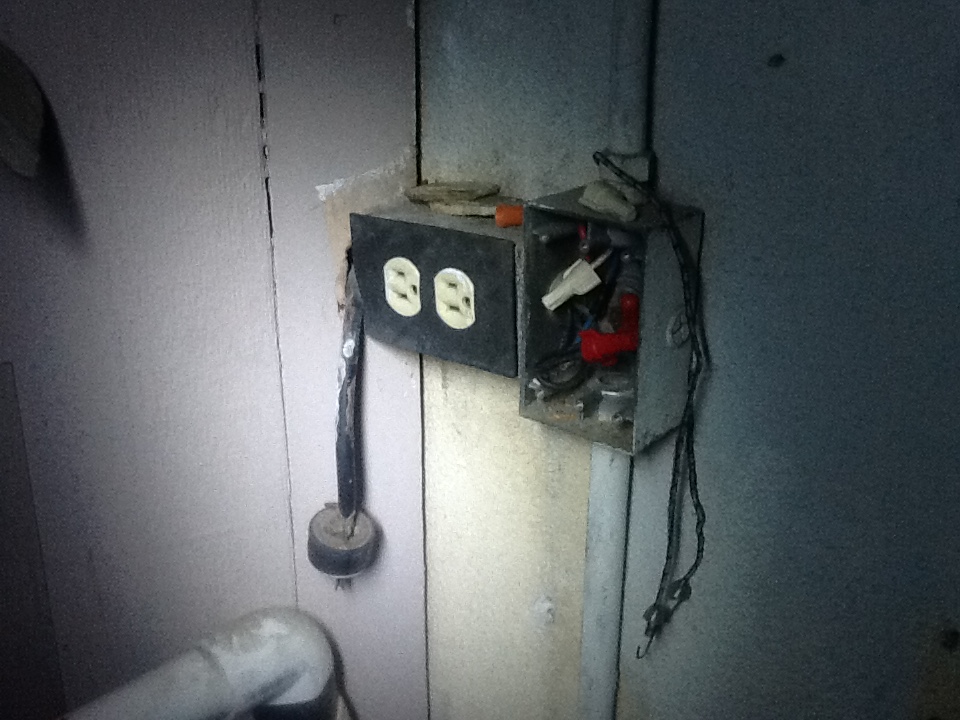 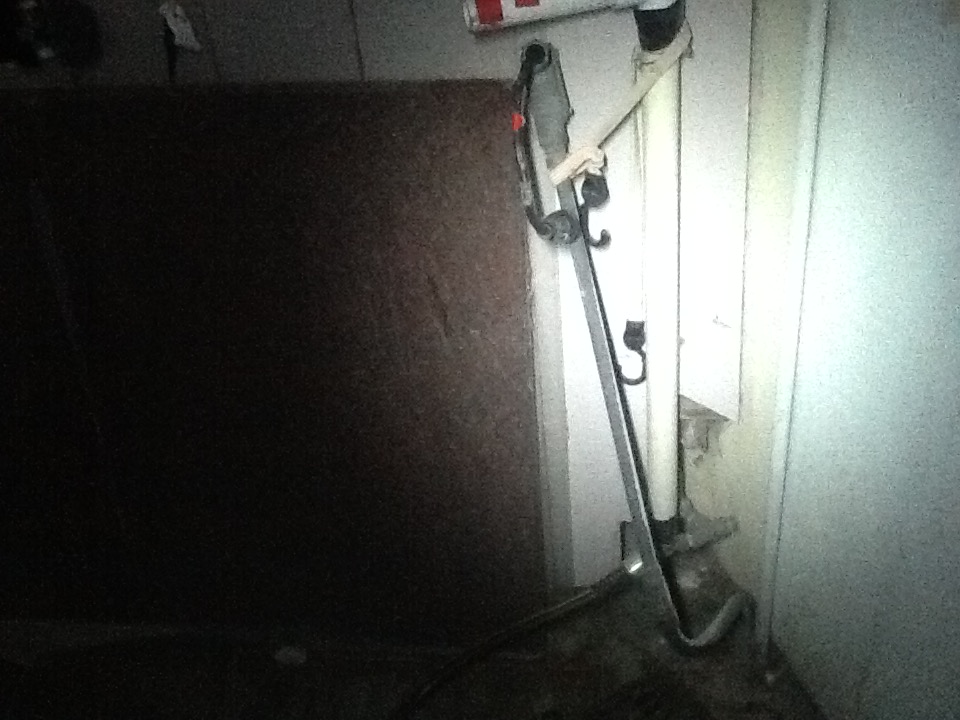 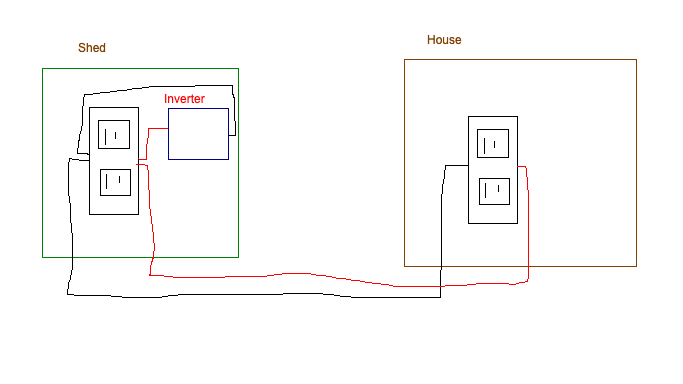 Given you say the shed/house cable was completely disconnected from the input, and is being used the other way around, then there's something else going on.

But your underlying question is correct - wire does not care which way around it is installed so power doesn't have a preferred direction, or a "downhill". AC power alternates direction every 50th/60th of a second, so power is going "both ways" many times a second.

What else do we not know ?

Where powering something off the inverter means a physical disconnect and replug. This will keep the off-phase AC separate

Off phase ? The grid has a frequency of 60 or 50 HZ. That's fixed and not going to change. If your inverter pushes out the same frequency but off-set a little, then the two wave forms are going to cancel out, resulting in something like this (not to scale)

The other options are

There is no good and safe way to backfeed AC power to your house from the shed, using the existing cabling. To do it right, you need to install a reverse feed cable, and connect it to a mains disconnecter at the home's input. Such an install would probably best involve a licensed and insured electrician, not bodging around.

This is something the inverter's most likely doing, not your wiring

Grid-tie solar inverters are designed to feed power into an operating electric grid, and thus need a grid AC source to synchronize to. If you deny them that grid source, they will refuse to invert. This is to prevent the inverter from trying to power up a dead grid, which poses hazards to the linesfolk out in -20°C, 20m/s winds, and 20 cm of snow trying to get your power back on, as well as the health of the inverter. Furthermore, grid-tie solar inverters don't have the ability to stably regulate grid frequency and voltage, or provide something called reactive power in order to keep the grid functioning properly, for that matter.

Note that if the shed is connected normally to the grid, and the grid is functional, a grid-tied solar inverter will supply power to everything: the shed, your house, and if anything is left over, up through the meter and service cable to the utility for somebody else to use. It's doing this by synchronizing its own output to the grid-supplied AC waveform, though, hence the limitations described above.

For what you want to do, you'll need a proper inverter, not some Cheese-pipeline special, though

The bad news is that for what you're after, your inverter is likely the wrong tool for the job. Your average cheap inverter purchased on Amazon/eBay/AliExpress/... is meant for RV(caravan)/portable power usage, and thus isn't made or tested for grid-tied service, or for long-term off-grid use for that matter. For what you're doing, though, you need an inverter that's been independently tested to meet the applicable national/power utility standards ("grid code") for interconnection to the electricity grid, even if you're running an off-grid system. Given that you're outside North America, I would recommend a Victron MultiPlus multimode inverter. These have good support for worldwide grid standards, extensive testing to verify that they comply with those standards, and are also going to be more rugged with regards to motor starting and such than your average cheap inverter will be. Furthermore, they have models in the line that support 120V operation (vs. 230V), and can support off-grid operation either in addition to or instead of grid-tied service, as they have an internal switch in them that lets them automatically disconnect the inverter from the grid when mains power goes away while still providing inverter power to a set of standby loads wired to a second set of AC terminals on the inverter.

Not the answer you're looking for? Browse other questions tagged electrical wiring solar or ask your own question.

3
Multiple grid-tie (non-micro) inverters
5
Sump pump automated battery backup
1
What kind of inverter do I need for an inductive load?
1
Need help buying the right sized off-grid solar system
1
Standalone circuit for emergency power
0
Choosing a feeder cable from solar shed to off-grid cabin
0
How can I tie a solar inverter in with my generator for use when grid power is lost?