Are two wires coming out of the same circuit breaker safe?

There are two wires coming out of two of my circuit breakers in my electrical panel. I am thinking the previous owner of the house stuck these two wires in there because the panel was full and they didn't want to replace the panel. I am not sure though, all the searches I have done on line haven't returned any info on why they would do something like this. 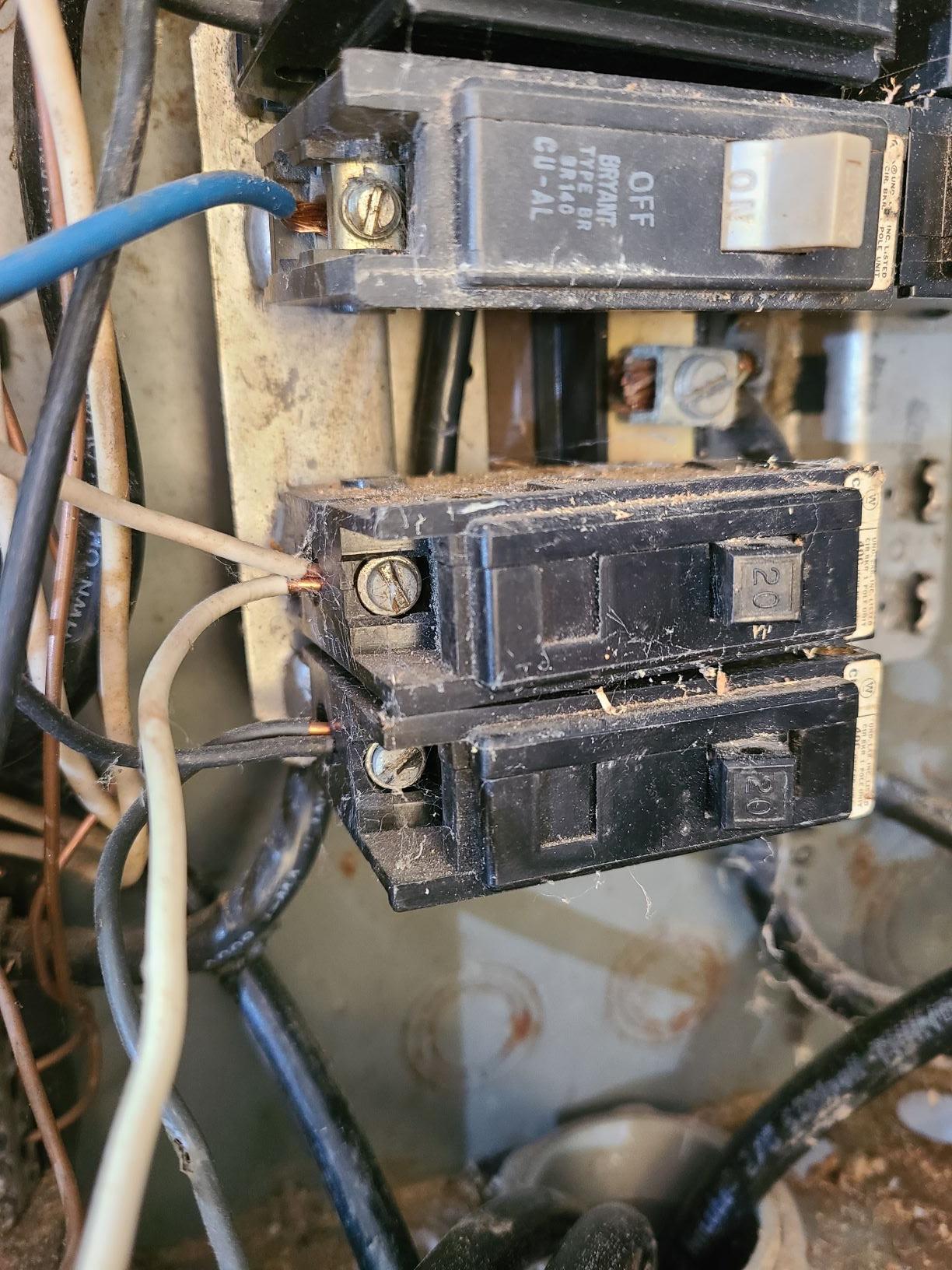 It depends -- some circuit breakers are designed to accommodate two wires. If they are, though, it'll be clear that they are. For example, these Square D Homeline breakers are marked with symbols or text indicating that two conductors are allowed but only if they're both copper. The plate under the screw and the molding of the case are also visibly formed to accept two conductors. 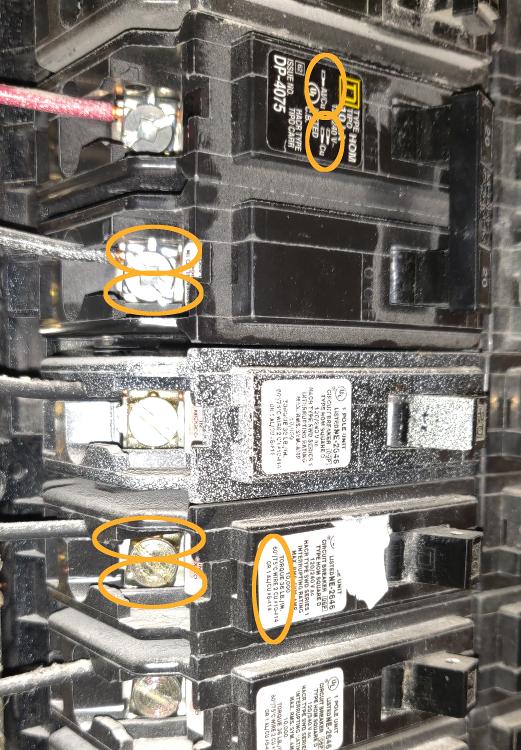 Your breakers could be marked on the side of the case; you'd likely have to remove one to find out. There's a label just barely visible which might tell the story.. I'm not well-acquainted with your BR breakers but to my eye they don't look like they're designed for two conductors.

In any case, it's always safe and easy to use a pigtail: a single piece of wire as a jumper between the breaker terminal and the other two wires. Join the pigtail to the others with a twist-on or push-on wire connector.

There are a few different potential problems here (and I think the pros will find more...):

There is a 3rd possibility, but I don't see how it can apply here: Multi-Wire Branch Circuit (MWBC). An MWBC actually uses 3 wires to provide 2x120V & 240V all with one set of wires. An MWBC requires either a double-breaker or two breakers connected together with a handle tie. But an MWBC (which would have to be two MWBCs for 2 sets of wires) makes even less sense because that would normally use either a 3-wire cable with hot wires black & red (and neutral white) or 3 individual wires, with any colors for hot except white.

Even if the breaker only allows 1 wire per lug, wire nuts are allowed in service panels so you just pigtail and done.

I am concerned about the age of this unmarked breaker, but also concerned whether it is an appropriate breaker for this panel. All breakers need to either be the same brand/lineage/type as the panel... or be a competitor breaker that is UL-Classified for use in that panel.

Mind you there have been many mergers and acquisitions in the business, leading to interesting chains: Westinghouse-Challenger-BRyant-CutlerHammer-Eaton for instance.

Whether or not it's OK depends on the breaker itself. The breakers for my panel are (at moderate amperages, anyway - the larger amperage breakers have different wire terminals suited for larger wires) rated/listed/have instructions for two copper wires up to 12 or possibly 10 gauge. They are only listed for a single aluminum wire at any size and a single copper wire at 8 guage, if I recall correctly.

Appearances suggest that those breakers should be handle-tied, as they appear to be supplying 240 volts to the black and white wires of the cables connected to them. So long as the wires are at least 12 gauge (since they are 20A breakers) and the breakers themselves are allowed to have 2 wires connected to them, there's nothing inherently wrong.

But I don't know from looking at that picture if your breakers are listed for two wires or not.

For most circuit breakers, there is a maximum wire gauge / diameter that can be tightened. You can check from your circuit breaker (near your wire hole) or spec on the internet.

Let's says you have a maximum wire diameter 6mm, if each wire have 3mm diameter it's acceptable, but it much safer if you twist both ends to secure that joint before put in there and tightening it.

16
What is electrical code for number of wires in a breaker?