I was preparing to hang some shelves in our garage the other day and after some inspection I discovered that the drywall is hung on staggered horizontal 1x‚Äôs attached to the studs (can be seen just inside drywall in picture).

Our home is a split-level built in 1963 and the wall in question is an exterior wall with brick veneer. There appears to be sheathing between the studs and brick.

I‚Äôm considering removing all of the drywall to make some repairs for old termite damage. When hanging the new drywall, is there any reason I can‚Äôt/shouldn‚Äôt attach it directly to the studs? Or is the ‚Äúair gap‚Äù created by the 1x‚Äôs somehow important to the function of the wall?

Really, I‚Äôm trying to understand why the drywall was originally hung this way rather than attaching directly to the studs. 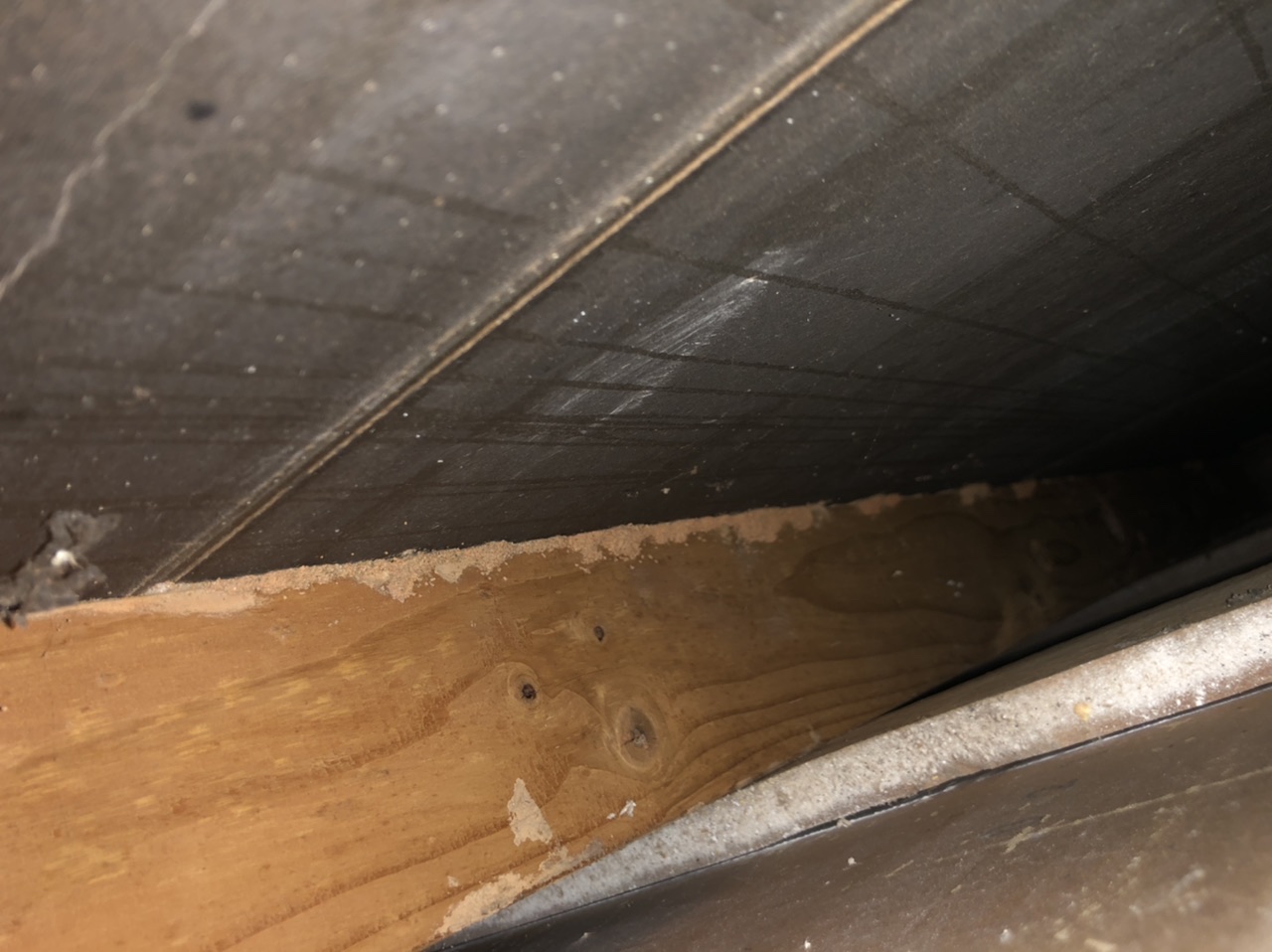 It's hard to say why someone installed the framing in such a way. Most likely it was installed to (as you stated) allow for better air circulation and removal of moisture in the wall.

You should plan your project to include a means to prevent moisture and/or a way for it to escape. This can be anything from vent holes for every wall bay or spray foaming each wall cavity. The foam would have the secondary benefit of also providing a R- value by insulating your home.

Since the wall is an exterior one (I believe?) some type of insulation should be installed in order to keep the living space in your home comfortable and utility bills low. Foam is a good choice<as mentioned before, but blanket insulation with a paper vapor barrier would be less costly. Check the exterior facade for vents which should be considered in your plans.

After some further investigation (i.e. removing a bit more drywall), I've discovered the reason the drywall was hung this way.

0
Do knee walls in an attic need blocking between studs at the top for drywall?
1
Gap between stand up shower and stud
0
What are we doing wrong? Just trying to hang a picture ‚òπÔ∏è
0
Can these walls support bookshelves?
0
Finding studs behind new build drywall to mount TV
1
Can a 75" TV be safely mounted on two steel studs?
0
Mount TV to drywall with very little clearance
2
How should I shim furring strips to bring them on plane with an adjacent wall?