How to take off conservatory door

I'm preparing to dismantle a conservatory without breaking stuff, and I can't figure out how to take the doors off. Yes, I did put it up, but that was years ago, and I've forgotten. It must be simple - I did after all manage to put them there; so how do I take them off?

I've attached some pictures; there is a small screw on one side - that's for horizontal adjustment - and two on the top that I'm entirely sure about. The one near the frame comes out easily and doesn't really seem to have a purpose, the other one is very hard to turn and there is a small screw on the side of the hinge, that seems to be for locking it in place, but losening it doesn't make the top screw want to move. I'm worried about forcing it, so what is the secret here? 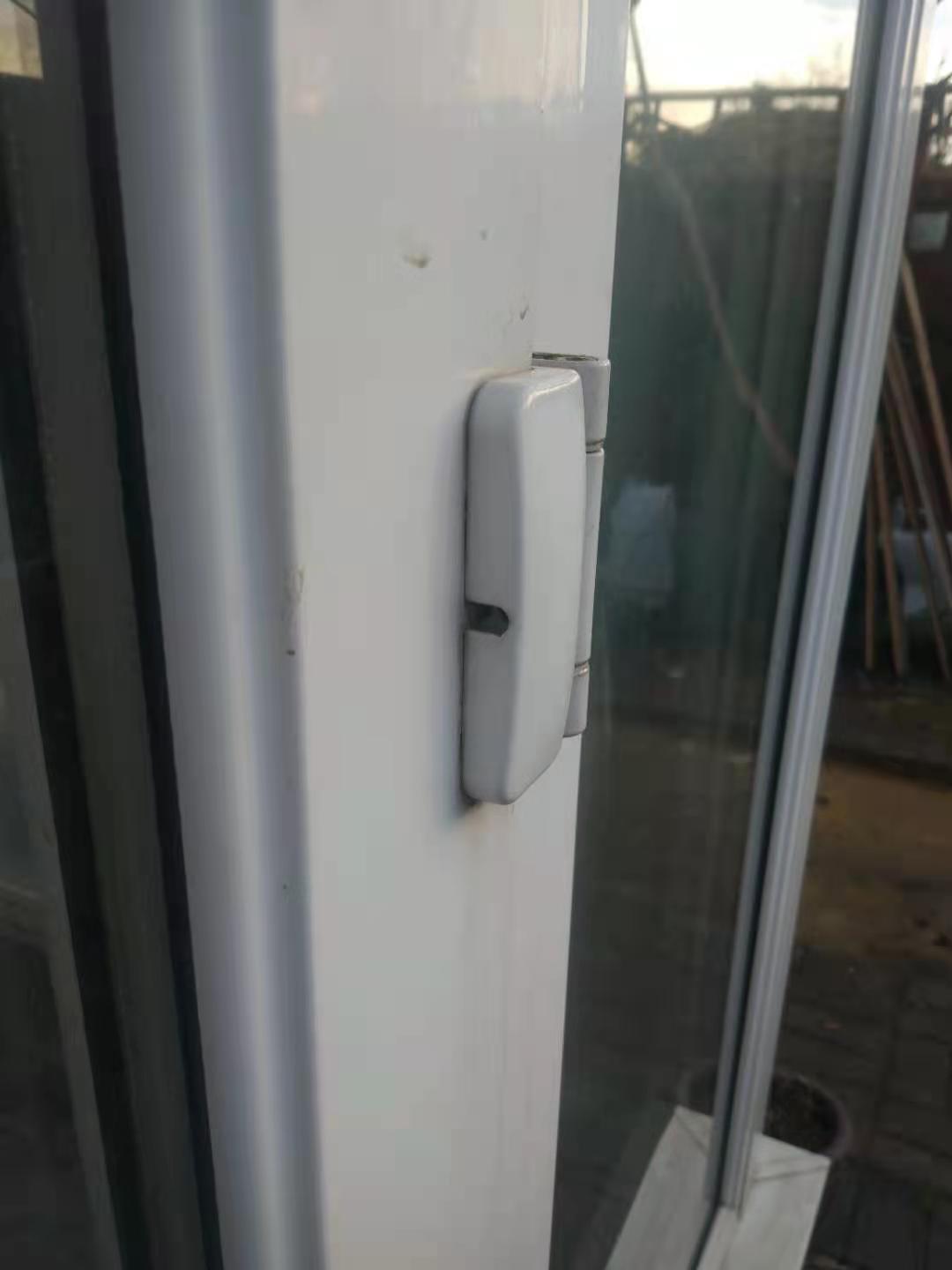 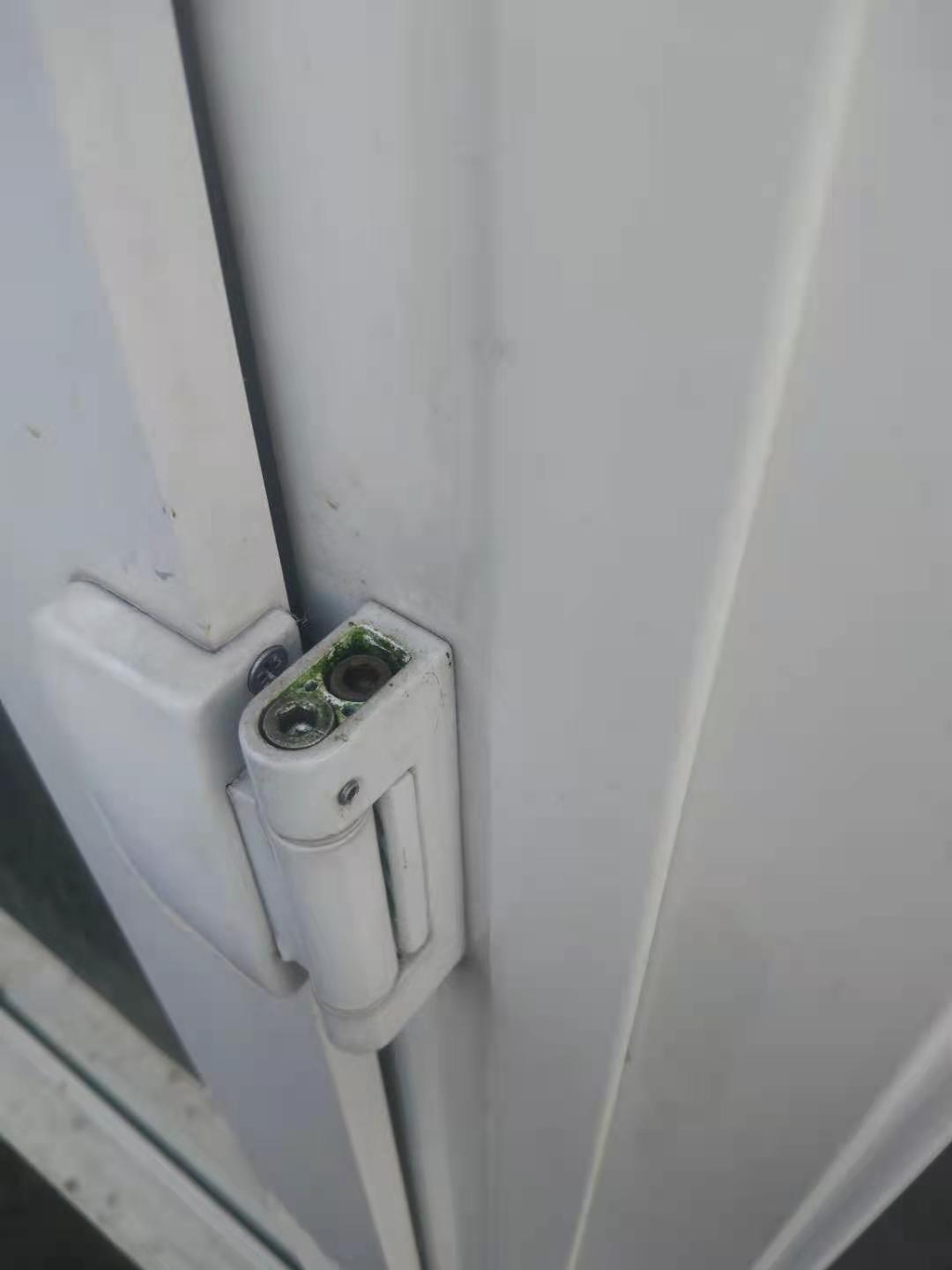 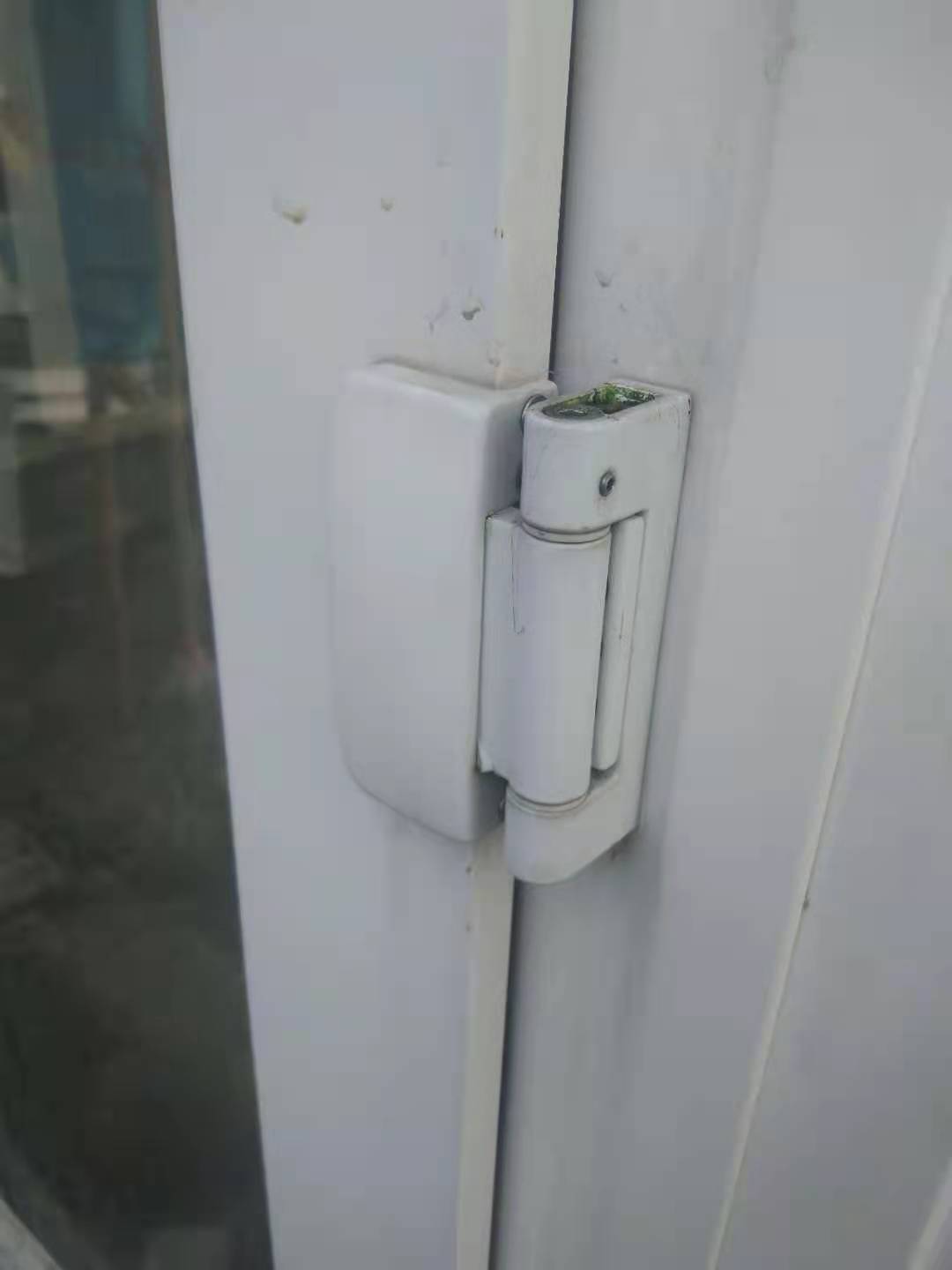 Two picures of the Philips screws. They are unfortunately not accessible, because the gap is too small: 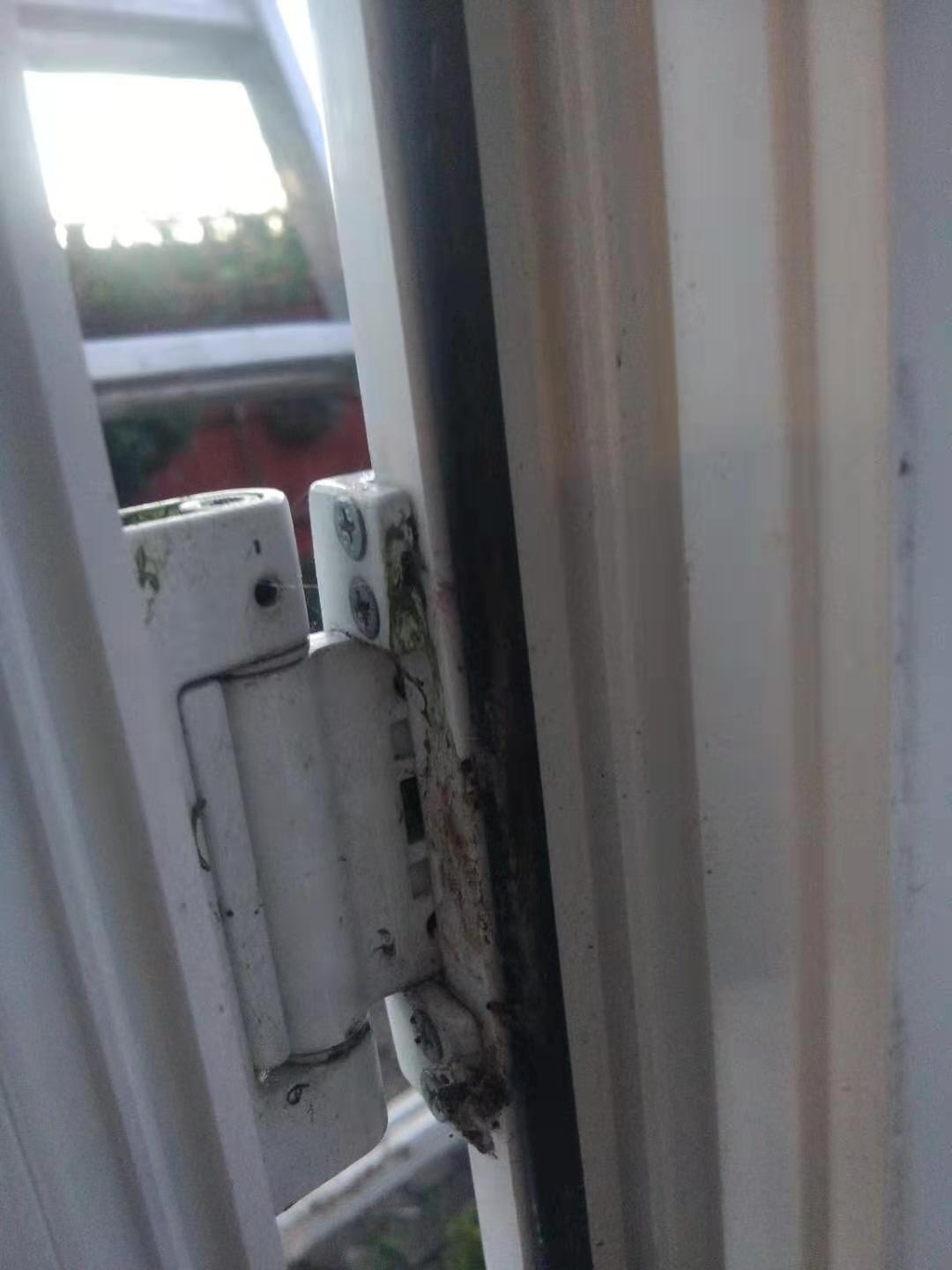 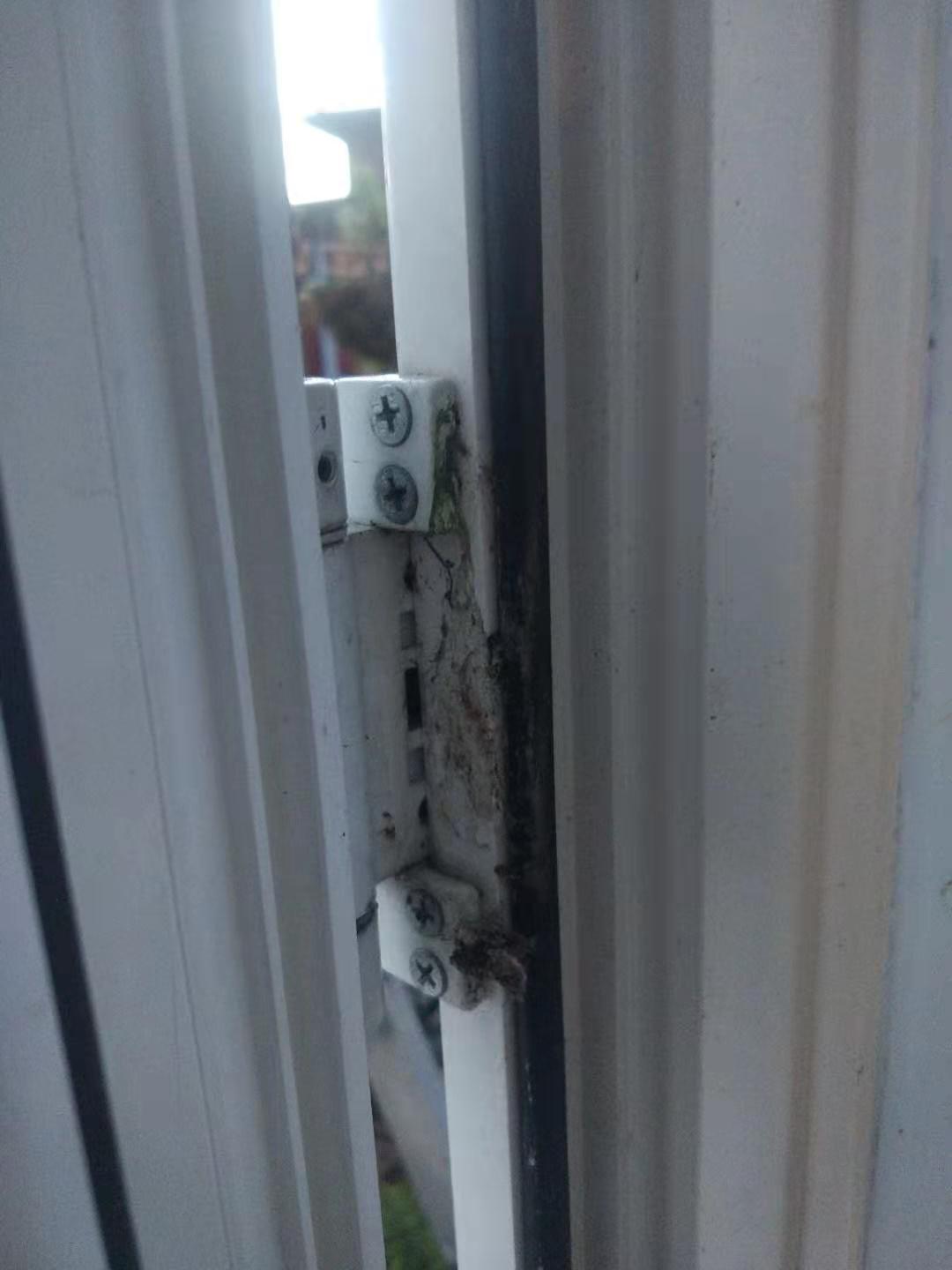 I have tried out @FreeMan's suggestion, but as it turns out, the top-screw that appears to be the hinge-pin is not; instead it adjusts the position of the door as in this illustration: 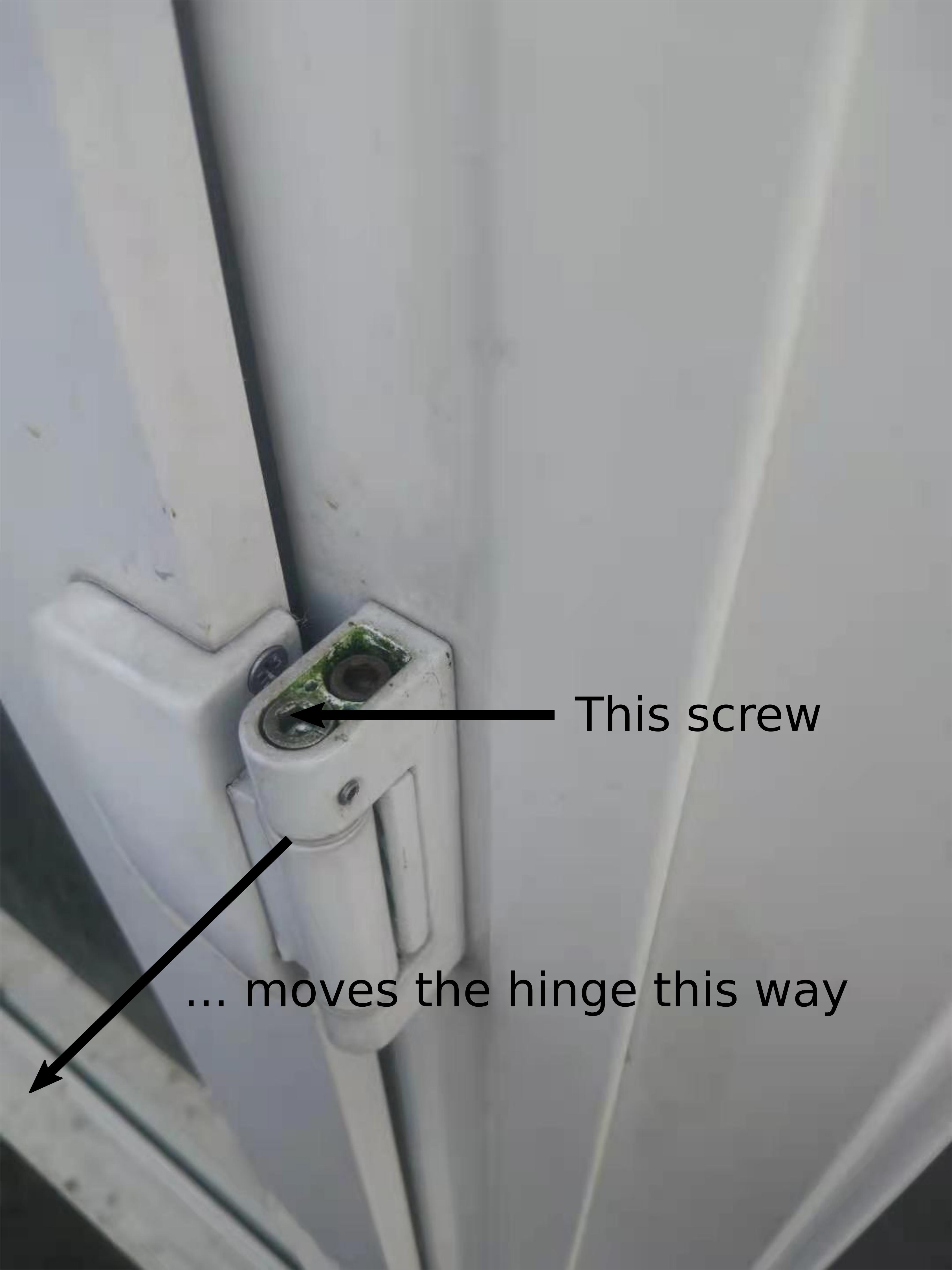 As isherwood noted in a comment, you need to remove the hinge pins. To get them out, it's likely that you'll also need to loosen the set screw. 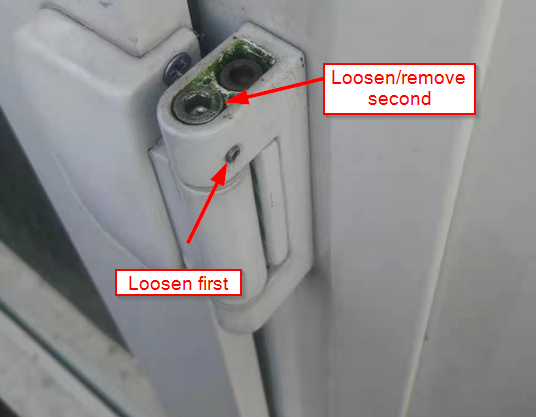 Loosen the set screw by backing it off a turn or two. There shouldn't be any need to fully remove it, but if you do, that's not the end of the world, just put it back in enough to keep it from falling out.

Then remove the hinge pin which seems to bolt in. It occurs to me that the hinge pin may actually be a 2 part device, with a bolt up top that we can see and a separate one down below that's not as obvious. Without a 2nd set screw, it's not as likely, but it's possible. There may be a nut of some sort on the bottom that has to be held with another tool while backing off the bolt we can see.

Once you've got the door removed from the hinges, you can take a Phillips to the screws holding the hinges to the door jamb.

Note that the years of accumulated crud & corrosion may require a fair bit of force to loosen these bolts. You may want to put a penetrating oil on and let it soak in for a while if you're meeting resistance. You should be good with the Allen head screws - those generally get a pretty good bite and don't strip often, but the Phillips screw heads will be very easy to strip out if you're not careful.

I finally managed to get the doors off in the end - I though it might be of interest here. Inspired by the help in comments and the other answer, I realised the answer was much simpler than the apparent screw suggested. I cut the sharp end off a nail and used it to knock the pin out from the bottom of the hinge - note the bit near the top, which is an off-centre cylinder; this off-sets the hinge when you turn the pin: 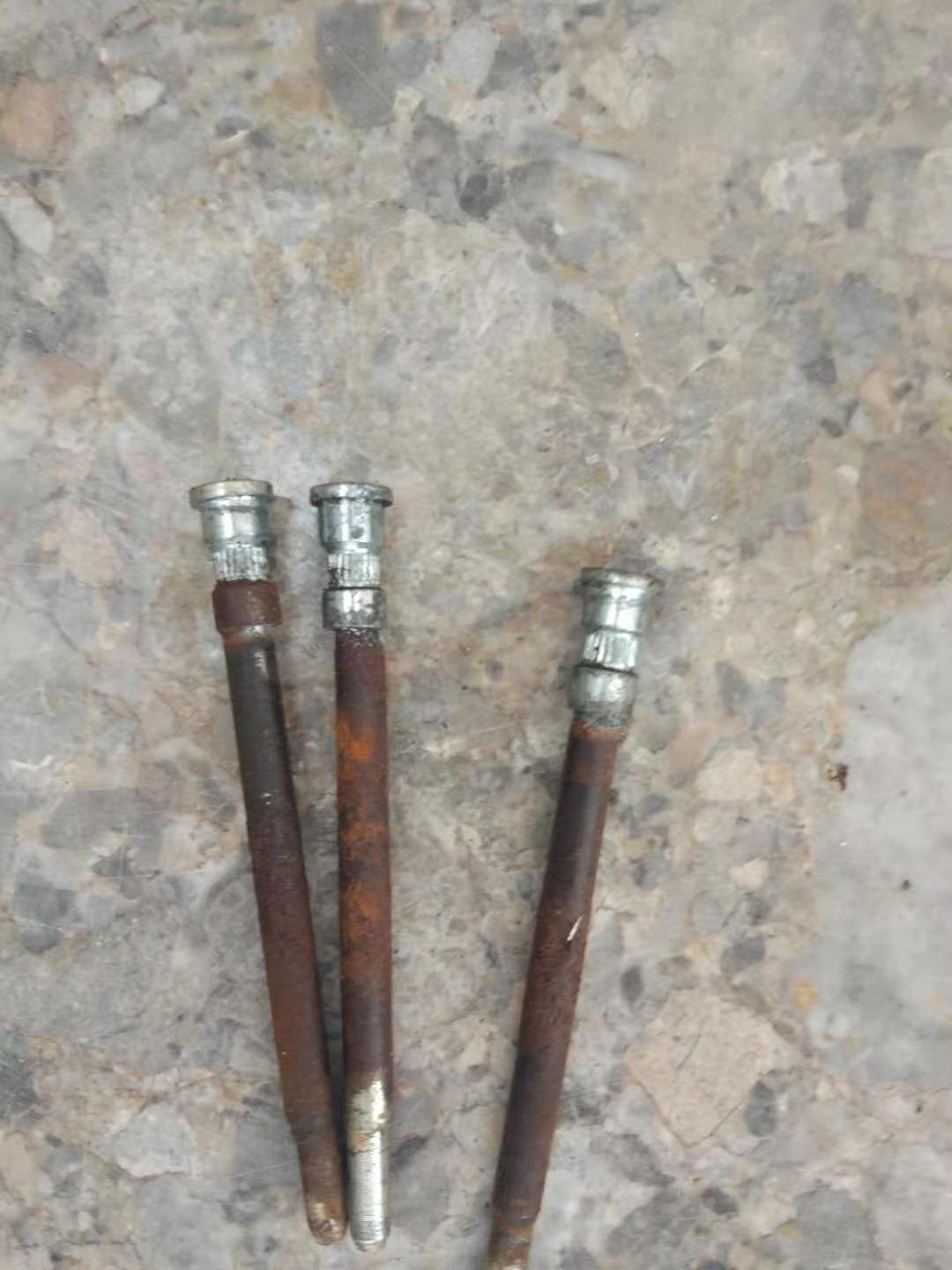 Not the answer you're looking for? Browse other questions tagged hinges or ask your own question.

1
What does the panel release button do on this hinge?
1
I need to make a swinging cat-door in a piece of furniture but I can't figure out how to hinge it
0
Repair an old cylindrical hinge on an old bedroom closet
1
Is there a hinge which will move both connected doors when just a single door is moved?
2
What causes this glass shower door hinge separation
17
Technique for driving hinge screws to minimize misalignment
2
Door jamb wider than framed entry
3
Need a hinge that pushes outwards as the door opens
3
Our door won't close, is it a sagging door or a misplaced strike plate?
1
Replacing cabinet hinges but plates don't have matching screws