I recently remodeled the bathroom in my 1910 craftsman. We pulled out give layers of rotten subfloor and fixed a leaking sewage pipe, then had a tiler make a new shower.

When he was done there was a strange slightly raised bit that you can see in the attached picture. He said he was unable to get this leveled but it shouldn't be a problem.

It was working fine for about a week, and then over the last couple of days I've noticed a strange white liquid leaking from that strange bump. And I can push down a few of the mosaic tile with my finger which makes me think it's mushy under there.

I don't even know where to start on fixing this and would appreciate any advice about what might be causing it. 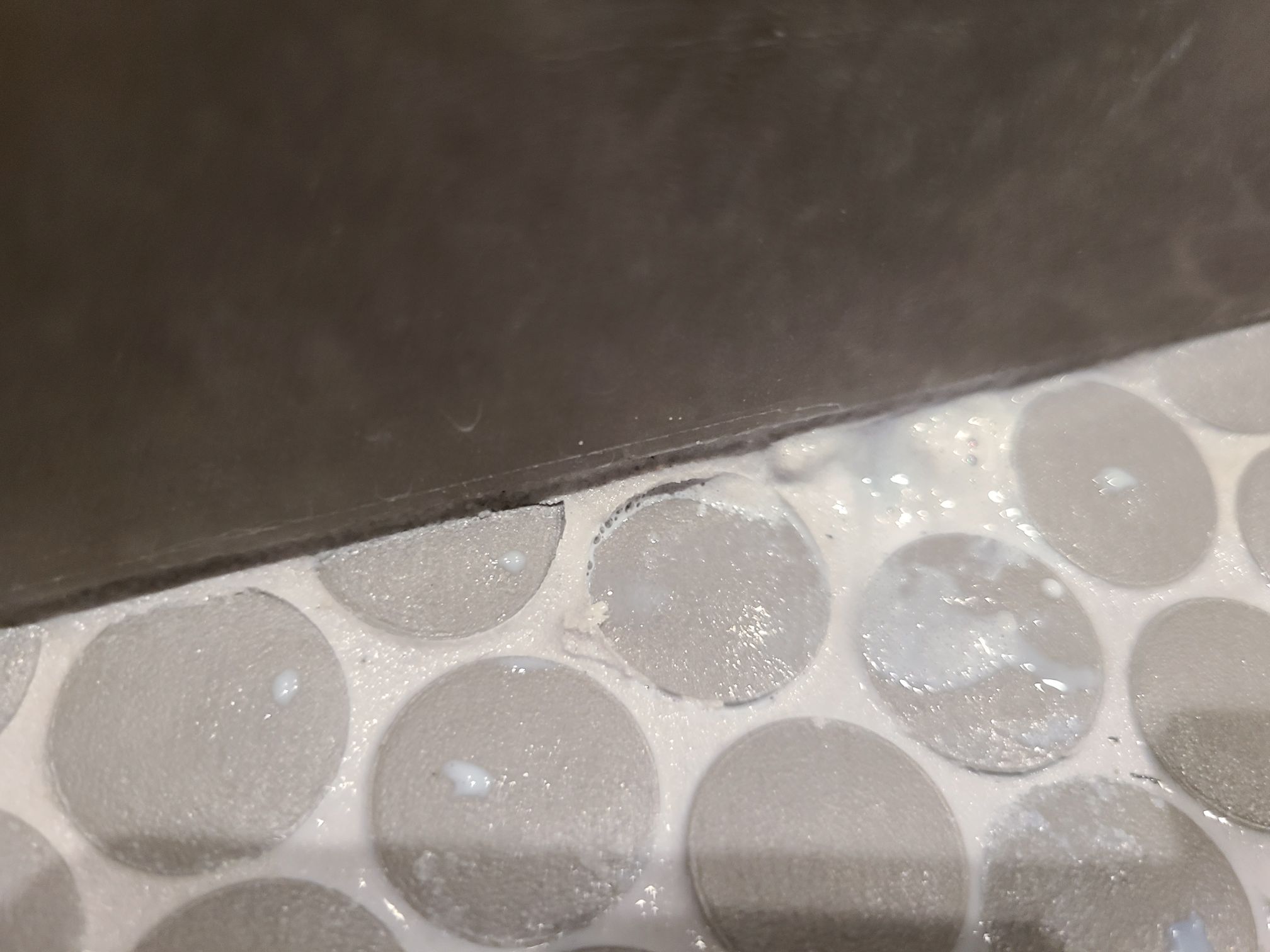 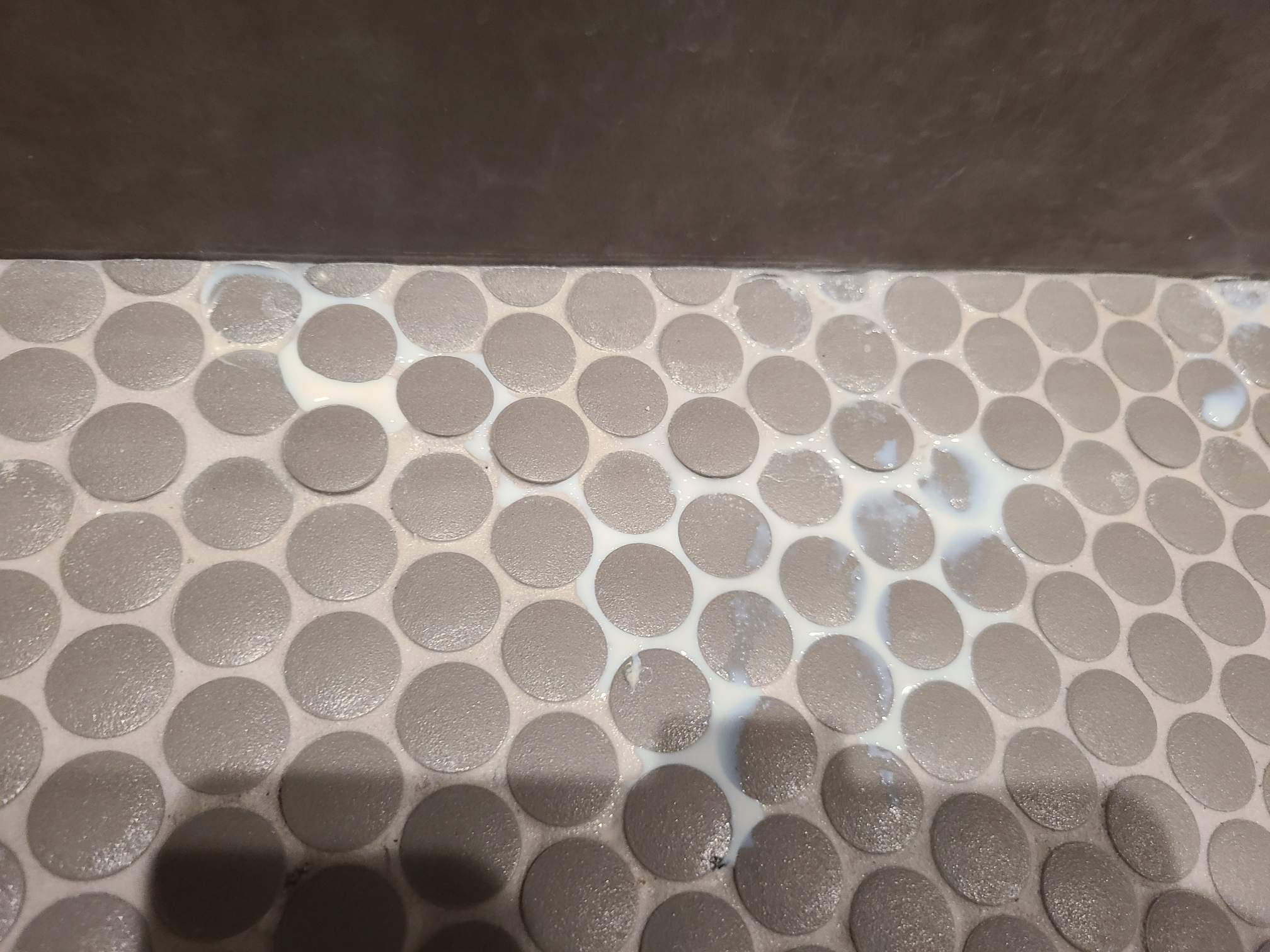 Browse other questions tagged tile ceramic-tile leaks or ask your own question.

1
Does my travertine-tiled shower have thin set leaking out the bottom?
1
Tile shower is leaking
0
Do backer board seams on tiled floor need to be taped?
0
Shower Tile Waterproofing
1
Floating tiled shower wall and a Schluter type edge
0
How to install a grab bar in a tiled shower
1
Water off/ still leaking
0
How to finish edge of tiled shower with metal outside drywall?