Is there a safe way to rewire original sconces?

My 1930's fireplace (Seattle WA, USA) has these inoperable sconces mounted on its face. The house has been updated to modern wiring, but these sconces were left alone and do not work. There is old fabric wrapped knob/tube wiring running from a central electrical box (pictured below) to the location of the sconces. 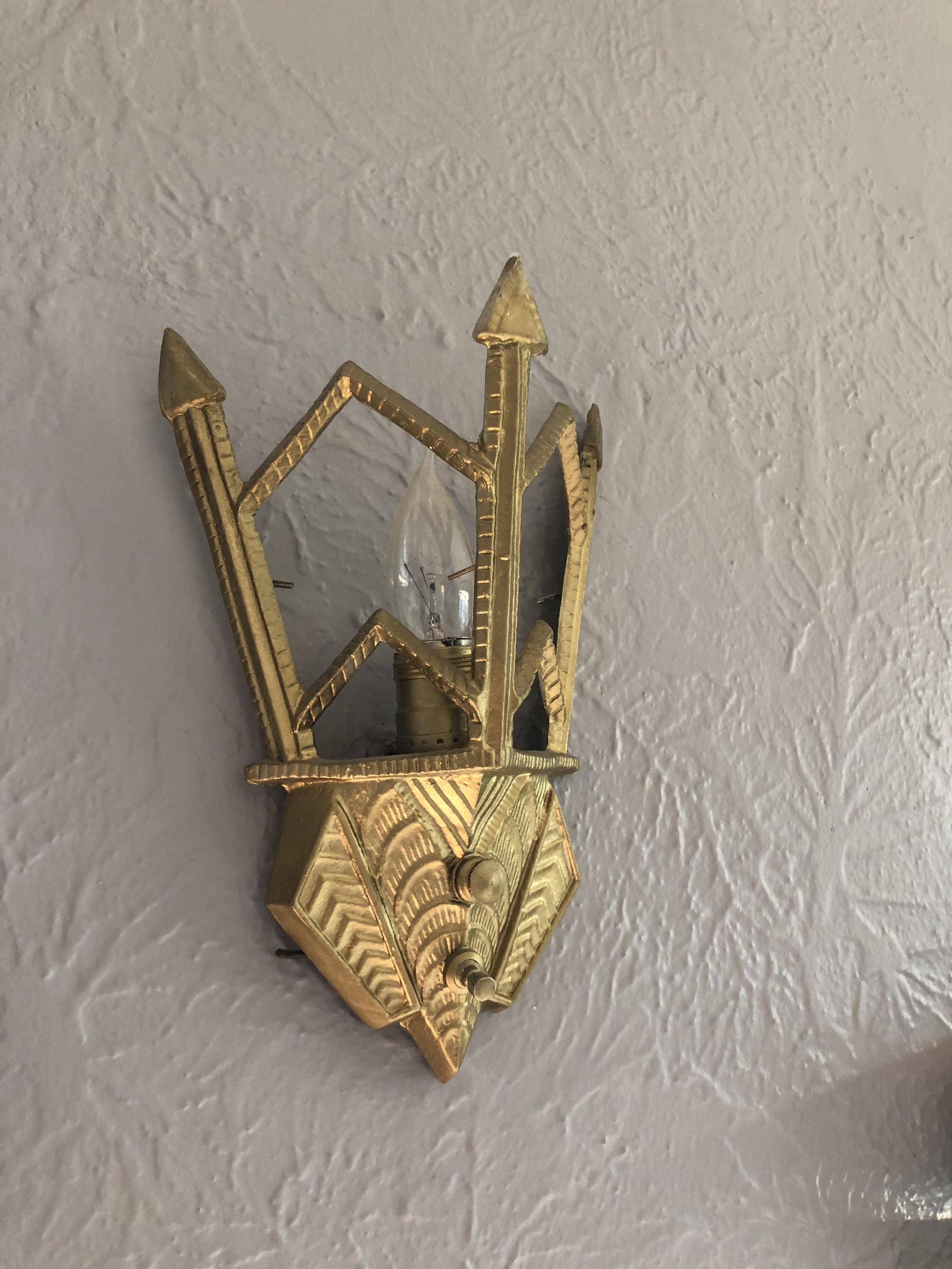 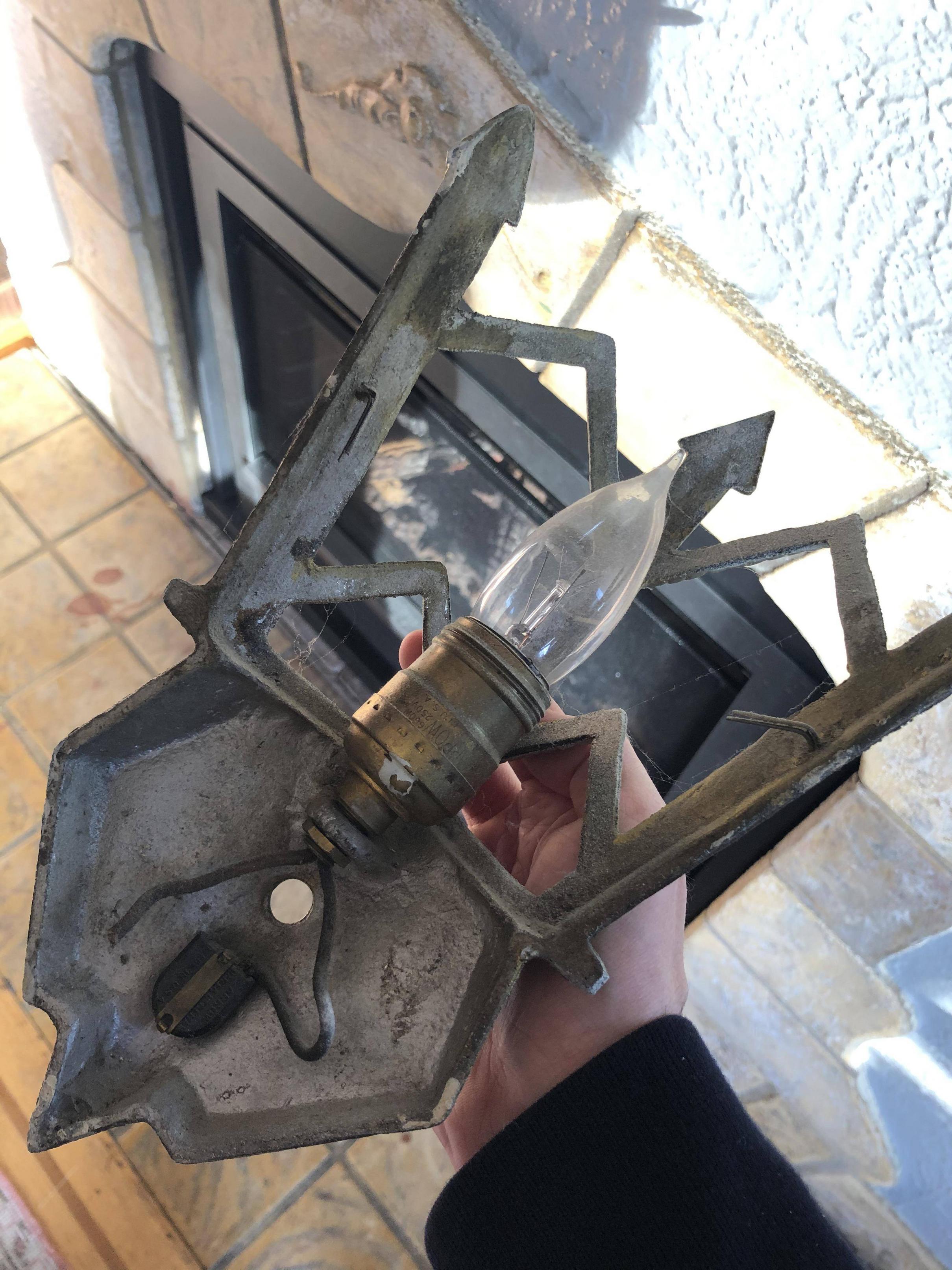 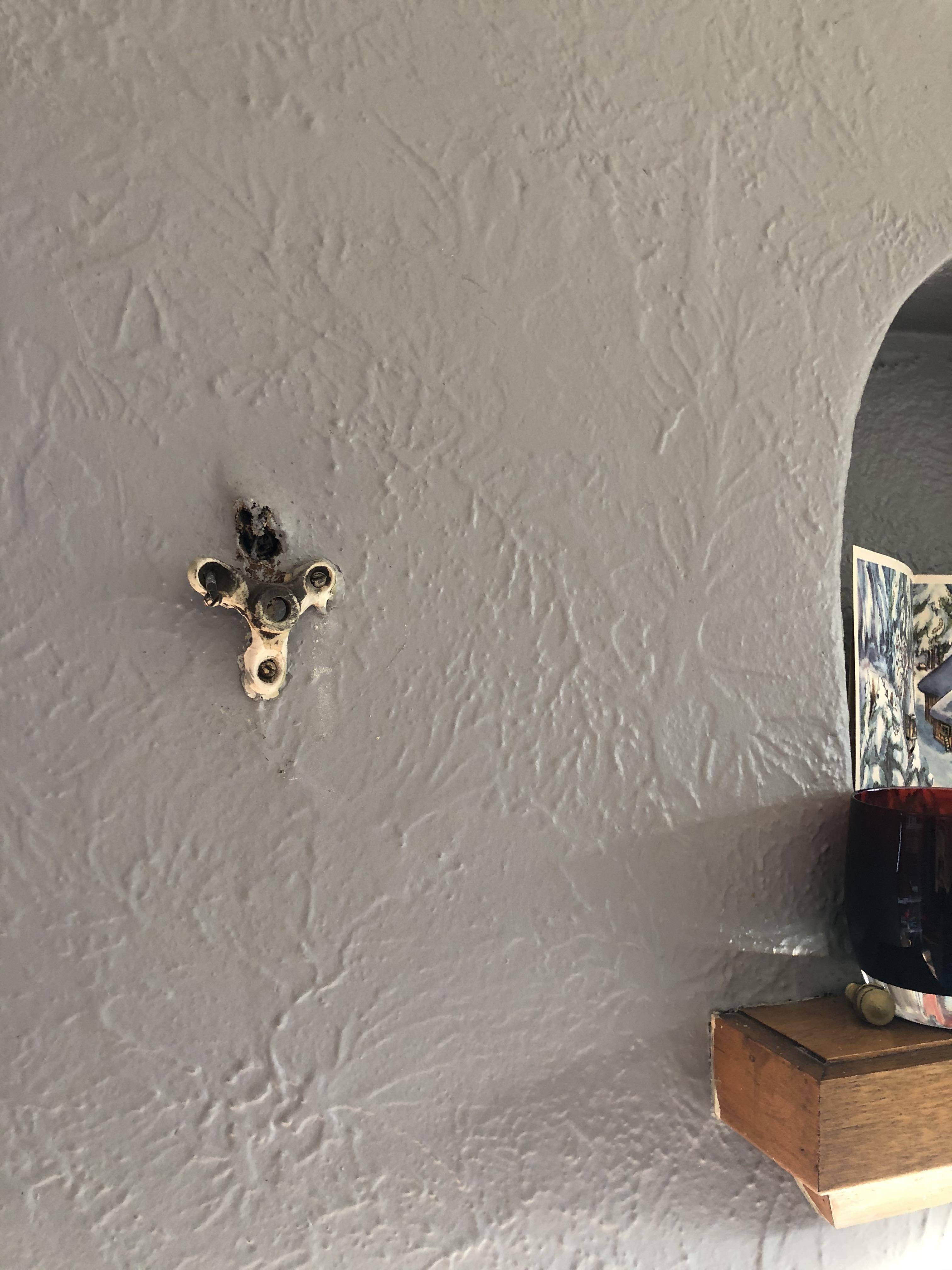 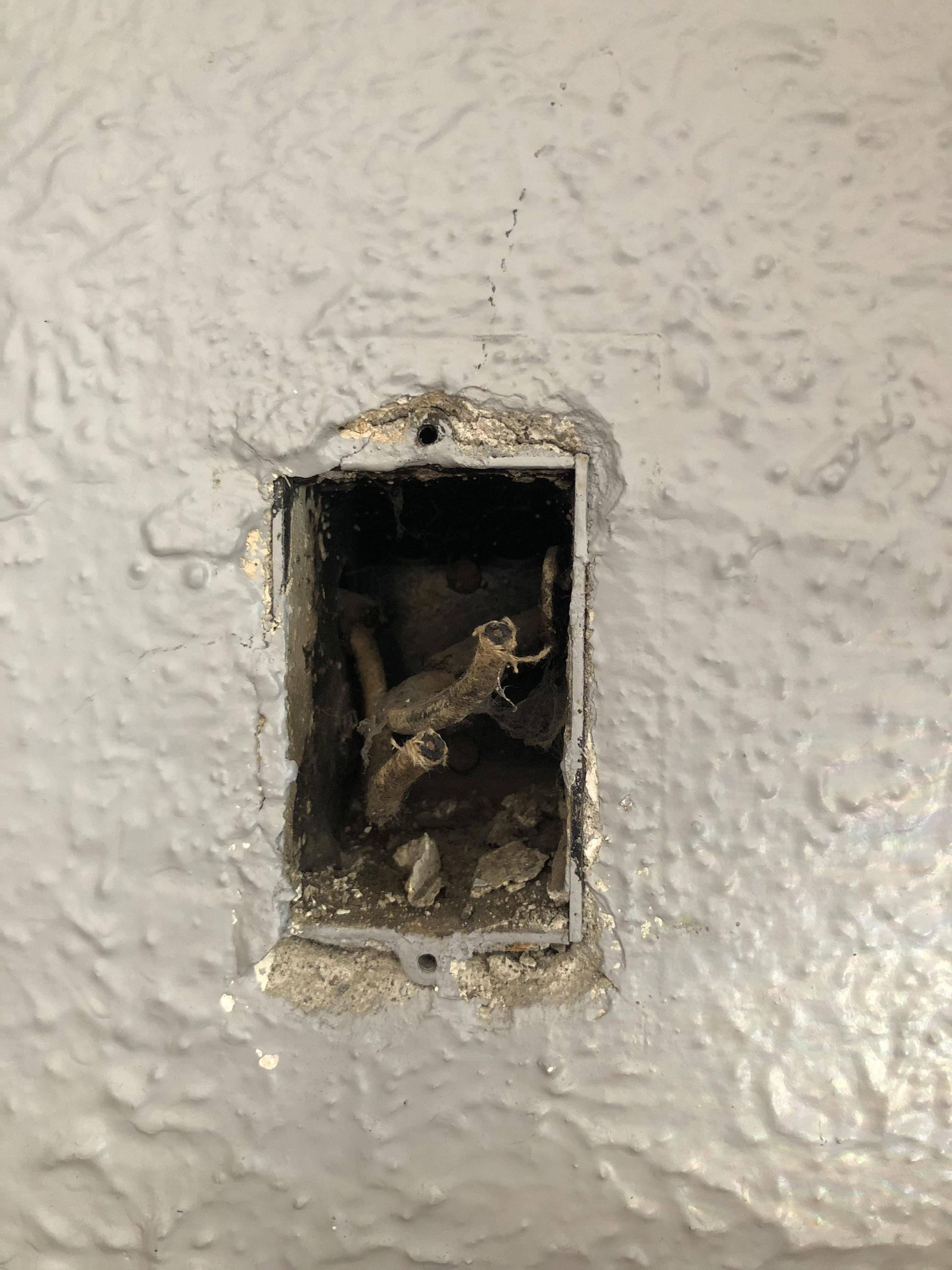 Your pictures don't show any wire coming out of the wall at the sconce and the wires in the central box look like they're cut short with no slack to pull out of the box to work. Knob & tube is normally attached to the knobs inside the wall and run as separate discrete wires so you cannot pull new Romex "through" the old wiring. Expect to run new wire from an accessible connection point all the way to the sconces, including installing new boxes and cover plates to attach the sconces to (yes, that means cutting holes, pulling wire, and plaster work).

I'm not sure what type of wire would be suitable to run through the fireplace surround due to heat from the fire. I would try to locate the first stud on either side of the fireplace, then run new Romex in that stud bay, installing boxes to relocate the sconces outside those studs, then patch the holes where they used to be. Relocating the sconces would apply whether you're running 120v or low voltage.

4
How can I diagnose disturbing voltage potentials?
3
What could be causing strange voltage readings?
5
How should I label and organize my home electrical circuits?
1
Electrical for built-ins and fireplace insert
0
Outlets worked intermittently with voltage fluctuations and are now dead entirely
8
How should ground wires be handled when updating switch loops in an older home?
1
How to relocate 50 amp hot tub wires from PVC conduit into ceiling joists
33
Are soldered electrical connections code-compliant?
1
Is this plan for running a circuit in buried conduit correct?
2
All wires hot in 3-wire cable to 3-way switches?