How can I correct my wiring to eliminate sequential GFCI outlets?

Thanks all, this is extremely helpful and interesting. I've since uninstalled the outlets and have written up a new diagram to see what you guys think.

(2) No longer daisy chaining. I will splice off A/C line. {Note, A/C is the only item on the load side} 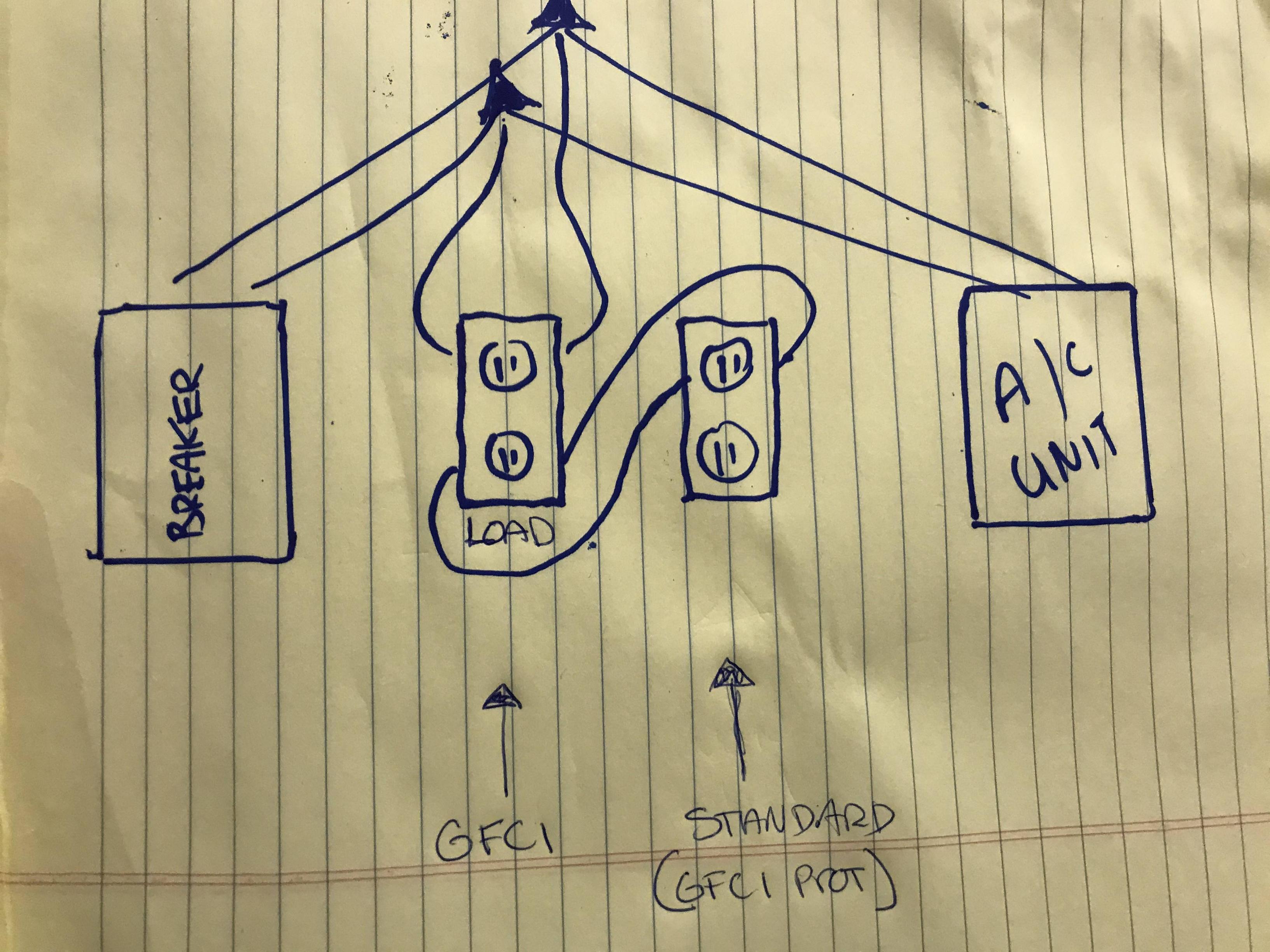 I just intercepted an outdoor circuit going to a mini-split 115v AC unit with 2x 125v GFCI outlets. It's a junction box with 2 other circuits in there. 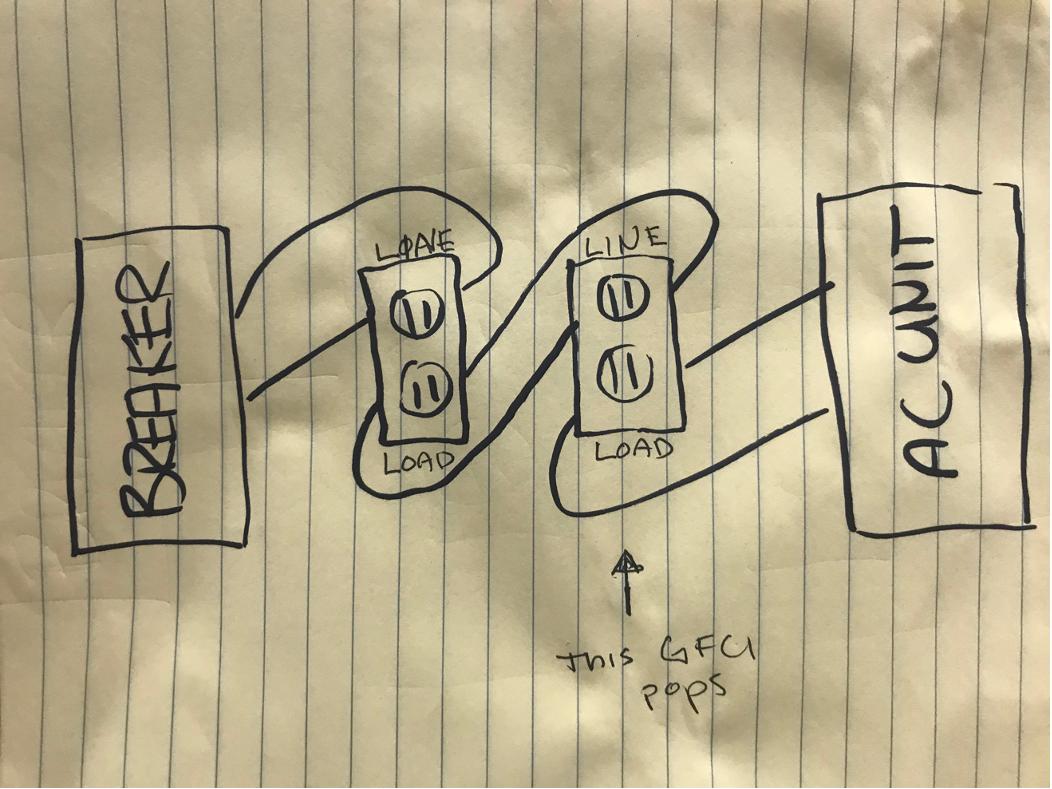 Daisy chaining two GFCIs like that is sloppy or ignorant. Such work tends to suggest more of the same. Lots of people install GFCIs with the supply on LINE (because it won't work if they don't) and onward wires on LOAD. They have no idea what LOAD even does, they just don't see any other screws to put them on. So they are putting the downline circuit under GFCI protection without realizing they are doing that. This causes lots of interesting problems.

It's also possible the A/C unit is not the only load on the protected side of that GFCI. There may be other loads, and they may be causing the problem.

Multiple circuits in a box bring a certain risk

...which can be a real nuisance for GFCI installations.

Normal wiring requires each neutral must be monogamous to its partner hot(s). [there is an installation type where 2 hots legitimately share a neutral]. Crossing neutrals in a circuit creates a significant danger, but there's nothing to warn you of having done that, since all neutrals go back to the neutral bar anyway.

However GFCIs will notice a crossed neutral and "enforce it". They trip immediately when any load is placed on the crossed-neutral circuit, because current flows off a different hot but back through the GFCI's neutral, thus causing a current imbalance. So again, it could be a load on that circuit cycling on, and may have nothing to do with the A/C unit.

Outdoors is harsh on GFCI devices

Which is why I don't like putting GFCI devices outdoors. Since I understand how downline protection works, I just place the GFCI device indoors and extend it to plain outlets outdoors.

Whenever a GFCI device provides protection to another device or outlet downline, Code requires a sticker be affixed that says "GFCI Protected". No one installs them lol, which leads people to think GFCI receps are needed when they aren't.

It is possible that weather action and age have killed the tripping GFCI #2. So, given that you know GFCI recep #2 is totally redundant to GFCI recep #1, I recommend replacing GFCI #2 with a plain receptacle rated for outdoors. And put the sticker on it! You can make your own label; I make white ones on a P-touch label maker.

I agree with the comments indicating there is no reason to daisy chain two GFCIs together like you have. I think the root of the problem might be the A/C, since sometimes the breaker trips too, but I would start by swapping out the second GFCI (closest to the A/C) with a regular non-GFCI outlet. You should mark it "GFCI protected" since it is wired off the load side of the first GFCI and gets the GFCI protection and benefits but doesn't need to be a GFCI itself. I think you might still have problems, and if that is the case I would recommend having the A/C unit checked by a technician.

Not the answer you're looking for? Browse other questions tagged electrical receptacle circuit-breaker gfci or ask your own question.

7
How do I wire a switch to control a GFCI Receptacle?
1
GFCI Outlets Wired Inline 2011 NEC
1
Will GFCI outlet protect downstream outlets with ground connected to neutral?
0
Are there drawbacks to installing GFCI outlets in sequence?
3
Installing GFCI outlets in multiwire branch circuit
0
How to wire gfci-switch-gfci
1
Turn 6-wire outlet into 2 GFCI outlets
0
Is it ok to wire load on the line side of GFCI?
5
Rewire outlet circuit: Location of outlets, wire run alternatives, GFCI best practice, and outlet spacing
3
GFCI outlet + wall switch wiring