How do I move this light box over a few inches in the wall?

I need to move the existing power over to where the hole is in the image. There was a strip light and I’m replacing with a single light. The blue box is anchored to the frame. The cable is too short to feed over. *I’ll be adding a wood finish to the wall, so the light fitting will anchor on that.

Is there an product that allows one to join electric cables - so that I can make the line longer to fit? Should I remove the blue box and get something else to use on the wall? 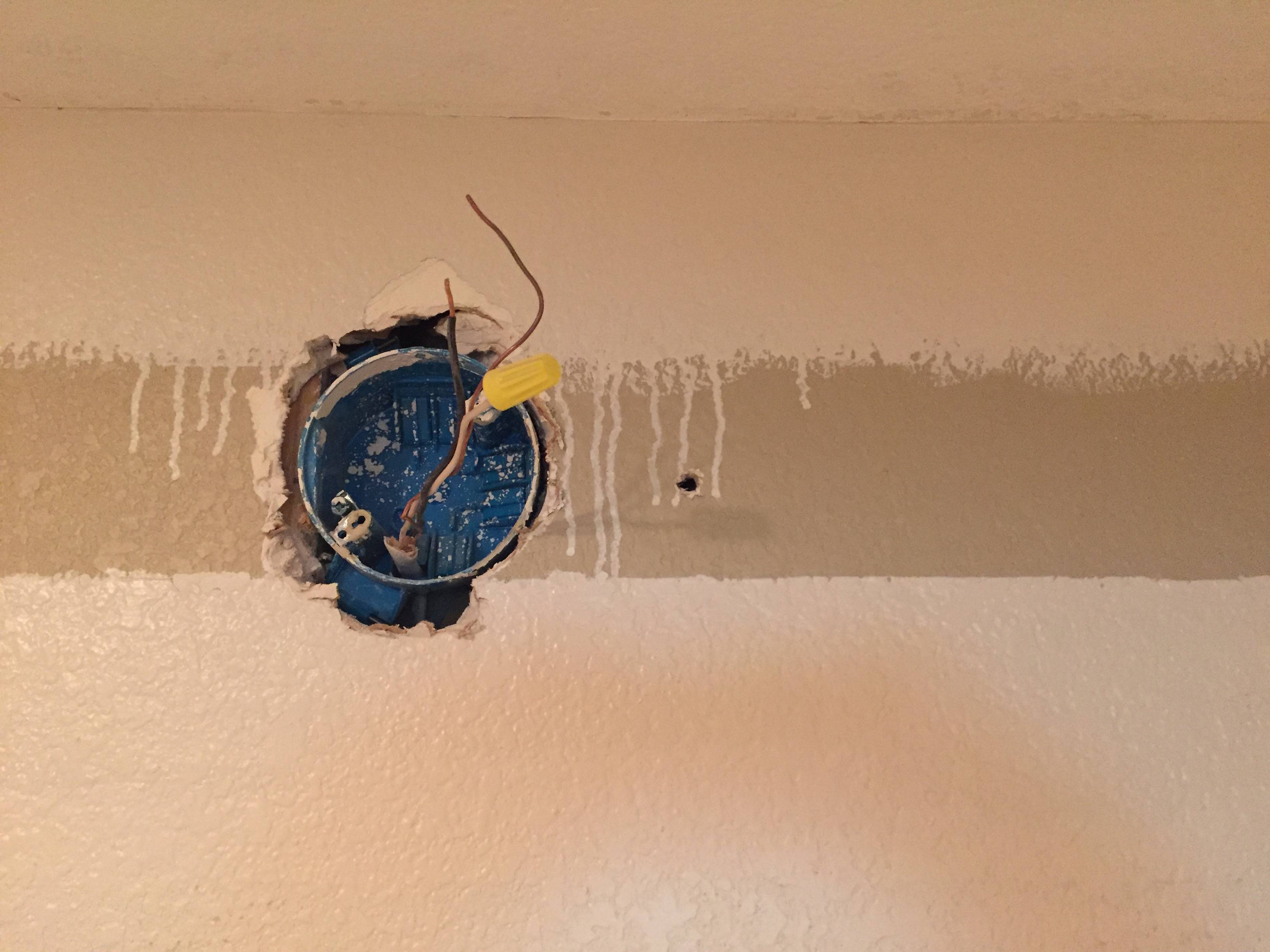 The cable comes in from below, and it appears to be running up the right side of the stud, so I'd bet you can swing it over by releasing some staples below the box.

Since you're overlaying paneling or boards, just cut out a couple horizontal slots in the drywall--one at the box level and one a couple feet lower. These could be 4" high by the width of the stud bay.

Now find and pull the staples. Swing the box over and re-mount it to a new framing block, which could be horizontal between studs.

Whether you replace the drywall cutouts is up to you. It would be easy to float some scrap plywood or 1x2 in there and screw them back into place.

Not the answer you're looking for? Browse other questions tagged electrical light or ask your own question.

1
Can I add another cable to this 3-gang electrical box?
6
Why is this light fixture tripping the GFCI?
1
Is it safe or normal to close/cover junction boxes but use existing line to power new boxes just a few (6-12) inches away from the old ones?
3
How can I mount a light to a square junction box?
0
Help understanding the wiring in this electrical box
0
Can I use sprinkler cable for LED light strip extension?
2
What is the best way to move this electrical box a few inches?
0
Proper, code compliant, way to move an electrical outlet