Bleed radiators with no valve - is this valve near the boiler what I want?

I recently bought a house, and with the winter starting to set in (UK), have started putting the heating on in the mornings/ evenings.

As many people are at the moment, I am currently working from home - and have noticed that the radiator in my office doesn't work particularly well. It seems to get hot at the bottom, and in the pipe feeding it, but the middle to top of it remain cold. I assume that this means that there is air trapped in the system, and that it needs bleeding. 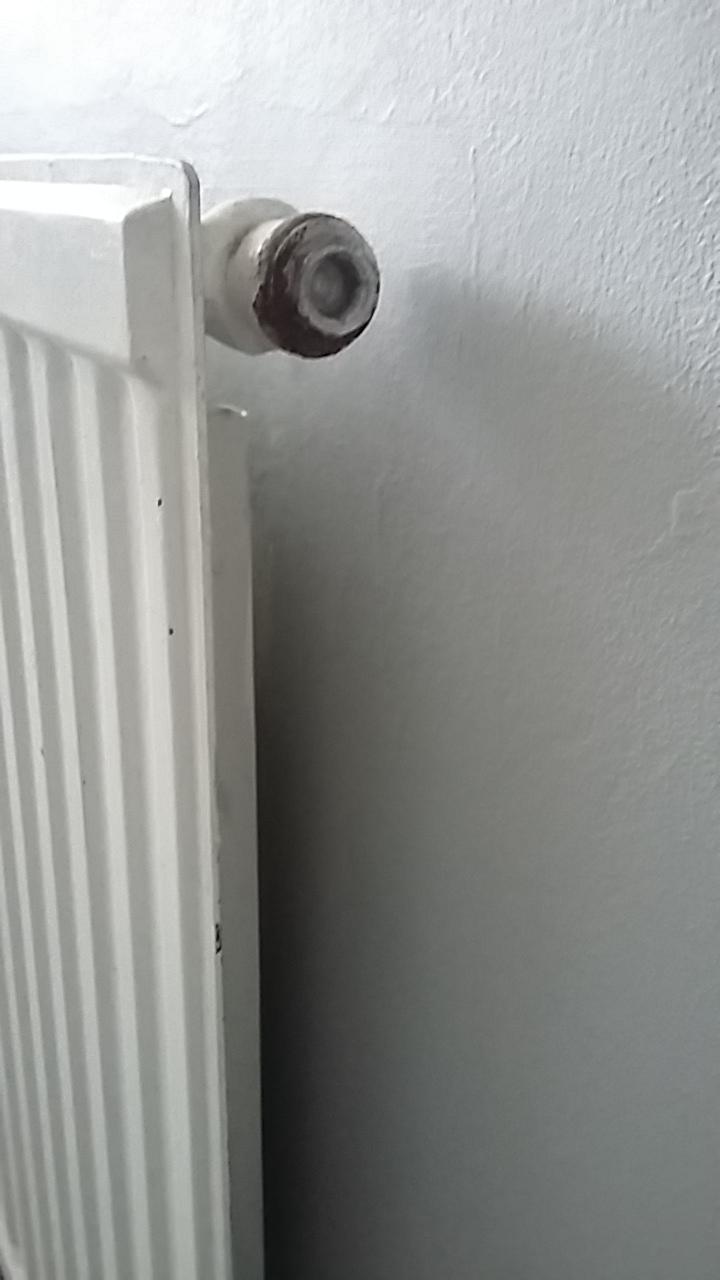 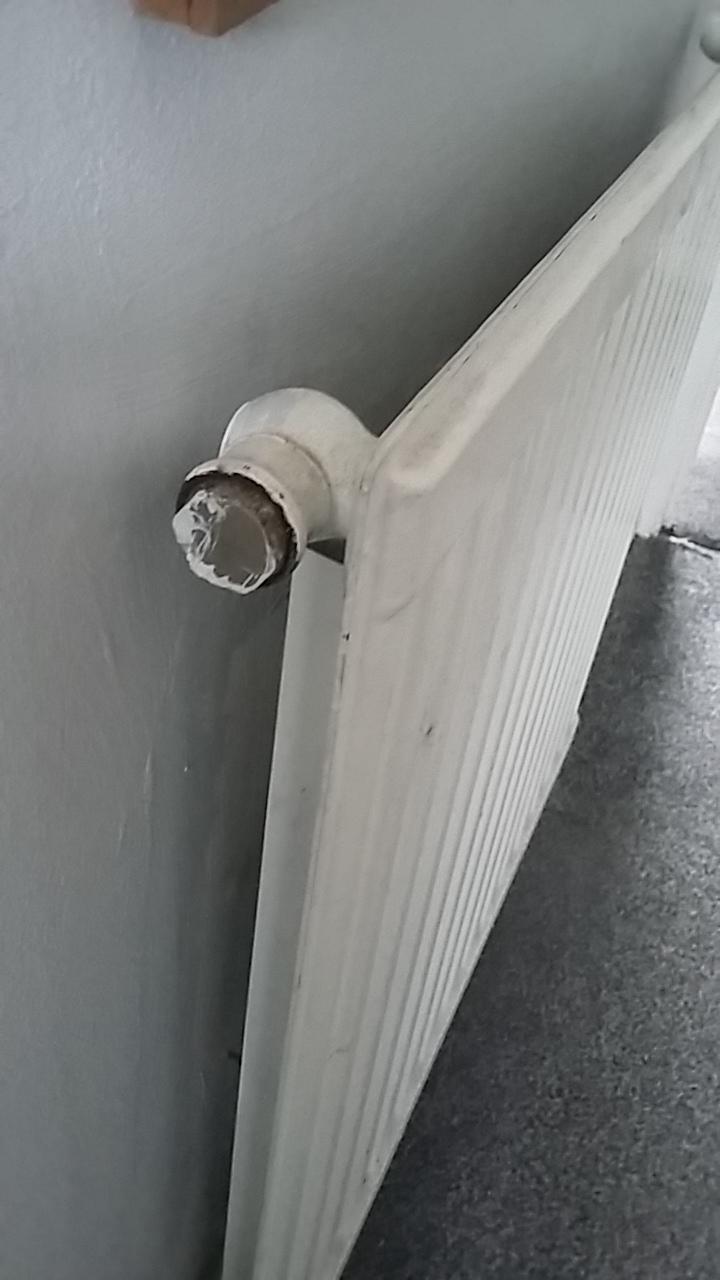 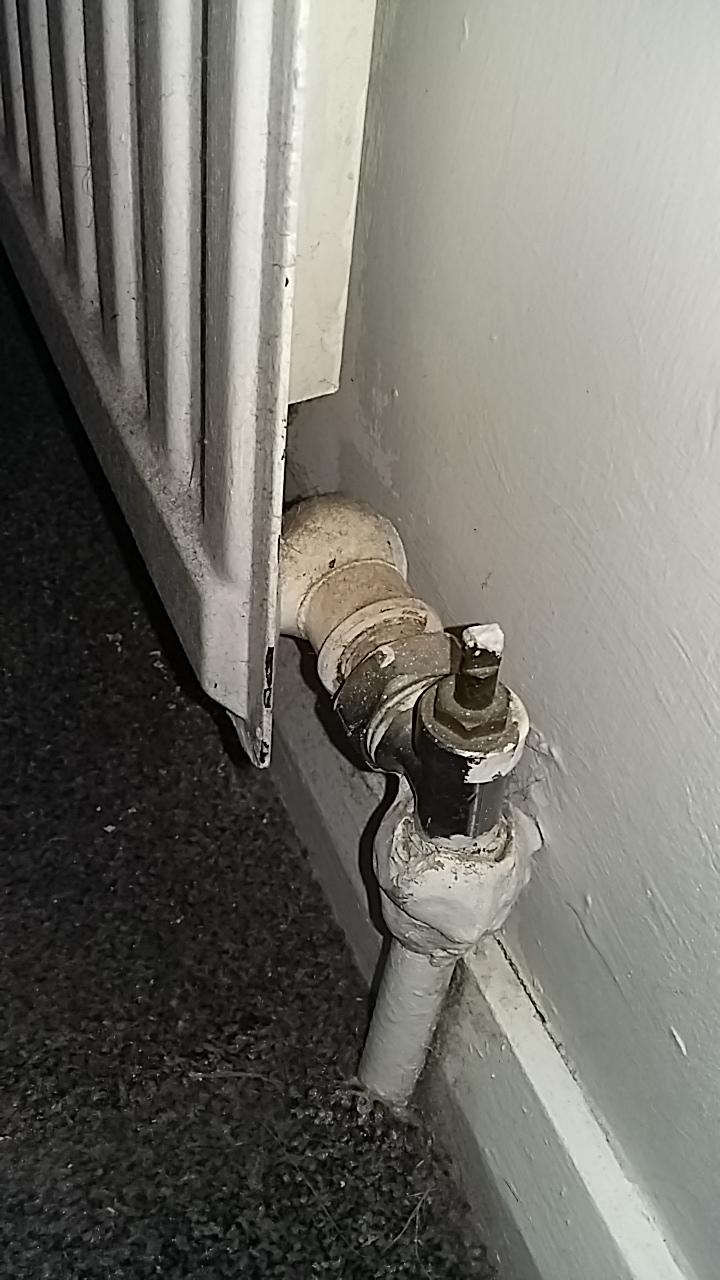 I came across this question about how to bleed radiators which don't have a valve, and an answer on there suggests that "There is often an automatic bleeder/vent on or just after (in which case it's often on a big cast iron "air separator" that may have an expansion tank hung off its bottom) the boiler".

I had a look for this, but all I could see in the airing cupboard which looks like it might be the valve talked about, was this: 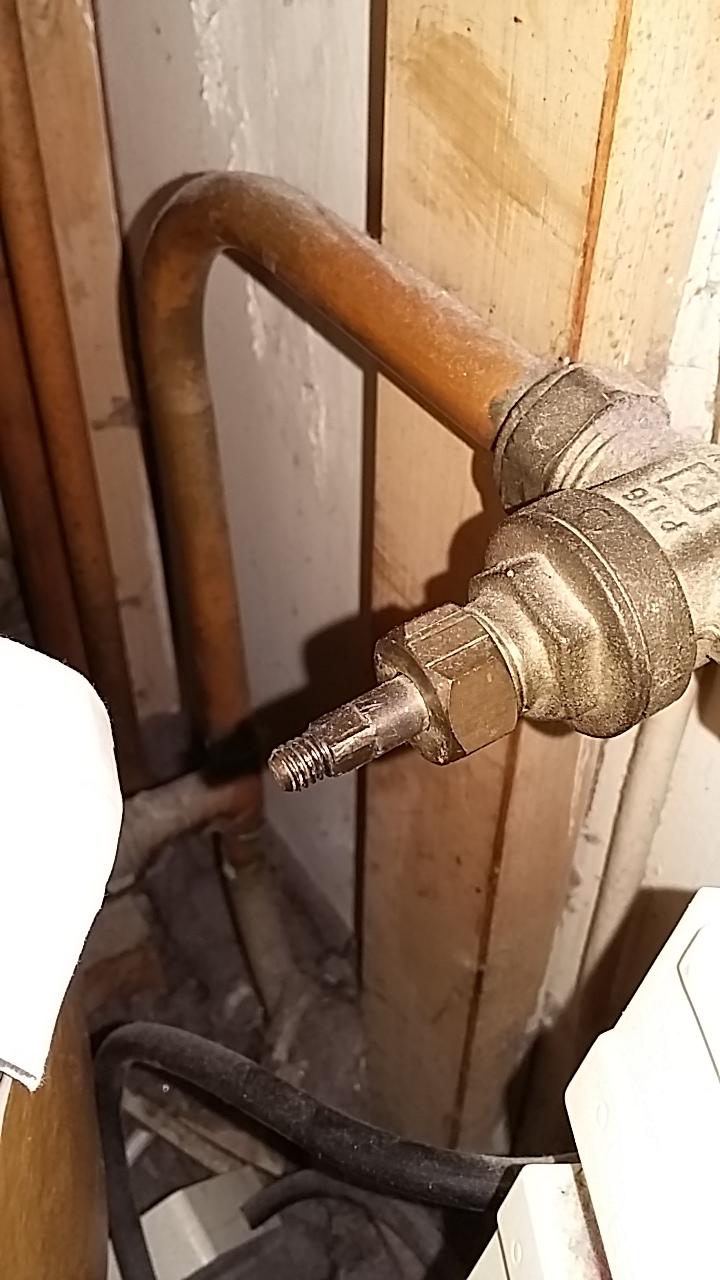 I'm a bit loathe to try loosening it until I'm sure it's what I want to be doing... Can anyone verify whether this is the bleeder referred to in the answer on the other question?

The object you found in the airing cupboard looks like a gate valve, not an automatic air vent or air separator. This valve might be for balancing the heat flow or shutting off a supply. I would leave it alone.

Check the back face of your radiators for a bleed valve. Sometimes they are out of sight or even under a cover facing the wall. It will be close to the top of the panel at one of the ends. If the radiator was mounted upside down then it might even be at the bottom and now useless.

Check the painted end of the cap at the top right side of the radiator, in case the bleed valve is hidden under several layers of paint.

If you really have no bleed valves then your best course of action depends on your plumbing skills. Your safest bet might be to ask for help from a plumber. I wouldn’t take any risks at this time of year. Little plumbing jobs can easily become a major problem if something unexpected happens.

If you do get any air out and you have a sealed system then it will need repressurising when cold back to its design pressure.

Not the answer you're looking for? Browse other questions tagged boiler central-heating radiator water-circulating-heating or ask your own question.

3
How do I bleed baseboard radiators without a bleeder valve?

4
Why isn't water coming out of a radiator in my freshly pressurized system?
9
Why does a single radiator need regular bleeding?
1
What is correct way for radiator plumbing/connection in multi-story flat
3
How do I bleed baseboard radiators without a bleeder valve?
1
Are large radiators supposed to be colder?
0
What could be preventing the heat boiler from circulating water upstairs to the radiator, frozen pipes?
2
What is the difference between EU and US radiators?
0
Bleeding a Cast Iron Radiator with No Bleeder Valve