How to tell if a ceiling junction box is braced to hold the weight of a ceiling fan?

My new home is almost done being built, and one of the extras I asked for was for two of the rooms to have junction boxes in the ceiling suitable for hanging a ceiling fan in the future.

The light fixtures haven't been installed yet so I can see inside the junction boxes but can't really distinguish between the braced boxes and the regular boxes. The attic is extremely limited access so I want to avoid crawling around up there to look for a brace.

Is there a quick or easy way to distinguish between a junction box that is able to carry the weight of a ceiling fan safely versus one that is not? I could just take their word for it but they haven't had a very reliable track record so far when it comes to following through with my requests even when they tell me they will do it.

If the box was installed recently in accordance with National Electrical Code (NEC), the box should be labeled if it's rated to support a ceiling fan.

If it's not labeled, the box is still required to support at least 50 lbs.

If the box was installed before this code was adopted; or in an area that does not follow NEC, you'll likely have to cut/drill some exploratory holes to determine if the box is properly braced.

Ceiling fan boxes are usually one of a few common types. All should have a fan support statement on a sticker or stamped onto or molded into the box.

The most common has an adjustable crossbar built into it, and you can see the mounting screws protruding through the floor of the box: 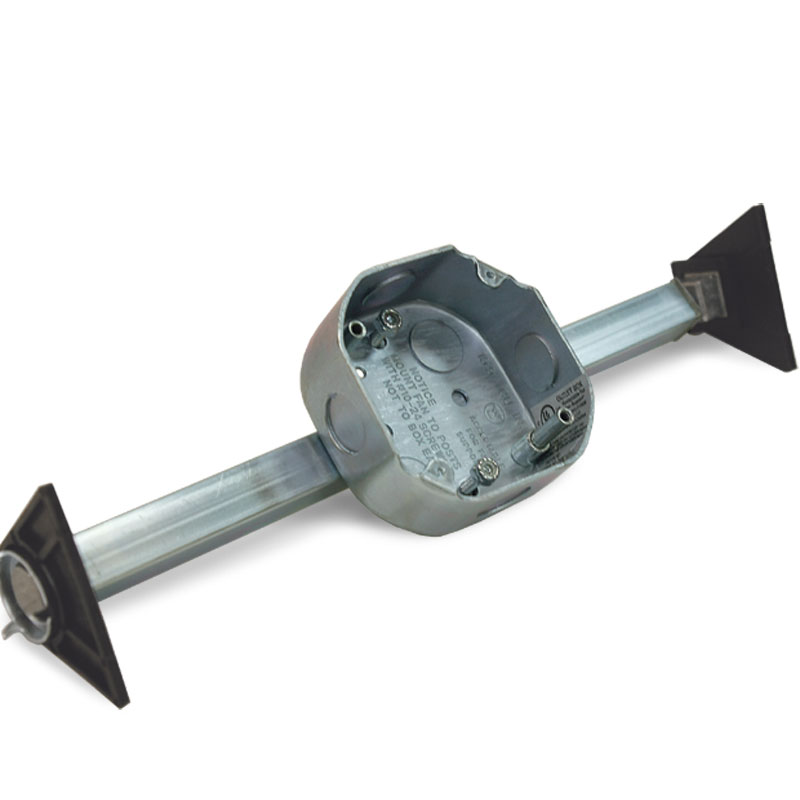 Another type wraps around the ceiling joist. They're apparent by the shape molded into the box itself: 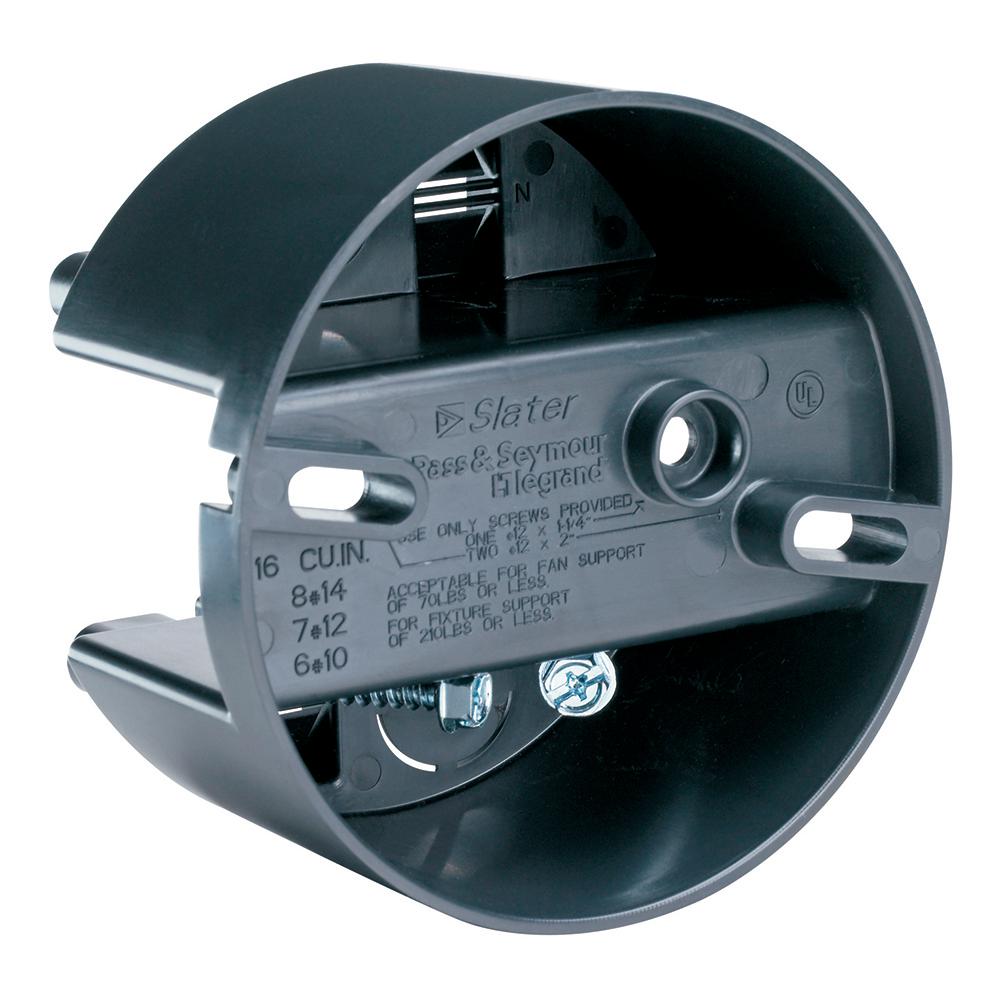 Then there are a few with side-mount flanges. They'd be less obvious as fan-rated, but should contain markings indicating that they are: 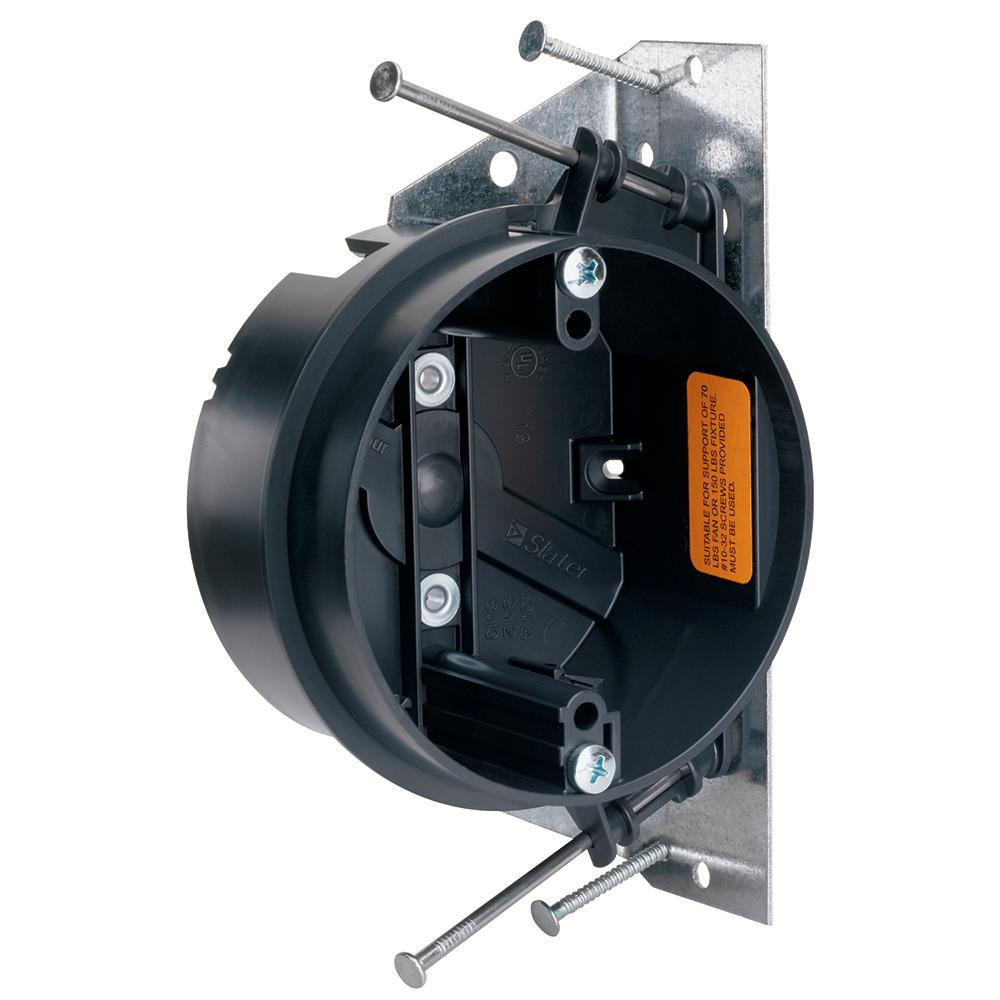 13
What is the proper way to install a junction box above a dropped ceiling?
0
Ceiling Fan Wires
0
Mount Ceiling Fan to Old Junction Box?
5
Supporting a fan in second (fake) ceiling
2
Can we safely hang a ceiling fan from our vaulted livingroom ceiling?
2
Ceiling junction box has 6 wires?
1
Ceiling Fan/Wiring Issue
2
Electrical junction box proximity
4
remedying ceiling fan horror-show
2
How can I rewire to remove/relocate this hidden junction box?