Odd behaviour when adding two smart dimmers in one box

I'm hoping these symptoms will be obvious to someone who knows better:

I'm adding smart dimmers in a fairly new (2013) house in Canada. Two are replacing regular dimmers in a four-gang box which controls four separate light fixtures with no other switches. There's five wires coming into the box - the four lights plus the supply. All the existing switches just use the live but I do have neutrals which are all bound together. It all seems pretty modern and simple and I've installed smart switches in similar boxes with the same config.

Here's the problem - when I replace the two dimmers with the smart dimmers both work but one switches on both fixtures instead of just the one it handles the load for. The other just switches on its own load, as I'd expect. I've checked, double-checked and re-done all connections, swapped the two switches, tried them on their own and always end up with the same results. Probably also relevant is the fact that when both sets of lights come on in response to one switch, they're clearly under-powered (flickering) and turning on the second switch adds more juice and both run as normal, so it seems like somehow the live from switch one is being shared to both sets of lights?

The smart dimmers have four connections which I'm connecting as follows:

I'm guessing there's a mixup somewhere and I'm doing something dumb. Any ideas? Many thanks in advance... :-)

EDIT: Adding some pictures. Thanks in advance. This is with just one smart switch - this setup works fine. If I replace the manual dimmer (spot #3) with another smart dimmer we get the issue. 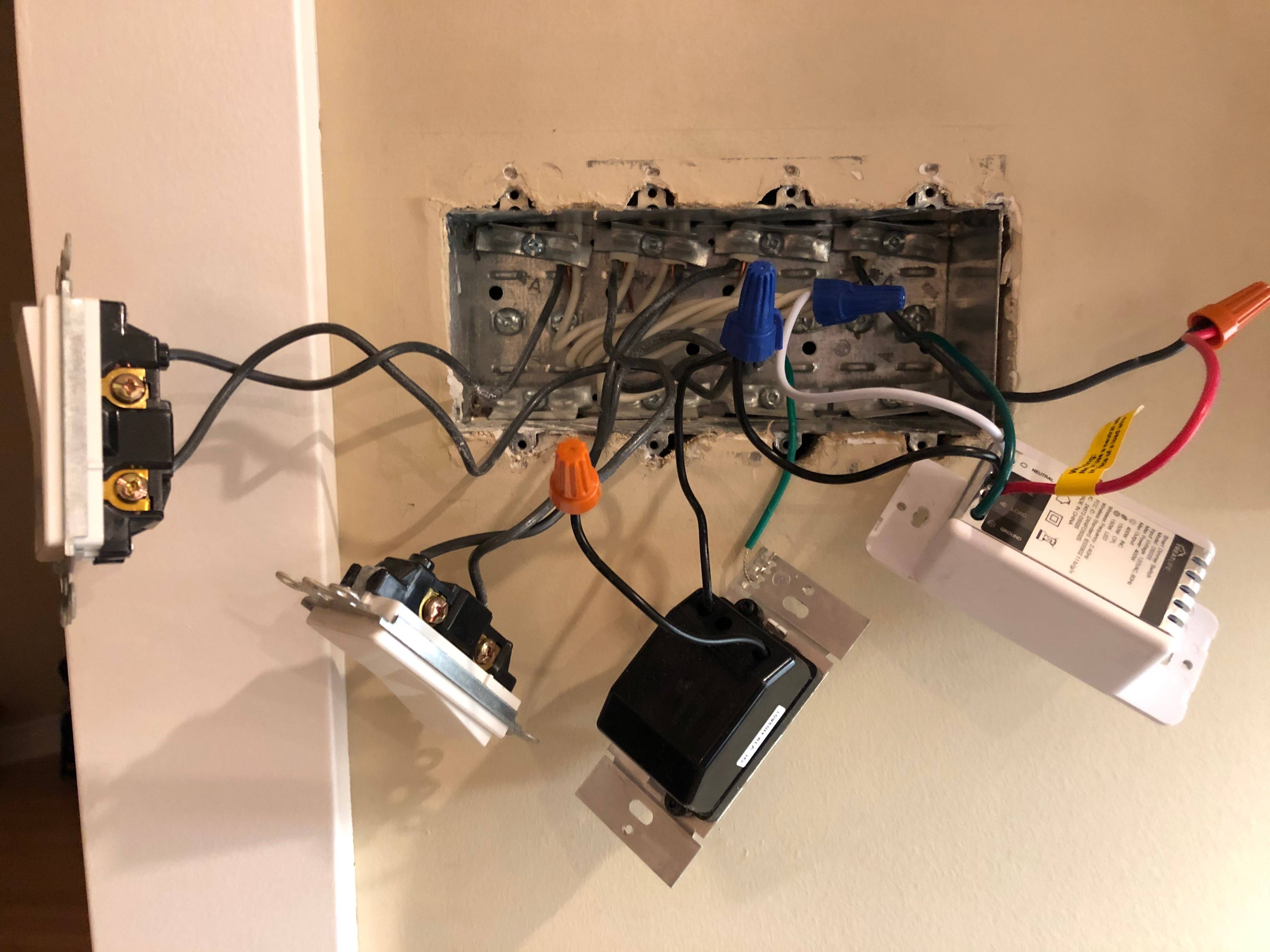 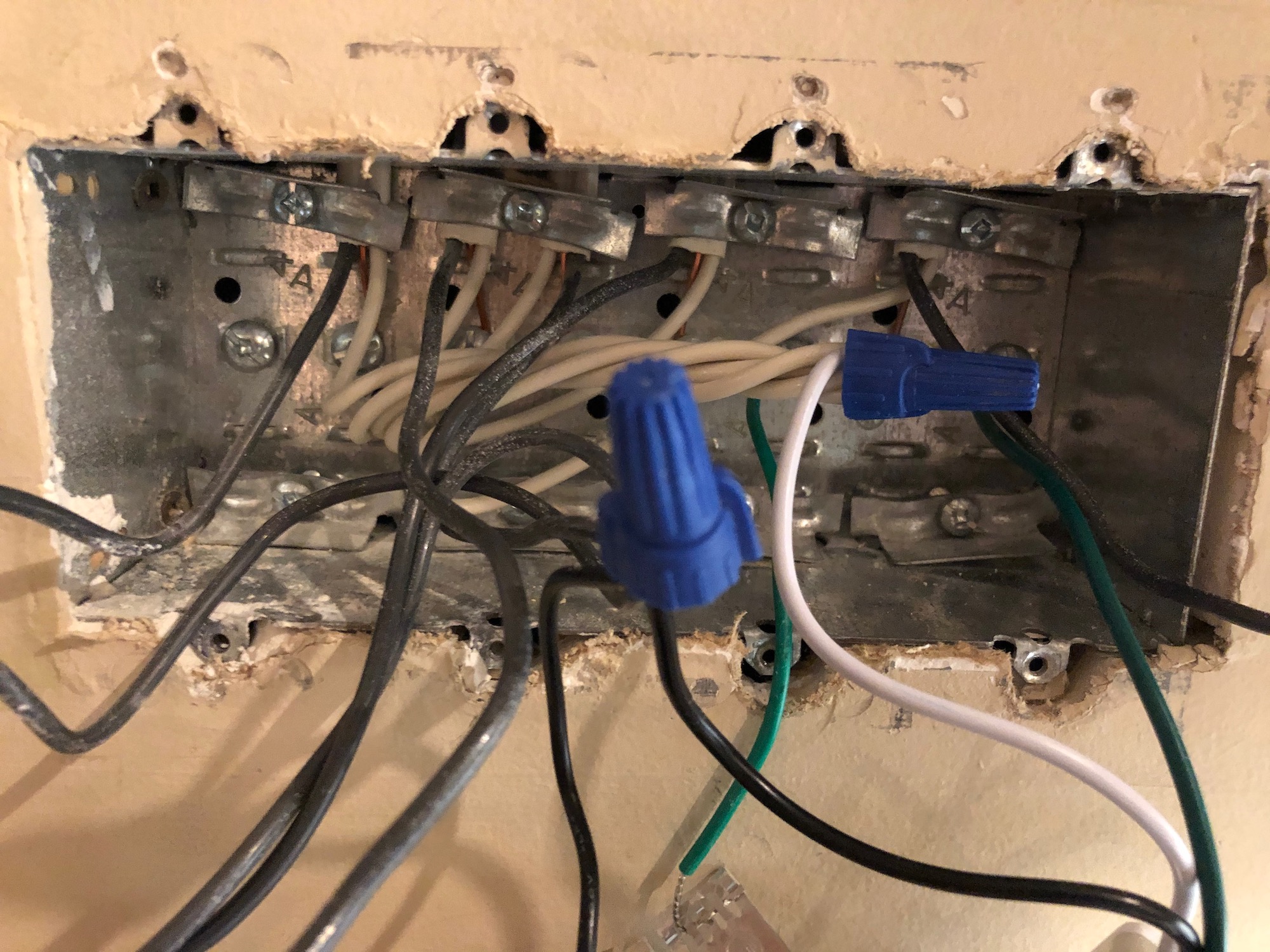 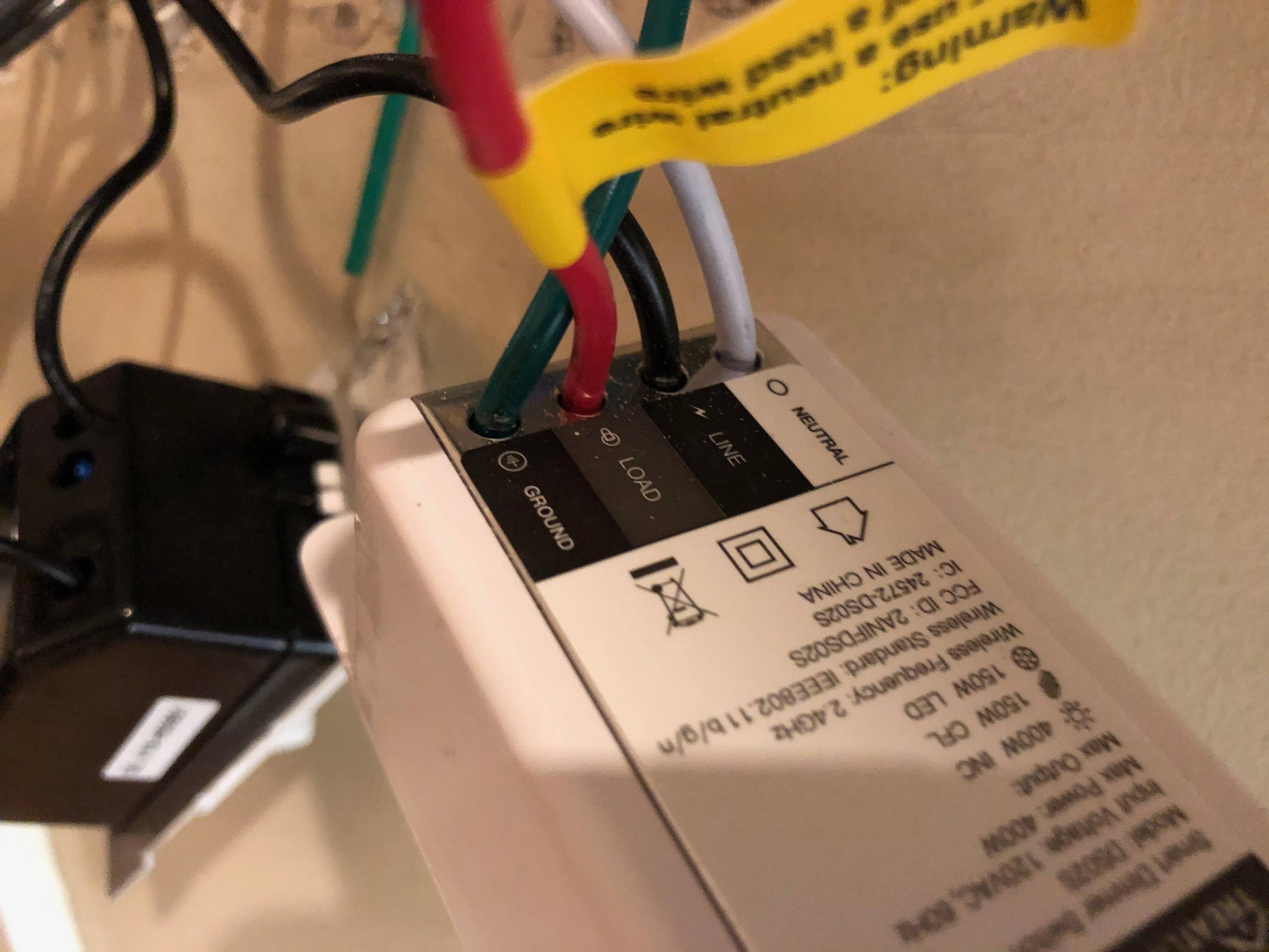 I'd junk those smart-dimmers and get ones that are less...cheesy

The first problem you have to address is that you have Cheesy smart dimmers that never went through the gauntlet of testing required by CSA/UL/... and thus can't be reasonably guaranteed to not do untoward things to you, like try to light your house on fire. Since your wiring configuration looks utterly conventional here, I'd try with a better (i.e. not so Cheesy) set of smart dimmers and see if you're still getting the misbehavior described.

4
How to wire Two dimmers controlling a string of recessed light?
13
In a multi-gang box, are neutral wires paired with specific hot wires?
0
Why does one of two lights stay on when they share a neutral?
3
Two lights on a 3-Way Circuit with Separate Dimmers
0
Two dimmers (for two separate lights) in one junction box where there's only White, Black and Red coming out of the wall
2
Replacing 3-way Dimmer with Smart Dimmer
4
Wiring Leviton Smart 3-way Switch when Load Line Goes to the Fixture
0
Plug In Dimmer on Circuit with Two Wall Dimmers Malfunctions