Just got myself a new table saw (13 amps- Delta 725T2). I'm thinking of rewiring the saw to 240V. Also need a separate line for dust collection 20 amp should suffice. And another one for another tools.

In the future really want to dive into TIG welding and acquire a band saw. planer and jointer.

Please advise on the breakers to put in. The main panel is just behind the garage wall. Was thinking about using EMT as an option for more professional look.

I am pretty sure that I will not use two high amp tools at a time.

Really looking for advice from electricians on the breakers amperage that I need to install on the three lines. 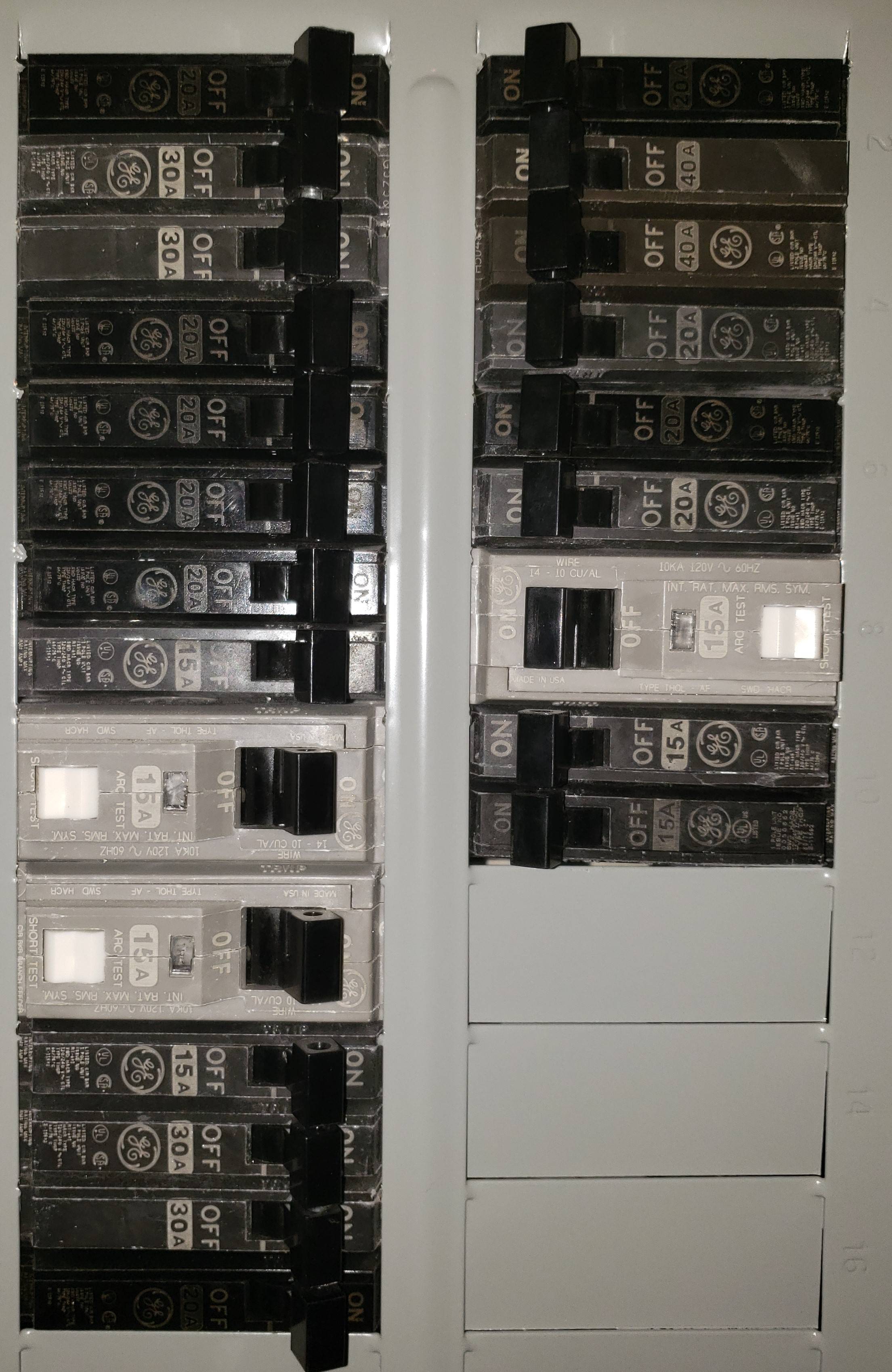 You will be a LOT happier later if you just decide from day 1 to never buy a shop tool that CANNOT be rewired to run off 240. A 13 amp 120v saw uses 7.5 amps at 240 and the motor runs a lot cooler without all that extra current. This goes for your dust collector as well. Also by standardizing on 240 you can buy used commercial tools that are setup for 240 and they will be of better quality and probably cheaper than 120v residential home shop stuff.

With that said you might consider that you will want to use motor start switches (Allen Bradley, Furnas or equivalent) on any motors that do not have thermal limiting on the motor. These are essentially "breakers" so you don't really need to put a 1 for 1 breaker for each tool.

Yes you can go to the trouble of running EMT all over but I would not do that. Instead I would replace any of the "crummy" power cords on your tools with the NEMA rubber covered cable that is standard for use in shops. You can use the #14 guage stuff for your 7amp saw which is not that expensive. Then build a power distribution system consisting of a series of 240v electrical outlets in steel boxes that are on the ends of NEMA cables going into a central box, kind of like an octopus. Put an assortment of lengths of cables on the central box. Then a heavy 10 guage rubber covered cable from that to a single 30 amp outlet going to a 240v breaker. The reason I would advise doing it this way is that you are NOT going to know the optimal layout of where you want to put your shop tools in the space you have until you buy them and use them for a while. It is cheaper to run all this off a power distribution built from cables which can easily be moved around the shop as you decide to reorganize your shop tool layout. Also as an extra trick you can run a 4 wire from the 30A outlet and run the neutral then you can add 120v outlets to the octopus distribution box. Or if you really want to go big cut into the drywall and mount a nice 50A outlet on a 50A breaker. Not only will 240 @ 50A provide you with plenty of power, you can pick up a dryer feed cable for cheap out of the bins at Goodwill and use that for your power distribution box. And it is handy if you ever want to charge an electric car. And another thing you can often find those "tombstone" Lincoln stick welders for very cheap and those are great welders to use while you are saving up for a decent tig not some Chingtau tig that falls apart. And you CAN stick weld aluminum.

Once a few years from now your shop layout settles down you can then replace the octopus with EMT and put in 120 and 240 outlets spaced where the final resting place of each tool will be.

Lastly, consider buying an air compressor early on. Used ones are inexpensive and you can run smaller tools like hand drills and air ratchets off compressed air. And you will definitely want a compressor for running an HPLV gun and spraying paint, lacquer, etc. And nobody ever said "dang this air compressor I bought is just too big" so don't get a small one like one of those dumb pancake ones that is only good for running a nailgun. I have a 20 gallon in my wood shop and a 60 gallon in my garage (in my other house) that I bought for working on cars that is permanently bolted to the floor, wired into 240, and many times over the years I wish I had spent the money for a 2 stage one that could go above 120psi.

Not the answer you're looking for? Browse other questions tagged electrical electrical-panel garage or ask your own question.

13
What size wire should I use to feed a subpanel in my garage?
4
How many circuits should I include in a sub-panel for workshop?
2
Bringing power to a newly constructed detach garage
4
Circuit requirements add up to more than 200 amps?
7
Can I add a subpanel?
0
What amperage panel do I need for a hair salon?
1
60amp panel install in an attached garage, do I have my ducks in a row?
1
100amp Sub Panel for 75ft - Anything else I need?
1
Garage rewiring
0
6/3 Wire to a 100 amp sub panel, how many breakers?