Ask Question
Asked 1 month ago
Active 1 month ago
Viewed 84 times
1
Closed. This question is opinion-based. It is not currently accepting answers.

I'd like to improve the poor lighting in my 10' x 12' home office (currently a single small overhead LED located in the center of the room; my wife and I have desks at either end of the space). The space is mostly used for computer work, although I will occasionally use the desk for small electronics projects, which is when the lack of good lighting becomes particularly noticeable. I'm approaching 50, which probably has some impact on the question.

I'm thinking of installing an LED panel over my desk, but I'm having a hard time figuring out how much light I need. I'm looking at surface mount LED panels, something like this.

The ceilings are just under 8' high (about 5' from desk top to ceiling).

A 1x4 panel is typically rated around 4000 lumens, but I'm having a hard time translating the "lumens" rating for the lights into practical information, so I'm hoping somebody here can help before I waste time installing a light only to find that it's overkill. I realize it's a subjective question, but is that too much? Should go with something like a 1x2 instead?

For computer work you don't want too much light, as that could cause glare on the screen. Say 200-300 lux ; less for gaming or dicking around on social media, more for actual work. 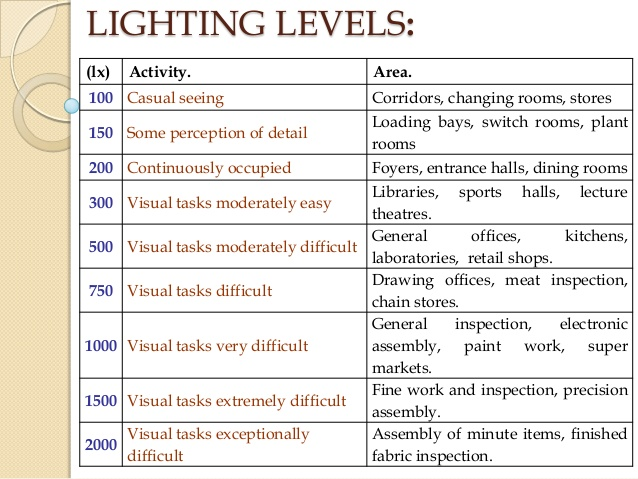 Lux are lumen per square meter, so if you had a fixture that throws all the 1000 lumen of a lightbulb onto one square meter of desk space then you'd get 1000 lux. In practice a significant proportion of the light goes elsewhere, light beams aren't perfect, and the inverse square law says when the light is twice as far, its intensity is spread over 4x the surface, which means 4x less lux.

Inverse square law means you can easily get much higher levels of illumination on a small area with a desk lamp and a spot bulb (because it's close to the desk) than with a powerful ceiling panel. However, a desk lamp will make hard shadows which are annoying when doing electronic work.

Now, since you have several different needs, which require different levels of illumination, it means of you use only one light it has to be dimmable.

If it is dimmable, due to Kruithof curve (see link at beginning of post) it has to be variable CCT or else it will suck.

Also you need high CRI even if you don't know it yet ;)

This is what I did at home since I couldn't find any LED panels that suited my requirements. They're all either CRI 80 which is garbage, or horrendously expensive.

Aluminium profile like this one which can take 2 LED strips, with clear diffuser that you can frost lightly with steel wool. This is a wide profile, which allows two LED strips mounted on the inside. 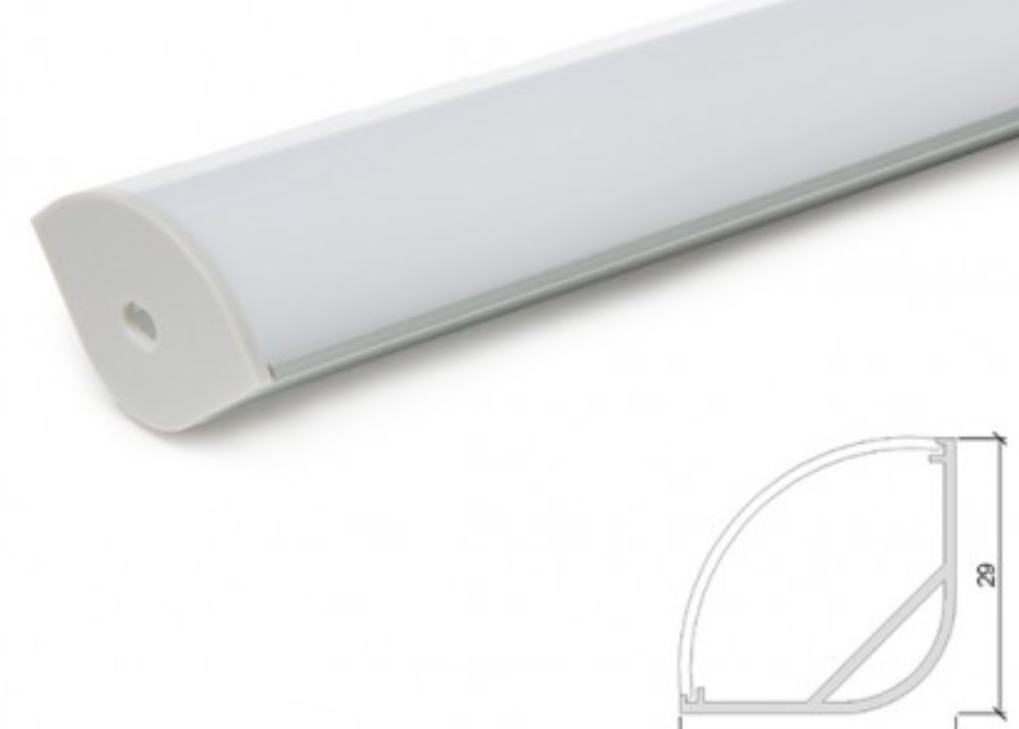 Dimmer and FUT092 remote (note: this one doesn't flicker, PWM is at 5kHz)

A 2m long profile fits nicely above a desk, and these look quite slick. You can suspend this from your ceiling at a height of your choosing. Inside this profile you put 2x 2m LED strips at 28.8W/m each, or 115W. It's important to put the different color strips close together inside the same profile so the variable color temperature light behaves as a single light source; if you use two profiles with different CCTs you'll get colored shadows. If you make two lights, a 24V 10A power supply like Meanwell XLG/ELG-240-24 will work fine.

Then you can use the remote to set intensity and color temperature.

Now you might say, "what? you're using the RGB outputs to control color temperature?"

All LED dimmers which control color temperature have the same problem: constant output power. If you set the color temperature to "warm" or "cold" you get 100% power on the "warm" LEDs or the "cold" LEDs. But if you set in the middle of the range, you only get 50% power on "warm" and 50% power on "cold". The sum is always 100%. So you can't turn on both LEDs at full power at the same time, which is annoying. If you use the RGB dimmer instead, you can set both LED channels to full power at the same time. This is purely a software issue, and it is much simpler to do it that way than to reprogram the proprietary dimmer firmware...

Additionally, the dual color temperature LED strips all have the same problem: to respect the Kruithof curve and get a light that feels good at all color temperatures, you need about 3x more "cold white" LEDs than "warm white" LEDs. But these strips have the same number of both. Underpowered "cold" (4000K-5000K) light feels icky, so that's why I'm recommending one color changing strip, and one single color 4000K-5000K strip to boost it.

With this setup, using the RGB wheel:

"Red" gives a 14W, very warm 2400K light which is really cozy. At this CCT it doesn't need much power. 2 meters of the strip I mentioned will be just right.

"Green" gives almost 60W of 4000K LEDs which is great for office and electronics work.

And if you slide your finger a bit more towards "Blue" then the 5000K LEDs in the dual color strip will also turn on, which gives a bit more power.

I really like the result, and the color rendition on these Auxma strips is beautiful. Unlike cheap LEDs there is no ugly greenish tint.

If it helps your assessment any, that's in the ballpark of the same light output as a typical 4 foot "shop light" twin-tube florescent fixture, though they vary.

While there are "lighting designer recommendations" and guidelines and such, ultimately it's a matter of personal preference (and that may change with age as eyes typically become less compliant with age so more light is better for seeing things.) "Task lighting" tends to run at the high end of light requirements.

You could get a dimmable fixture, and get a dimmer for it if you find it to be "too much."

A typical approach to "small electronics projects" is one or two flexible-arm desk lamps with directional flood lamps that can be brought to bear on the object of interest - sometimes combined with a large magnifying lens, though some folks prefer a head-mounted magnifier or an actual microscope, depending on the scale of the electronics. With an overhead light your head often gets in the way of the light. Mounting fixed lights on the wall is another approach.

Color temperature can also vastly affect the perception of light level, though again, it's personal preference as much as anything. With "switchable" fixtures available, I find that 3000K is comfortable (but clearly amber/yellowish) for most things, 4000K is good bright-white working light, and 5000K is irritating, harsh, and unnatural and I will never again buy a non-switchable fixture in that color temperature.

1
How to select the most appropriate indoor LED bulb color

3
What kind of light can I install in a small, low-ceiling coat closet?
1
How can I get High-CRI lighting for a small room?
6
Can I use flexible LED strips to get better lighting in my kitchen?
5
Multiple weak light bulbs vs one strong light bulb
1
How many lighting circuits are needed in the LED era…? (US - NEC)
1
LED Light Strips on bunk beds
3
Hardwire or plug in for LED strip lighting?
6
Should I add outlets inside my cabinets for LED lighting?