This 3-gang box in the kitchen houses a GFCI protected outlet, a dishwasher switch, and a garbage disposal switch. I will be wiring the dishwasher and the garbage disposal from under the sink with a box with two switches. The plan is to remove the wall switches and connect the hots at the existing box.

I’d rather not rip out the wall to remove 3-gang and replace it with a single box that would house the outlet and also act like a junction box for the dishwasher and disposal extension. I am looking at the least “intrusive” ideas that will allow me to do that.

One thought was to cover the two spaces with a drywall and install a single plate.

Another was to somehow pry the 3-gang and drop it inside the wall, then try to install an old-work box.

Any other ideas? What would you do?

This part of the wall is already painted but I guess I’d have to do what I have to do. Should I just bite the bullet and cut maybe a 1’x1’ square, put a proper single box and drywall it, or is there a better way? 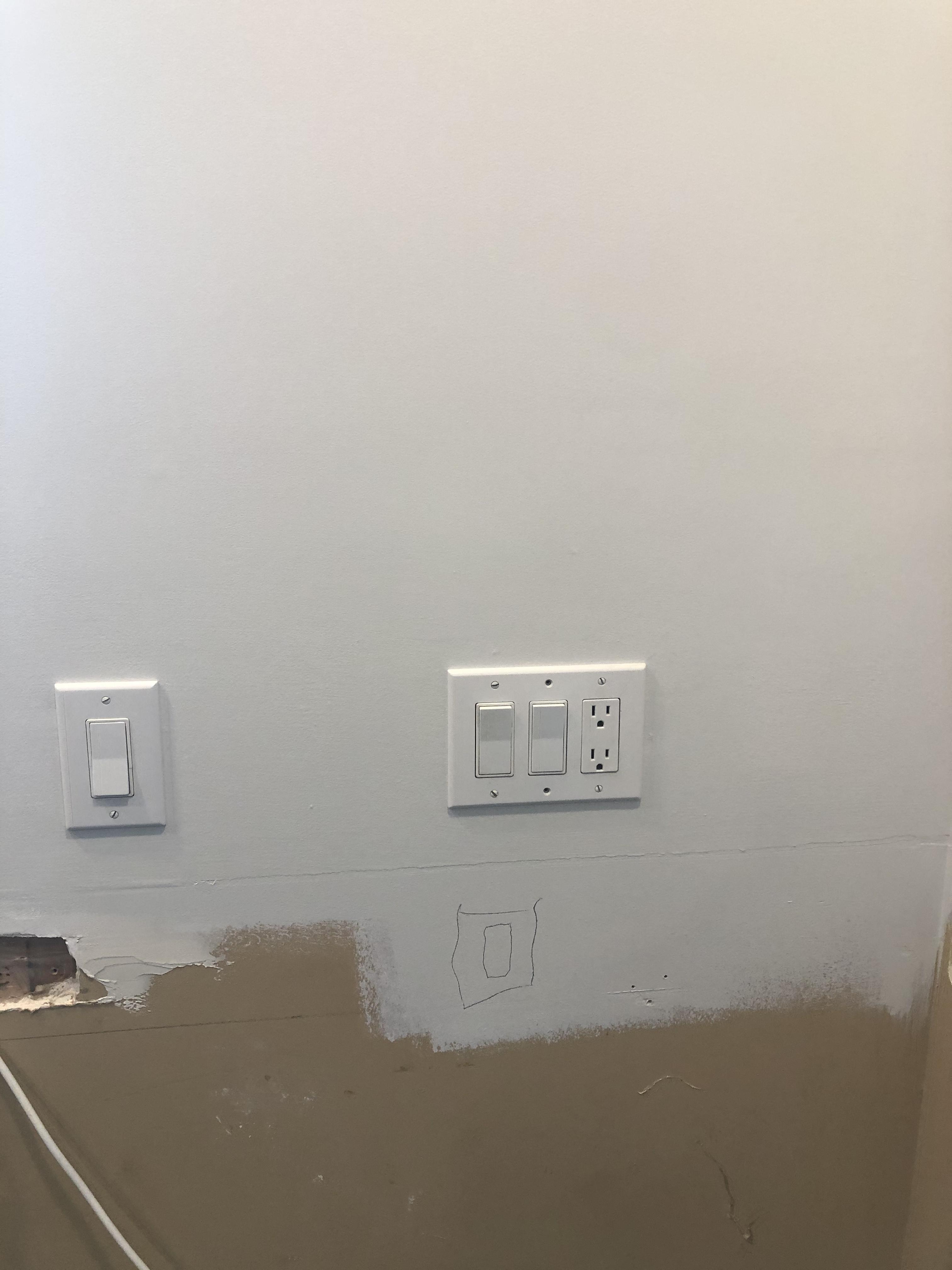 So I called my sweetie over, who is the resident chef, but knows nothing about electrical, and explained you had extra gang spaces and wanted to eliminate them. Other than that, I did not "lead the question". The instant response: "This, please!" 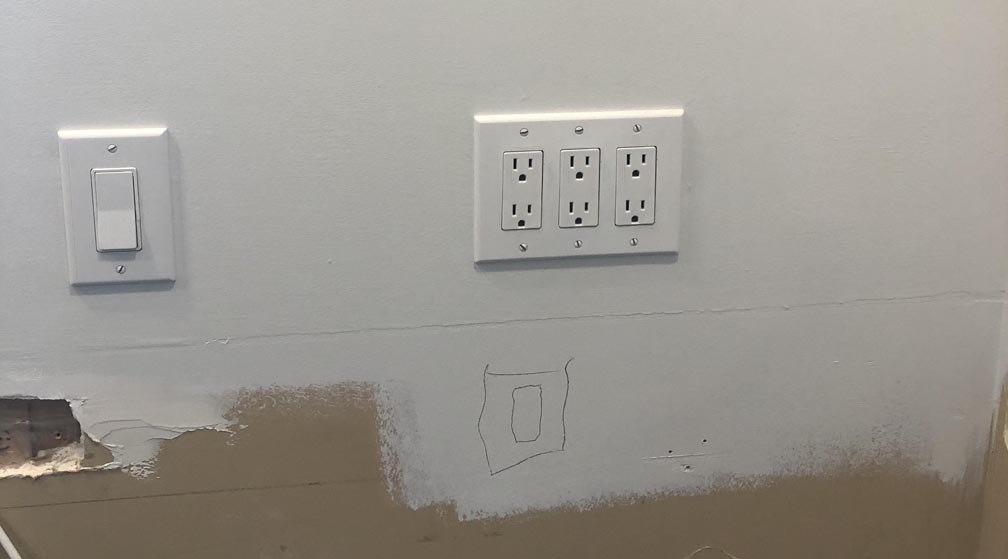 See, now that's the difference between an electrician and a chef.

I've learned to be careful and avoid the "target fixation" which motivates many to do wiring that exactly complies with Code minimums... or is designed to min-max for minimum cost. We don't work for electricity. Electricity works for us. Usability is the reason we wire, not Code... and as for cost, most electrical stuff is laughably cheap compared to its value.

The easiest solution is to pull the switches, connect the wiring, using the space in the box as your junction box, and put on a 3-gang, 2-blank cover plate. The added bonus is that if any future person (including future you) needs a location for a switch or extra outlet, they've got it with almost zero work.

If that's not an acceptable option (and I understand that it may not be), the hardest part of downsizing the hole is taping the drywall and getting the joints smooth. So from there, it probably doesn't matter a whole lot what approach you use.

The most important item is to ensure that you do not exceed the box fill requirements when connecting all your wiring in the new single-gang box. There are questions here about calculating fill, and you could ask a whole new one if you're not sure. If you've got too much fill, you'd need a 2-gang box, and if that's the case, it makes leaving the 3-gang look even better.

To actually replace it, I see a couple of options, depending on what the box is made of.

Again, the hardest part of all of these is the last step: Tape, mud, sand, paint. Once you decide on an action that involves opening the wall from stud-to-stud, you don't have significantly more work to do in this finish step, so it probably doesn't matter which one you choose.

The key item is to ensure that you do not over fill your new box with wiring - something that's more likely if you've got #12 wire instead of #14.

You can also fit a Reducing (or Step-down) mud ring (3-gang to 1-gang) if you want the "only one space cover plate" - but otherwise you'd leave the box alone. Patch over the ring and away you go.

While somewhat costly in the abstract, the time and effort you save not ripping out the old box, installing a new box, re-terminating all the cables, etc. is significant - as is the ability to "undo" with little work if you change your mind.

Mind you, I think you'd be better off with an additional receptacle or two and a 3-gang cover plate with as many blanks as you don't add receptacles, but I'm not you.

In your second sentence, it sounds like you wanted to say, "outlets", not "switches". If so, then that is the correct approach. These new appliances are 15 amp rated, they should have separate breakers, and can accept with 14-2 wiring. However, municipal codes often require thicker 12-2 electrical wiring in all kitchens (referring back to older days when kitchen appliances all took 20 amp breakers), so you should check with them to find out what is acceptable. Of course, never use GFCI outlets behind the counter (only use traditional outlets). GFCI's are for above the baseboard (above the countertop), and on exposed walls. When wiring GFCI outlets, only use the top of the outlet (never break the tape and use the bottom of the outlet, or you will trip the breaker). If you do this, your wiring is a breeze, and everything will work right.