Are the electrician's holes in my framing a structural concern?

The electrician for my basement finish went a little overboard on the framing in this particular spot. Both to gain access to the wall where the new subpanel was put in and to route the wiring. I'm wondering if this is going to be okay or do I need to seek out somebody to repair it? If it does need repair, what is the correct way to go about fixing this? 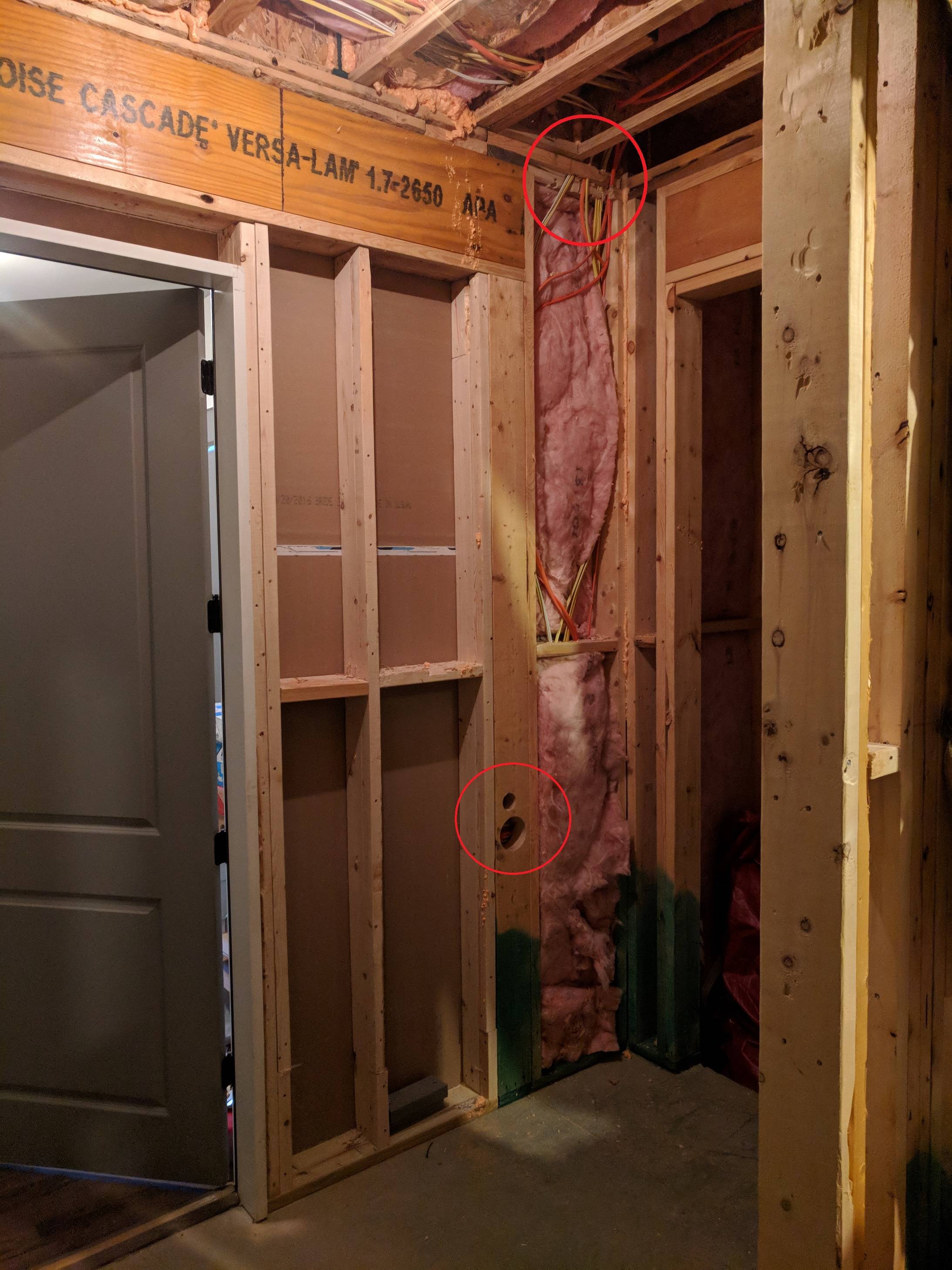 At least he put in a drill plate... 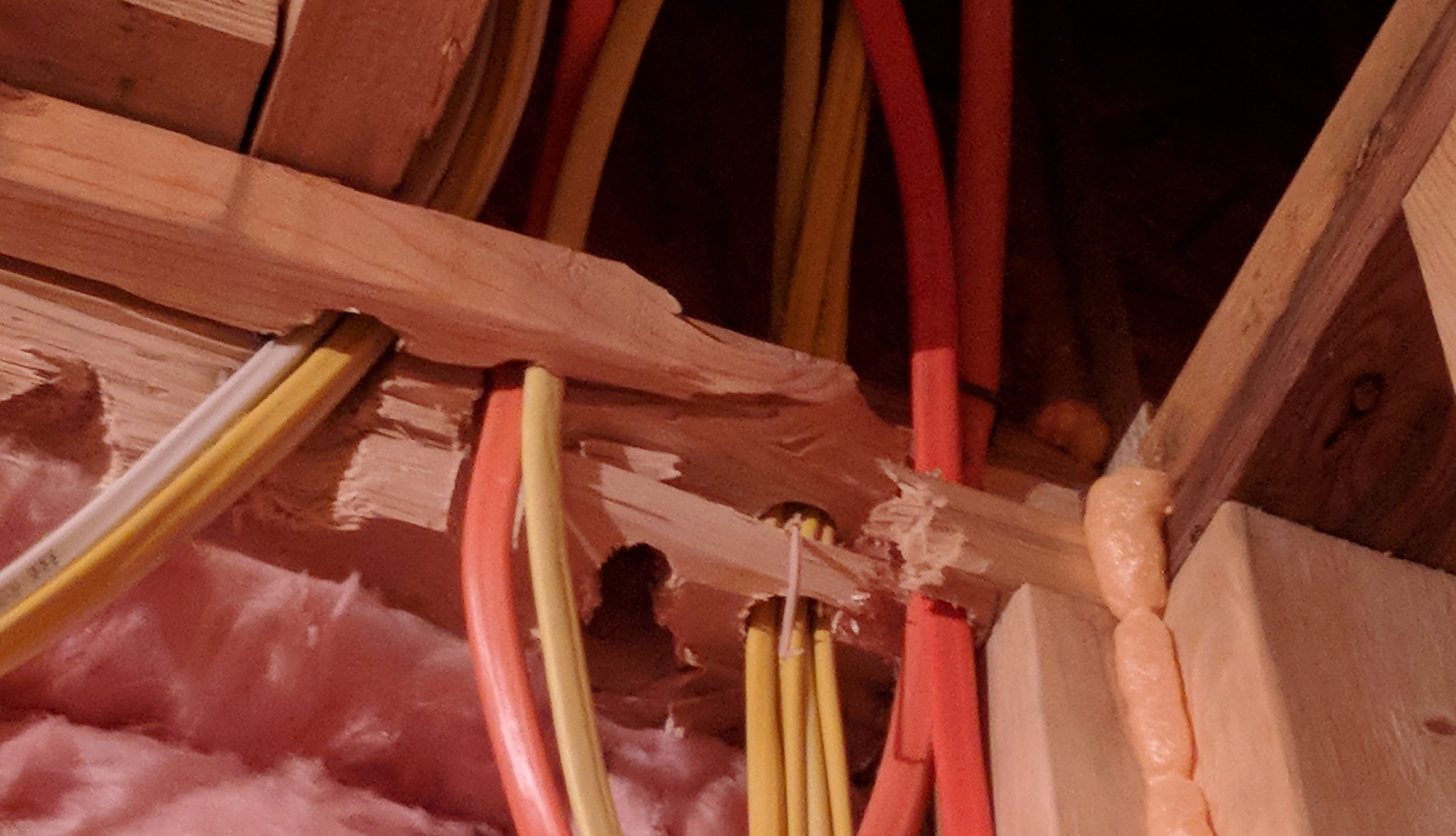 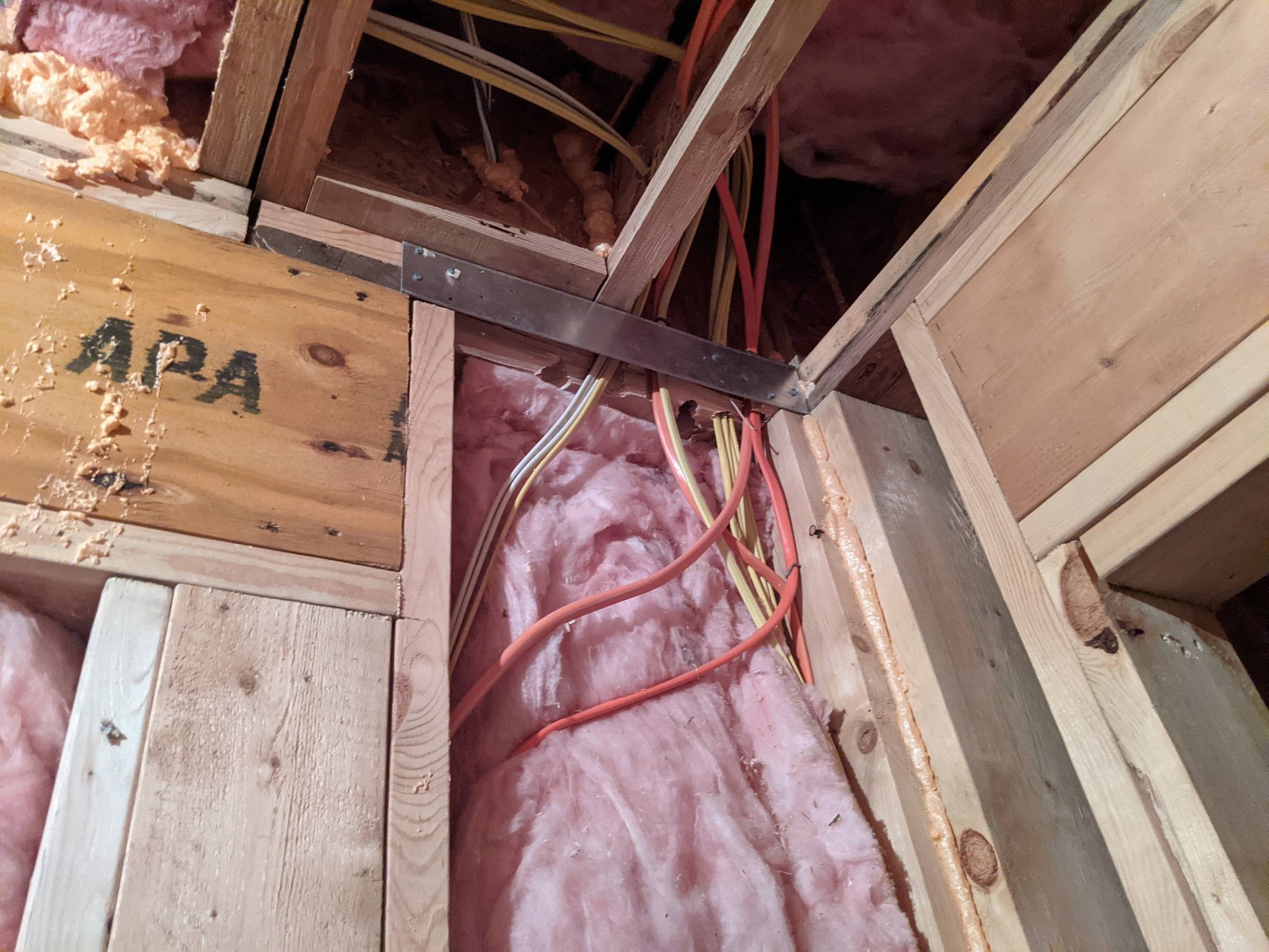 That's all fairly typical, and I don't see anything concerning. The electrician could've kept things a bit cleaner by either going easier with the auger bit or notching the stud cleanly instead. They're in a hurry, like everyone else, though.

The holes in the wall plates only remove a minor portion of the width of the plate (which appears to be 2x6). It does carry one floor joist, but that could as well be carried by a 2x4 wall, so it's fine. I would pilot and install a screw to secure that split plate shard just to prevent a bulge in the drywall. Be sure to not pinch the cables. They must remain free to move.

If a repair was deemed necessary for some reason not evident here, a short double-2x6 header behind the wires with trimmer studs to the bottom plate would do.

The large hole in the flatwise stud doesn't really matter because that stud isn't critical to begin with.

I would consider replacing the nails in the protective steel plate with flathead screws, countersunk to be flush. That'll help with what might otherwise be a visible bulge in your drywall. Even nails with smaller heads would help. You could use trim nails and drive them flush. They just need to keep the plate from sliding around before the drywall goes up.

2
What type of nail gun is recommended?
2
Should I use traditional 2x4 framing or 1x3 grid framing for a New England basement remodel?
1
How would I go about installing a prehung door in this opening?
2
How to attach short bottom plate for door frame to concrete floor?
3
What kind of jacks are used for lifting of framing in various situations?
0
Repairing Basement Wall Framing After Subpanel install notched to 75%
5
Best way to move/extend wall-mounted outlets when finishing basement?
1
What kind of treatment should I use on bottom wall plates to prevent decay?