Joist not reaching the end

We are redoing a wet room on the ground floor and we have uncovered the floor boards.

I'm looking at this and I'm totally baffled.... the joist doesn't even reach the end of the room... what's supporting it is a mystery to me...

What's the best way to fix this? 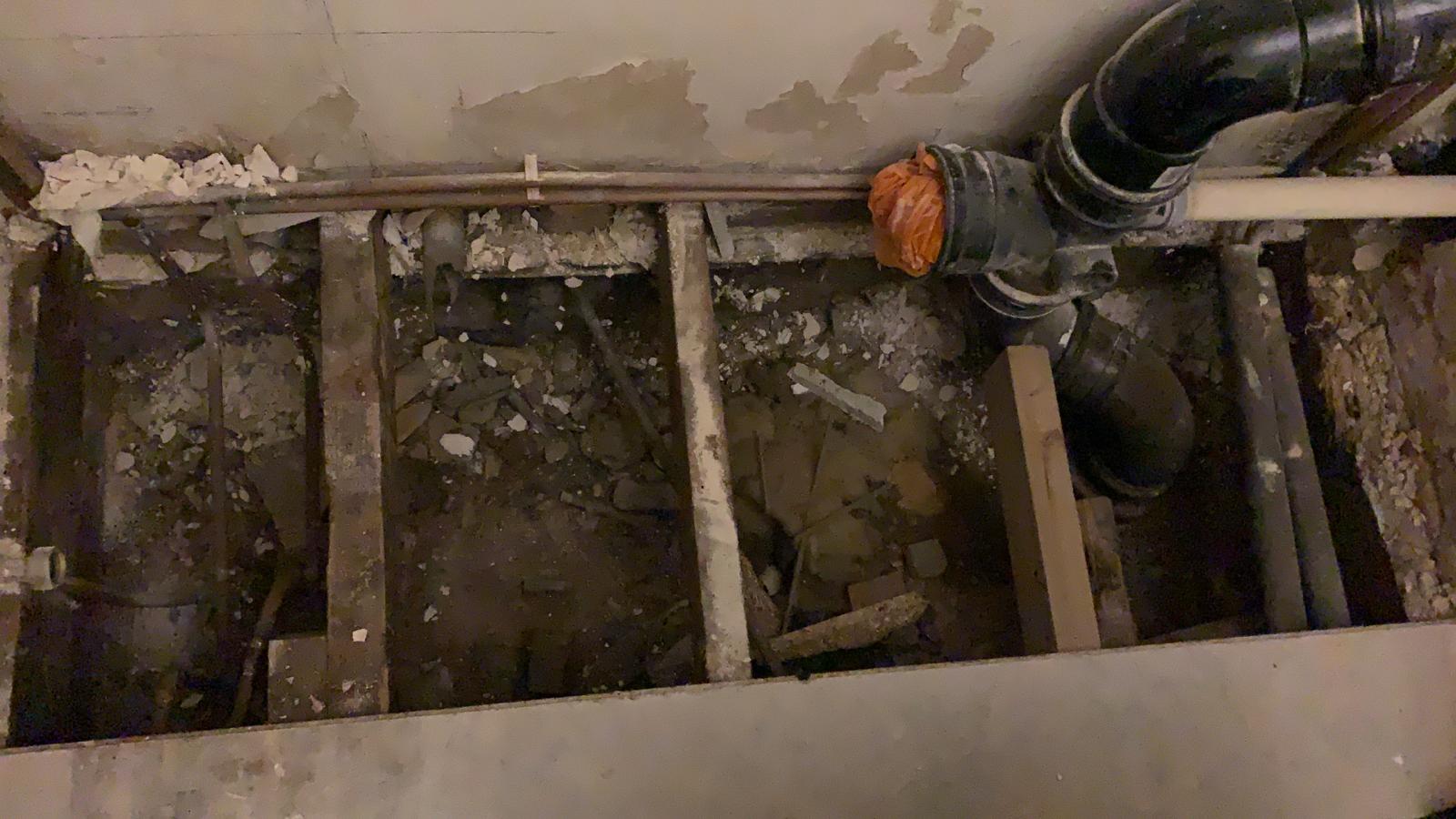 Example of the far left joist as well below - this one looks a bit rotten and has a much better joist connected to it that runs to the other end of the bathroom I believe. 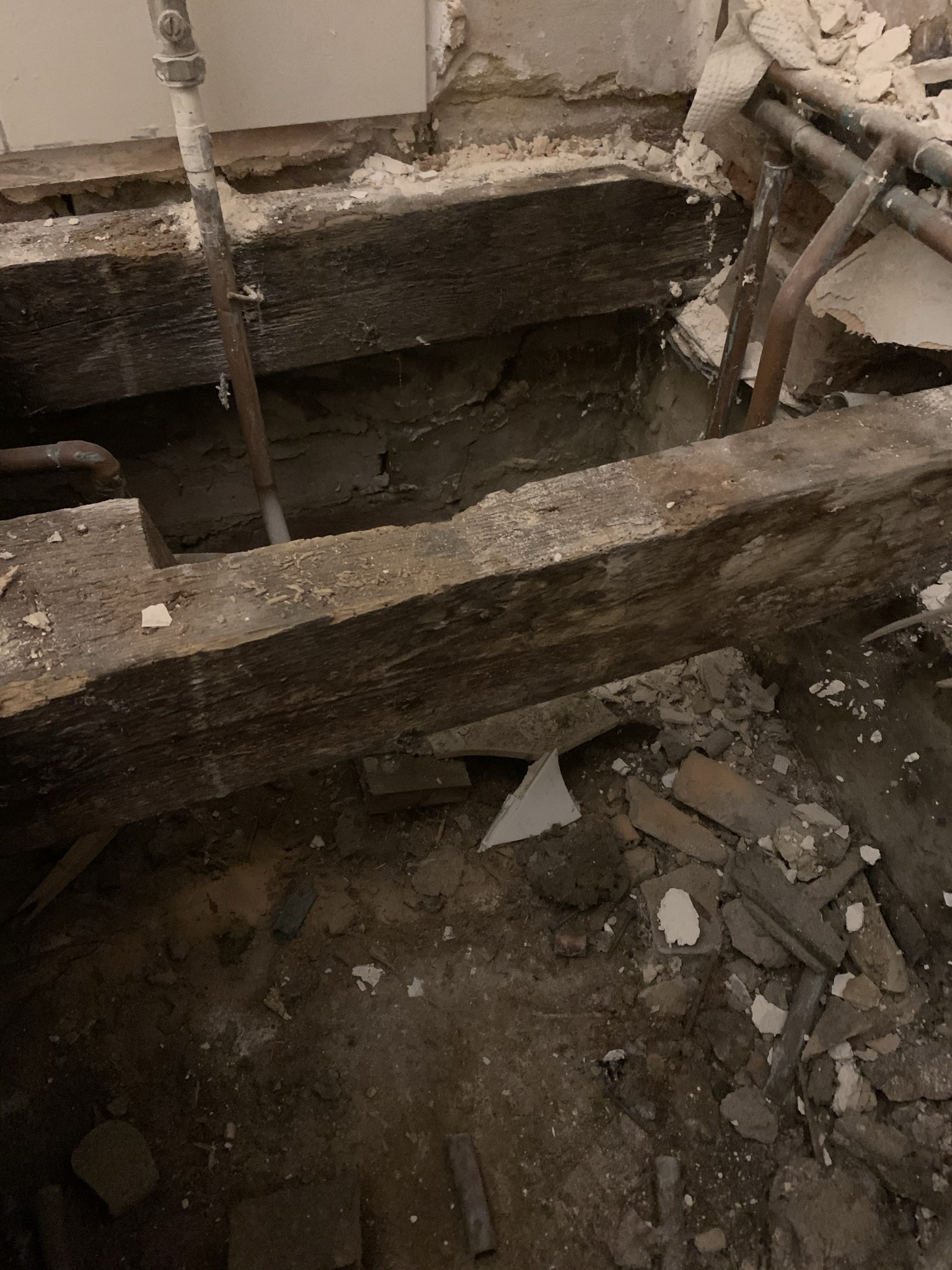 Google instructions on 'framing an attic hatch'. At a minimum, you want the cut joist to T into something across the two good joists.

You also want to put short joists (going in the same direction as the rest of the joists) as close to the plumbing as practical to support the edge of the flooring.

If you already have a compressor available, a palm nailer will drive the joist hanger nails in tight spaces quite nicely.

Edit---- Here's a bit of a diagram to show how the new parts should go. It's probably best to assemble them with joist hangers (ie, Simpson LU28, if the joist is a 2x8). You'll have to notch a little for the plumbing on the right. (These notches are perhaps the worst type of notches you can put into a floor joist, so make them as small as possible.)

If the joist on the left is rotten all the way along, I'd sister an additional joist through as much of the length as you can manage. (Glue and screw.) If it's just the very end, you could extend the perpendicular joist to the next good joist, but in that case, double the perpendicular. 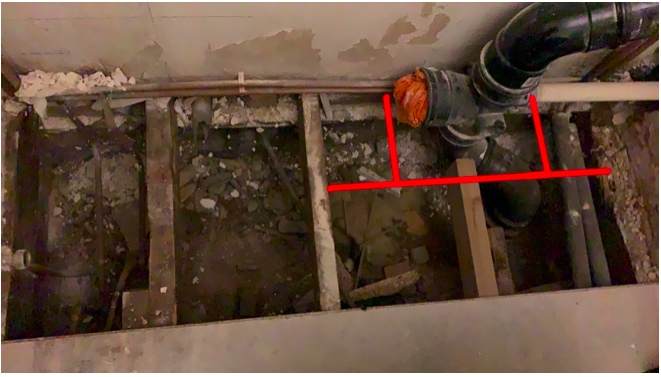 Not the answer you're looking for? Browse other questions tagged bathroom floor joists or ask your own question.

2
Shaving floor joist
2
Repair or Replace Cut Floor Joist
3
Unsupported Subfloor Hanging Over Joist
0
Irregular/Atypical Deck Joist Spacing
0
How do i waterproof the joists under my bathroom floor?
1
floor joists splitting at non-beam end
3
Is it OK to drill/notch an end joist (not rim/band joist) as long as it's continuously supported by a foundation wall?
2
Short joist not continuing through kitchen soffit foiling remodel plans