Ask Question
Asked 8 months ago
Active 8 months ago
Viewed 19 times
0
This question already has an answer here:
Can I remove a 32" portion of a supporting wall? (1 answer)
Closed 8 months ago.

Using two 2x12 that are 12' long tied to a supporting a Load Bearing ceiling with no floor above, can 24 inches be used as a cantilever to support another load bearing ceiling supporting wall?

To clarify in attached picture, I want to eliminate 24inches as shown or scribbled out, and tie the two 2x12 into that 'B' Support wall. The 'B' wall which is shown in the picture is a wall with an opening cutout. The B 'Portion shown is 15inches wide (ceiling to end) from the cutout it is 6' to the tie-in to 'A' Wall.

To simplify my question I would be leaving the B portion and upper A portion and 24" would be removed from the 'A' wall.

Simply having 24 inches now hanging with two 2"x 12" married together to support the other load bearing wall. 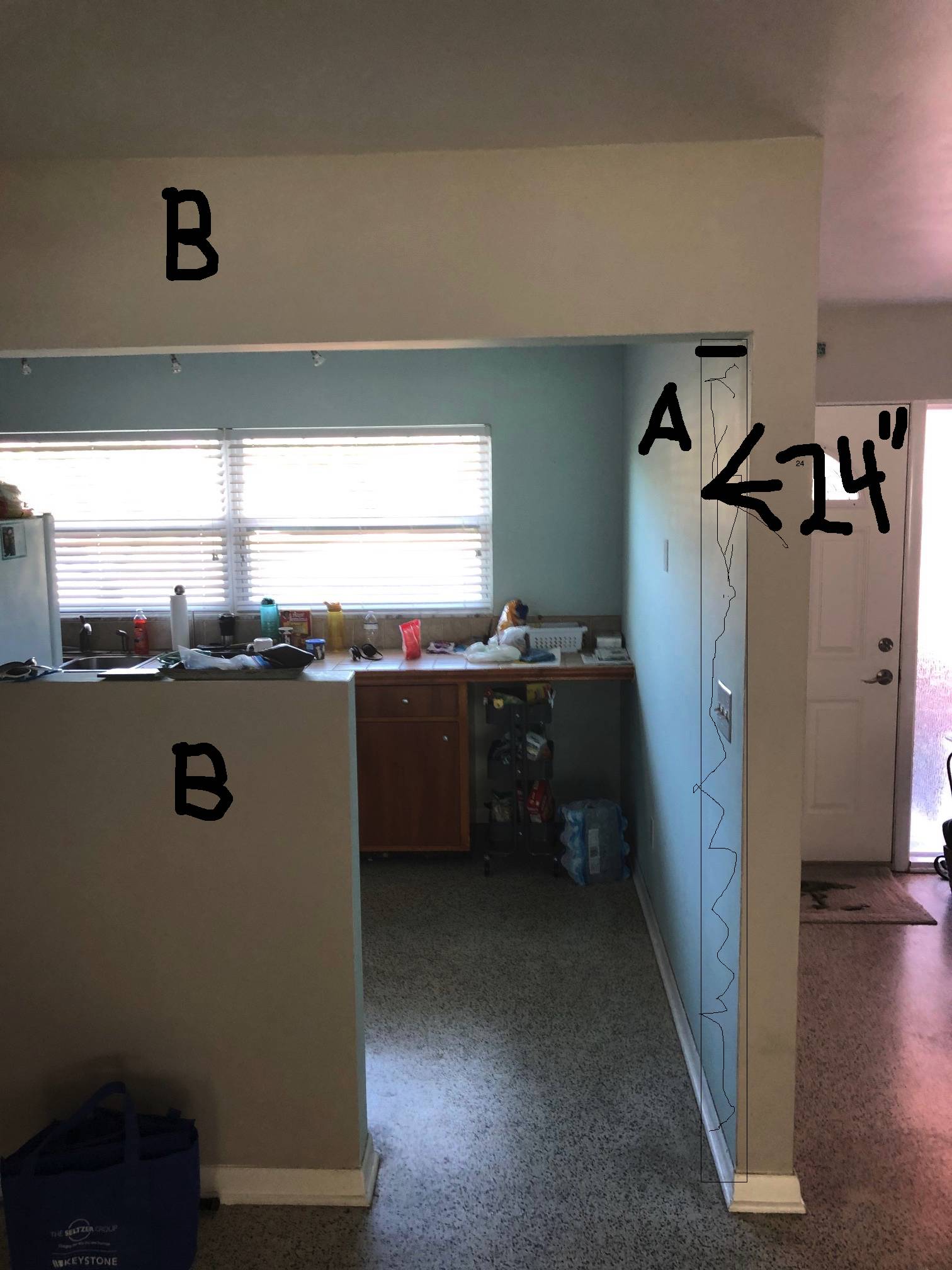 Browse other questions tagged load or ask your own question.

0
Can I remove a 32" portion of a supporting wall?

1
Is it normal to have your load bearing wall not line up with your basement support posts and joist?
1
Is it load bearing? Weird attic config
0
How much weight can a 2x4 wall support?