In a multiwire branch circuit, can the two hots be connected to the same phase?

This may be an obvious question, but I haven't been able to find a direct answer.

I believe I have a MWBC - I have two hot wires connected to two separate circuit breakers, sharing a neutral and ground wire. The two circuit breakers are not adjacent to one another. they're on slot 24 and slot 28, respectively. Slot 26 is occupied with another circuit.

This is bad, right? This means that my two circuits are both on bus B and in the same phase, rather than in opposite phases like they should be, correct?

Is there some other reason a MWBC would be set up like this?

Yes, this does sound like a problem. Assuming your panel is like most, the breakers are on the same phase and you have two problems:

MWBC is required to have common maintenance shutoff. That means if you turn off one breaker to work on the circuit, the other is turned off too. That is important for safety. This can be done with a handle-tie or by using a double-breaker. It is quite possible that a violation of this rule is what caused the problem in the first place! Without a handle-tie, and without realizing that the breaker is part of an MWBC, someone might move a breaker in order to accommodate other things, such as double-breakers for 240V circuits (dryer, oven, etc.). Once they do that, 50% chance that the 2 MWBC breakers will be on the same phase instead opposite phases.

Putting the two breakers on different phases (legs, poles, terminology varies and I'll leave it to the pros to argue that) means that the neutral will carry the difference between the two hots.

Putting the breakers on the same phase means the neutral will carry the sum of the two hots.

If you have a 15A circuit with 12A in use on each 1/2 of the MWBC, with different phases neutral carries nothing at all. With the same phase, neutral carries 24A, which is way too much for a 14 AWG wire. Neutral does not (normally) have a circuit breaker, so there is nothing to keep the neutral wire from overheating and starting a fire.

To add to the other answer, your two phases are 180 degrees out of phase so that it creates what is called destructive interference 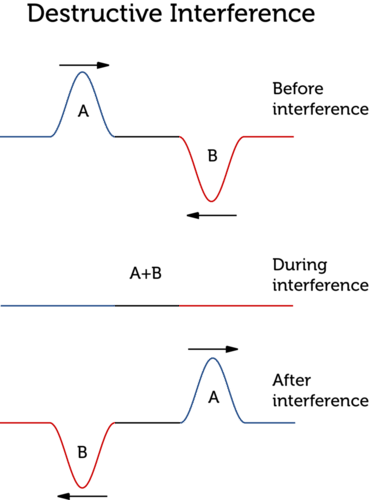 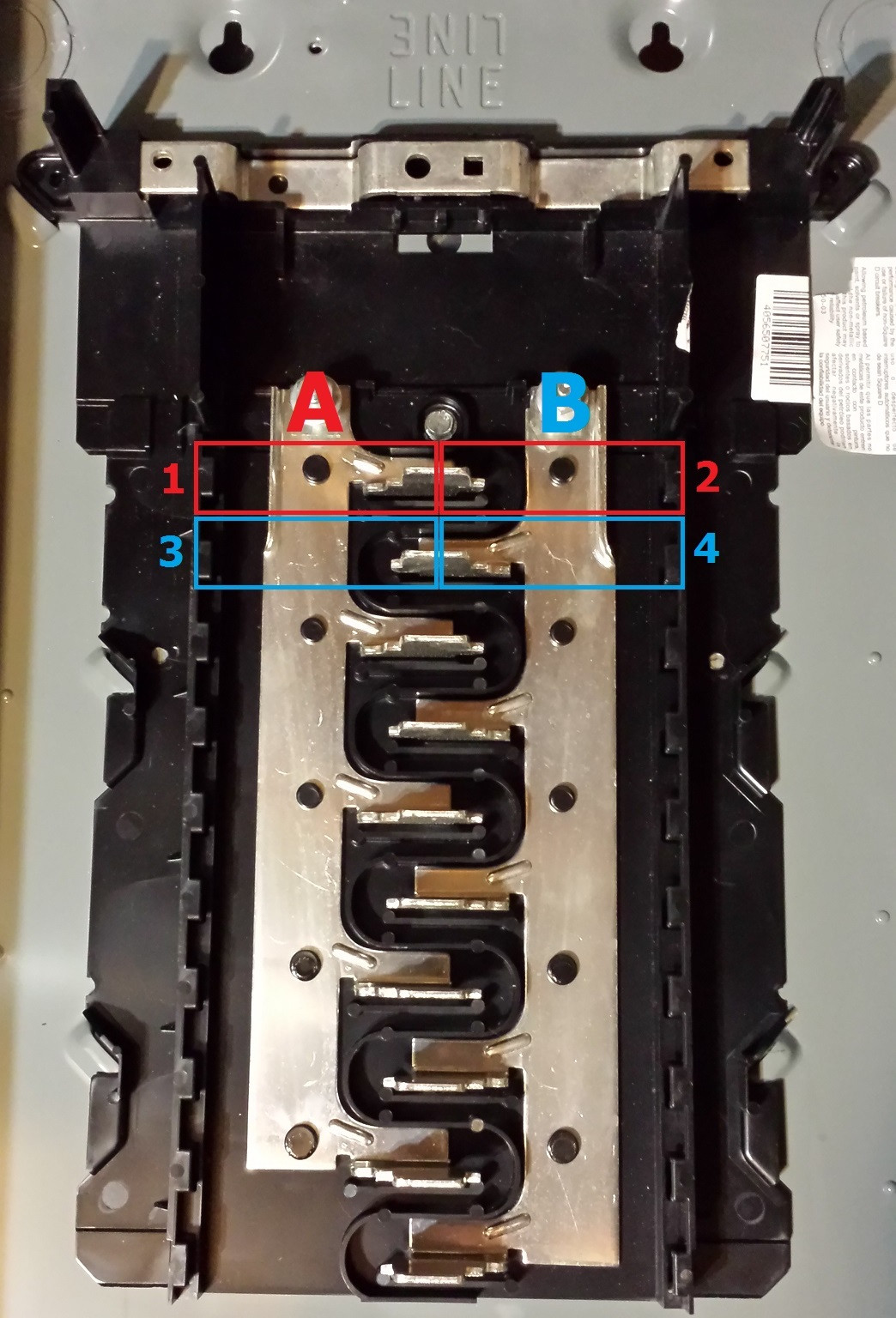 Note how each bus zig-zags. This is so you can put 240v double-breakers in. Note how slots 1 and 3 each hit a different phase. It sounds like they're using something like slots 1 and 5 which creates constructive interference 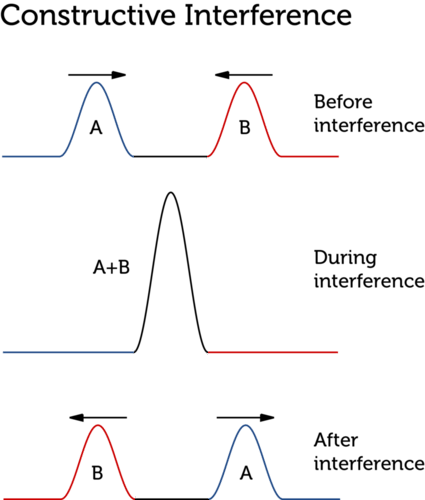 Thus your neutral now gets that double load manassehkatz talks about

Not the answer you're looking for? Browse other questions tagged electrical wiring 120-240v mwbc or ask your own question.

7
Is this a dangerous multifeed?

7
How can two different breakers both turn off the same circuit?
2
Need help determining if a multiwire branch circuit is wired correctly
2
How can I convert a 240V dryer outlet to two branch circuits?
15
What is a multiwire branch circuit?
1
Can I split a 208/120V 3-phase circuit into 3 separate 120V circuits and keep the shared neutral?
3
MWBC and very low power factors
4
Does the arrangement of breakers within a panel matter or follow any rules?
3
AFCI Compliance with Multiple First Outlets on [Multiwire] Branch Circuit
2
Can I have an MWBC plus another circuit in the same junction box?
8
Can someone explain this Tandem Breaker Setup to me?