How to remove tight screws from wall plug?

Accidentally I screwed the screws too tight. They stuck at one point, and won't loosen with the same force. I cannot apply enough force with Philips screwdrivers. Not even with a ratchet wrench (because the head simply pushes the bit backward when turning, and it slips out).

Can not use pliers to pull the screw because I can not prop the tool against the wall (can only prop it against the bracket, which is on top). I tried to use a wedge under the bracket, to strain the bracket and the screws outward. So far, the plaster on the wall would break and collapse. I can grab the higher screw with pliers but can not even grab the lower screw, both screws are stuck.

Can anyone provide some advice? 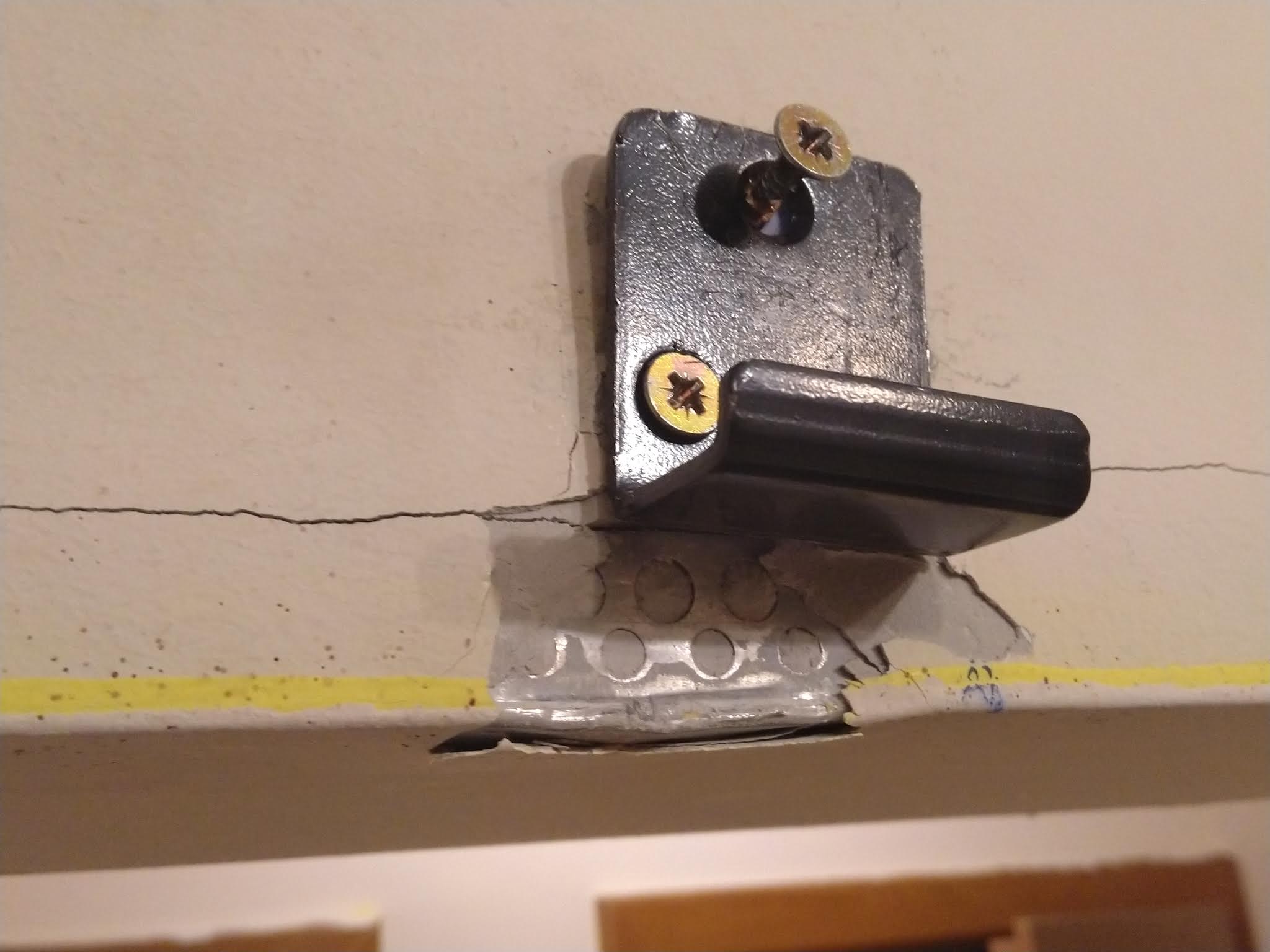 I would try these things in this order:

One more thought, since you said you are using plastic wall plugs. If all that's holding the screw right now is the wall plug, you could also try some gentle heat on the screw, before unscrewing or pulling it out. You might be able to heat the plastic enough to where this will work. But it's also possible the end of the screw is stuck in the concrete. Concrete will also be destroyed quickly by too much heat, so you would need to be quite careful with this method.

If you had a screwdriver with the bit set at a right angle to the handle you could get leverage on it. I have seen these but do not own one. But I made one when I needed it and maybe you can too.

I used a vice grips and a phillips head bit that came with a drill. I grabbed the bit good with the vice grips such that the tip of the bit was perpendicular to the long axis of the vice grips. Then I had more leverage than what I could get with a plain screwdriver. I bet that gets them out.

Maybe you could do the same thing just grabbing your screwdriver near the tip with the vice grips. I think the bit was better because it had facets, and screwdriver shafts are usually round and smooth.

Those are almost certainly not Phillips head screws. The four tick marks indicate they are a type called Pozidriv, which is an improvement on the Phillips that has improved engagement and allows more torque. Trying to unscrew Pozidriv screws with a Phillips driver will not work well. With the correct Pozidriv screw driver they will come right out.

Not the answer you're looking for? Browse other questions tagged screws stuck or ask your own question.

1
How can I identify these small screws for my range hood lights?
1
What is the optimal screw drive hole shape to get the maximum torque for a steel screw?
2
how to remove these screws without taking a huge chunk of wall with them
1
How should this vintage wall-mount sink be mounted? Does not fit standard cast iron brackets
0
How do I turn a seized SS screw in a brass fixture?
2
Washer in front or behind cabinet panel mounted with lag screws?
3
What's gentler on screw heads: a regular screwdriver/drill, or an impact?
0
What is the best way to remove a broken screw from a deck board?