Filling gaps in a shower hob - best substance for this gap?

My shower hob has a number of leaks. I've highlighted a gap in the photo below which appears to be allowing water to run through to the other side of the shower hob. If I use silicone sealant in the position with the red circle it prevents water running off the edge of the hob, so a large pool of water remains which cannot dry out overnight.

Is there a substance I can use to fill the gap circled in red?

I am planning to use a product such as "Shower Plug 220mL" after any other work in an attempt to prevent ongoing leaks.

Note 1: In the photos below, I've placed transparent packing tape over all of the gaps, which I used to test and verify where the leaks were coming from. With the tape on, all but one of the 5+ leaks around the hob stopped.

Note 2: I've let the shower head run in a bucket for a long period of time without any leaks appearing, so I'm not worried about leaks behind the shower itself. 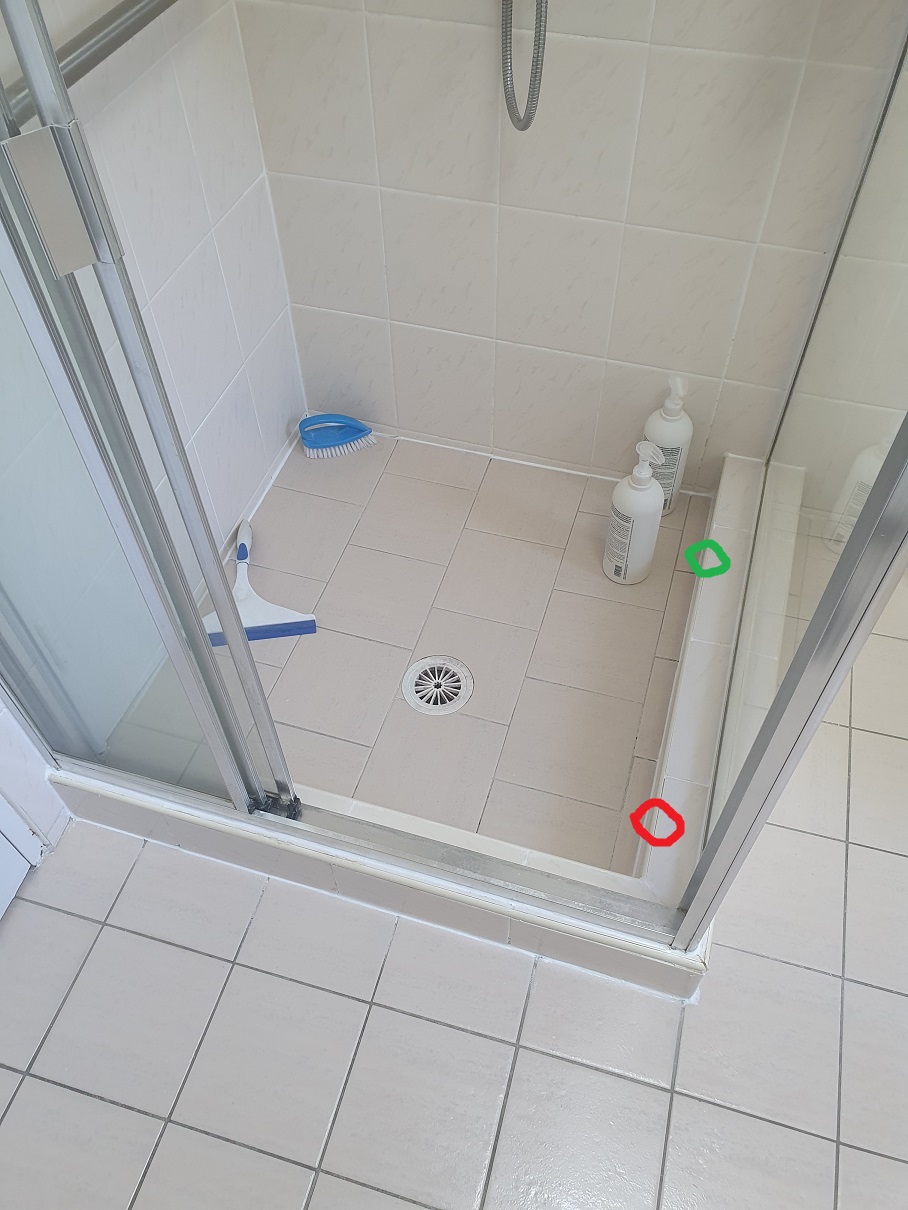 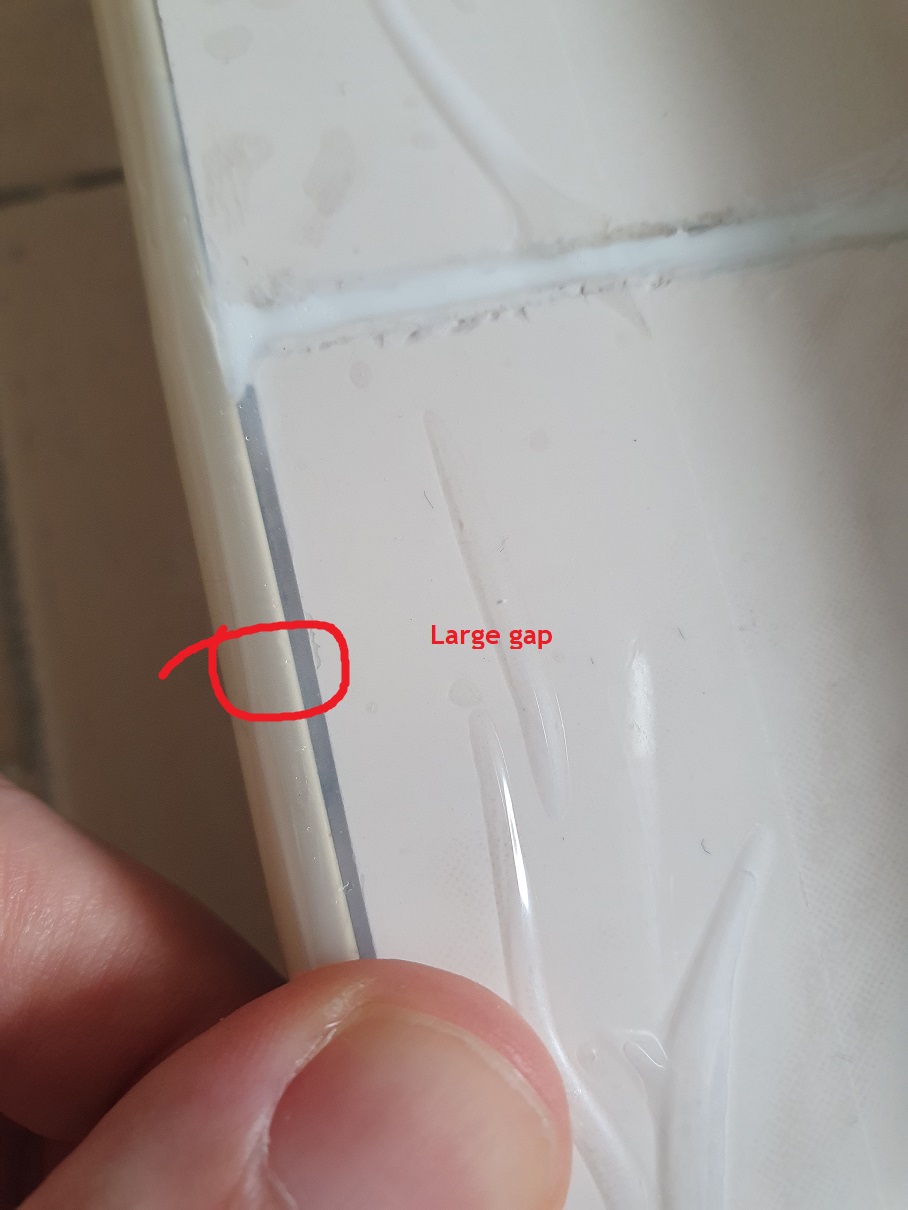 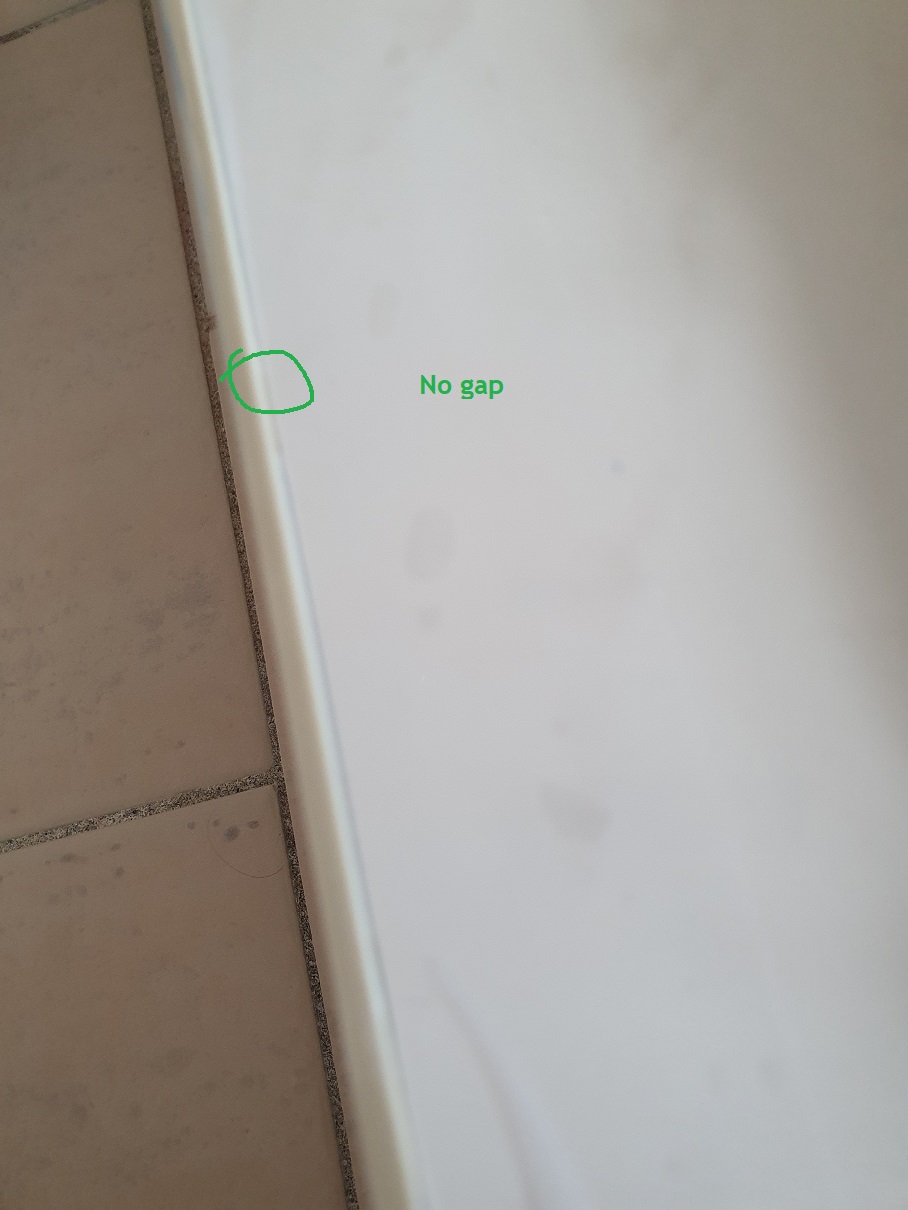 I have had a similar problem with the grouting in tiles missing. As we know we are to change the bathroom over the next couple of years, I have filled the gaps with bathroom silicone and smoothed it down with a wet finger.

Not the answer you're looking for? Browse other questions tagged shower waterproofing or ask your own question.

2
Showerhead with "backflow prevention"
6
Why does my shower head drip when the tub faucet is on?
2
Should I redo this wall to avoid a mold sandwich?
2
Shower floor cracking
1
How do I fix my leaky shower pipe?
0
Why does my Shower Faucet Stem have water on it after a shower?
1
Tub to shower conversion plumbing questions
0
Shower diverter turns but doesn't divert