We're trying to install a chandelier and the instructions are generic (not for this specific light). I have hung chandeliers before but they always utilize the center threaded piece that holds the weight of the fixture. This one came with a wire cable. How do I attach this? Should I loop it through the mounting bracket? I installed it without using the cable and then couldn't sleep as I imagined the chandelier crashing to the ground. It was only being held up by the decorative screws on the canopy. Is that enough? 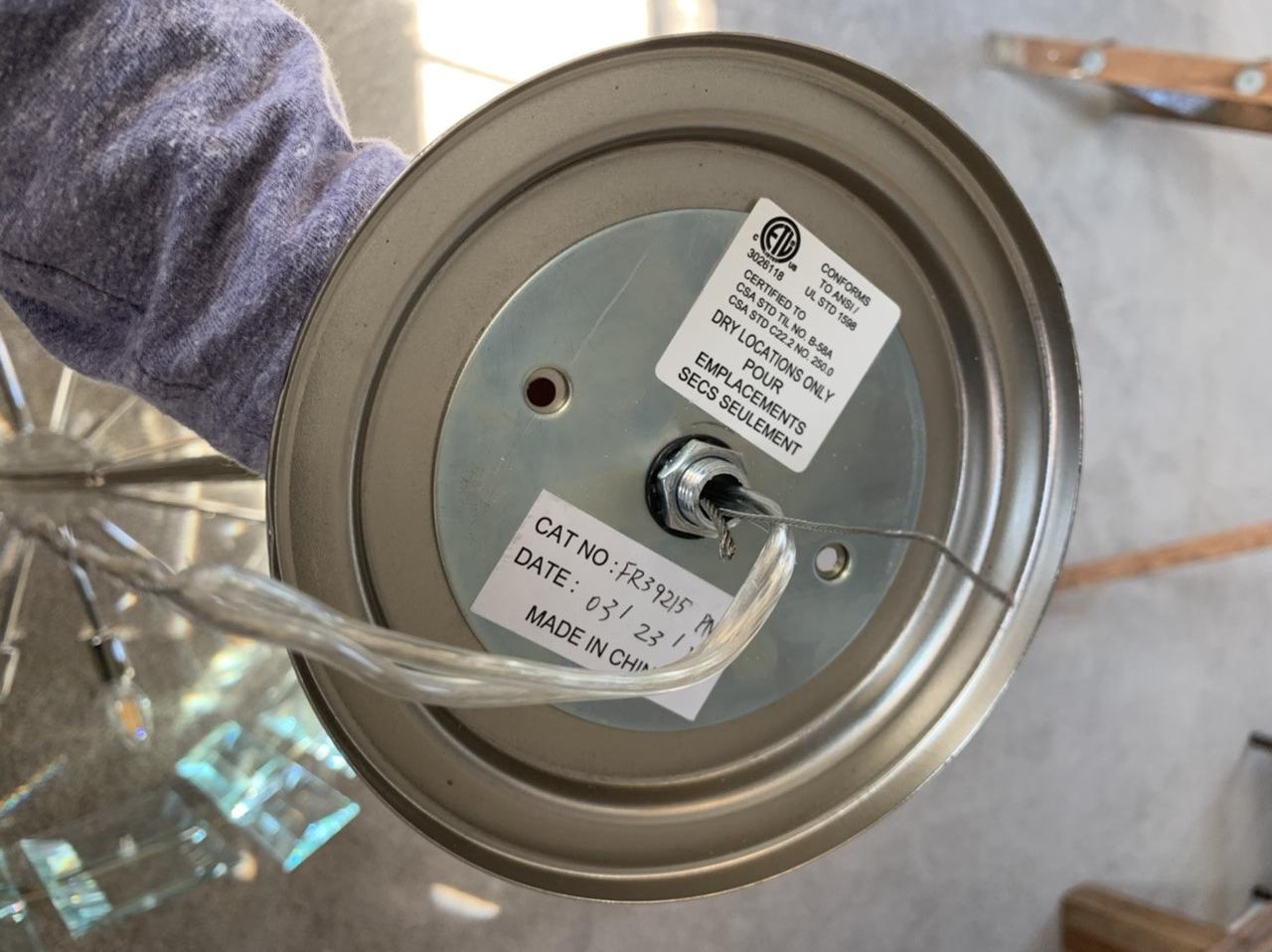 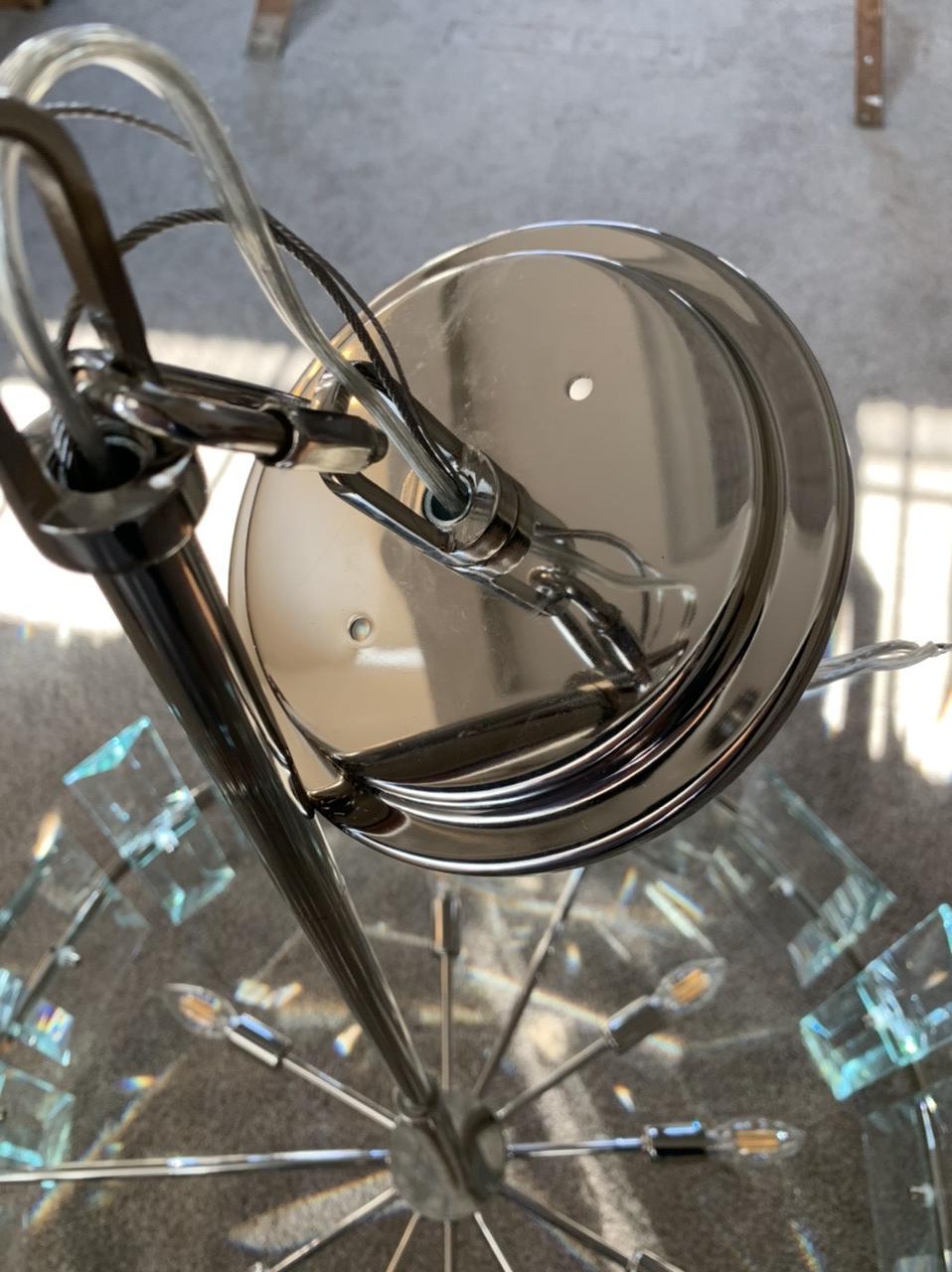 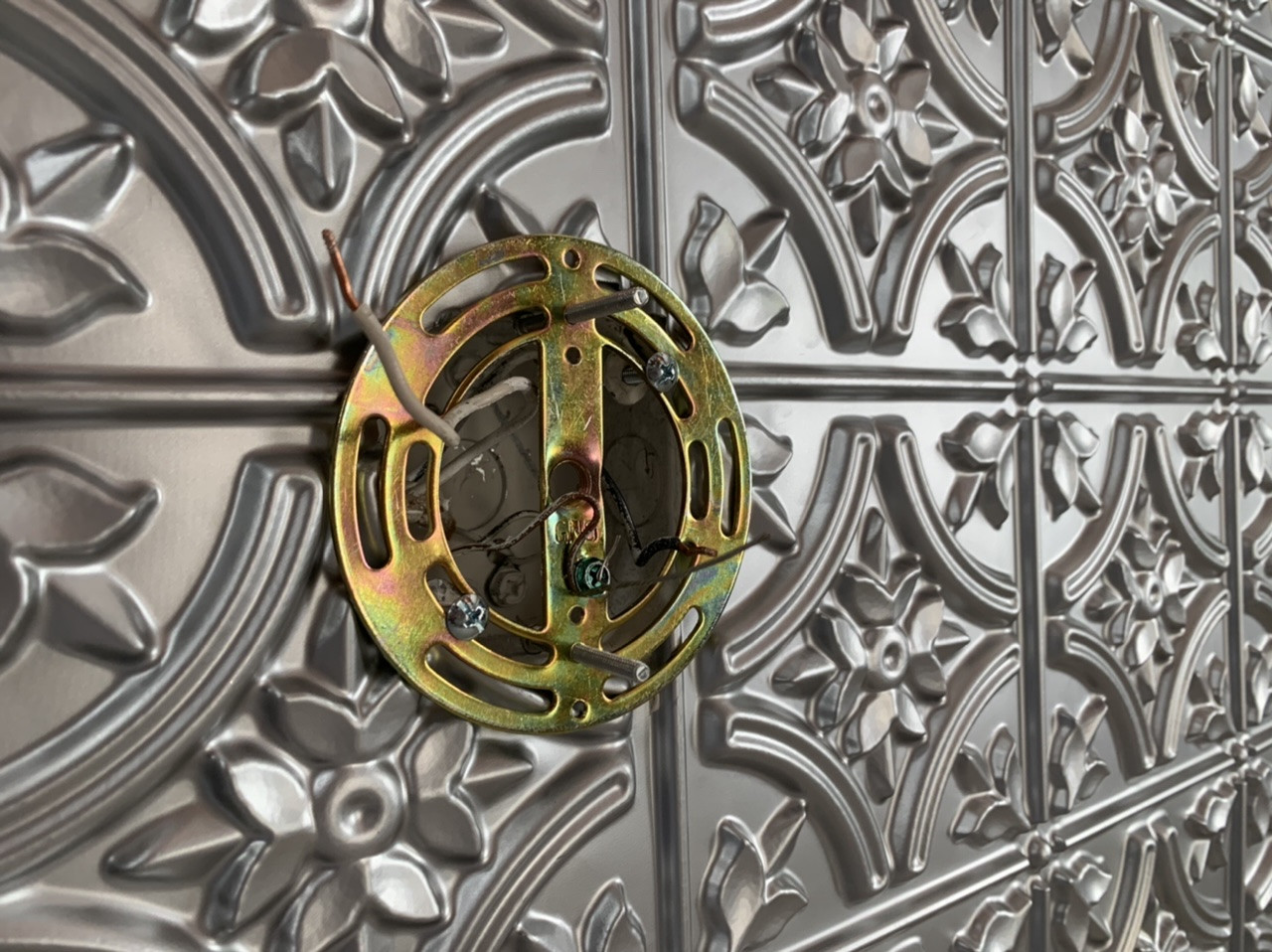 It's hard to tell from the pic, but I'd imagine that the rods hanging down from the gold-colored mounting plate are threaded and that they go through the holes on the canopy. If that's the case, then the acorn nuts being tightened against the canopy should be sufficient to hold this up.

About the only change I'd make would be to rotate the mounting plate clockwise a bit so that the support bolts are as close as reasonably possible to the screws that hold the plate to the box (i.e. you still have to get a screwdriver on there to tighten the plate to the box).

1
converting 110V chandelier to 220V
0
How to deal with a thick wire in a mounting nipples for a chandelier?
1
I need to Mount a 55" Sony TV on a Wood paneling wall w/no studs
1
How should I mount this ceiling light fixture?
1
Can I do an external splice to my chandelier wire?
2
Can you extend electrical wires from a junction box as long as the splices are contained?
0
Hanging microwave without above cabinet
3
Chandelier lamp mounting
4
Hanging Chandelier by Threaded Rod