Water damage or bad patch job on the ceiling directly under the shower stall of master bath?

We moved in 2 years ago into a new build. Just today I’ve noticed this discoloration on the ceiling. Directly above it is the master bath shower stall.

My husband thinks this is a bad patch work. I’m just a little worried since we are both first time home owner and both not very handy at all.

I would like second/third opinions from someone that is more knowledgeable than us. 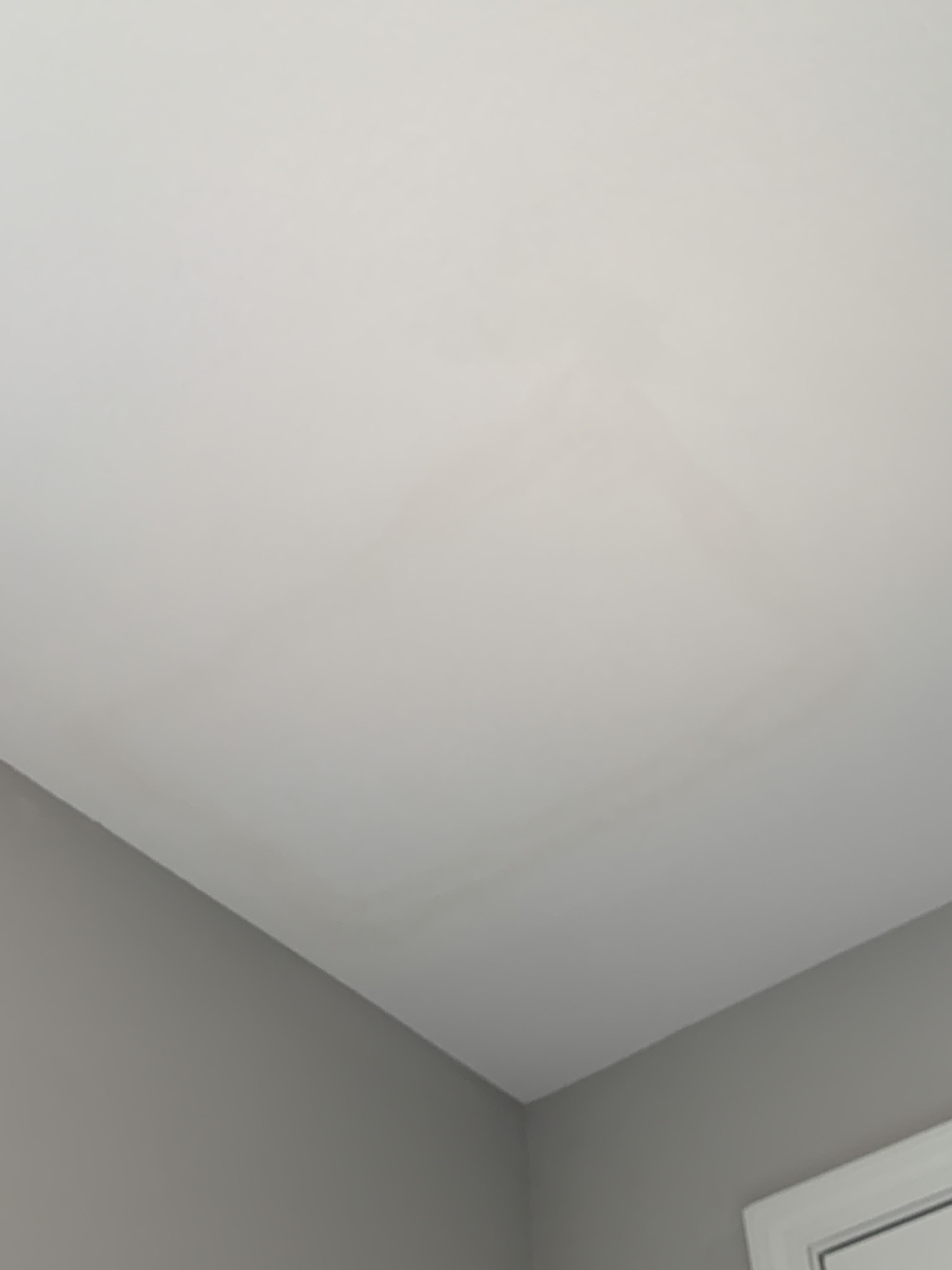 It is both. Probably.

A section of drywall was removed to fix a leak. Perhaps the leak has returned and now moisture has migrated into the seams of the resectioned area causing discoloration. However user DMoore has never seen such a thing and his reputation is beyond reproach.

So it could be that a section of drywall was left out during drywall install to leave access to the underside of a shower that had not yet been hooked up.
This was done in my house when the plumber was on vacation and the drywall installation had to proceed.

To be certain that it is active leak use a moisture meter to determine that this area is significantly higher in moisture content than other areas in the ceiling.

If it is wet a similar cut out will need to be made so that whatever is leaking( most likely the drain) can be fixed. Then a new patch can be made.

Followed with a stain blocking primer and repaint the ceiling.

Not the answer you're looking for? Browse other questions tagged water-damage patching-drywall or ask your own question.