I'm asking about advise\idea\help. I'm new home buyer in Austin area TX. I bought a new home in the foundation stage. Now it's in the framing stage. Yesterday I found that I have 3-4 cracks on the slab. I have read almost all the articles on this forum on this issue. :) "There are two kinds of concrete. Cracked and gonna crack." - is expected.. Please, tell me is it acceptable or I should find 3th party inspector ASAP. Thank you 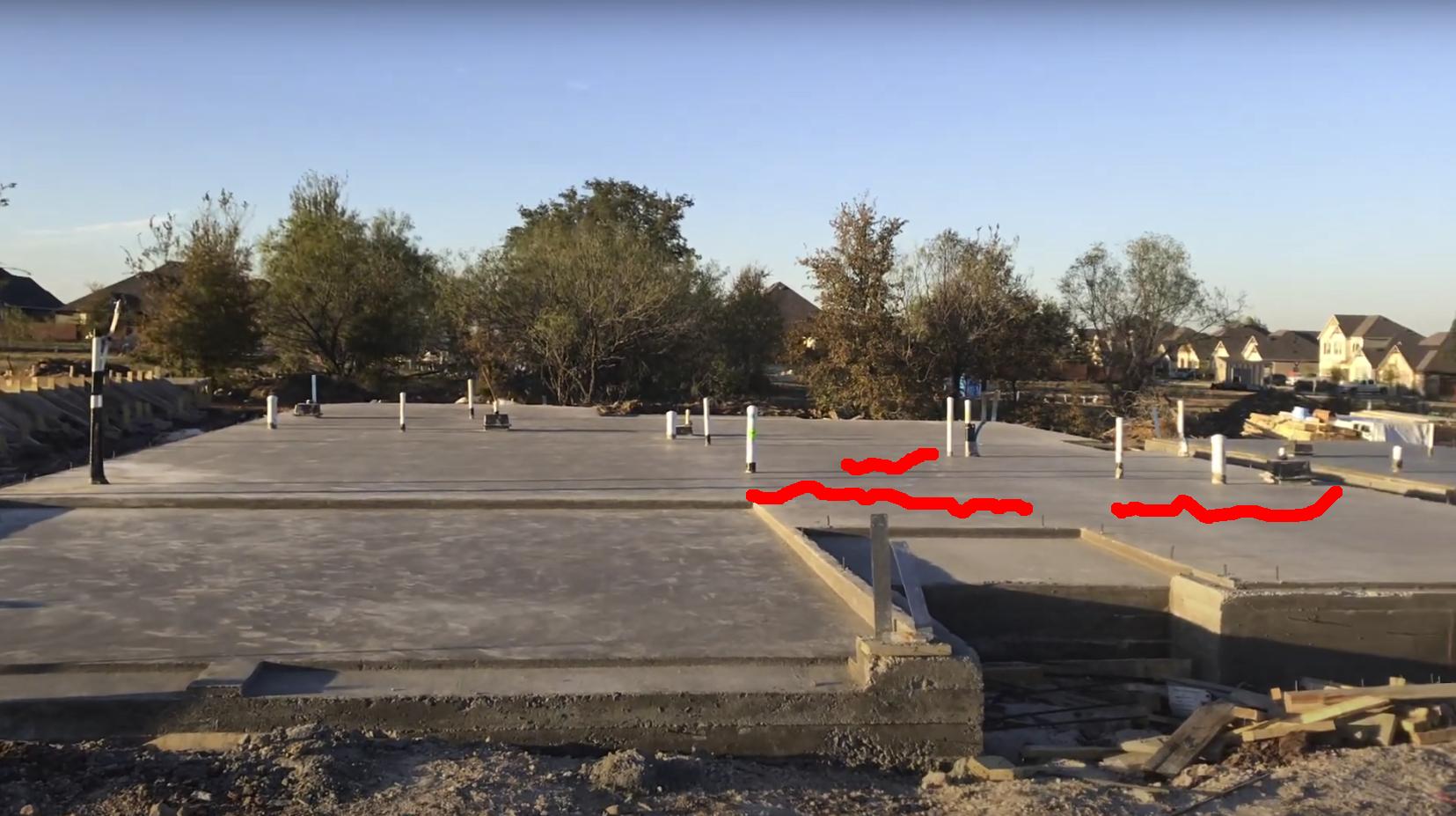 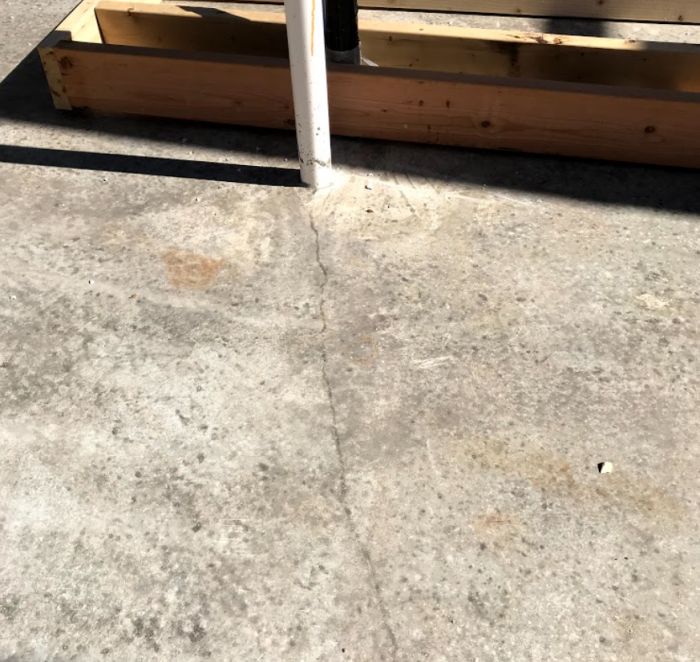 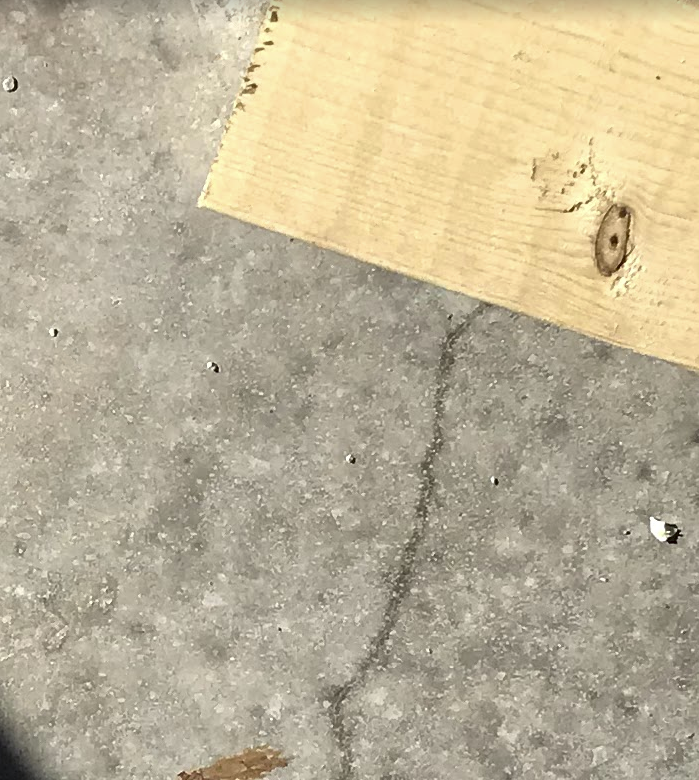 and videos on youtube: kitchen near the garage and the room

In your case whether or not they screwed up is kind of a matter of interpretation. The claim that concrete always cracks is really BS. In my opinion (and the opinion of many others) the number 1 reason residential concrete cracks during curing is too much water used in the mix. It's possible to put down concrete that WON'T crack - do you seriously think that the Hoover Dam is full of concrete cracks???? It is just more costly. But that's water under your bridge since it's too late now that the concrete is down and has hardened.

Now, the one crack there intersecting the post may be a problem since it's wide enough close to the post that it could be considered structural. The inspector probably will bitch about it. It gets narrower further away so they probably will allow it, but the reality is that it is easy right now to repair that area, just run a concrete chipper blade over the crack to V it out then put in patching epoxy. Since it's a fresh crack it's clean and not filled up with dirt so the patch should be able to get all the way down to the bottom and bond the 2 pieces together. It's a lot easier to do it now while dust generation and so on won't be a problem.

If you ever decide to pour your own concrete for a small job (like a couple of bags of sackrete) the trick is to add just enough water to make it into a paste. You don't want it all sloppy and liquid. It takes more effort to work with less water but it gets very dense and hard. Then periodically while it's curing you want to mist it with water. That prevents the water in it from evaporating quickly so it cures a lot slower and will not shrink as much and it is much less likely for it to crack.

The problem with residential slab cracks in my opinion is you can get water coming through them if there's water pressure in the soil, (like a gutter drain plugs up) and you can get the little sugar ants coming through them. If these are really just shrinkage cracks (which if you bitch to the contractor they probably will claim that they are) then once the concrete is cured they won't get larger - so you can push the contractor to v them all out and run concrete epoxy patch in the V's. That will prevent water and insect intrusion. It also will pi ss off the contractor but too effing bad.

The important thing with residential slab construction is soil settling. Residential slabs are not made with re-rod so they have very low shear strength and so if you get soil settling one side of the house, the slab will crack and that side will settle. That happened to my father in law, they bought a beach house about 20 years ago, slab construction, with the back end settled. They thought it would not settle further, they were wrong, and 3 years ago they had to tear out the carpet, and have a foundation company come in and repair it. My advice to you is to really get on them about good water control. It's critical that water from the roof is discharged as far away from the house as possible. You do NOT want the dirt under the slab getting wet.

Not the answer you're looking for? Browse other questions tagged foundation construction new-home inspection cracks or ask your own question.