How to remove junction box that is nailed on?

I just bought my first house and I am trying to update some light fixtures in my kitchen. I’m also fairly new to this DIY stuff, so keep that in mind if I’m not using the correct terminology.

So working the existing junction box, which seems to be made up of particle board, I was able to remove two screws that were bracketed (see the blue arrows) that I thought were holding the box up, but when I attempted to pull the junction box down it wouldn’t give. I then noticed that there are two nails holding the box up as well (see the red arrows), which I can only guess means they are nailed to a joist.

Is there a way to remove this junction box without having to get up in the attic? 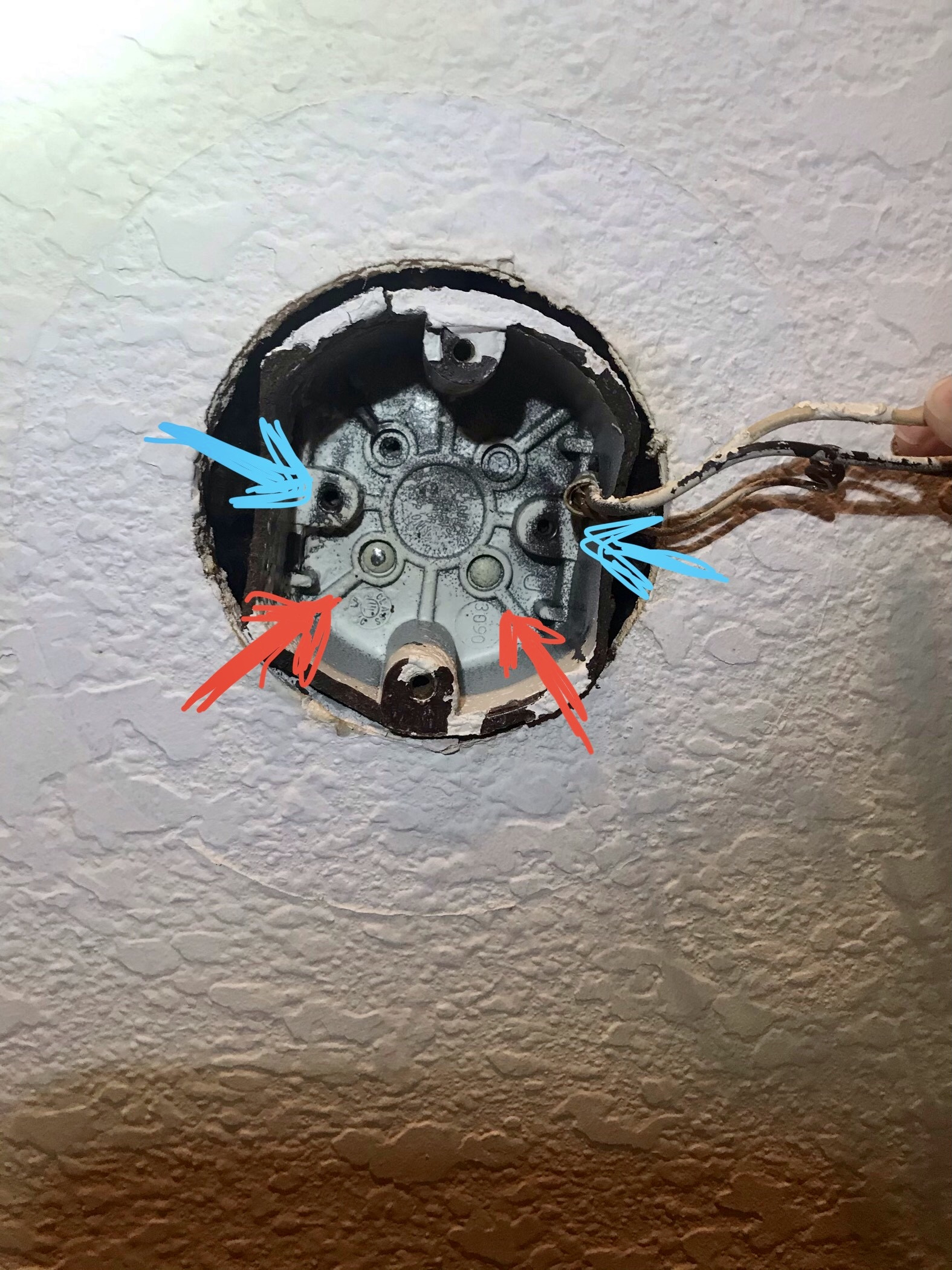 The two items that you were thinking are nails are in fact almost 100% sure to be rivets. See yollow circles in the below picture. 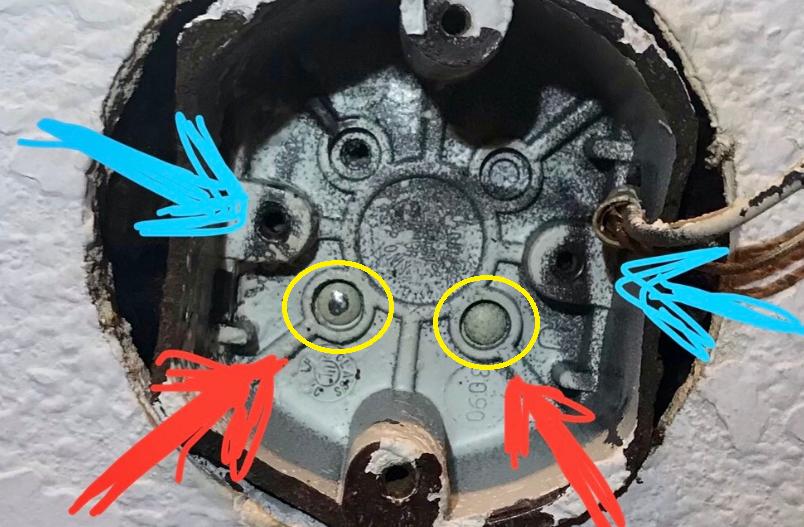 These rivets secure some type of metal bracket to this phenolic/bakelite box. The bracket is then either nailed to the adjacent ceiling joist or to a rail that bridges between two joists. Trying to remove this box without entering the area above (if that is even possible) will usually require opening up the ceiling drywall or plaster leading to a much bigger repair job.

It would not be advisable to replace this box with an old work type box that is just secured to the edges of the ceiling drywall. Such box would never been up to handling the installation of a ceiling fan/light fixture. Ceiling lights often get replaced with heavy fixtures like that even if it is not you doing it right now.

Here is a picture of the type of box that you likely have there. The rivets and metal bracket are readily obvious. 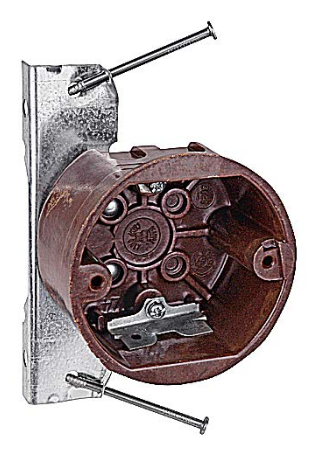 Here is yet another almost similar phenolic electrical box with a different style metal bracket riveted to it: 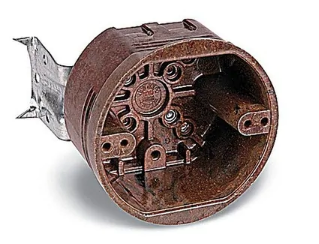 This looks like a common ceiling receptacle box. Why are you trying to replace it? If all your doing is installing a ceiling light fixture the box in the picture appears perfectly adeqate. Most new fixtures will have a mounting plate that gets attached to the box by mounting screws which connect to the box via the screw holes at the top and bottom of the box as shown in the picture. The mounting plate will then have two mounting screws to hold the fixture.
If the mounting screws are not going in deep enough you may not be inserting them properly or in the correct spot. Also the box doesn't appear in the picture to be damaged. If your goal here is to simply mount a new fixture you may be doing a lot of unnecessary work.
Edit:
You might want to drill a hole in the bracket you have or buy another bracket. Unversal mounting brackets for lights are available at most home stores. 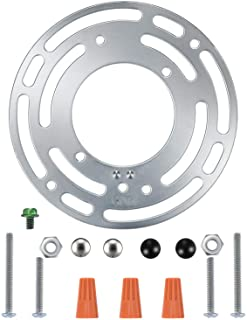 3
How to wire a lamp to a junction box?
0
Mount Ceiling Fan to Old Junction Box?
0
Light Fixture Junction Box with Remote Switch
3
Remove old ceiling pancake (pan) junction box, or how to work around bolt in that box?
2
Electrical junction box proximity
2
Easiest way to connect to a junction box when the wires won't reach?
2
Connecting modern dimmer to two-wire junction box
0
Upgrading to GFCI, and the outlet box isn’t screwed into anything
0
Is a junction box required in my situation?