I'm looking to add a C-wire for my thermostat. My current thermostat has two wires, W and R. But there is another tucked in blue wire. That blue wire isn't connected to the boiler. I'm looking for help on where on the terminal can I connect this wire to make it into a C-wire.

The manual for the boiler can be found here 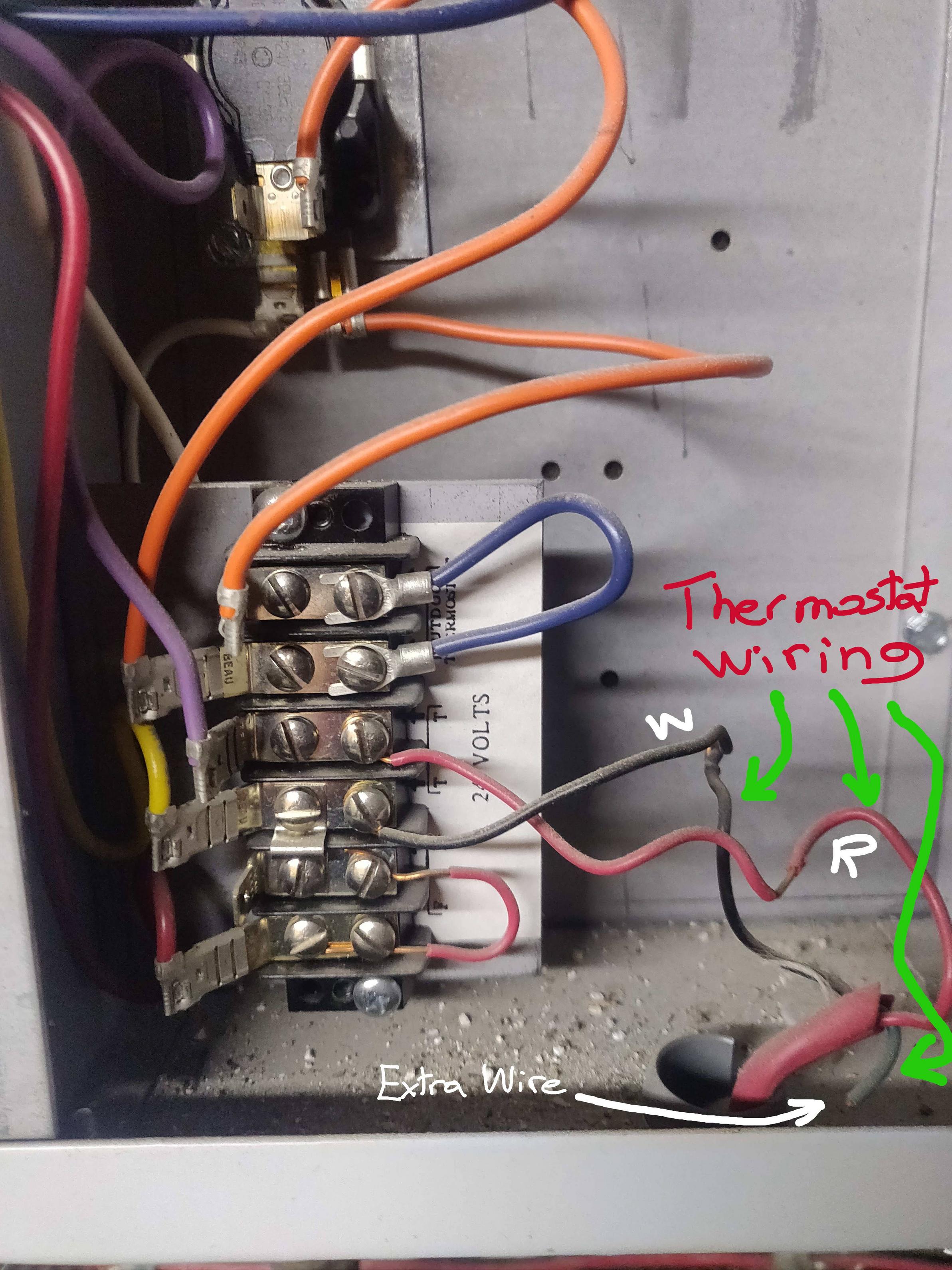 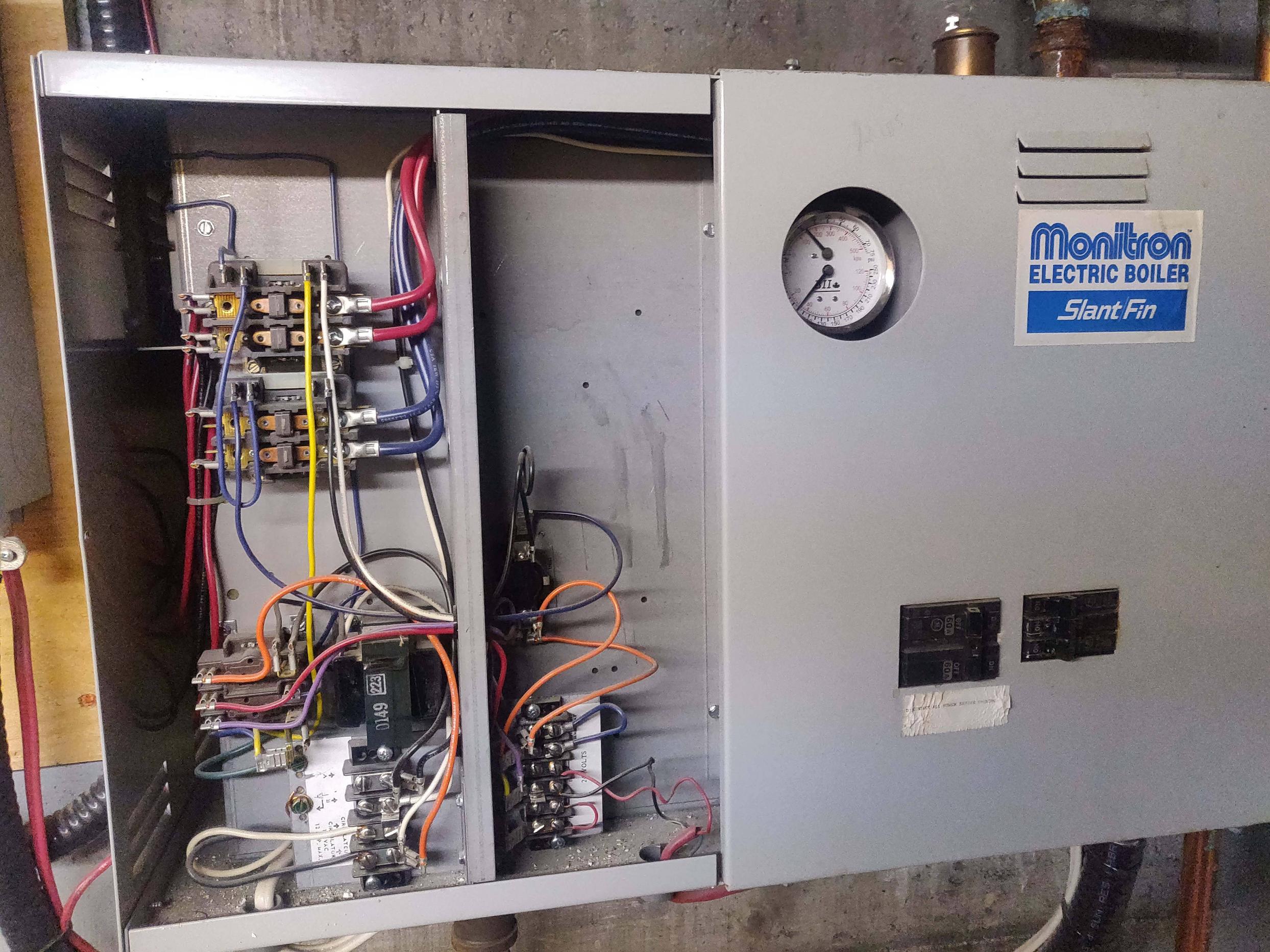 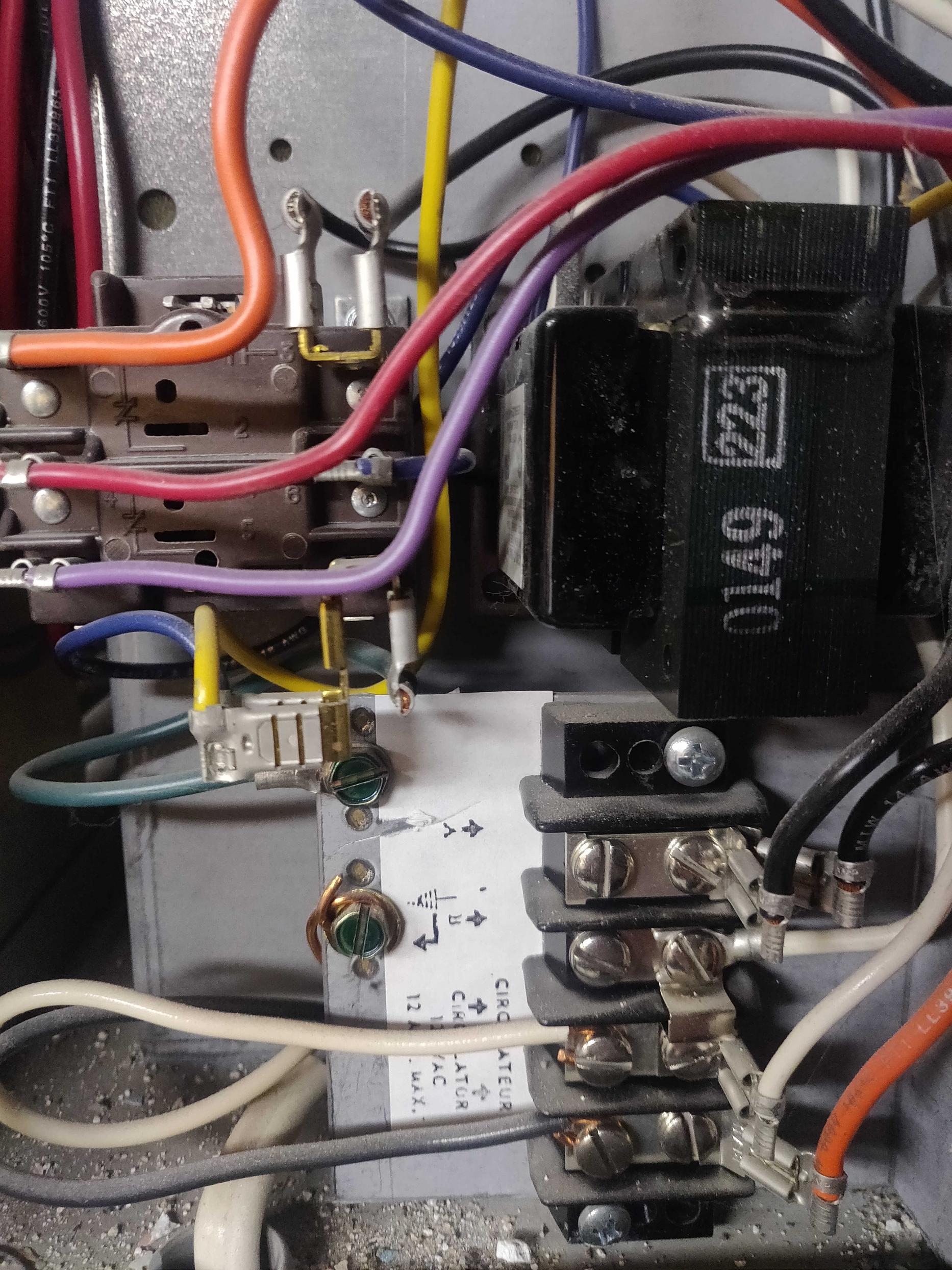 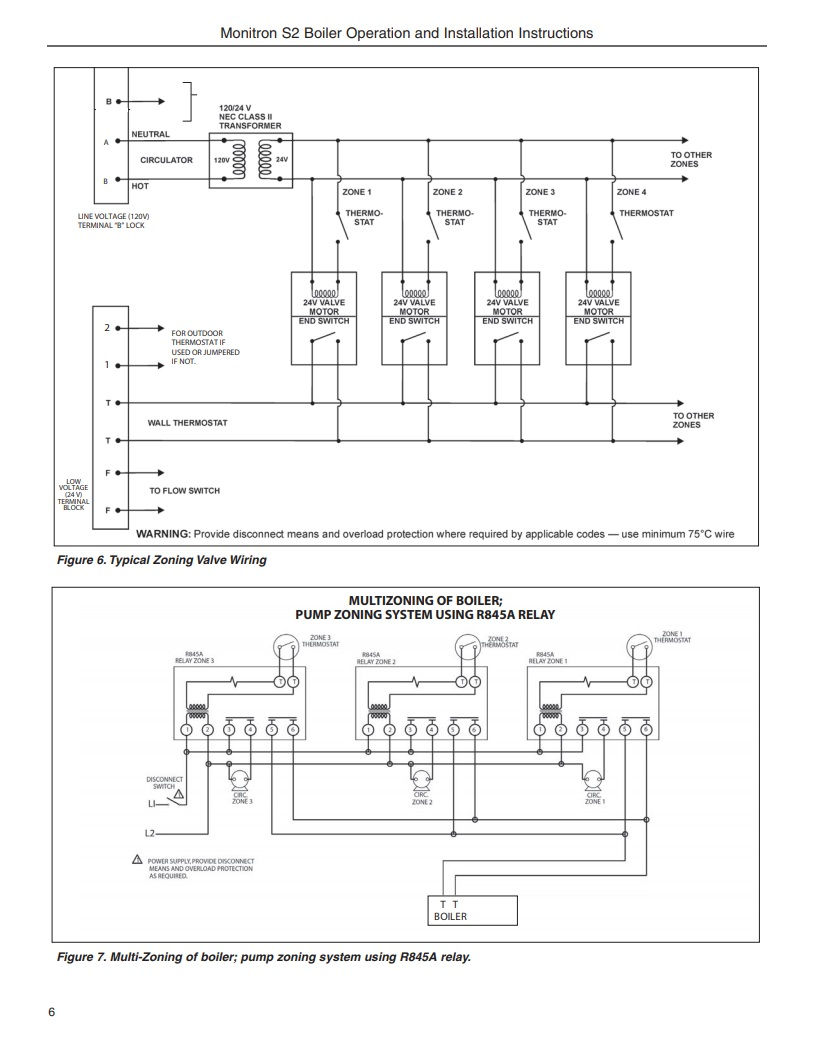 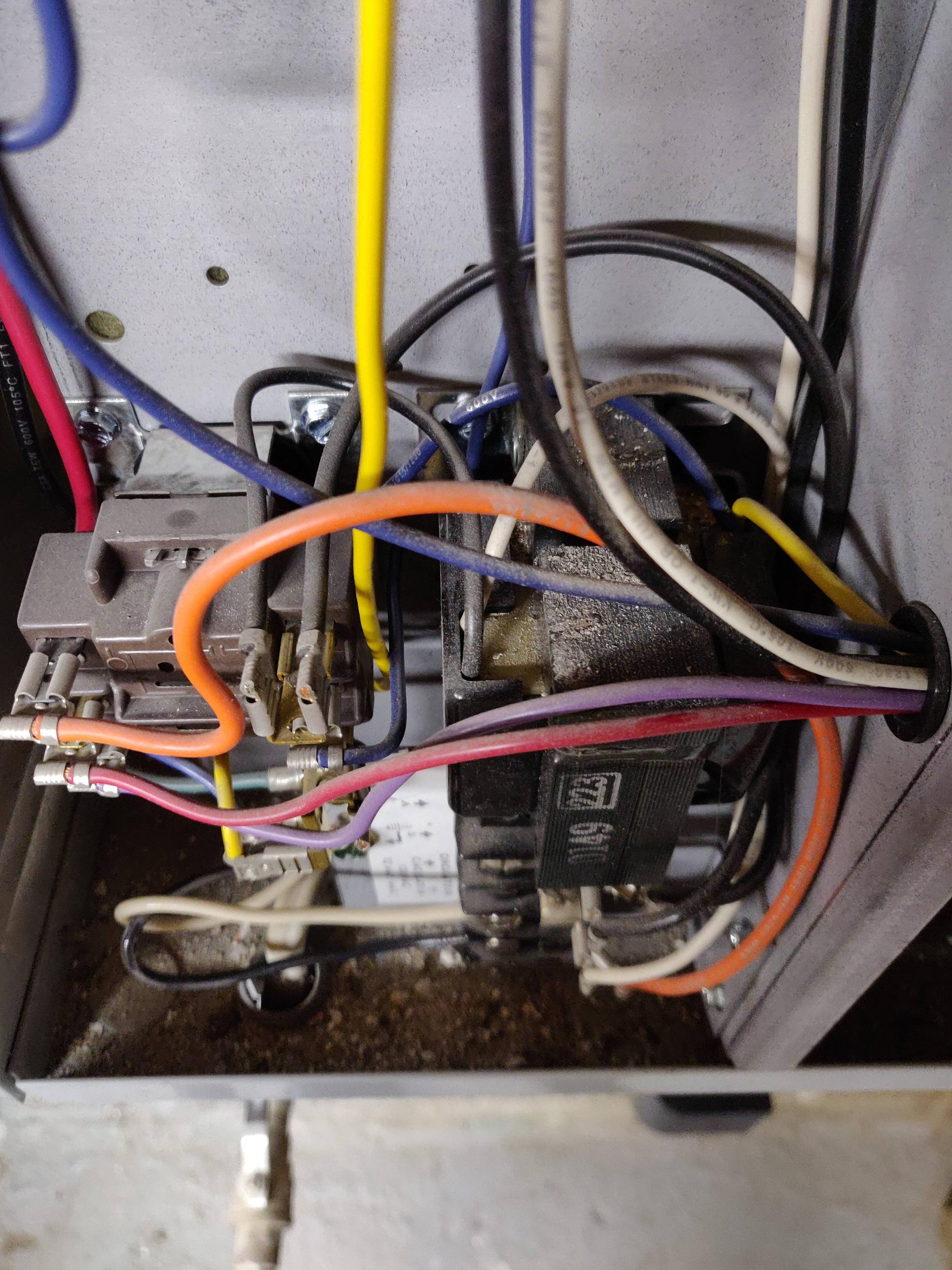 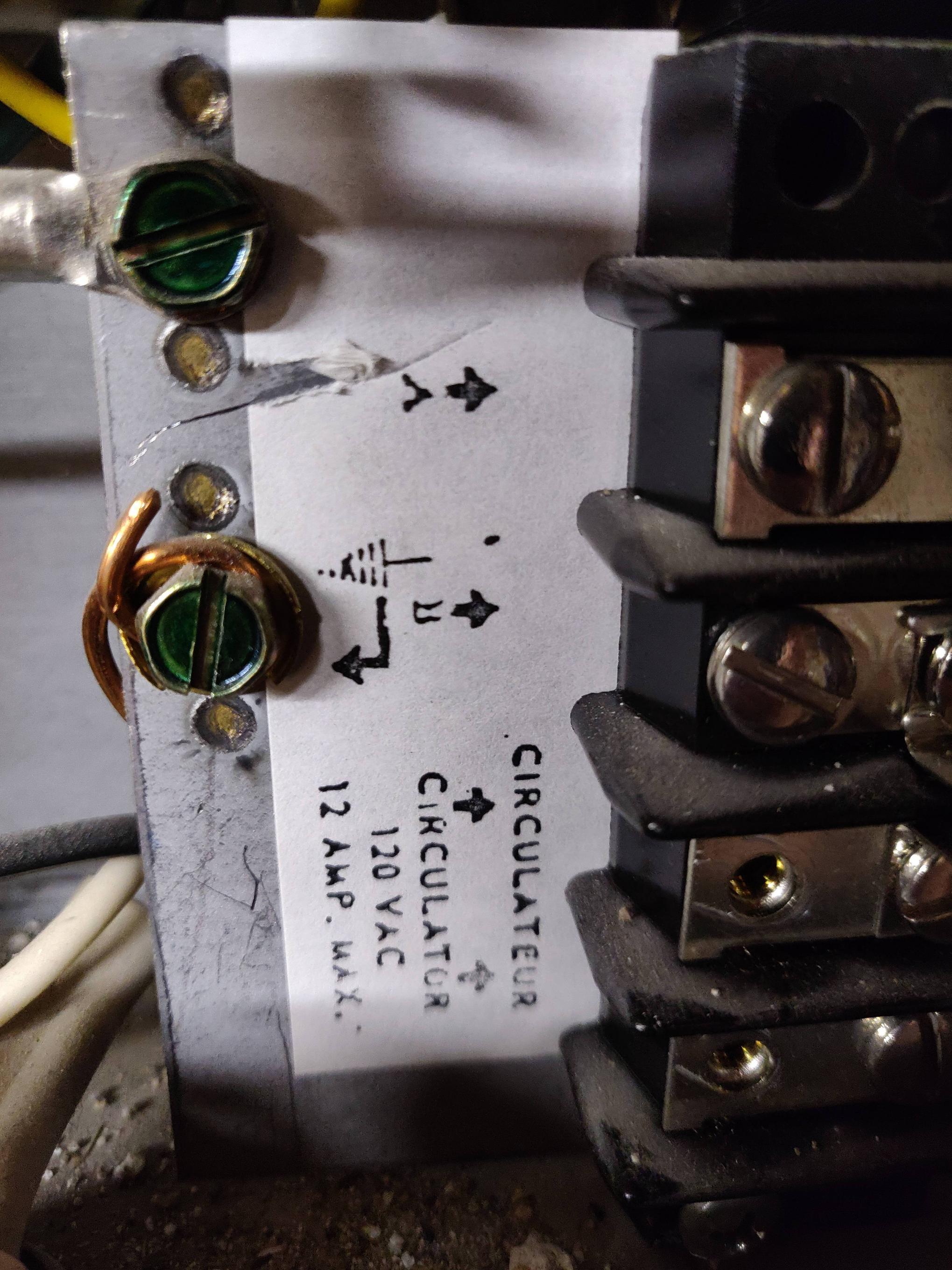 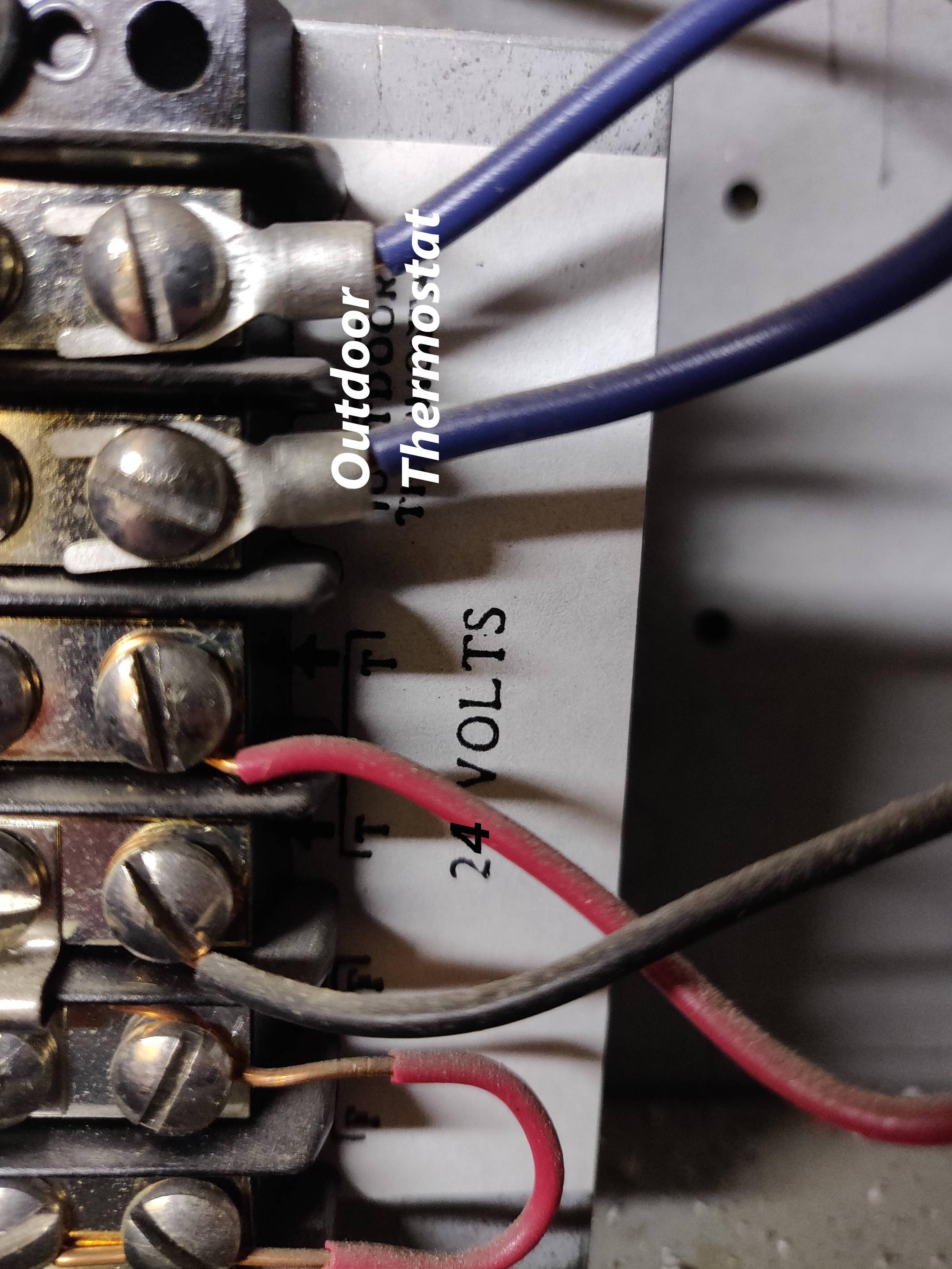 EDIT 2: Added the labels for the Terminal and Relay 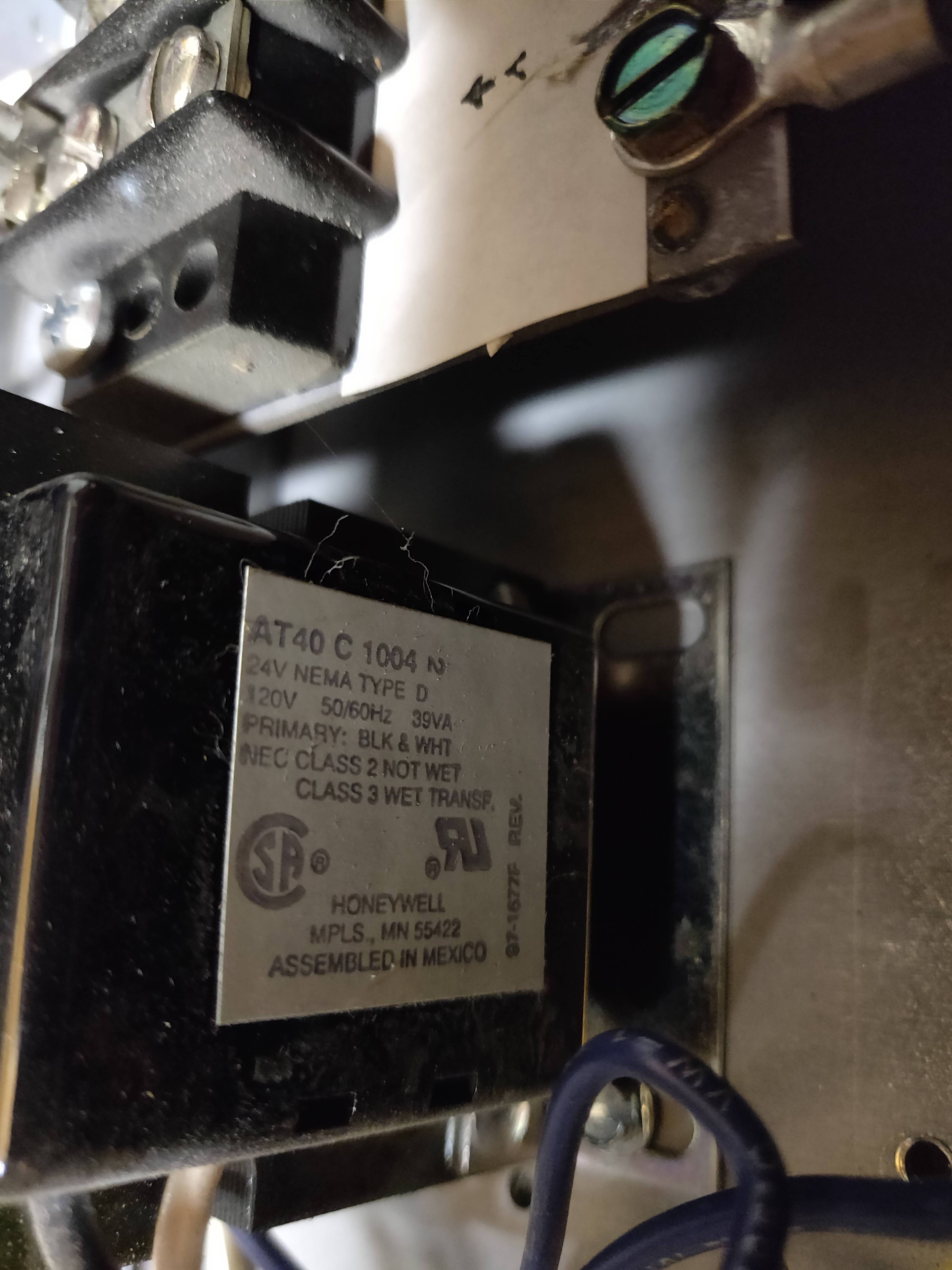 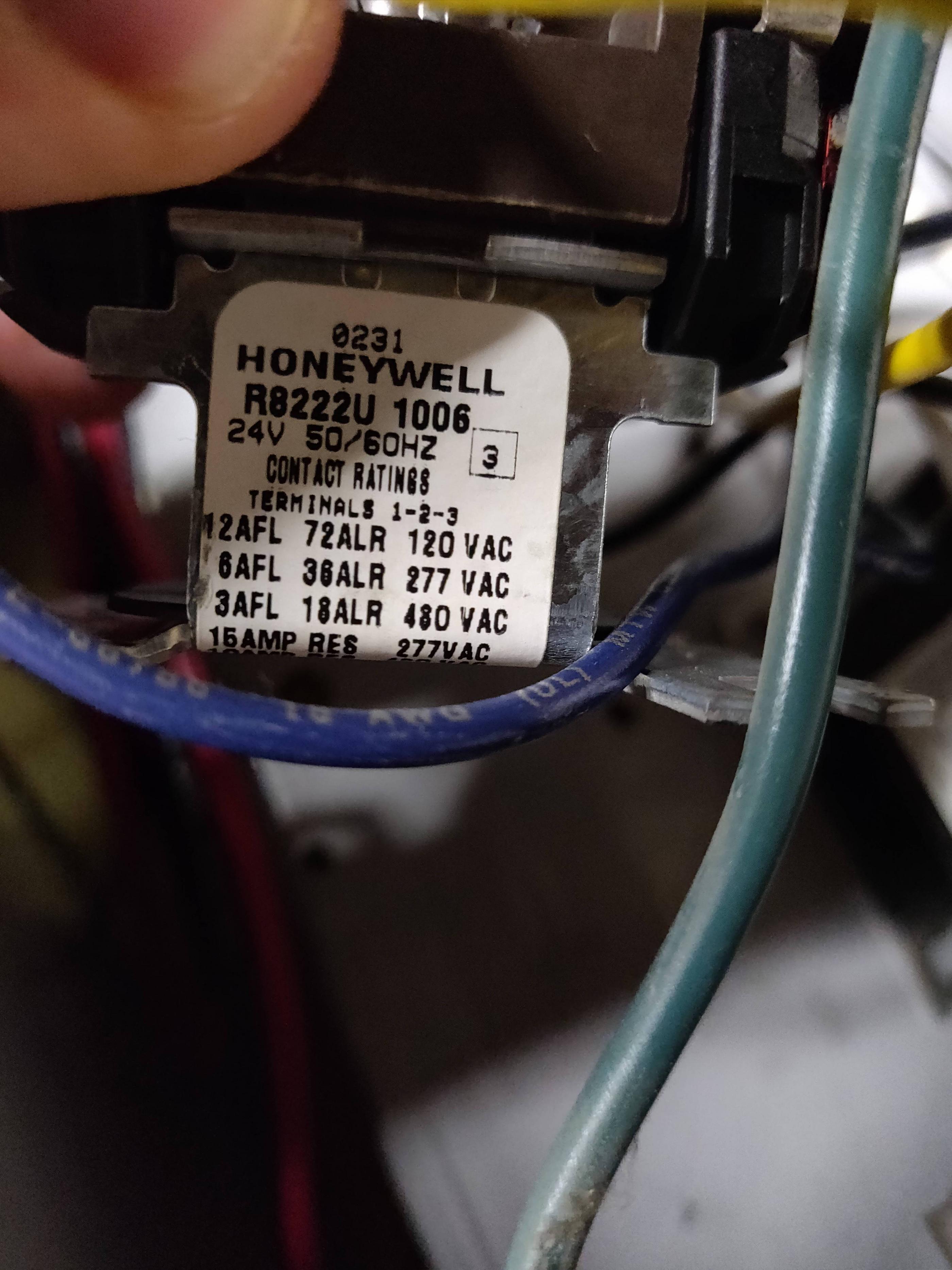 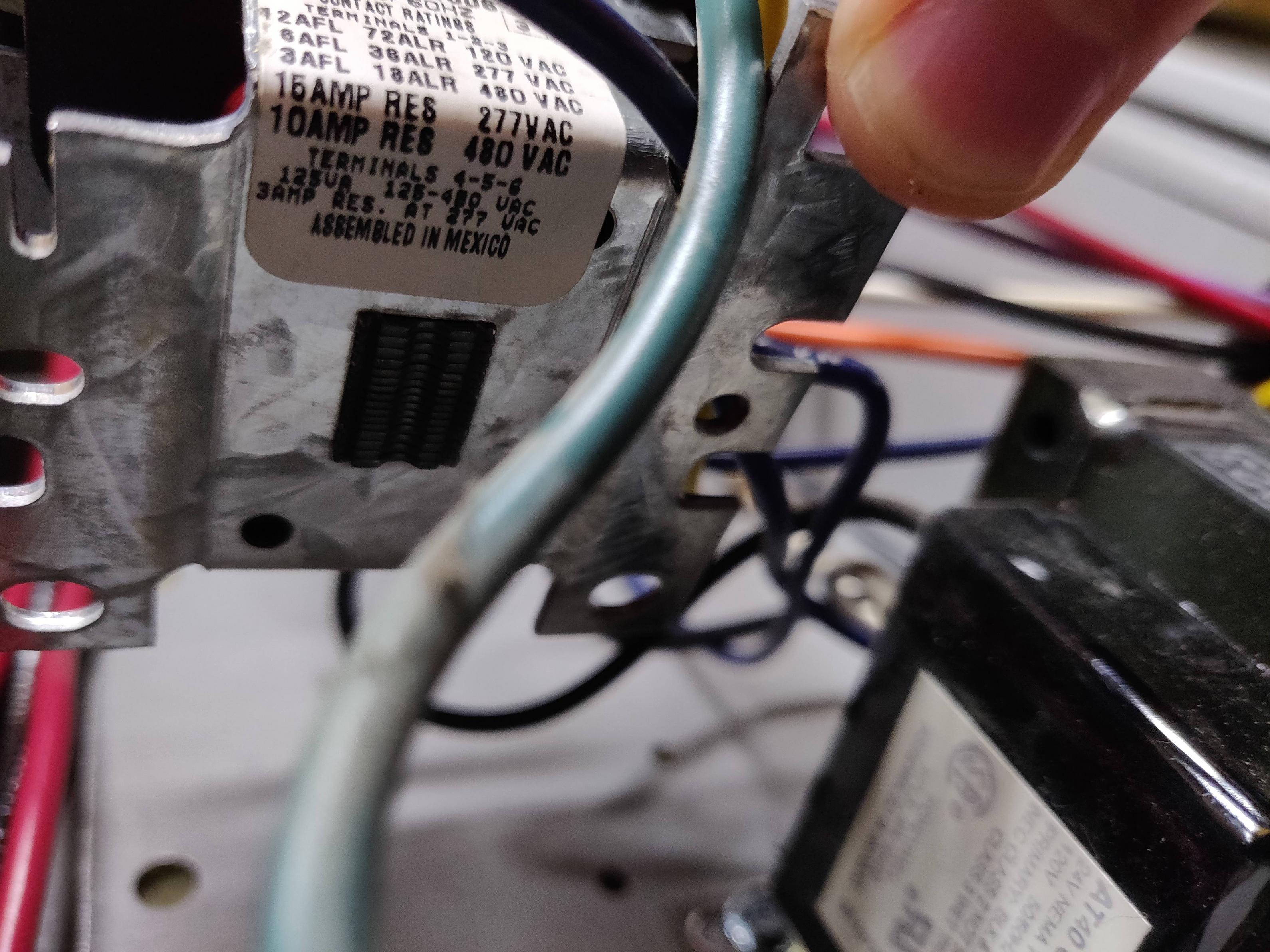 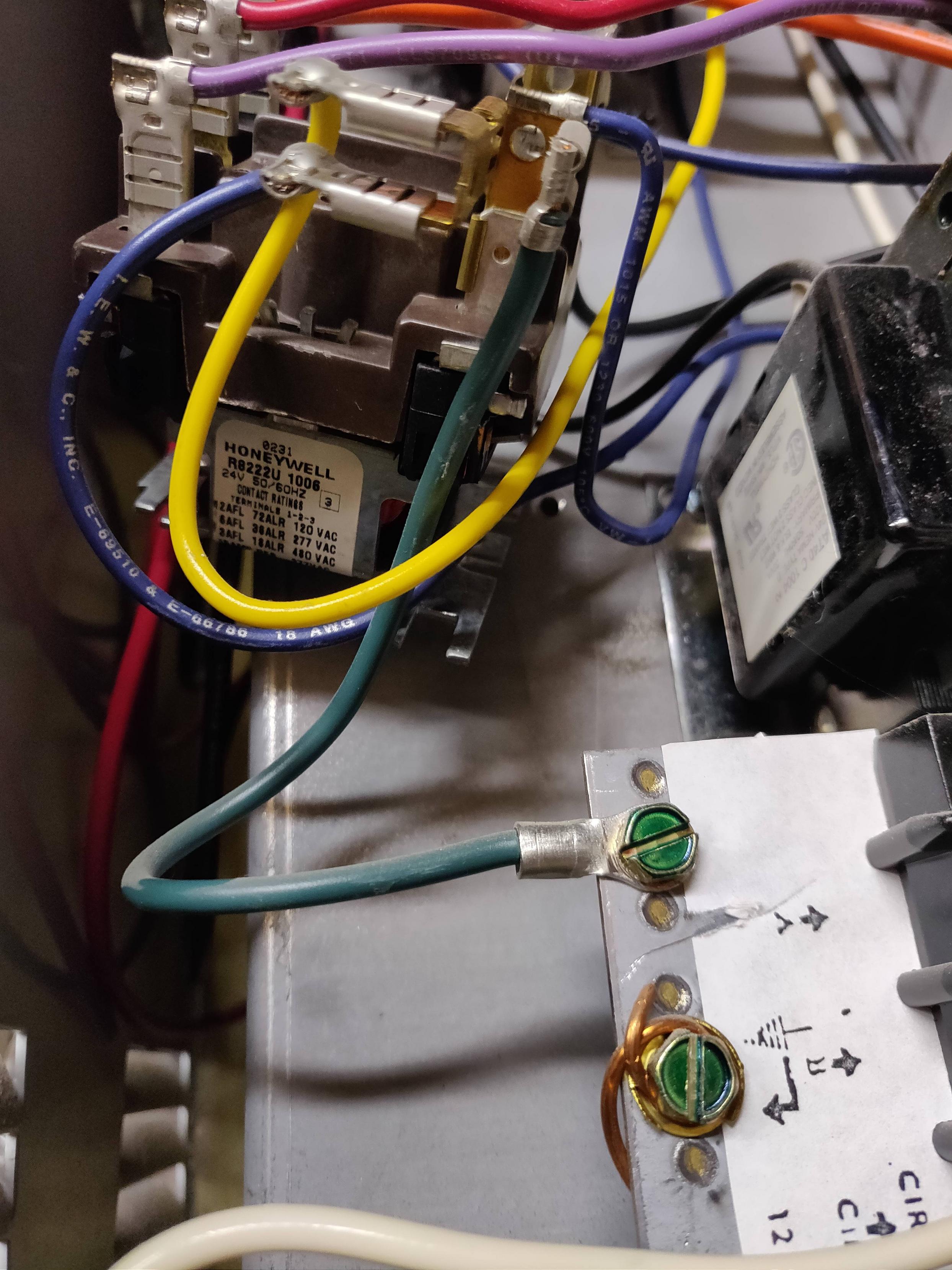 The transformer label says "PRIMARY: BLK & WHT". So its black and white wires are the 120 V ("primary") connections. Its other wires are the "secondary", ie the 24 V connections. The theory is simple enough: one of the transformer secondary wires should lead directly to the R terminal; the other one is C. I'm not certain but it looks like the secondary wires might both be blue.

Figuring out which is which, and sorting out whether your thermostat wires are reversed, is a little more complicated. Start by disconnecting the thermostat from its wiring. We'll re-connect it later.

Finally, track the C connection from the transformer secondary out to some place that's convenient to tap. Just follow it along until you get to a terminal where the C wire could be reasonably attached. Ideally it should be on the right-hand side of that barrier which divides the low-voltage thermostat stuff from the mains-voltage stuff. When you do find a good location, connect your spare (blue?) thermostat conductor there.

Now it's time to test. With the thermostat still disconnected turn the system power on. Measure AC voltage between the thermostat R and W wires and between the R and C wires. You should find something like 24-28 volts between each of those pairs, and about 0 volts between W and C. Next, short R to W to call for heat. The system should begin heating in its usual way and continue as long as R and W are shorted.

With those checks passed, go ahead and connect the thermostat.

Not the answer you're looking for? Browse other questions tagged electrical wiring thermostat-c-wire boiler or ask your own question.