Is this odd device some kind of lightning arrestor or primitive fuse? Help identify

I found this in a junk box in an attic of a house built in the 1940's. The original house owner repaired appliances and took stuff in trade, so it may predate the house. It is on a ceramic base.

It looks to me like some kind of lightning arrestor. If the cylindrical elements are wound coils, then I'd be fairly confident. Is it for early electrical connection or perhaps an early phone connection?

It's solid, whatever it is. Anyone recognize it? 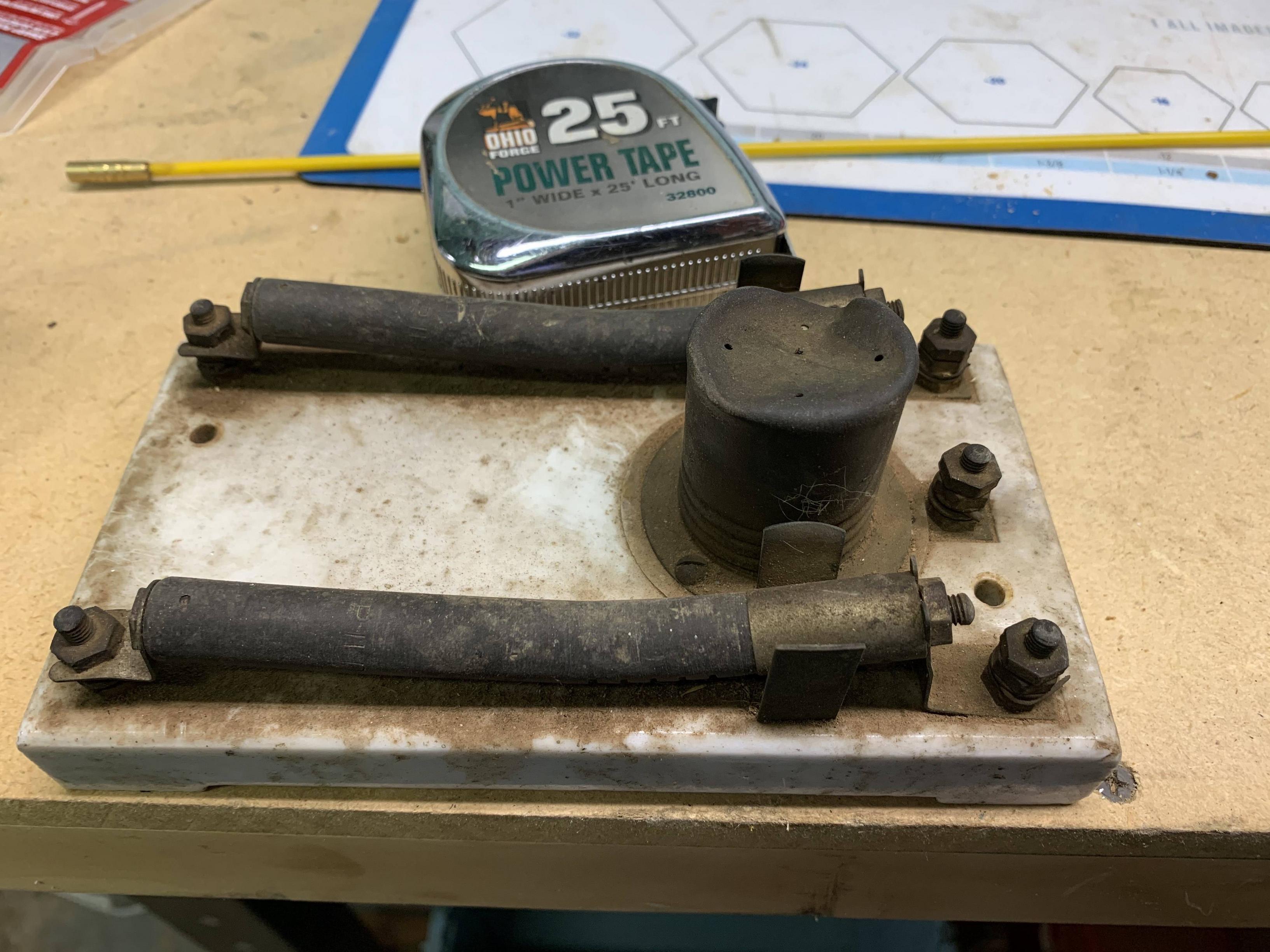 Based on this image and quote, I'm about 99.95% sure that it's an old telephone line suppressor: 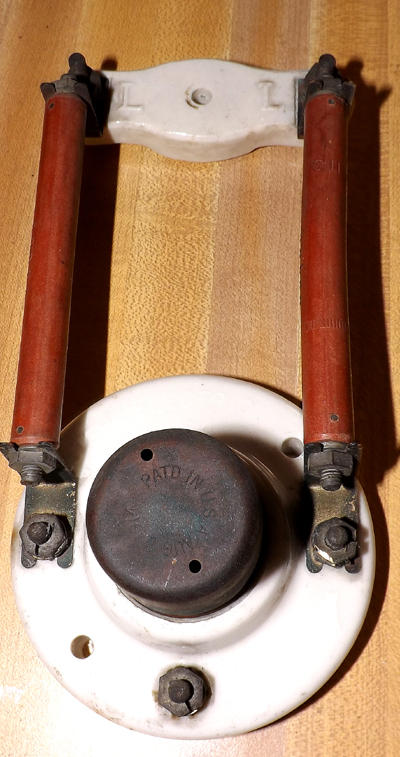 Soon after telephone networks began to spring up across the countryside, the Bell Telephone Company realized that there was a danger to both the company's property, and the property of subscribers, from such perils as lightning strikes on the network, and accidental inter-connection with power lines. As a remedy, Bell Laboratories developed protective fuses, such as the one above, which were installed at the customer's location to protect the equipment and incoming phone lines against accidental voltage spikes on the line. While modern phone systems still use a fusible protective device in the terminal box coming from the phone company, evidence of these early 1900s relics can still be found in some older residences.

Image and quote source: http://www.museumofyesterday.org/museum/page3.htm - about 90% down the page.

Or, literally do an image search for Old telephone line suppressor and you'll find things that are at least nearly the same easily.