What are recommended ways to connect fridge ice maker?

My new fridge has an ice maker, and I want to connect it to the cold water under the kitchen sink. This is how that pipe looks. Should I 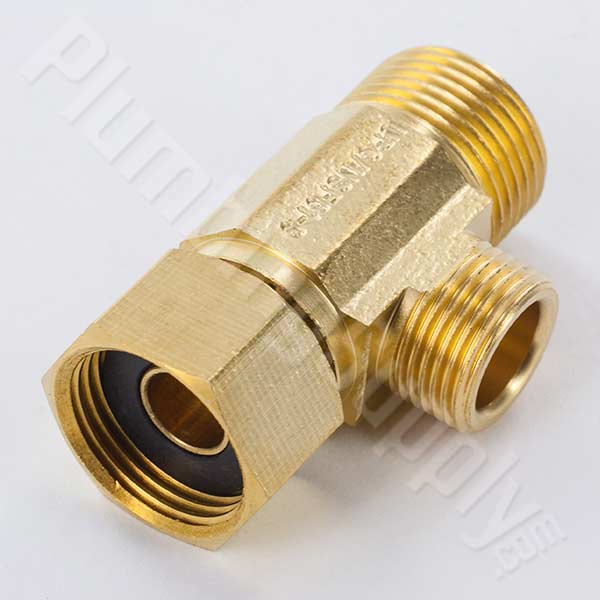 Do not use a saddle valve. In many places they are illegal...for good reason

The best way will be a matter of opinion.

In my opinion the best way would be to remove your existing valve and solder a male threaded adapter to the pipe. Then attach a brass threaded tee. Then install two separate valves, one for the sink faucet and one for the icemaker.

It depends on your experience level.

Do you have pex crimp tools?

If the answer is no to the above two then I'd go for the quick tee adapter. When something in the house breaks that needs a plumber then have them tees and shutoffs in.

The shutoff in the picture is terrible and I always find those leak, if that isn't working anymore another DIY friendly option is to sharkbite a solution. The push fittings are a little more pricey and I wouldn't bury them in a wall but they are dead easy to use and have good reliability.

I'm not a professional plumber, but in my DIY opinion, I'd remove what's left of the old, green 1/2" valve and just start over.

In my limited experience, trying to desolder the valve will likely cause the joint on the other side of the wall to come free or leak, so I'd suggest cutting it. Use a pipe cutter, hack saw, oscillating tool, or whatever else it takes to cut it off.

Just remember to protect the pipes, electrical, wood, and other combustibles/fragile bits below and around it, or you'll have lots more problems. That includes when you solder on the new fitting(s).

Clean up the cut and maybe add a 6" extension so you aren't right up against the wall. Maybe instead of an extension, use a nipple to convert it to PEX or something easier to work with. The tools for PEX are inexpensive and the materials for PEX are less expensive and easier to work with than copper. CPVC is also an option and similar to using PVC piping in ease of use, but also has similar drawbacks when using it. Don't get me wrong, PEX has limitations, too, but so does copper.

Regardless, once you have a new starting point, you can do whatever you want to from there. You can add whatever valve (not vampire/saddle valve) or splitter/tee you want.

So yes, this will take time to complete the project, but it's better than having a leaky or cobbled together mess. The current 1/2" valve shows some leakage already, with the bit of white on the "top" side (WRT the pic), and it's almost guaranteed to leak at some point in the future, so just deal with it now, when you have eyes on it already.

And, as a reminder from the comments below, turn off the water before doing any work. Taking a shower shouldn't be done while you're trying to work. Well, at least not for this job.

BTW, what's that bubblegum mess near the fitting on the end? Is that just solder from a messy previous joint that was removed or is that some attempt at a sketchy repair? Also, I hate compression fittings like your current one. I just don't trust them. I've seen them leak too many times in my non-professional time working with plumbing, car repair, and doing other stuff. PEX uses a style of compression fitting, but it's a much more reliable fit, so I'm ok with it. I just replaced some of my own copper and it worked just fine. And I took the advice of my dad, who wasn't a professional plumber either, but worked closely with them for years and they used PEX enough for him to be comfortable with replacing some of his copper with it, too.

FWIW, here's the "after" pic of how a pro (not me!) installed the icemaker connection. 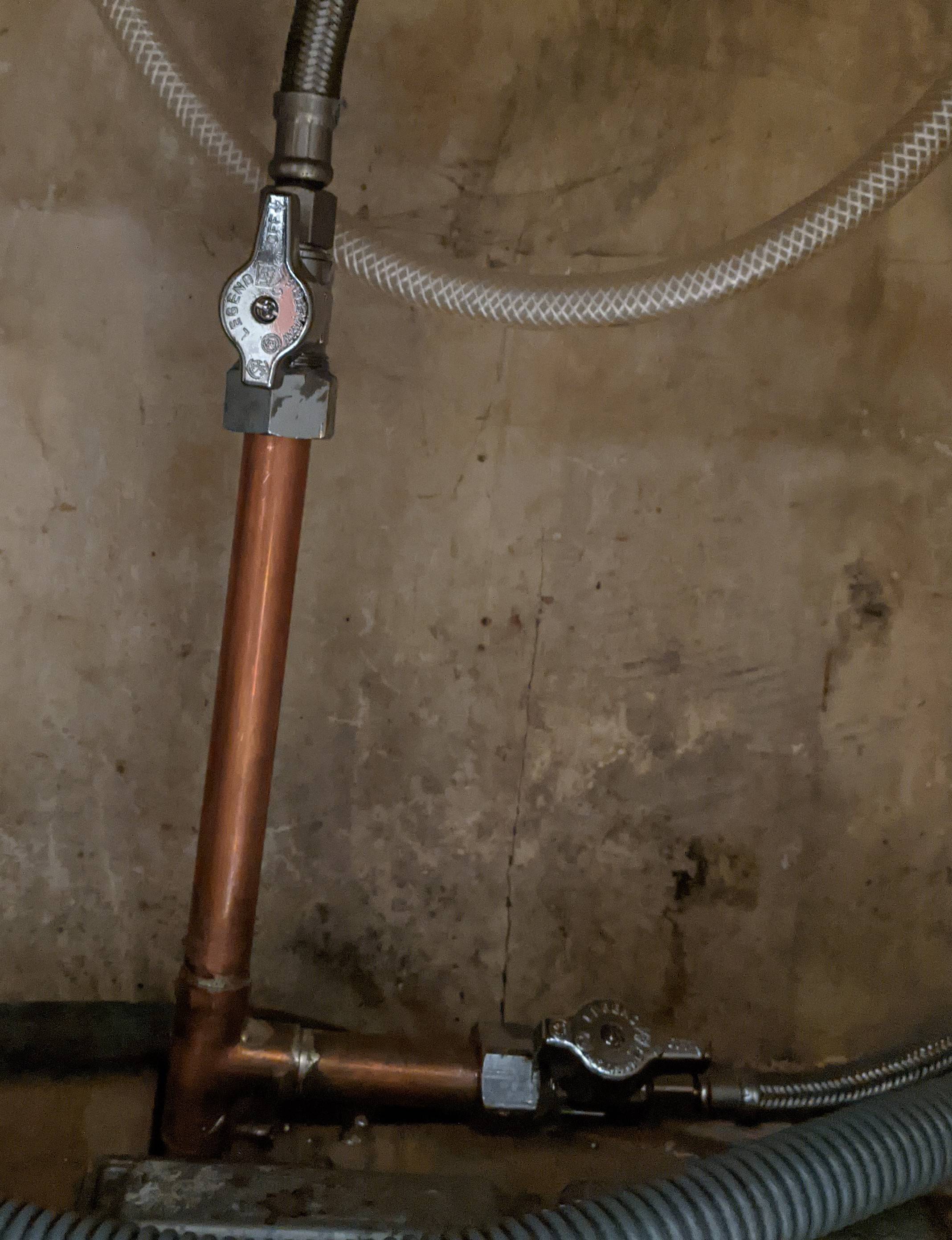 Not the answer you're looking for? Browse other questions tagged plumbing refrigerator ice-maker or ask your own question.

8
What size is an ice maker connection?
0
What specific fitting do I need to connect a 1/4“ copper refrigerator water tube to a 3/4” steel water line that's already in use?
0
What pipe/adapter do I need to make this sink connect to this P trap?
0
Ice Maker Not Filling Fully or Dumping Ice - Supply Issue?
2
Connecting an Ice Maker hose directly to a tap
1
What threading type is my ice maker shut off valve?
0
Ice Maker dead leg
1
Low Ice Maker Water Line Pressure
2
Ice maker to sump pump has water run back into it, any ideas for a fix?