I have a slightly complicated TV mount job that I’d like to get your help on: 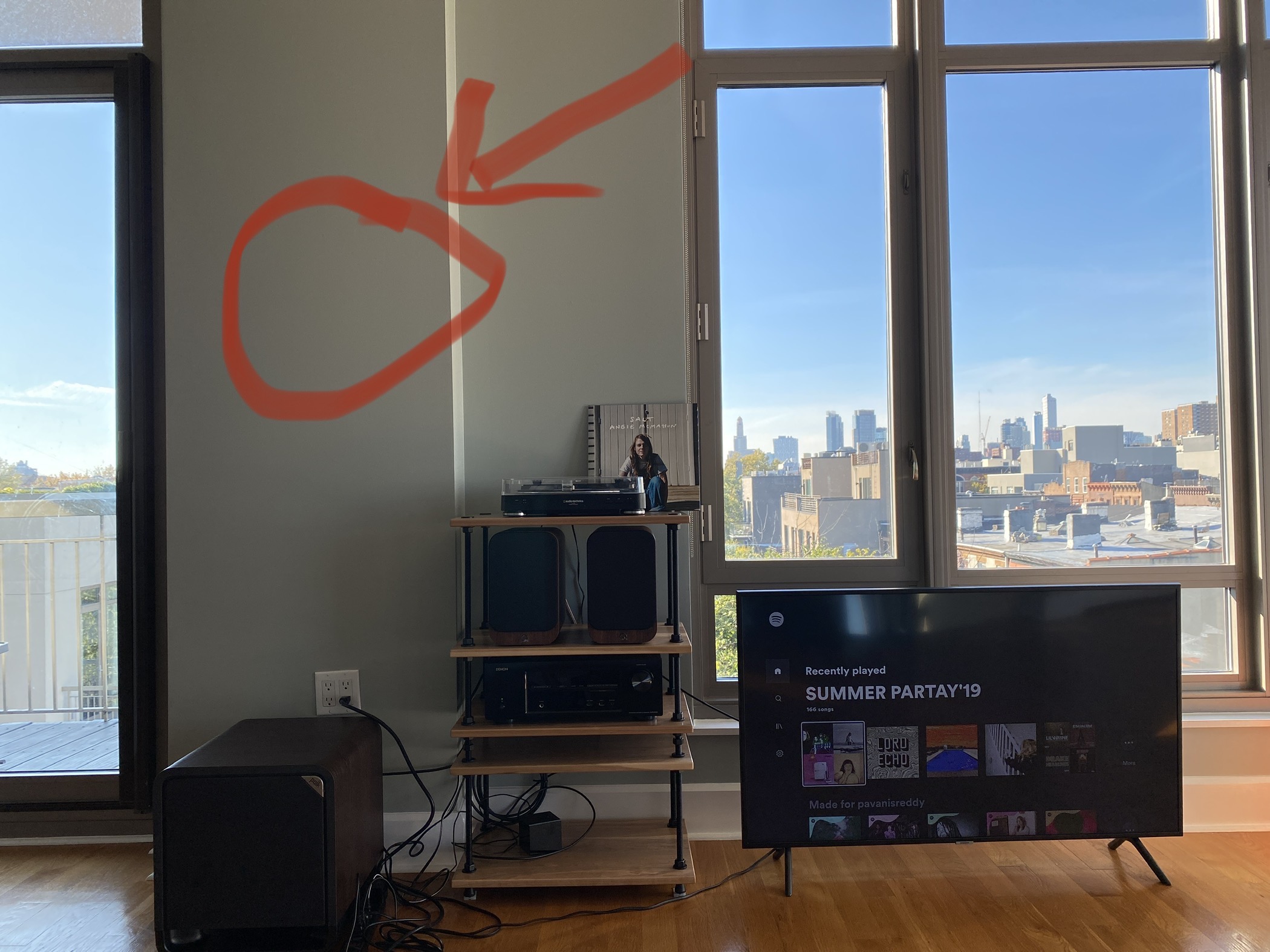 I got some initial feedback that the metal corner / L angle at the end of the wall is hard to work with and very weak. I'm unsure if this is true and whether this person was just scared to work with it.

I want to stay away from trying to only use the 1 metal stud for structural integrity purposes.

That corner angle is definitely not a good anchor point, it's actually worse than the drywall itself. It's not a structural piece it's a finish piece. I avoid drilling into that corner angle because you can easily mess up the finish of the corner. I certainly wouldn't put any weight on it, that would be asking for trouble. But you probably don't need to anchor there anyway.

The best thing to do is attach the center of the mount to the metal stud with toggle bolts. You'll have to locate the stud very precisely and drill the pilot hole through the drywall and the stud. This will be very strong and with a 30 pound TV would likely be adequate on it's own.

However, you'll definitely want to add four more anchors at the corners of the mount. If the right side hangs past the corner, just position the two on the right side a couple inches inside the corner. Don't try putting them in the corner. These four toggles will bear some of the weight but more importantly will prevent the mount from twisting. These could be some weaker anchor since the toggles in the stud are doing the real work, but I'd just use toggles here too.

Not the answer you're looking for? Browse other questions tagged studs metal television mount or ask your own question.

4
How much movement is normal after mounting a TV on partition wall?
3
Mounting Full Motion Mount on a Single Stud
3
What should I do if one of the screws for a TV mount breaks?
1
Is it safe to mount a 40" TV fitted to drywall using one metal stud and snaptoggles?
1
Mounting TV on metal studs?
2
Articulated arm wall-mount (13lb. LCD monitor), 25 gauge metal stud, 3/4" drywall
2
Mounting articulating Arm for TV (43”) to wall with metal studs
2
Tv will be off center if mounting to studs