Why is my sprinkler system backflow leaking after being winterized?

After having my sprinkler system winterized, I noticed water leaking from the spigot. I thought it would stop once all the extra water came out but it is still leaking after 1 week.

I turned the spigot to the off position and after about 30 minutes I noticed a slow leak coming from somewhere on top around the back flow area. Right now I have the spigot turned back on so the leak will come out from the spigot instead.

The main water shut off to the sprinkler system has been shut off from inside.

Another key note is the main sprinkler water valve inside the house is shut off and well as another valve closest to the wall of the sprinkler pipe is shut off as well. So two valves on the same pipe inside the house. Those don't have any leaks but I'm hoping they don't need any repairs?? I thought those would be preventing any water from going outside to the system.

Inside shut off valves are both off and not leaking. Another member mention this might be the issue. They are both not leaking. Since being shut off for winterizing. 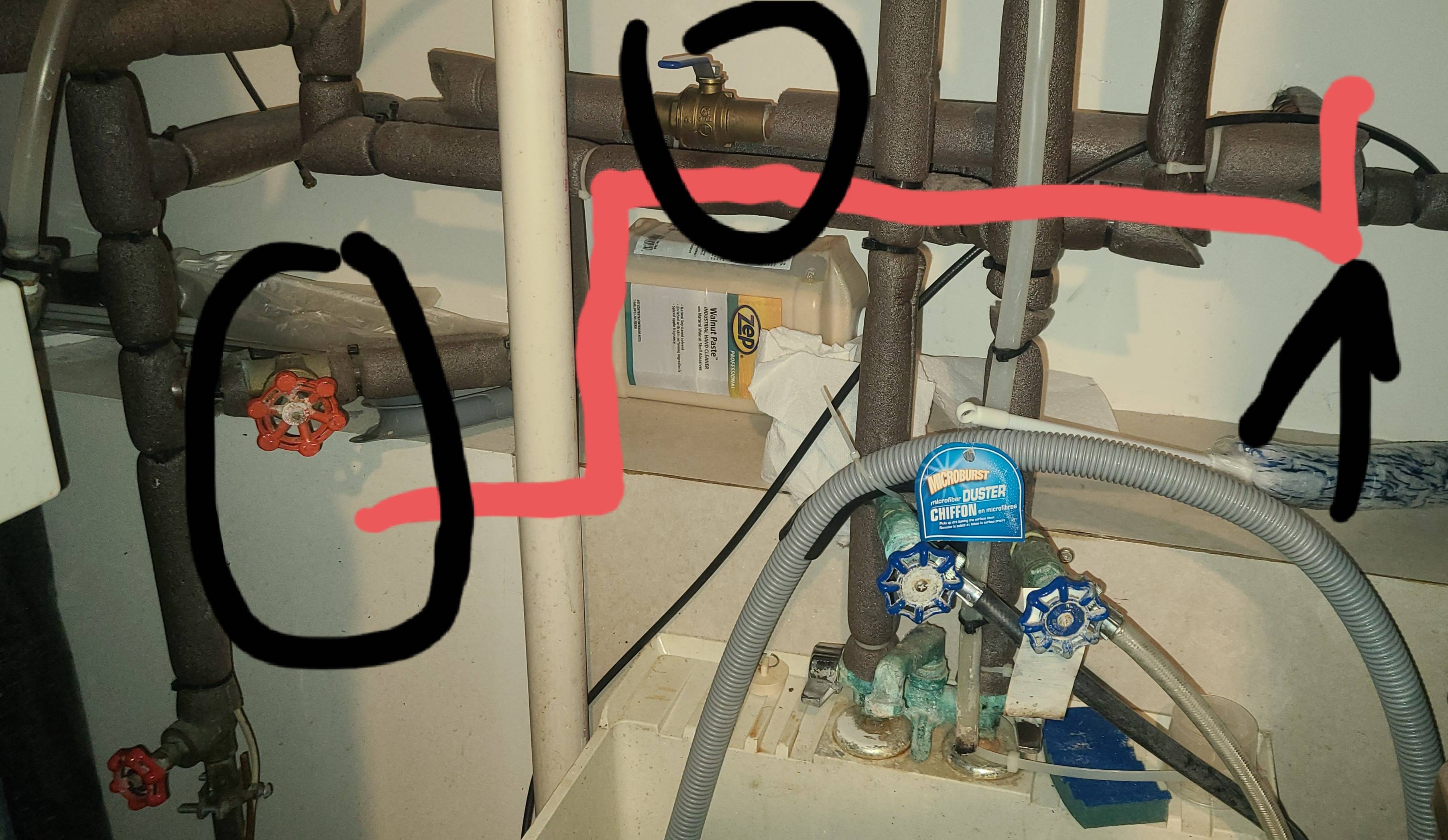 Your main shut-off is leaking ( not shown ) into the system. Until it completely stops water flow ,leave the red hose bibb open to prevent water from going into the rest of the sprinkler system. I would also open the unmarked blue handle valve to help the sprinkler system drain.

Not the answer you're looking for? Browse other questions tagged sprinkler-system backflow-preventer leaking or ask your own question.