How should I go about connecting a switch's ground wire to this apparent grouping of ground wires?

We have an old dimmer switch in a two-switch box (next to a regular light bulb) (in California). The old dimmer switch's button no longer works right, so we wanted to replace it with a new one. We got a Lutron switch to replace it, and I looked over the instructions, but when I saw the wiring of the old switch it made me hesitate. The main thing I'm concerned about is the ground wire.

So what should I do? Is this normal wiring? Is it safe? Should I mimic it with the new switch? Should I leave it to an electrician? Are there particular instructions that I should follow, or would I need any special tools to open/close the fingers around the ground wire if I were to do the same thing for the new dimmer switch?

As it is, I pushed everything back in the box and screwed it back in (I hadn't disconnected any of the wires). Thank you. 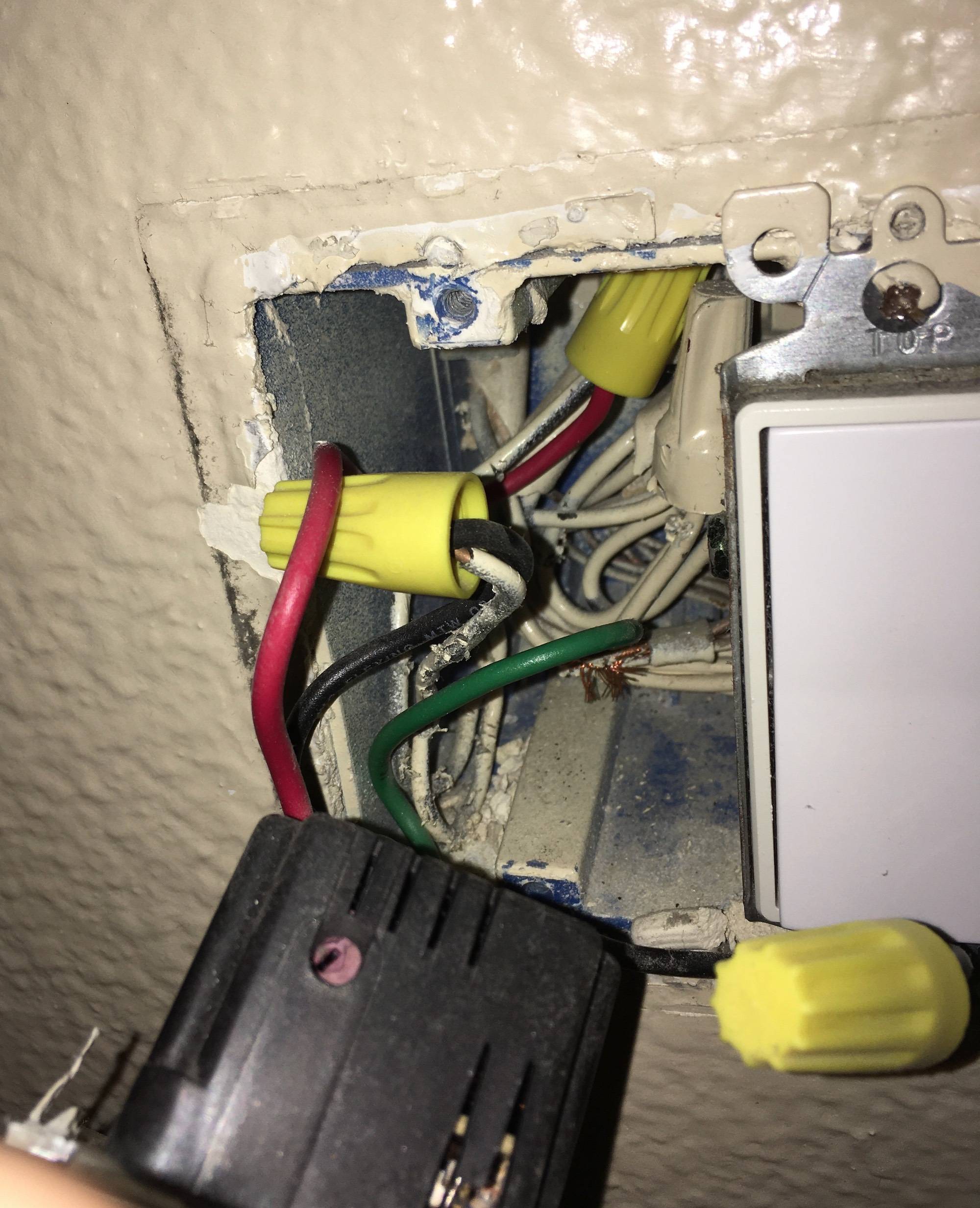 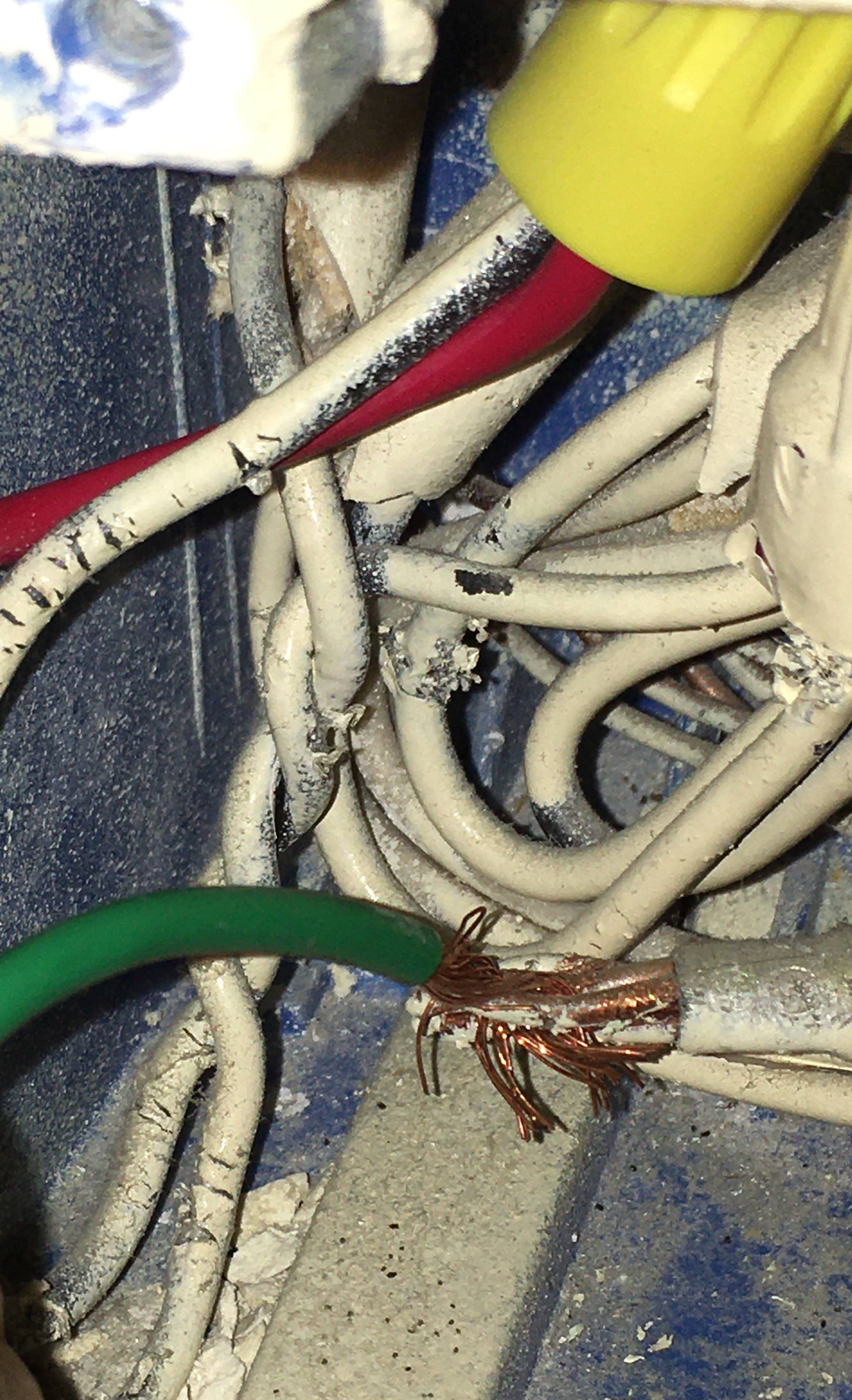 The old dimmer is not properly connected to ground (an attempt was made, but it's not good workmanship...)

If one or more of the grounding wires that are in the crimp stick out far enough on the other side of it you can use a wire-nut to properly connect your new dimmer's grounding wire. Can't see if that's the case since they appear to be behind the other switch in your pictures.

Not the answer you're looking for? Browse other questions tagged grounding dimmer-switch or ask your own question.

2
How do I wire up a 4-wire dimmer switch when I only have two 2 wires from the wall?
0
Replace a dimmer switch with a regular light switch
1
Replacing a single-pole switch with a dimmer
0
Two dimmers (for two separate lights) in one junction box where there's only White, Black and Red coming out of the wall
0
Why would there be an additional cable in double gang box for 2 light switches?
1
What should I do about no ground wire
3
How to wire a 3-way dimmer switch in box with three cables